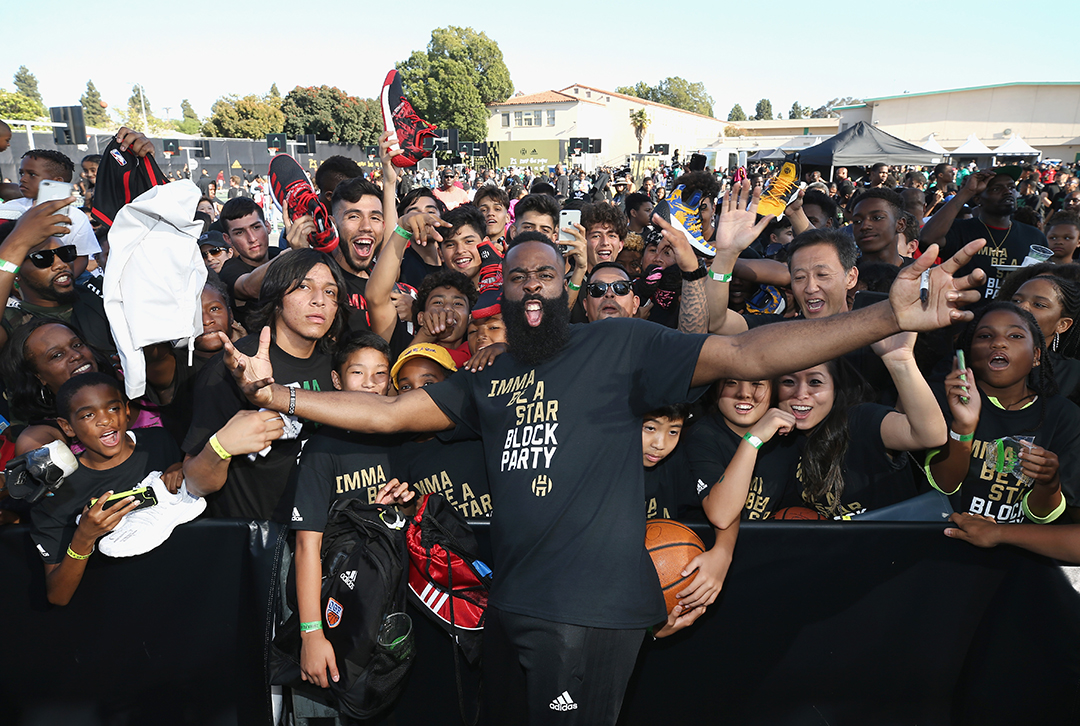 If you follow this site at all, or are a fan of James Harden, the “Imma Be a Star” logo and colorway should be very familiar. First, what does it mean? Well, when James was a kid, a freshman in Los Angeles, he autographed a piece of black paper with a gold paint pen and added “Keep this paper — I’mma be a *.”

The note was audacious and far-reaching, but it turned out to be true in a huge way. As for the shoes, it started with the release of the Harden Vol. 1 ‘Imma Be a Star’ last year; adidas gave James, and us, a black upper with gold accents to mirror the original note.

To create something new for the next generation, Harden and the adidas crew went back to his stomping grounds in LA, specifically to Audobon Middle School, where Harden grew up. Arriving on a firetruck colored in the IBAS makeup, Harden unveiled the re-done outdoor courts in the Harden LS 2 Buckle (his latest lifestyle sneaker). There are twelve courts with new painted lines, backboards, and ball racks. The courts were ready for play and look fantastic. In addition, the gymnasium is getting an adidas makeover as well — just in time for the new school year.

Food was served, music was provided by Rick Ross and Famous Dex, and shoes were given away and autographed for the crowds. Harden’s mom, Monja Willis, also appeared to talk about her son and of course, that note.

We are still waiting to see if Harden runs away with the NBA MVP award this year, but for the kids of Audobon Middle School, James definitely wins. 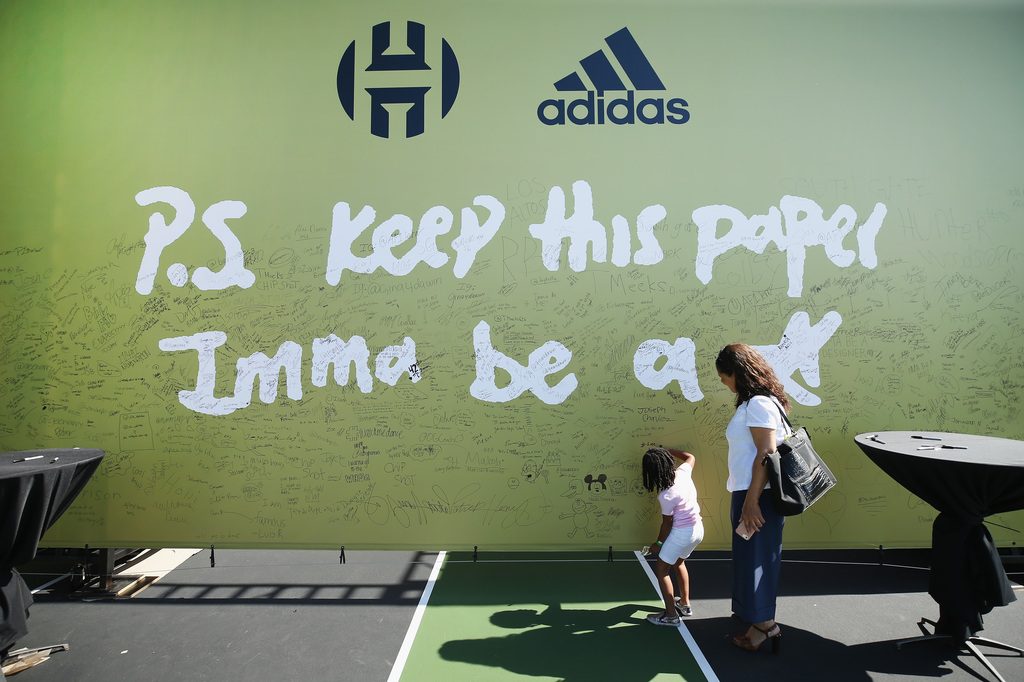 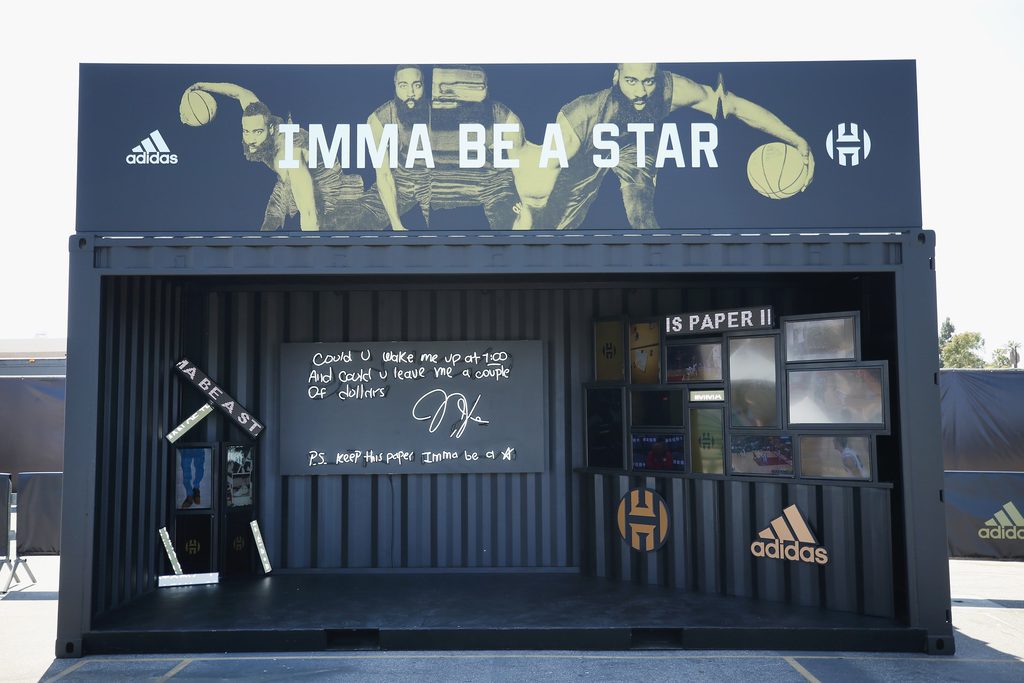 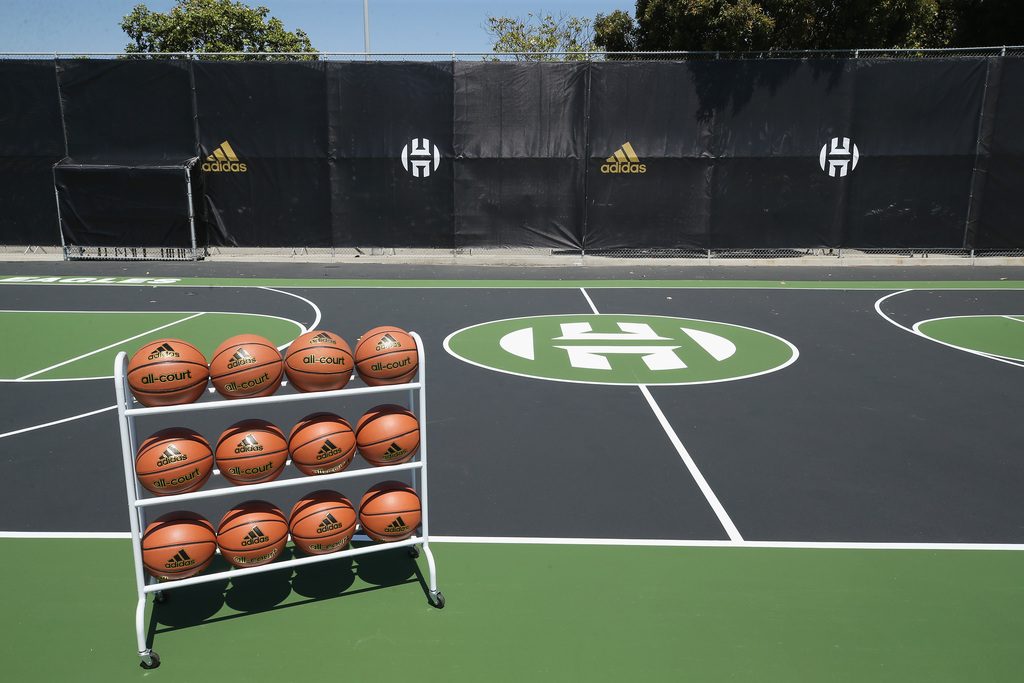 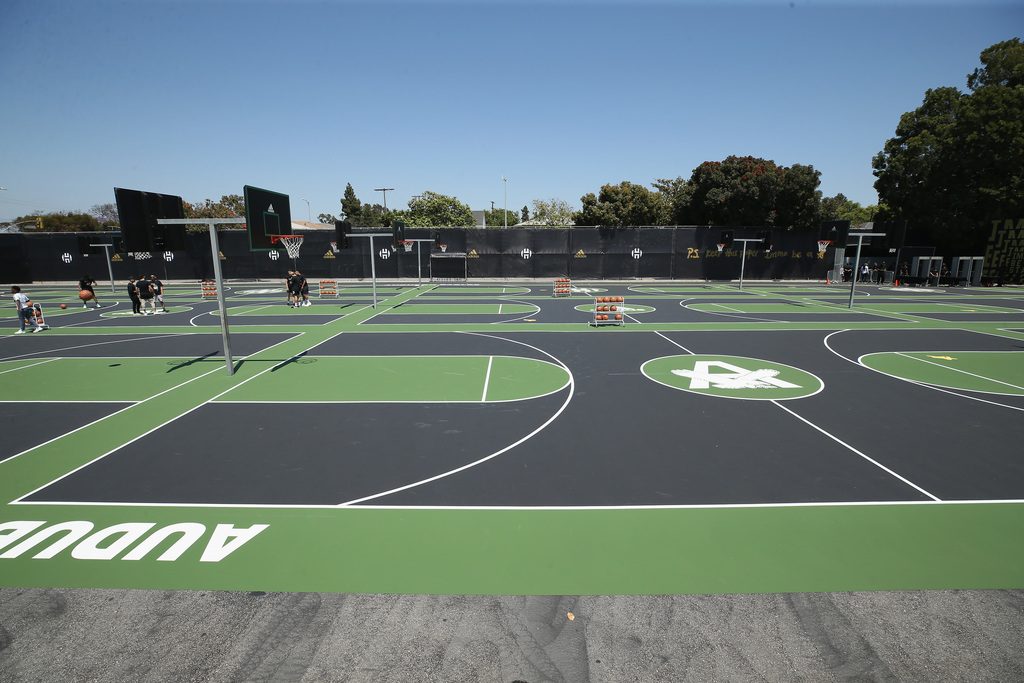 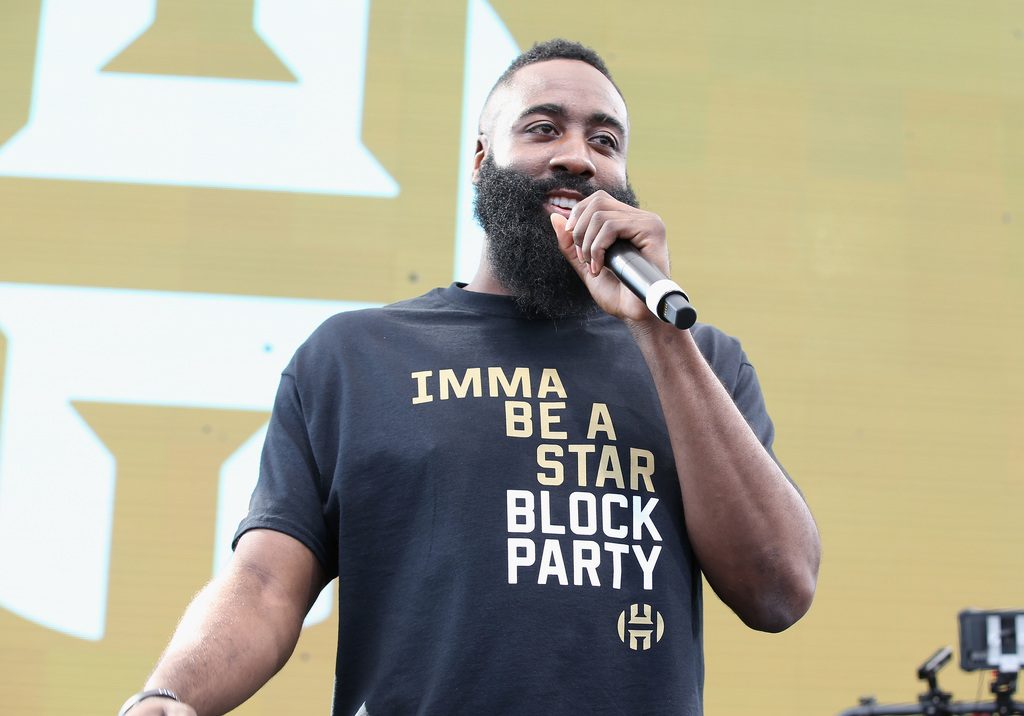 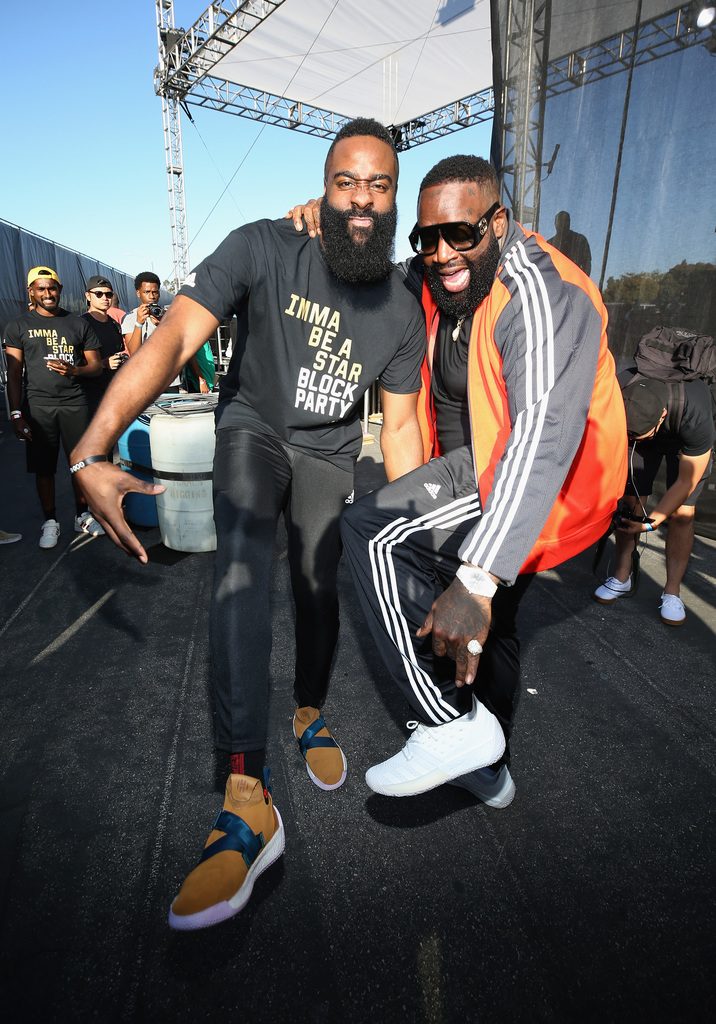 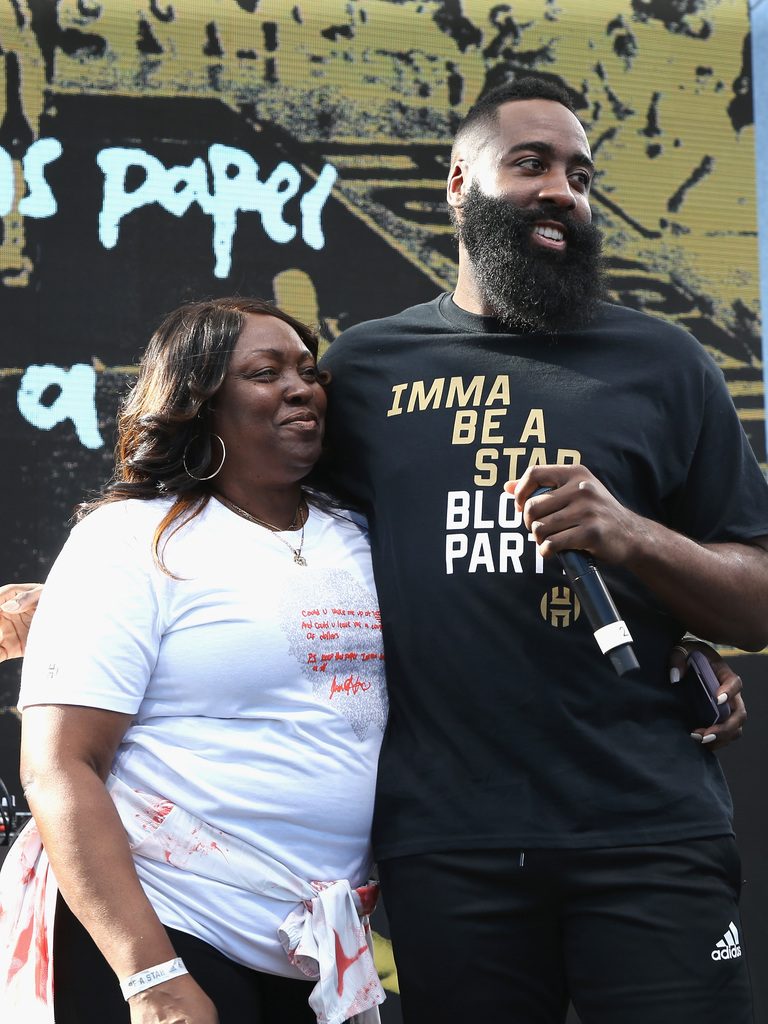 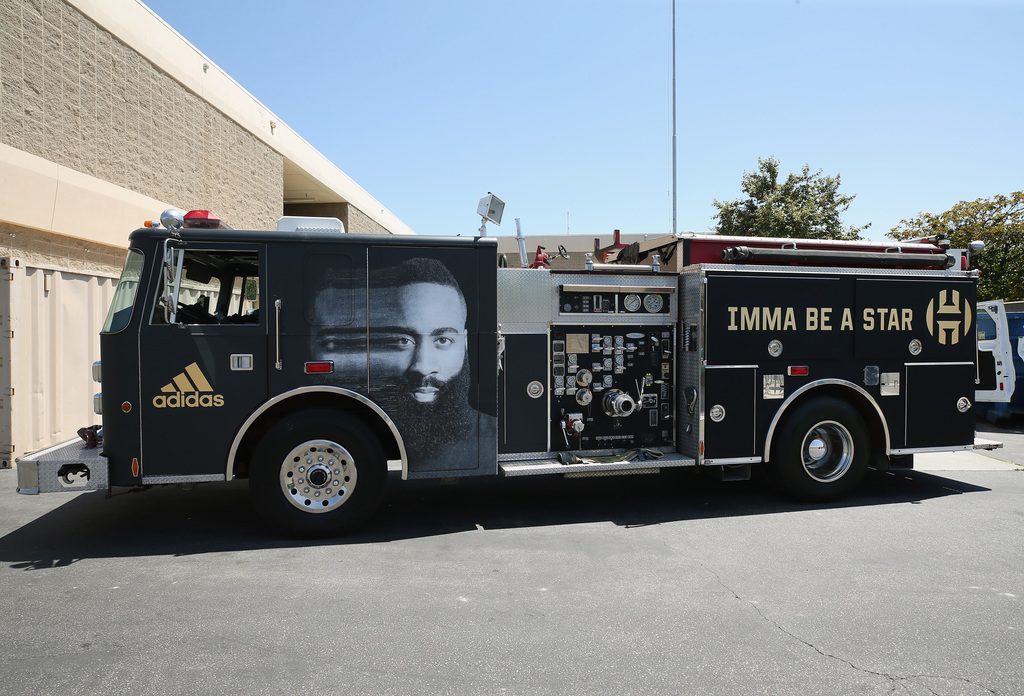 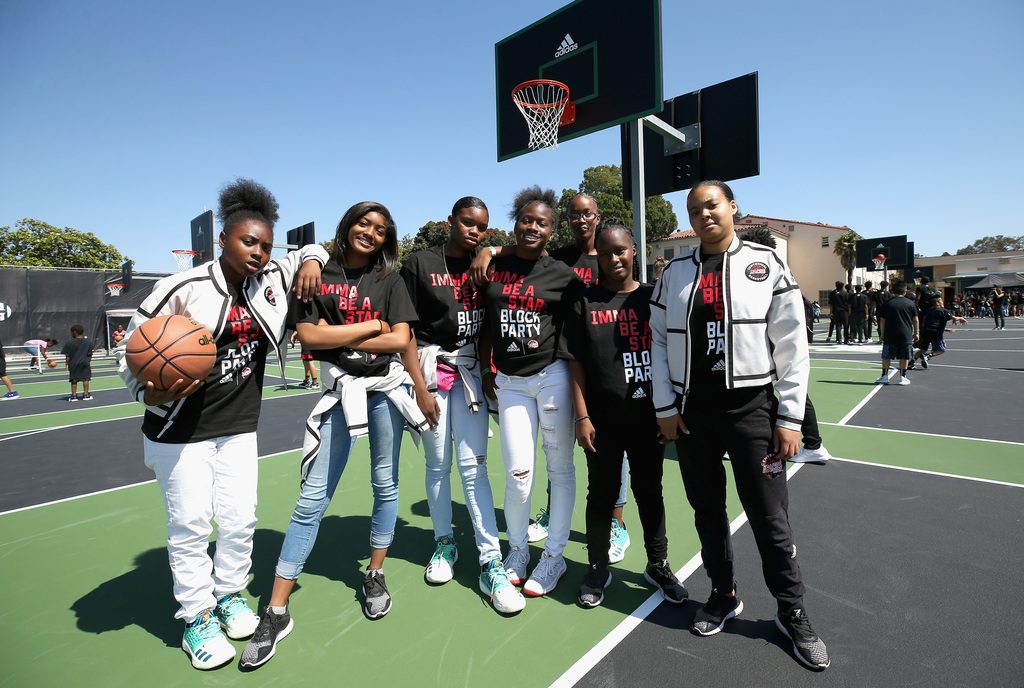 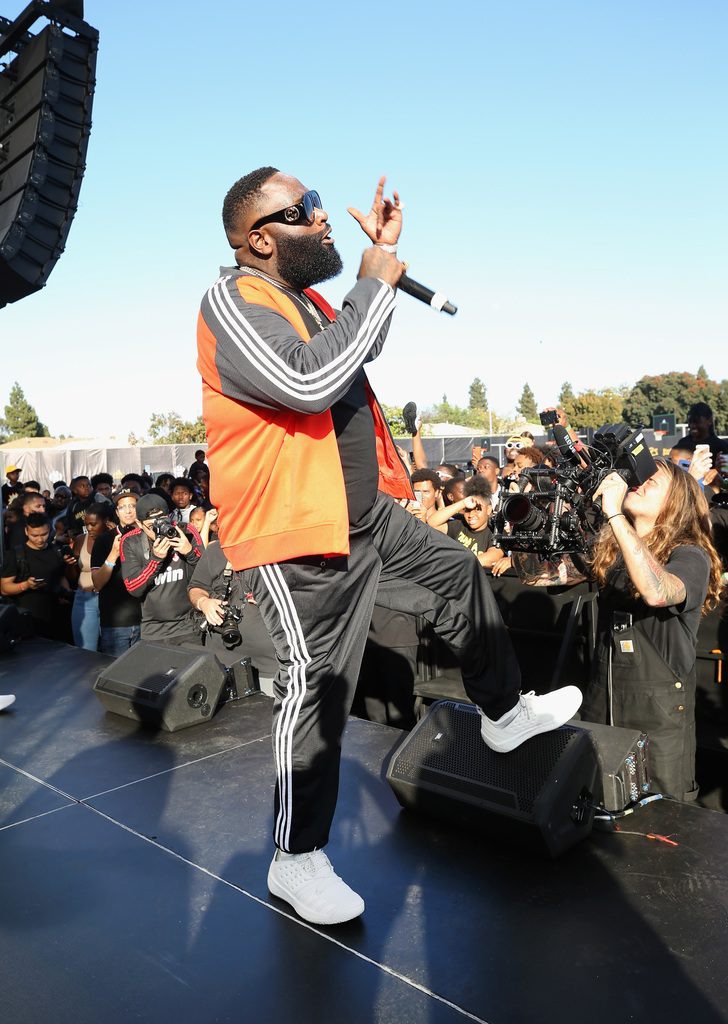