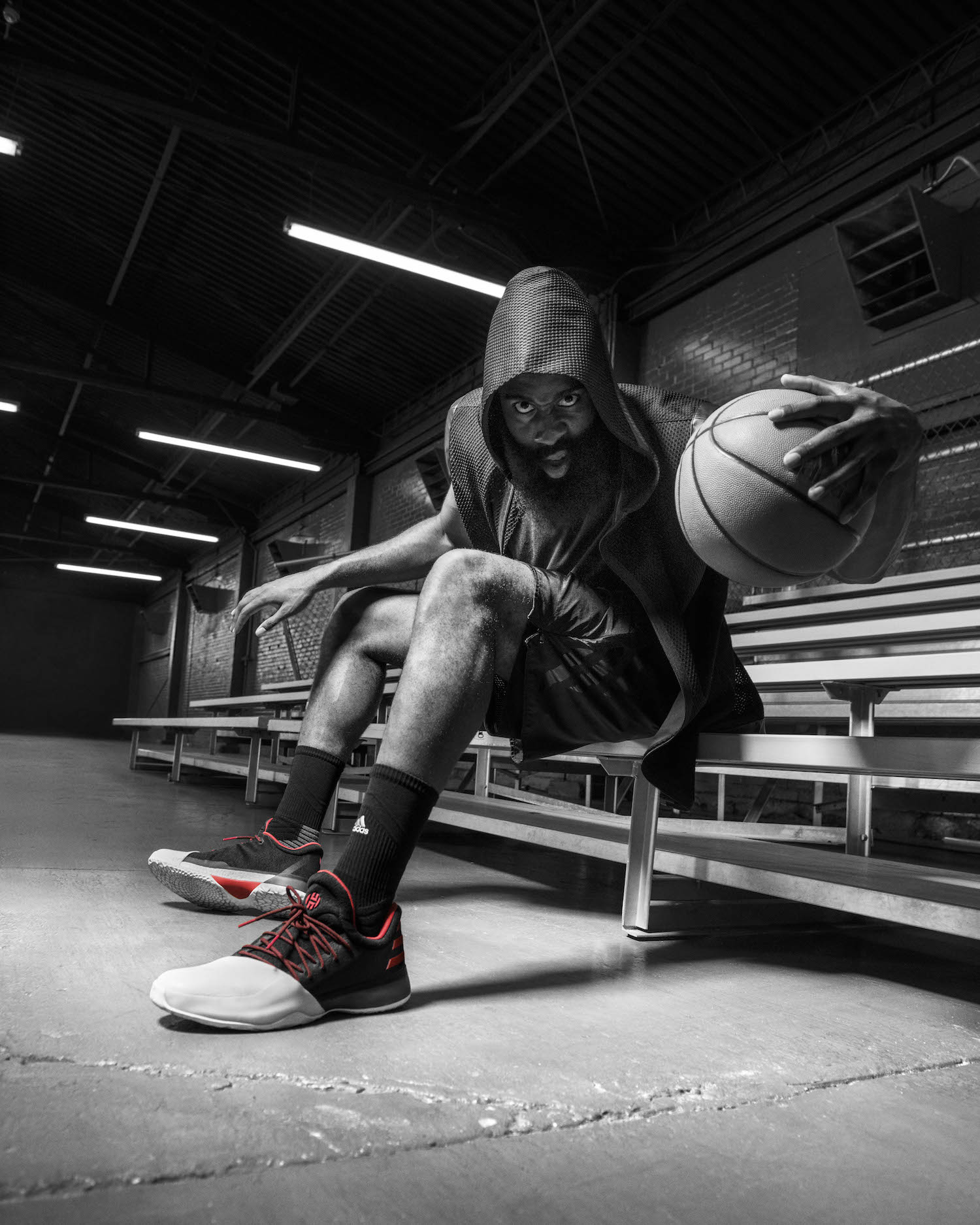 The WearTesters captain Nightwing2303 is down in Houston (hopefully only bumping chopped and screwed records) for the unveiling of James Harden’s first signature sneaker, the adidas Harden Vol. 1.

The adidas x Harden partnership began in October of 2015 (you should remember the photos of adidas dropping off a truckload of kicks at Harden’s crib) with the goal of creating unique collaborative footwear and apparel.

According to adidas, the Harden Vol. 1 is a challenge to the traditional creative process when it comes to collaborations.

“This was my first time creating a shoe from the ground up. With adidas, we wanted to stand for something different, be true to who we are and that’s how we separate ourselves,” Harden said. “This was a once in a lifetime opportunity and all the work we put in together is what makes this genuine. We’re open to each other’s opinions and we weren’t going to just put shoes on the shelves and say ‘This is James Harden.’ It’s built for how I play and you’ll see my style, different moods, the little details and stories that represent who I am.”
Harden added, “People always ask me, ‘How are you different?’ It’s hard to explain how you’re different but the shoe explains it for me.” 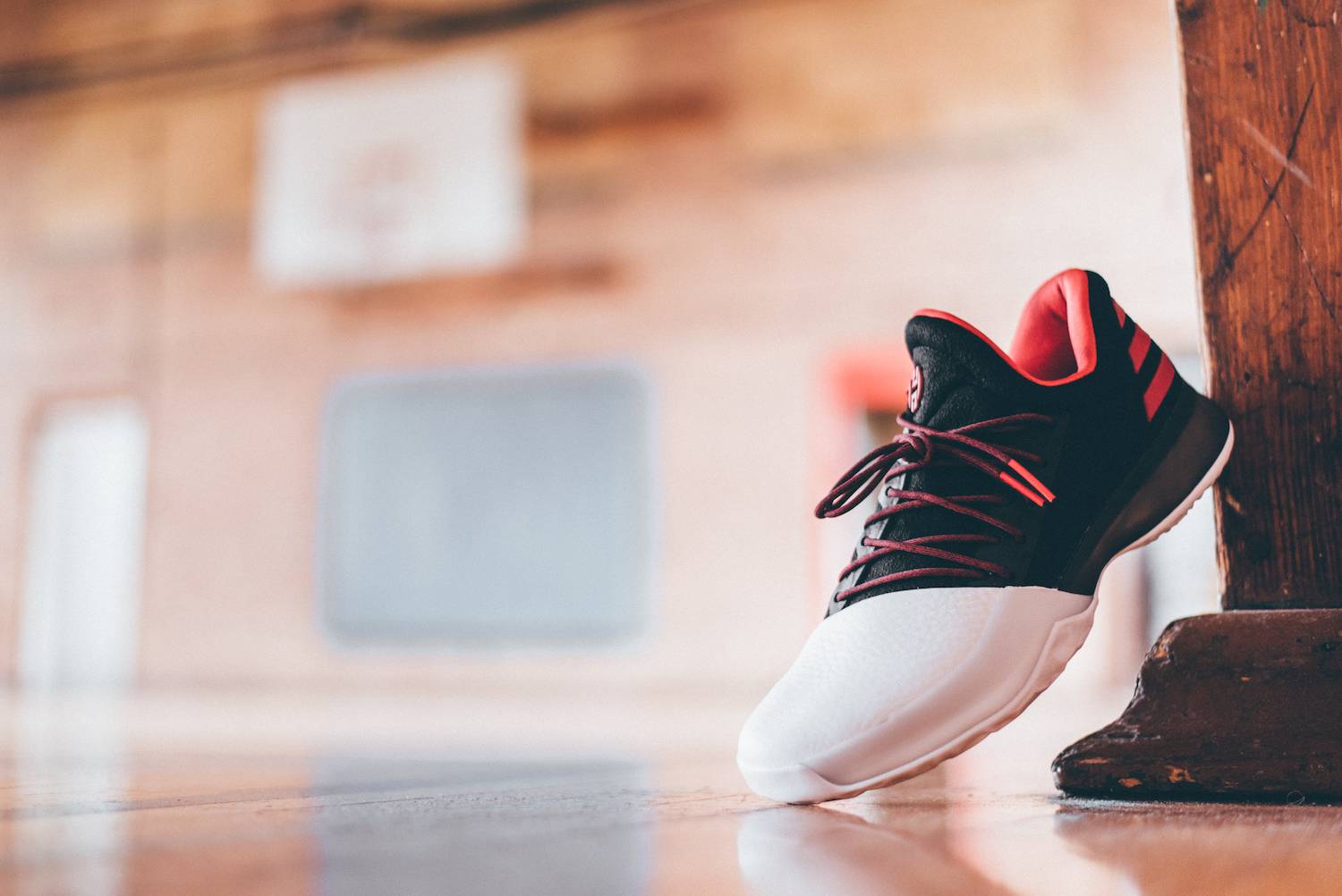 The first adidas Harden Vol. 1 ‘Pioneer’ colorway goes back in time and celebrates the championship game performance of a young, hungry, and beardless Harden; he scored 22 points, grabbed eight rebounds, tallied three assists, and snagged two steals on his way to winning his second-straight California state title in high school. To pay proper homage to his roots, the ‘Pioneer’ is outfitted with a black knit upper (not Primeknit), white leather toe shroud, and red accents. The championship date, March 24, 2007, is showcased on the left sockliner while his game stats are detailed on the right sockliner. 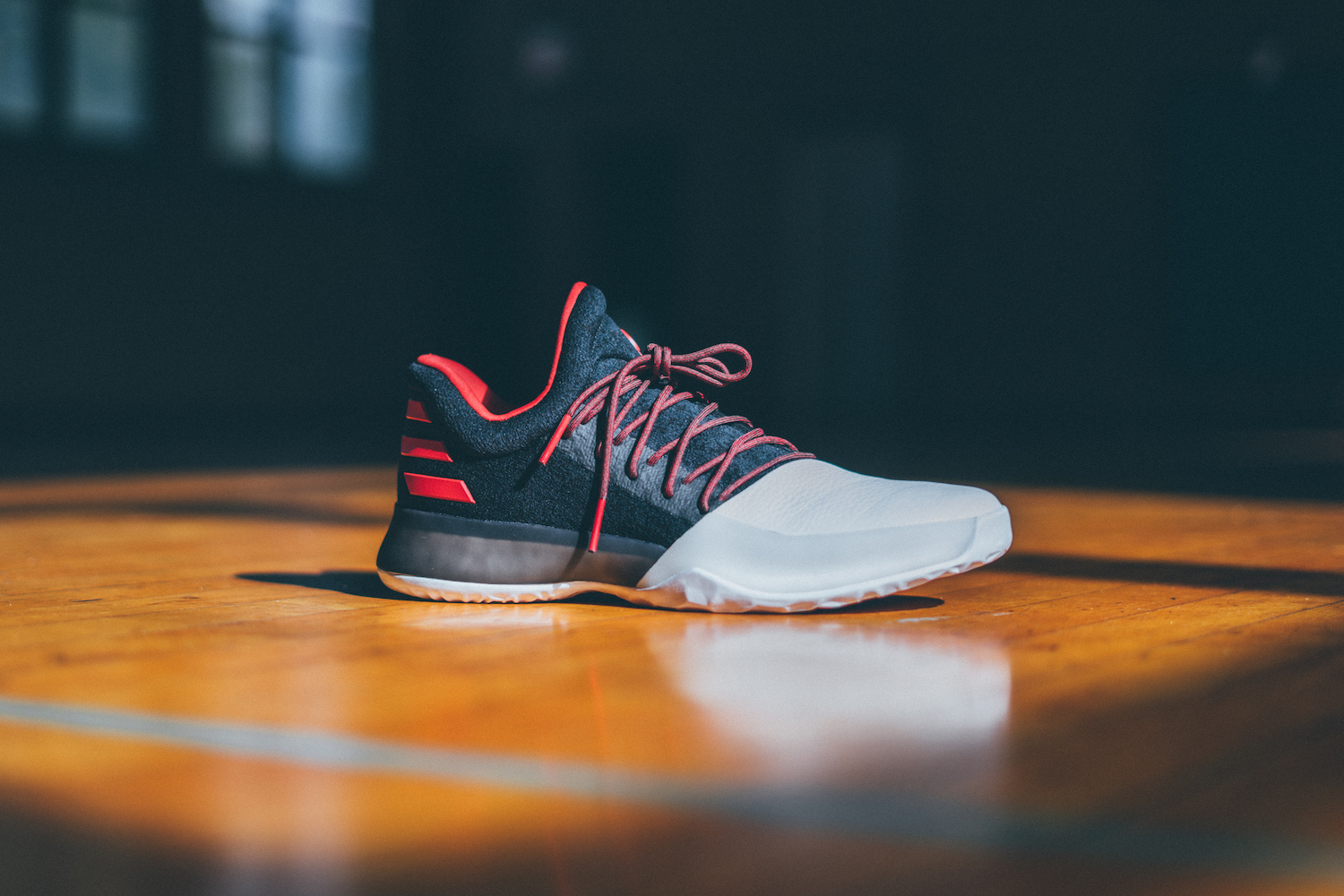 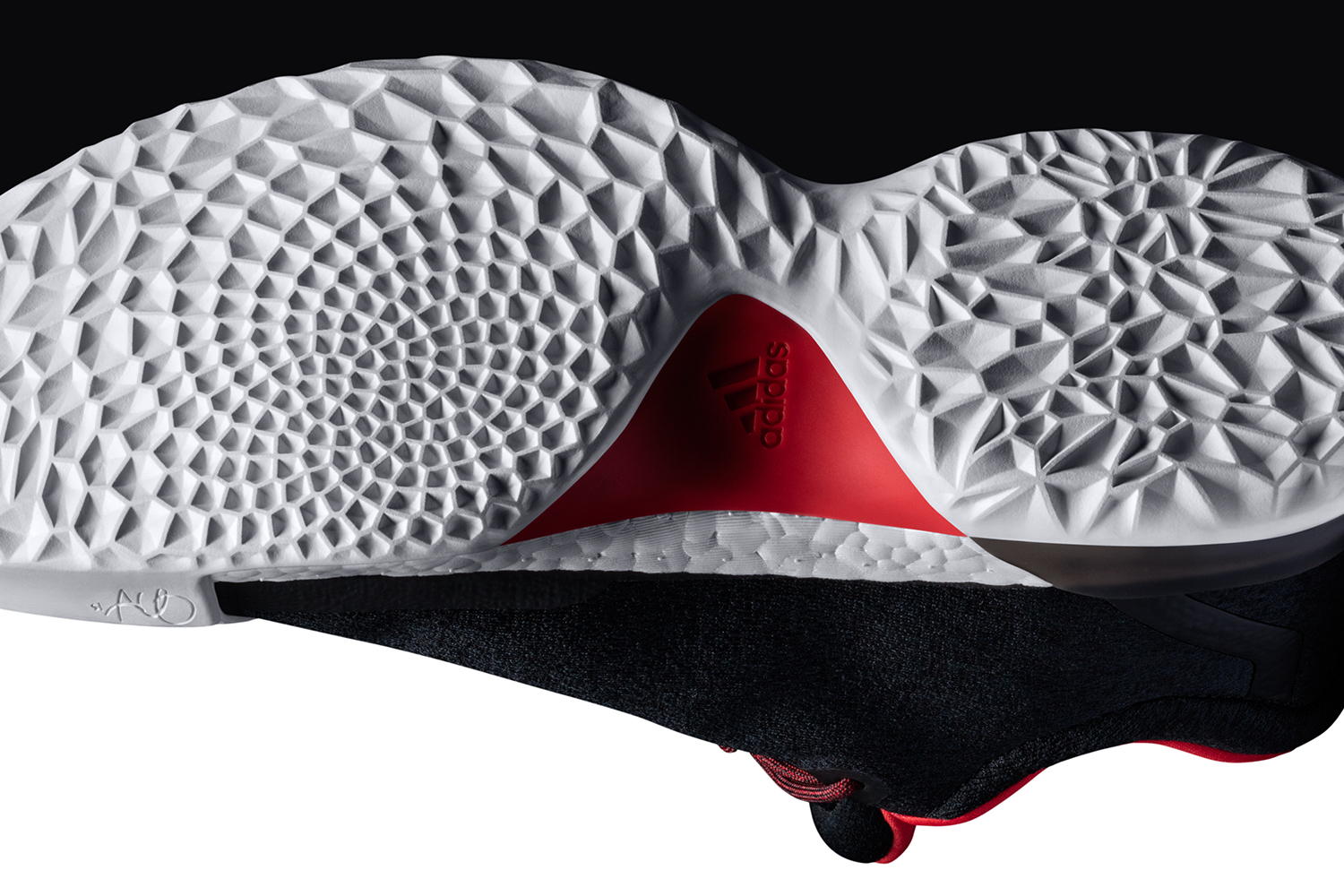 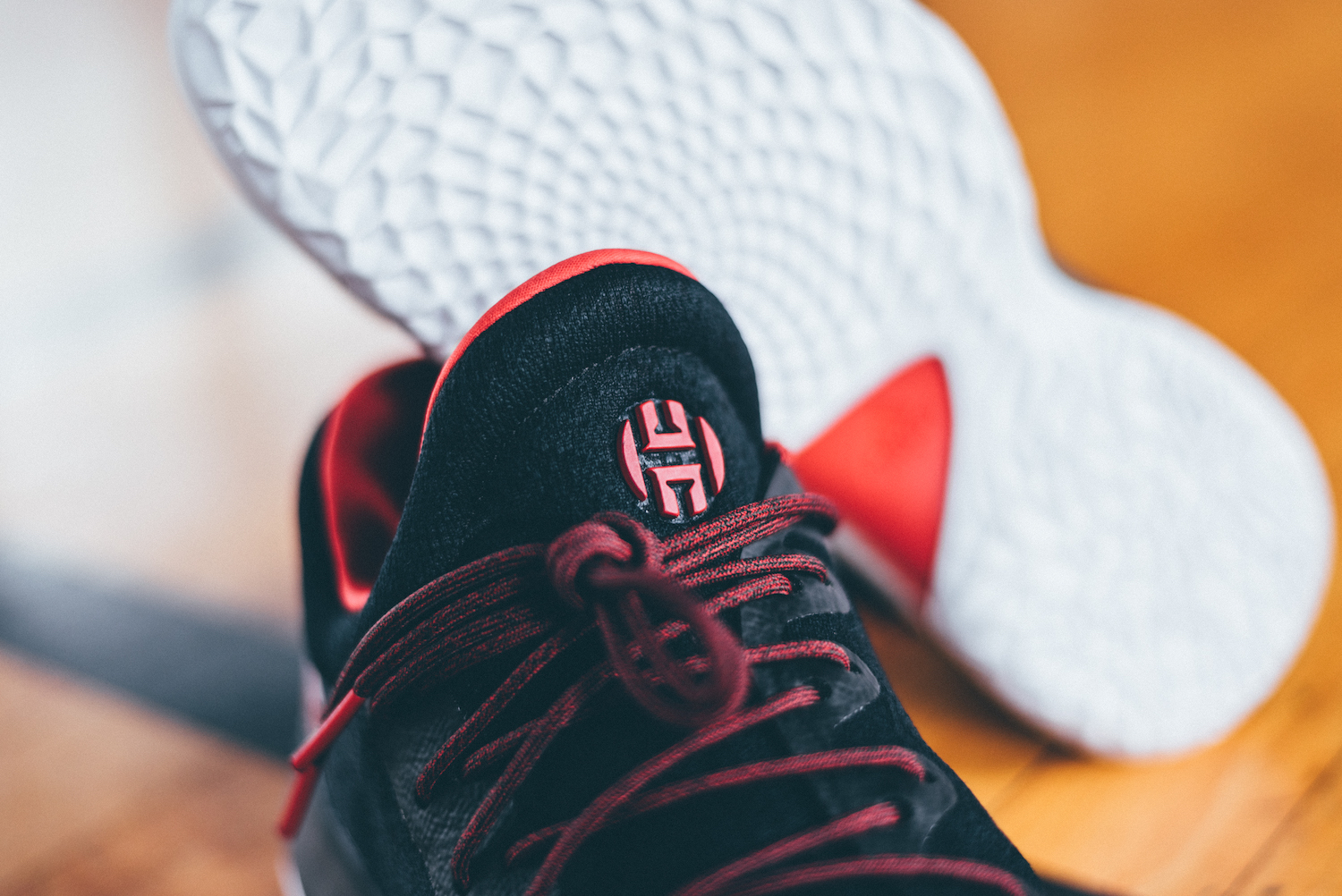 FIT TO CREATE
Asymmetrical lacing provides adaptive support and removes pressure from the top of the foot for quick cuts and deceptive Eurosteps, while a mix of knit and mesh material executions across various colorways stay true to fine-tuned performance benefits and Harden’s off-court style. 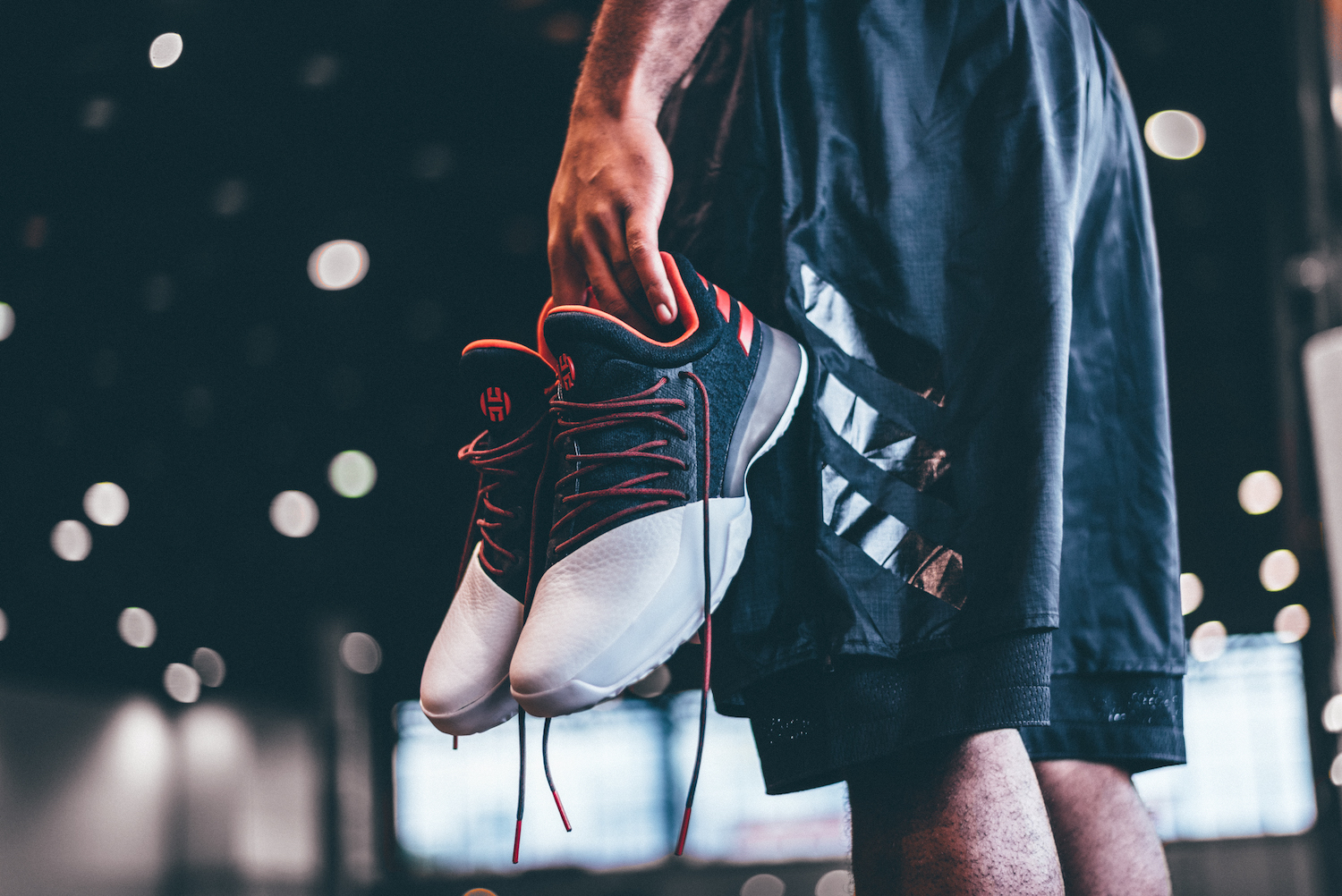 “We begin to think about chapters of our journey with James and this is only Vol. 1,” detailed Brian Foresta, vice president of design, adidas Basketball. “If you have the confidence to wear Harden Vol. 1, step out from the norm and decide to be something new in the game of basketball, then you don’t rely on the old recipes. Nor does James and nor do we. I love that he pushed us in that direction.”

adidas and Harden have collaborated on apparel as well. It’s performance apparel that are cross-functional and showcase exaggerated fits and tonal executions. The collection features breathable protection, secure storage, and asymmetric wrapping and layered comfort.

“Harden Vol. 1 offered us the unique opportunity to reinterpret the traditional view on creating signature product,” added Foresta. “From developing his logo, to translating signature details and color executions, we set out to create something that is striking even at a distance and embodies everything James represents on and off the court.”

According to adidas, the Harden Vol. 1 utilizes the Harden Mark, original typography and three stripe executions exclusive to James’ footwear and apparel. A visual expression of the way he disrupts the game, the Harden Mark implements design cues from the circle at center court, while the letter ‘H’ uniquely fuses with the brand’s iconic three stripes.

There are subtle details incorporated into the sneaker that relate to family; birthdates of his grandmother (left shoe) and mother (right shoe) are molded onto the heel while James’ own signature is located on the medial side of both shoes at the toe.

The adidas Harden Vol. 1 ‘Pioneer’ launches December 3 for $140 on adidas.com. Primeknit versions are coming and will retail for $160. Many more colorways are coming throughout the season and the apparel collection is available this fall.

You can join the conversation @adidashoops on Twitter and Instagram with #HardenVol1 and stay tuned to @ProjectHarden for the latest product drops, behind-the-scenes coverage and more.

James Harden now stands beside Damian Lillard and Derrick Rose as adidas Basketball signature athletes. What do you think of Harden’s first signature? Performance beast material or not really? Let us know in the comments below. 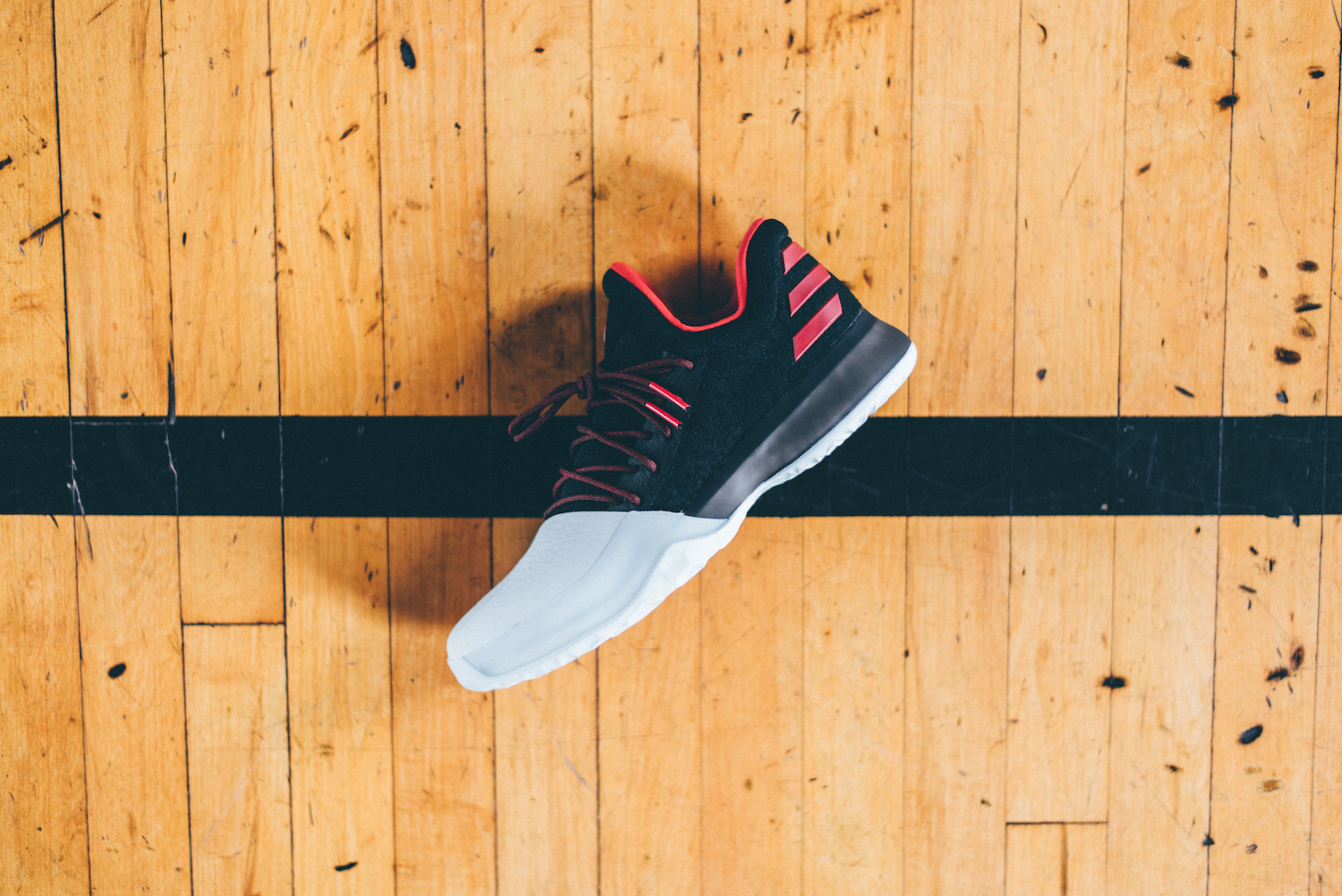 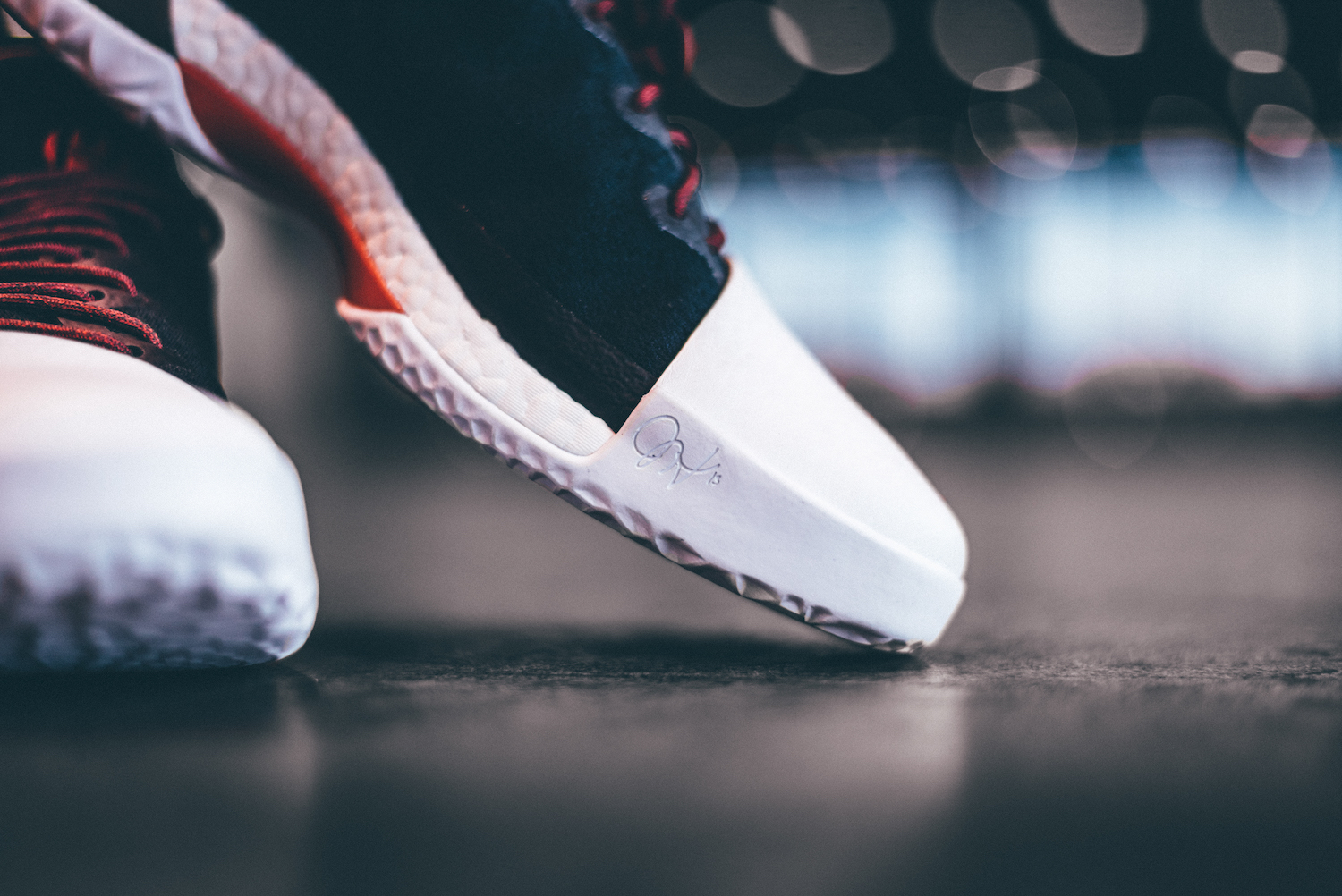 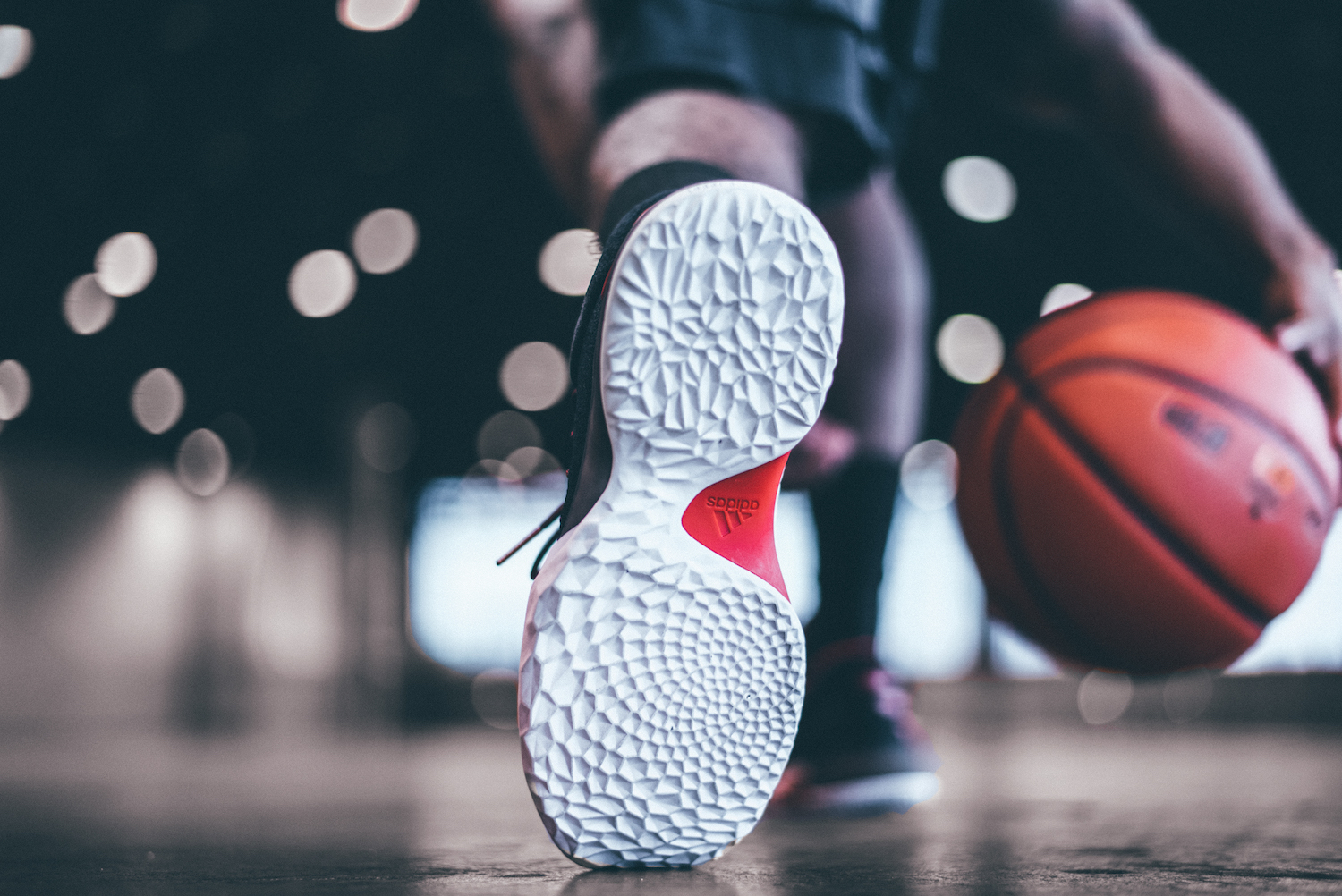 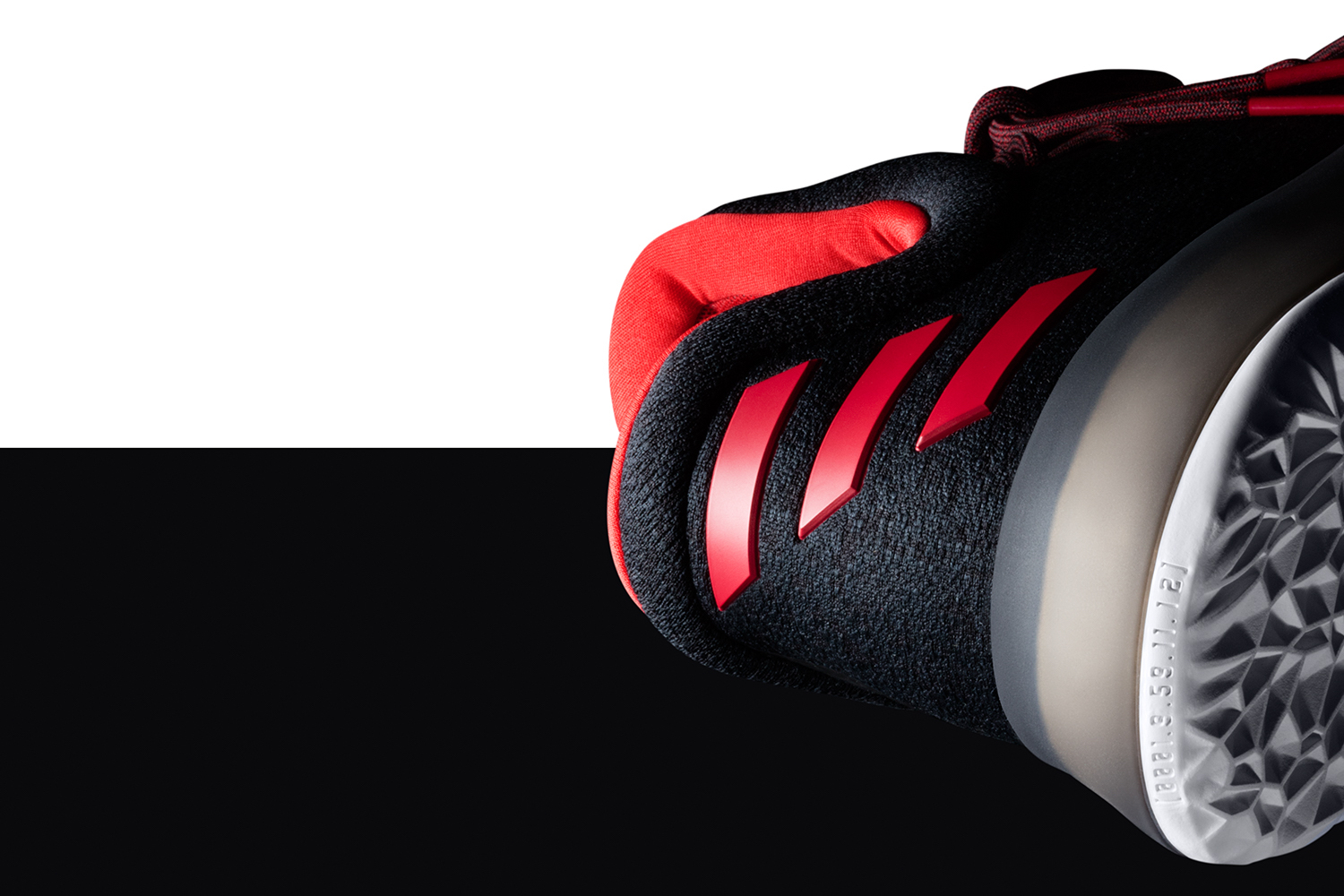 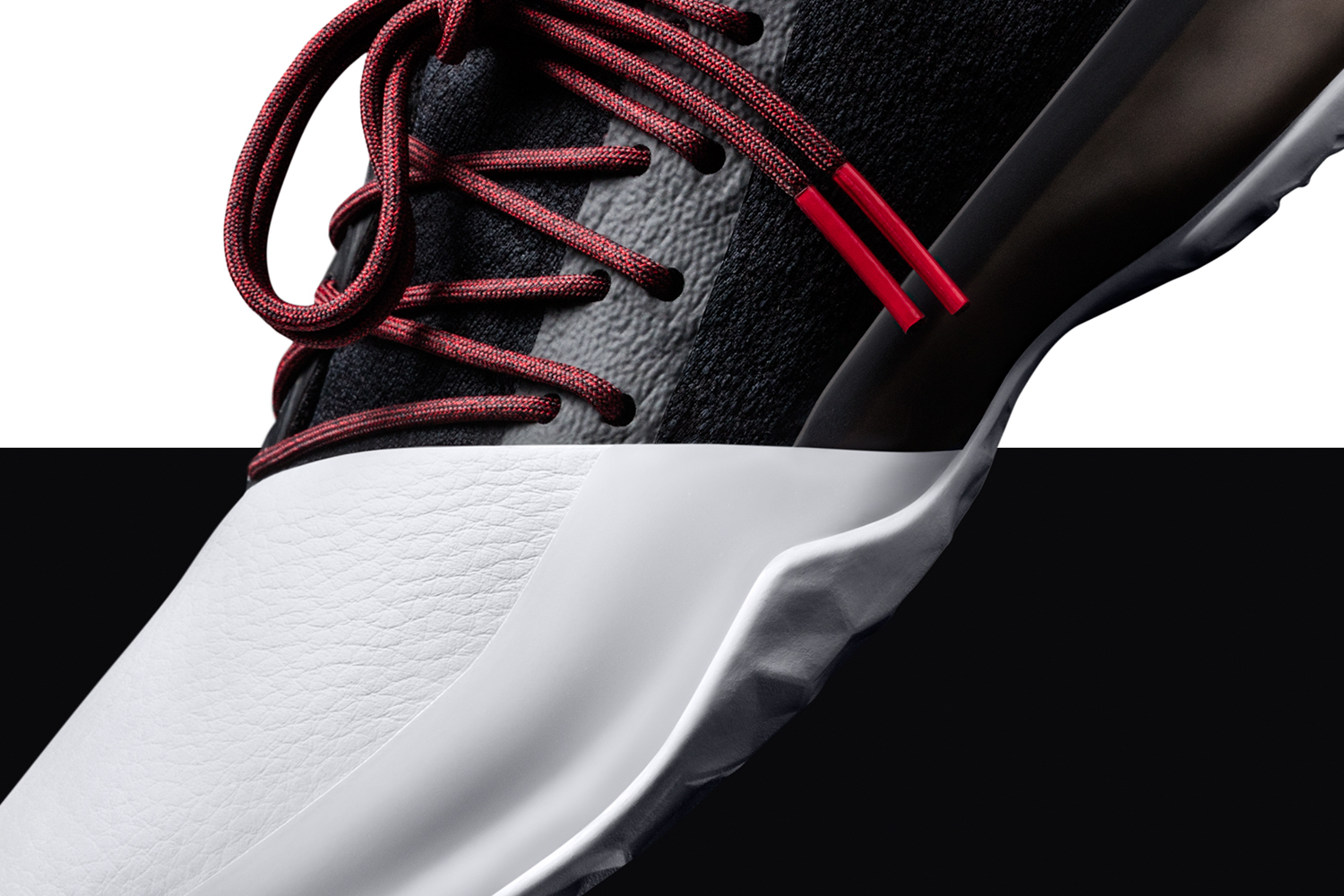 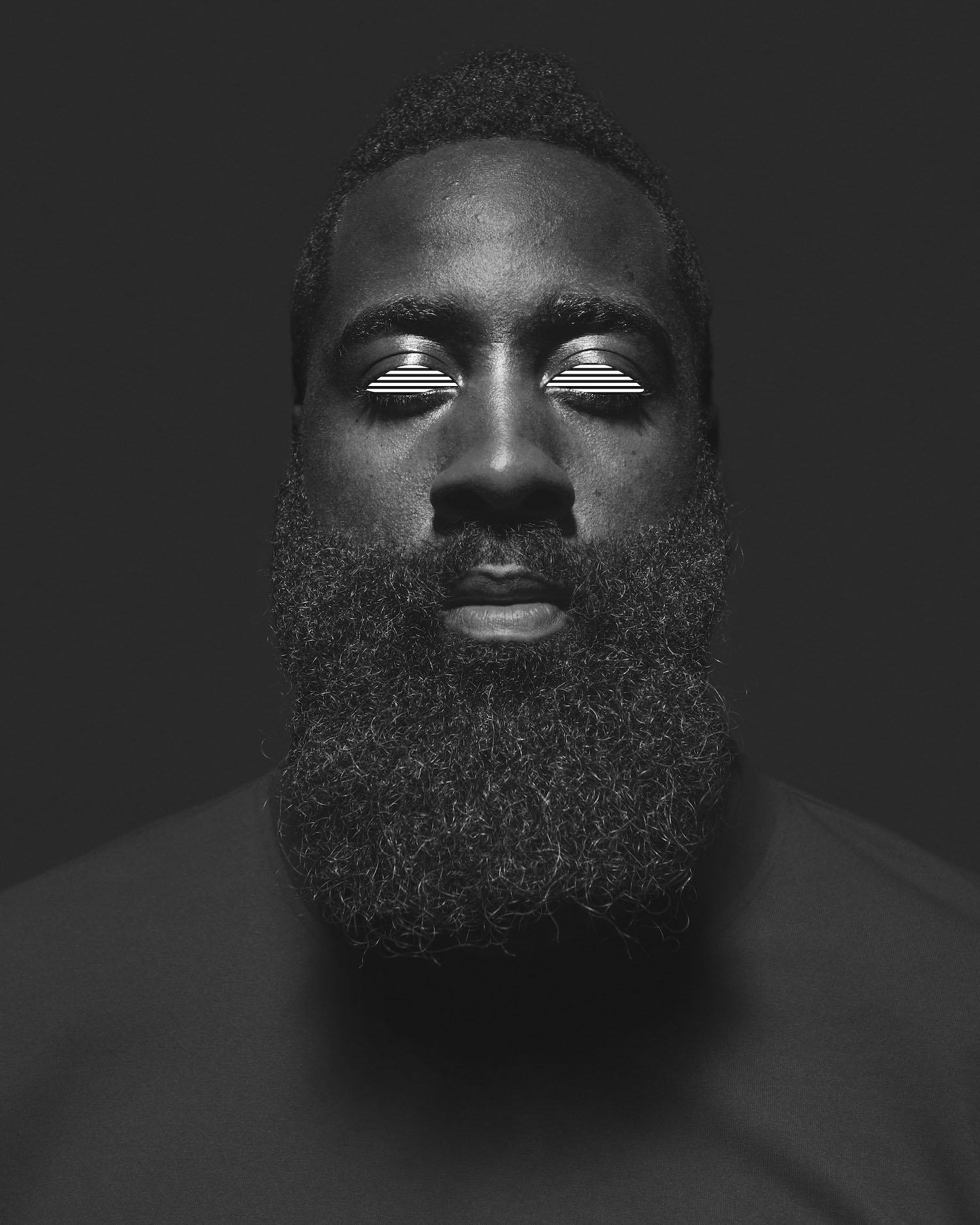 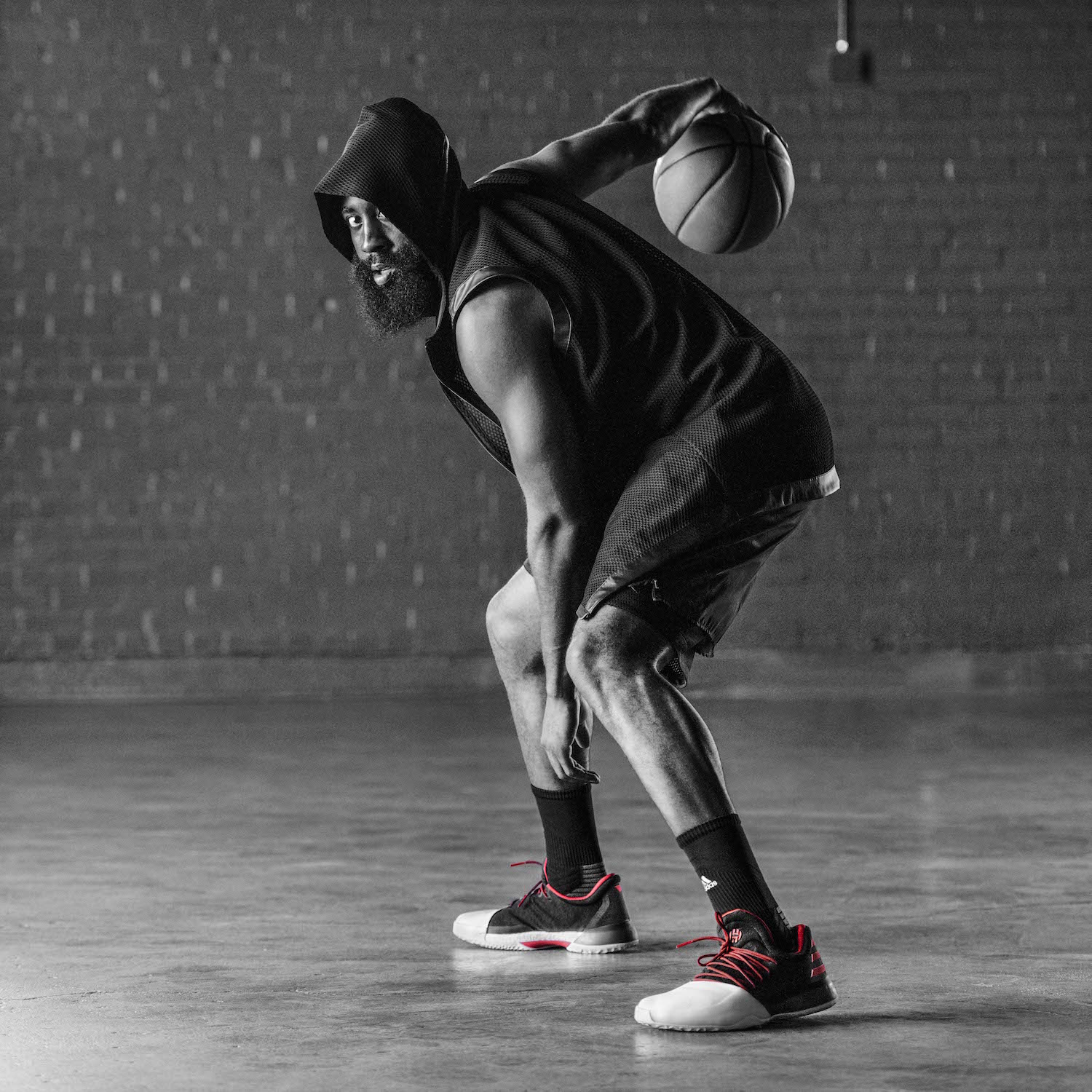 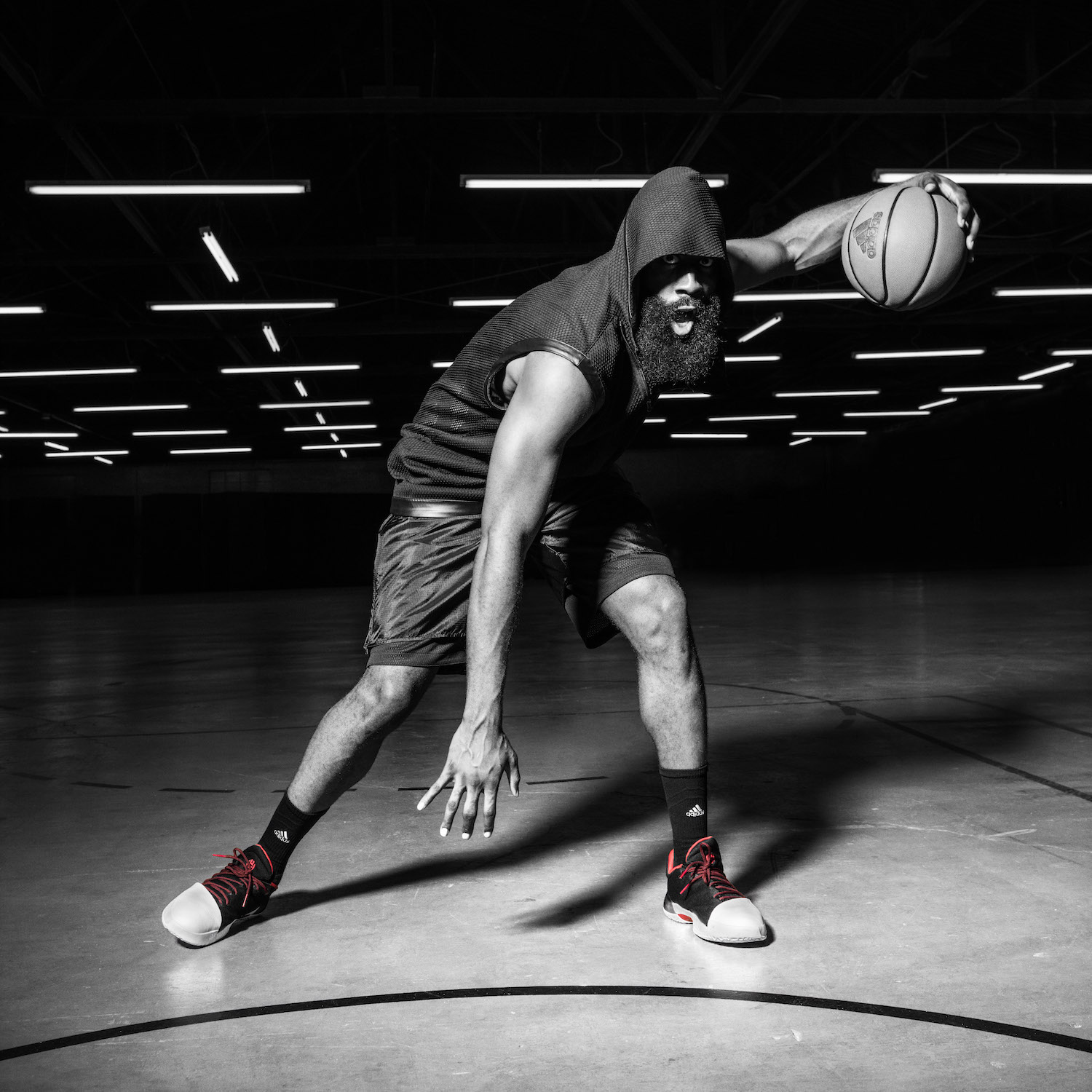