Is there an engineered mesh version of the Nike Kobe XI coming?

We don’t know for certain, but we wouldn’t be mad if there was. This image showcases the Nike Kobe 11 with an engineered mesh upper that looks really similar to that of the Kobe 8. I kept thinking it was the Kobe 8 with a Kobe 11 outsole — you know, since sole swapping is super popular among the custom scene. But the more I look at them the more they don’t look like the Kobe 8. Very similar, but not the same.

I love the colorway. Gives that Draft Day vibe that I’ve missed since the Kobe 4-6 days; back when colorways were simple, but still meaningful to the athlete. Not PB & J meaningful…more like legitimately meaningful to their career.

Again, nothing is official as of now, but don’t be surprised if Nike has some tricks up their sleeve with the Kobe 11. For all we know these could be a scrapped sample version of the shoe. Stay tuned for more information as it comes, and be sure to share your thoughts with us in the comment section below. 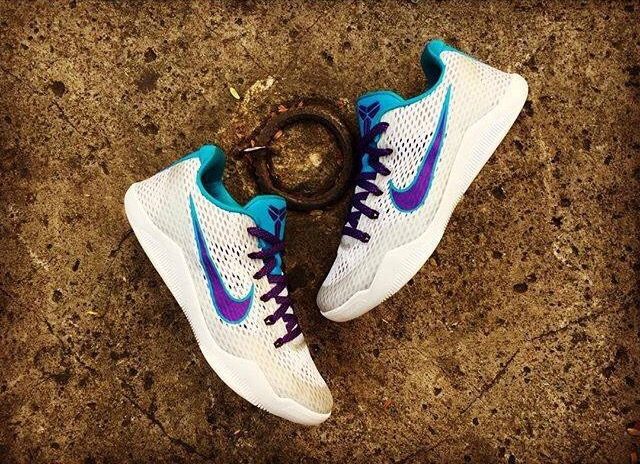