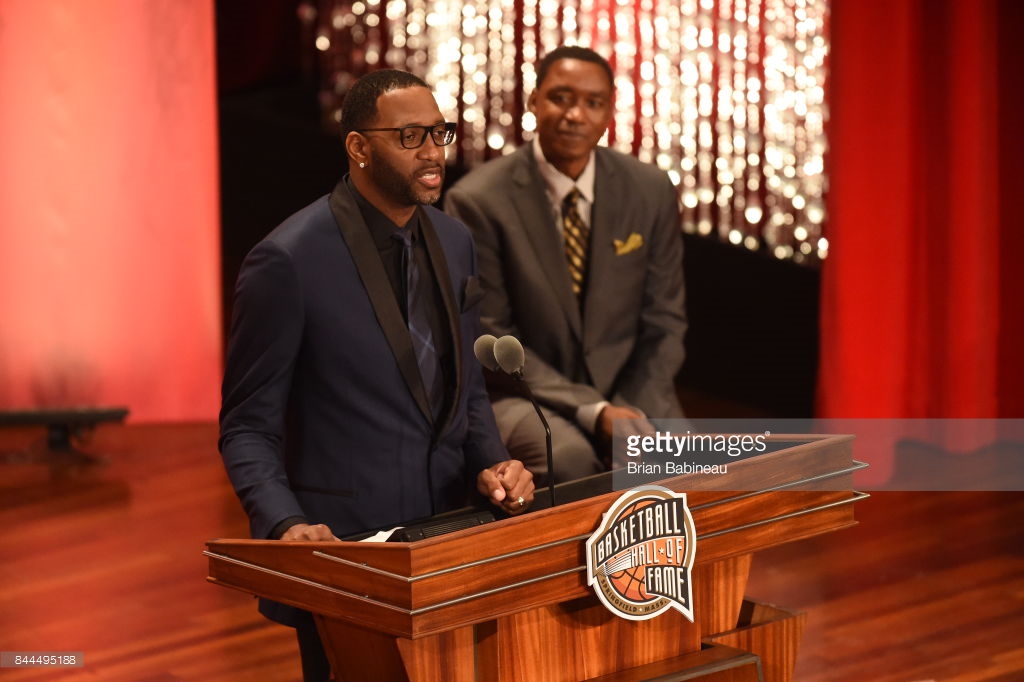 Tonight, in Springfield, Mass., the Naismith Memorial Basketball Hall of Fame welcomed a new class of 11 inductees. Undoubtedly, the headliner of this year’s class is Tracy McGrady.

The seven-time All-Star and two-time scoring champion has plenty of highlight moments. His signature shoes, the adidas T-Mac series, are no doubt one of the most popular basketball shoes at the time.

To celebrate his accomplished career, let’s revisit some of the T-Macs that McGrady wore during some of his career highlights.

The first installment in the T-Mac signature line was seen during the 2002 NBA All-Star Game. McGrady threw the ball off the backboard to himself and completed an alley oop in traffic — people got up out of their seats real quick.

One of his most memorable games during that career season was when he scored 52 points in three quarters against the Bulls behind a 15/32 shooting night on February 21, 2003.

The 2004 T-Mac 3 was probably most remembered when T-Mac showed up at the All-Star game with a mis-matched pair. The flashy colorways were well-suited for McGrady’s game.

The 2004 T-Mac 4 was quite possibly the heaviest model in the signature line (maybe the heaviest in the modern sneaker era), featuring the laceless “HUG” system that could adjust the tightness to the wearer’s comfort level.

Following a disappointing 03-04 season with the Orlando Magic, McGrady was traded to the Houston Rockets. There, he gave fans one of the greatest comeback performances in the league history.

Down by 8 with 44 seconds to go, McGrady torched the San Antonio Spurs by scoring 13 points in 33 seconds, and eventually secured a 81-80 victory for Houston. The T-Mac 4 naturally became part of this historic basketball moment. Here’s a quick recap of that amazing comeback.

As Tracy McGrady finally earned his spot in the HOF, these iconic adidas T-Macs that many of us grew up with would always be part of McGrady’s decorated career.  Congratulations Tracy McGrady.  Well done and well deserved.

What’s your favorite T-Mac? Share any Tracy McGrady moments with us in the comments below.