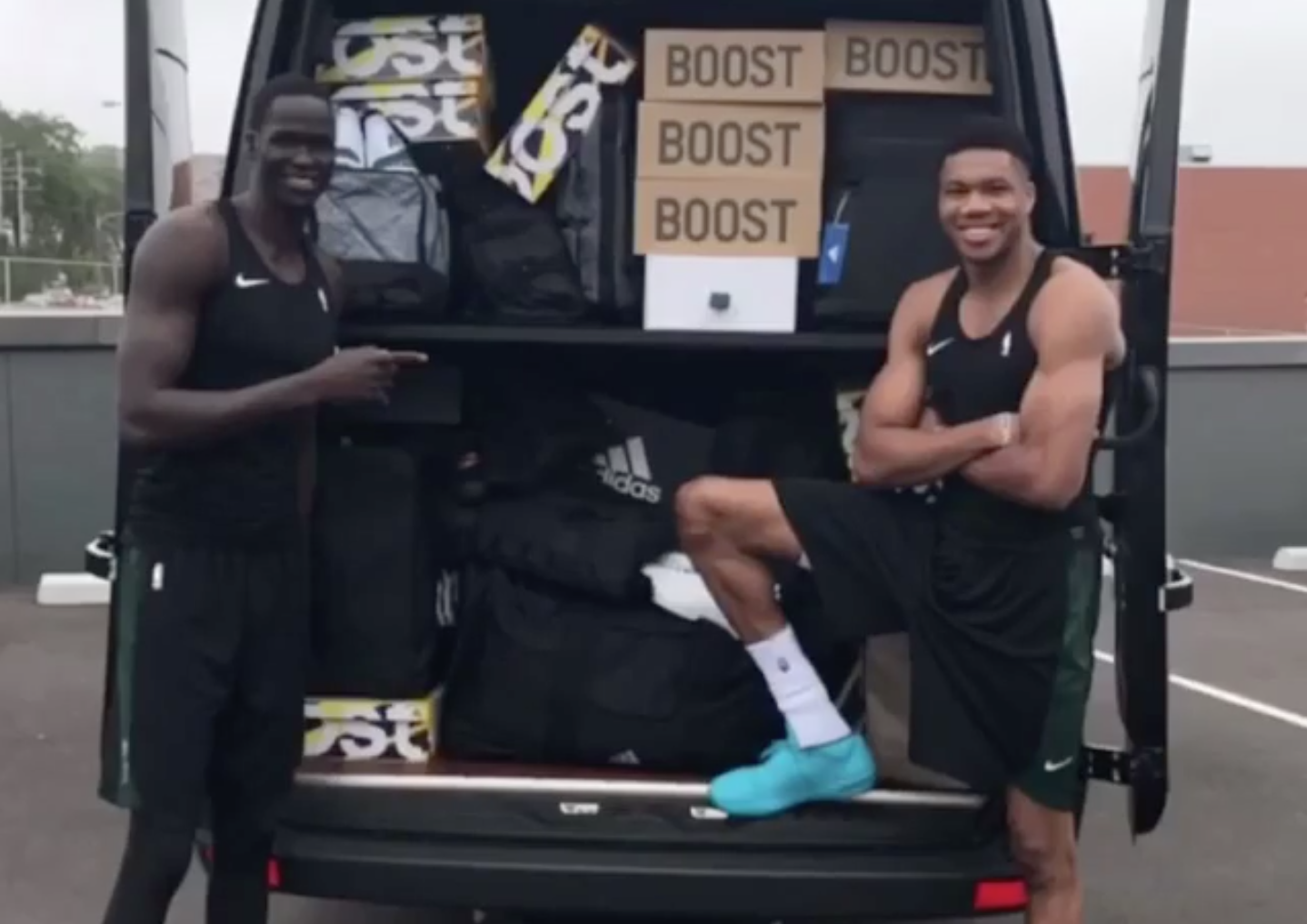 Sneaker free agent Giannis Antetokounmpo may be ditching the Swoosh for a new brand: adidas.

The 6’11” Greek Freak was blessed by a truckload full of adidas sneakers today, according to Bleacher Report. While rocking his Kobe AD Mids, he spotted several pairs of Yeezys in the truck, as well as classics, and tons of gear.

This truckload of sneakers first impression is similar to what adidas treated James Harden to after he left Nike.

Antetokounmpo became an all-round superstar in 2016–17 and led the Bucks in all five major statistical categories. He is the first player in NBA history to finish a regular season in the top 20 in total points, rebounds, assists, steals, and blocks, according to the NBA.

Earlier this year, Giannis Antetokounmpo was featured in Nike’s Out of Nowhere series. Now, this possible MVP candidate seems ready to move to adidas.

Nothing official has been announced yet so stay tuned for more information.