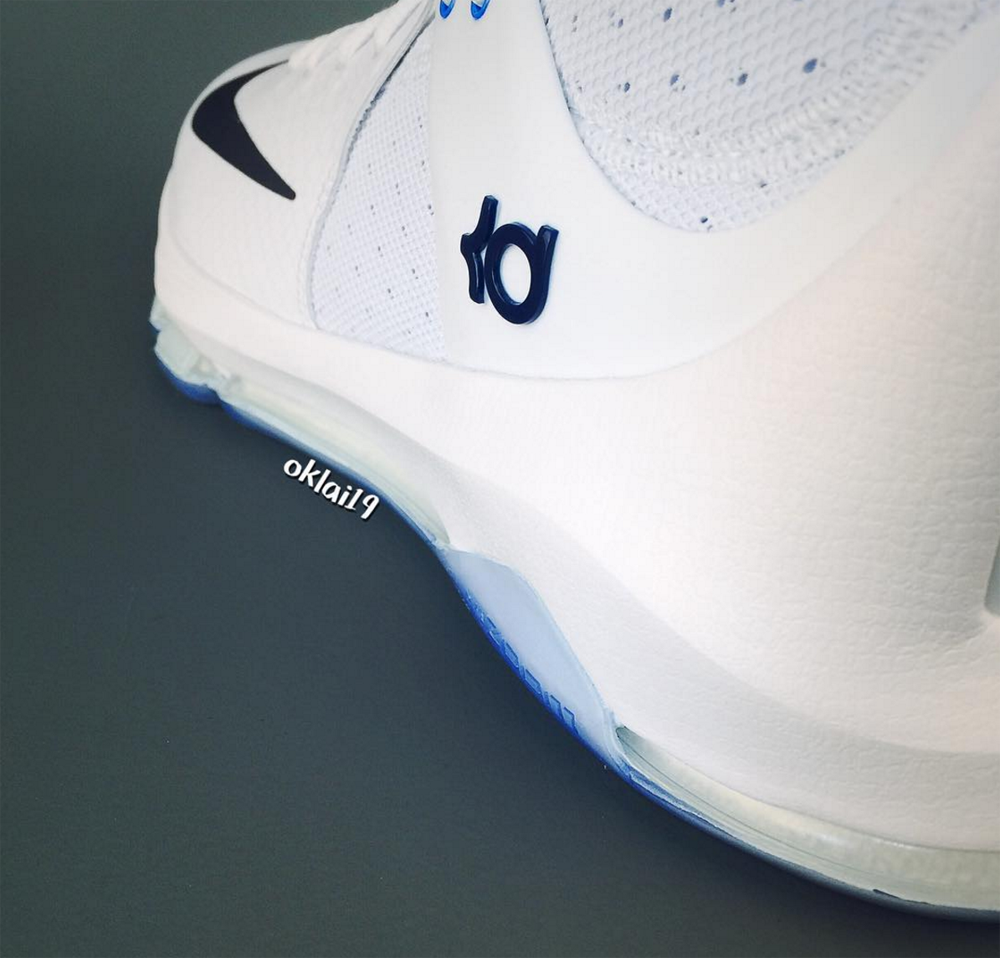 Nike officially unveiled the upcoming KD 8 Elite earlier today, and now we have spotted an up close and personal look at the kicks.

The tooling of the model hasn’t changed which means traction, cushion, and transition will remain the same. However, the upper has had a huge overhaul that looks, well, interesting. We’ll start with the basics. Their layers have been stripped, and Flyweave is no longer part of the picture. You can see the now exposed heel counter as a result of this. Not only that, but they’ve added to the heel counter as it makes its way up to the ankle area of the eyestay.

The forefoot looks like most of it will be independent from the structure of the shoe – which comes in the form of a foam and mesh bootie. There are sections that have been sewn on for obvious reasons, but this will reduce the weight – despite how high they are – while keeping the support zoned into strategic isolated zones. Pretty smart if you ask me.

Now, the most polarizing aspect is the tube sock. I’m personally not a fan of the way it looks, but it will add compression to your ankle much like a compression sleeve. Looks funny, but it will serve a small purpose when it comes to circulation. It also folds down with logos fully in place to sport KD branding. However, if you thought the HyperRev 2016 was hard to get on… well.

I believe these will perform nicely, but they will likely reach the $200 – $225 mark as the KD 8 is already $180. Casual appeal took a huge hit, but I’m sure someone will like them.

Enjoy the up close and personal look below, and don’t forget to share your thoughts with us in the comment section. 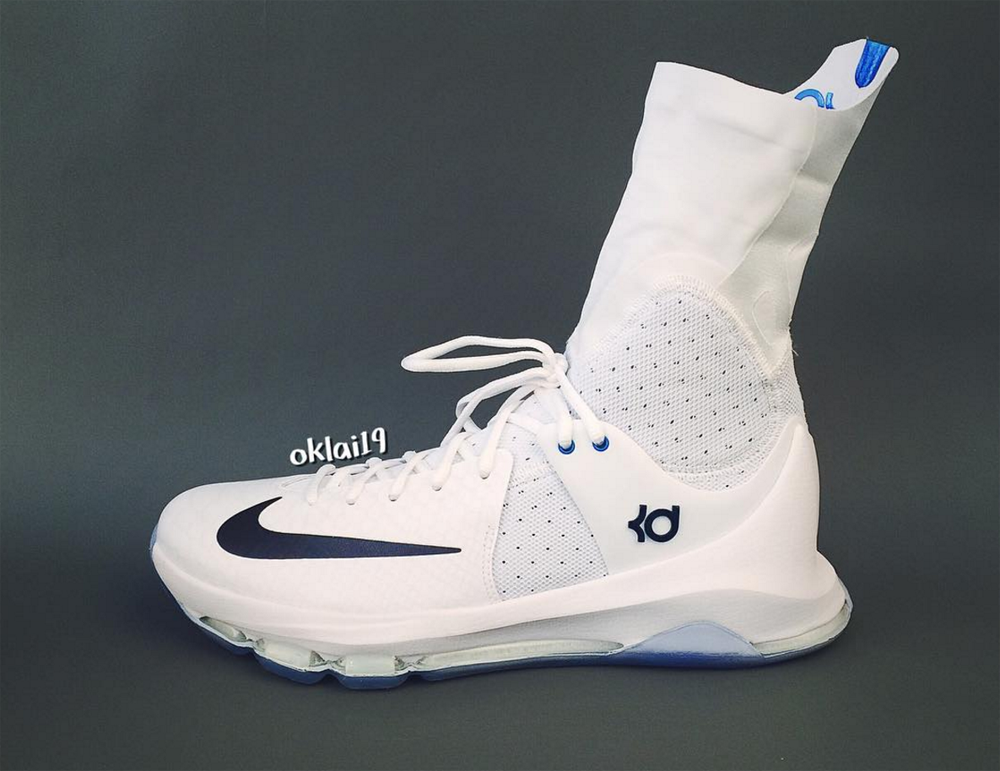 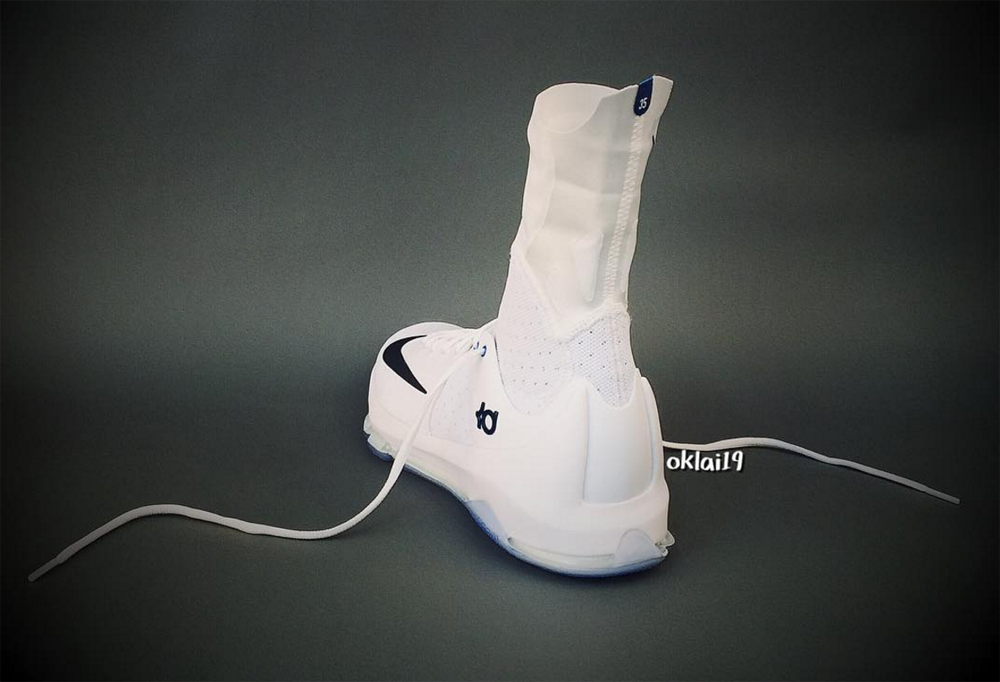 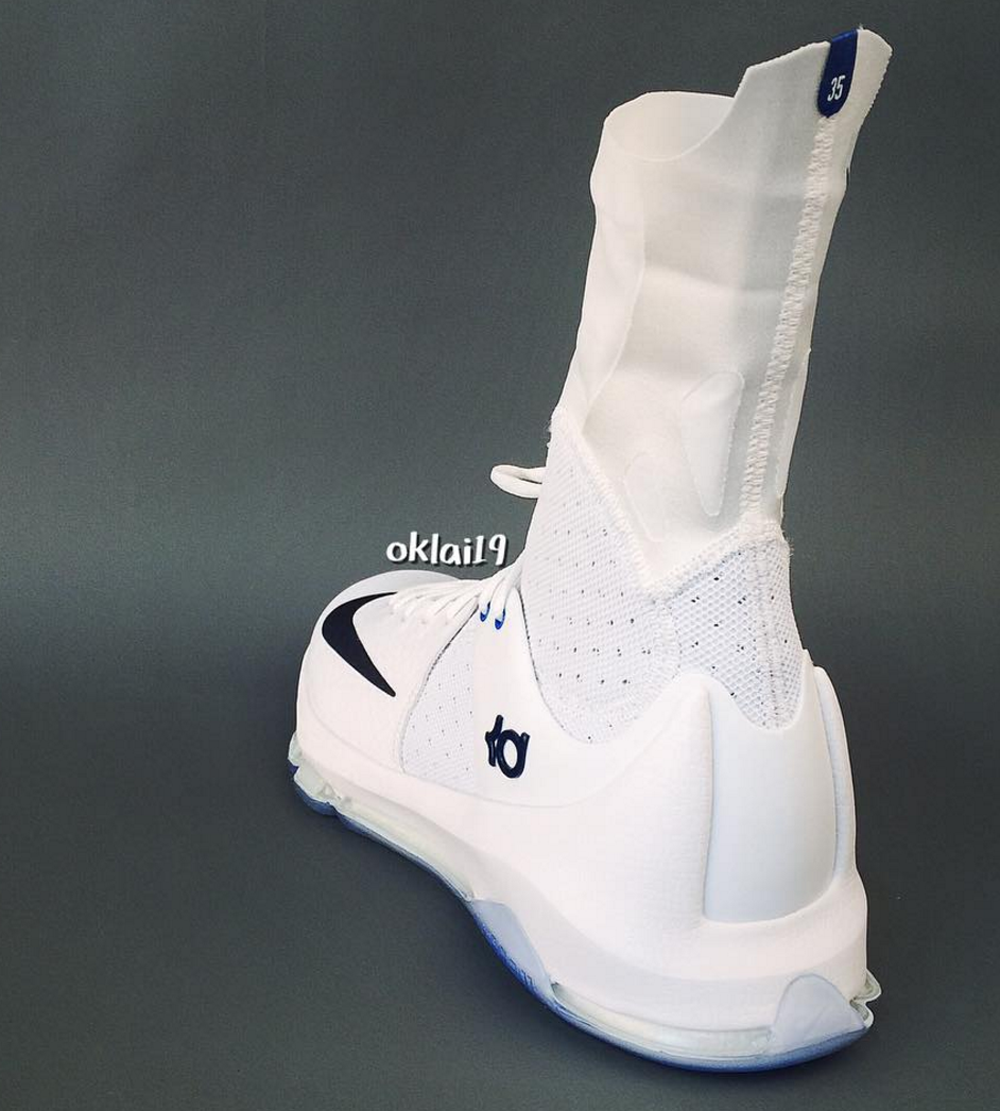 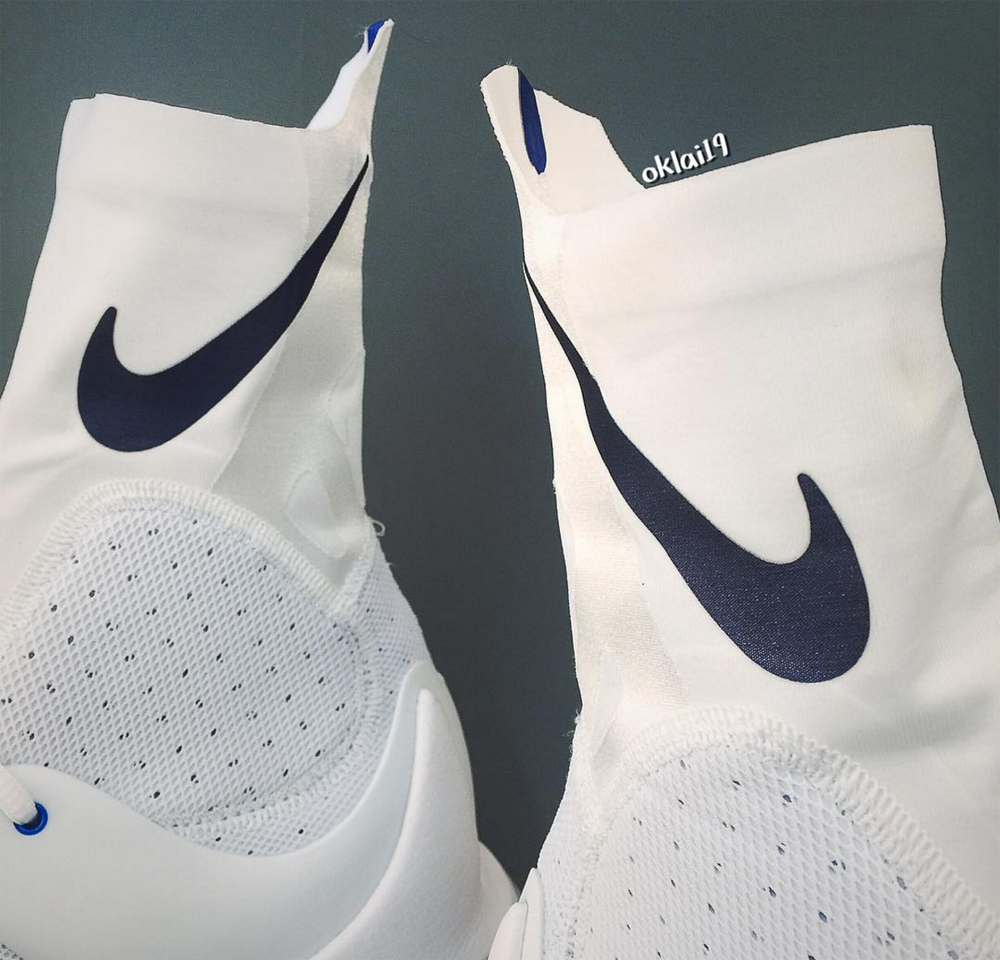 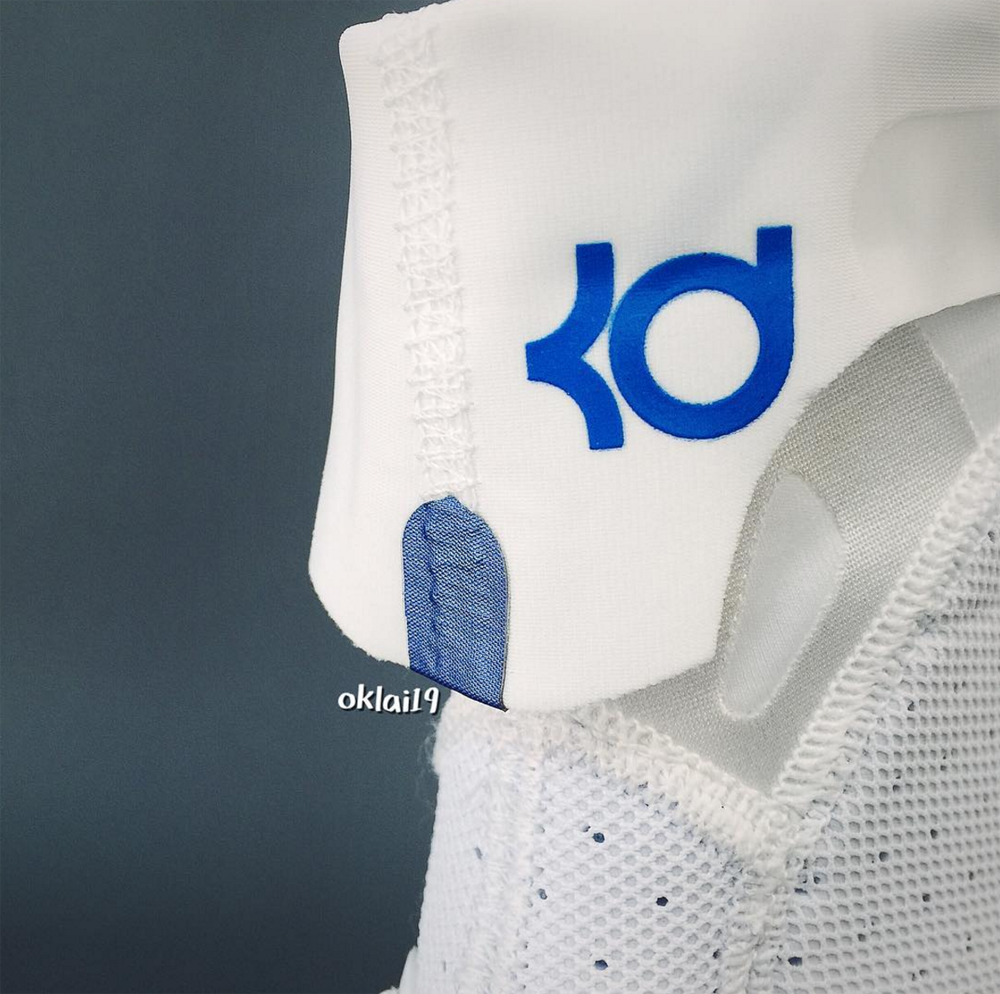 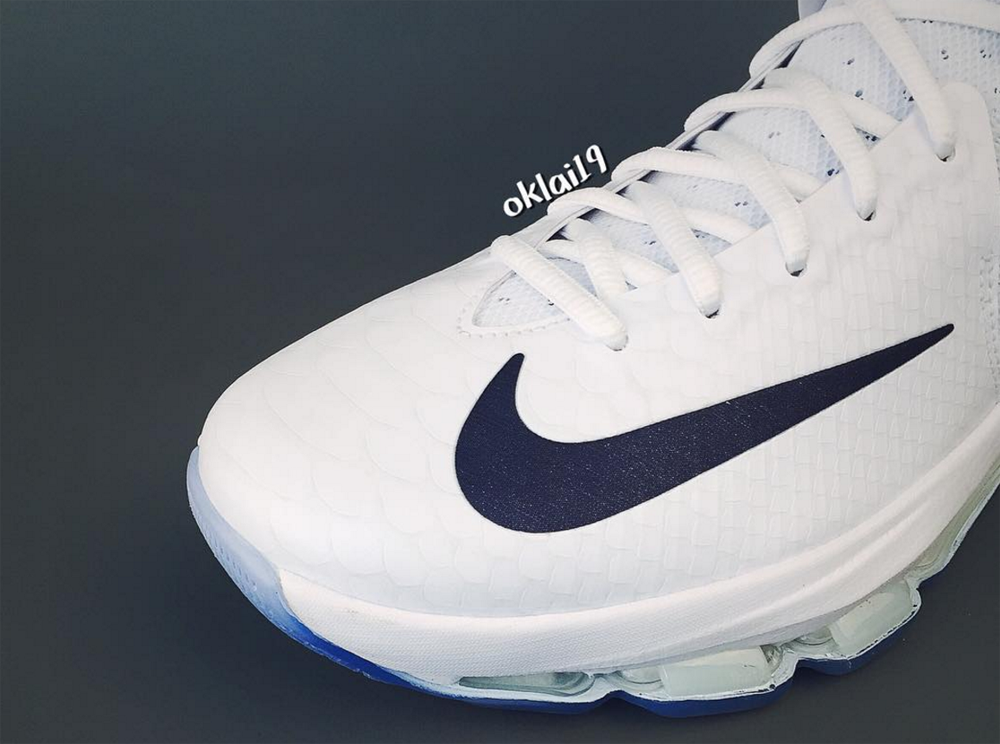 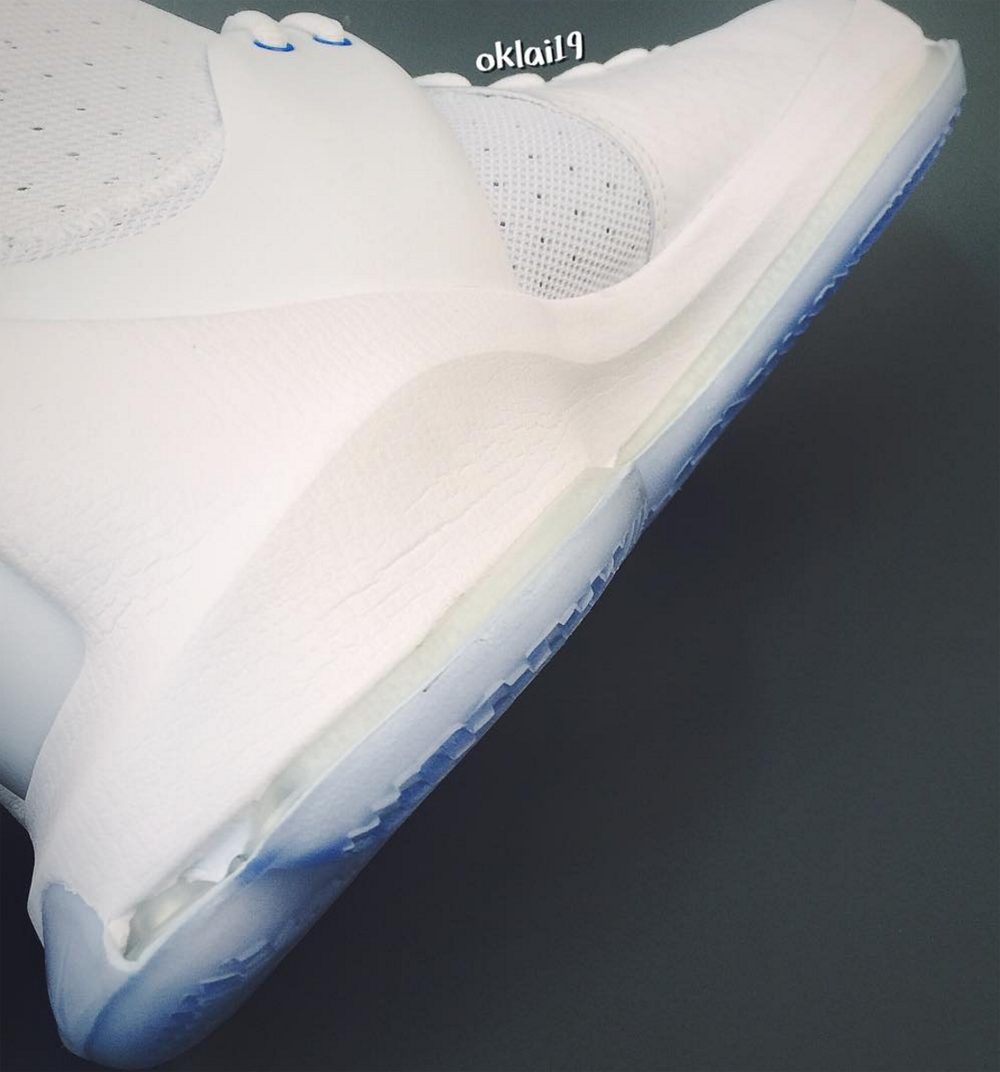 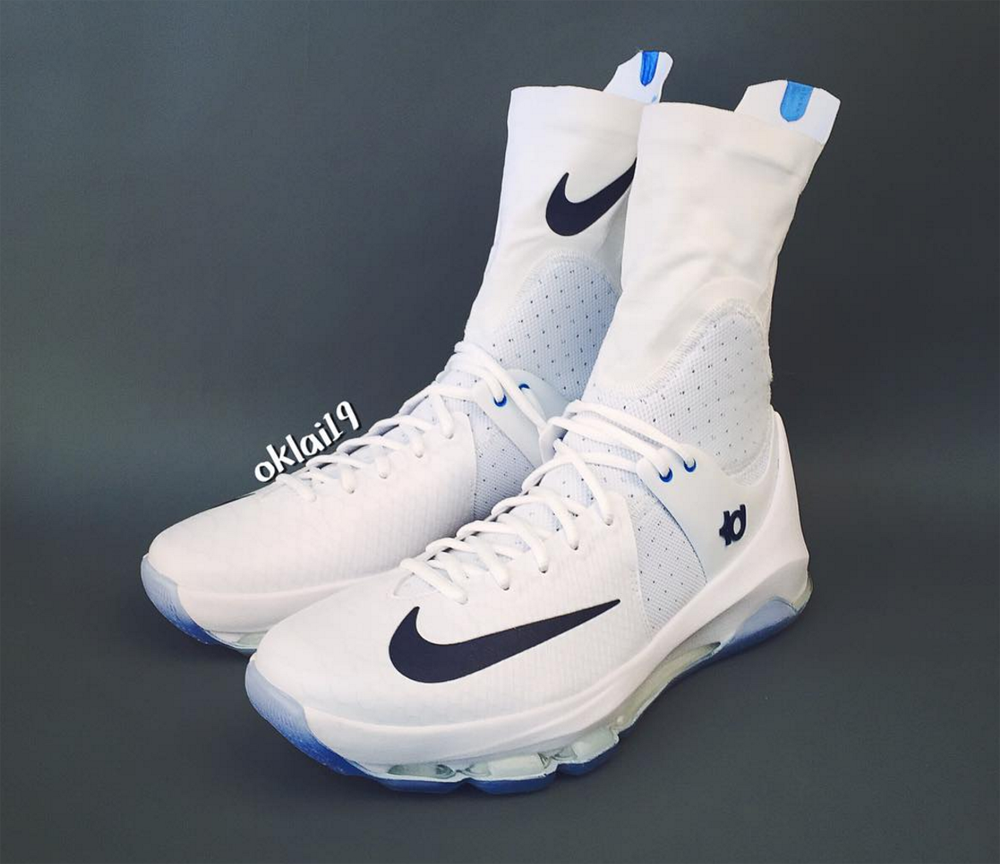 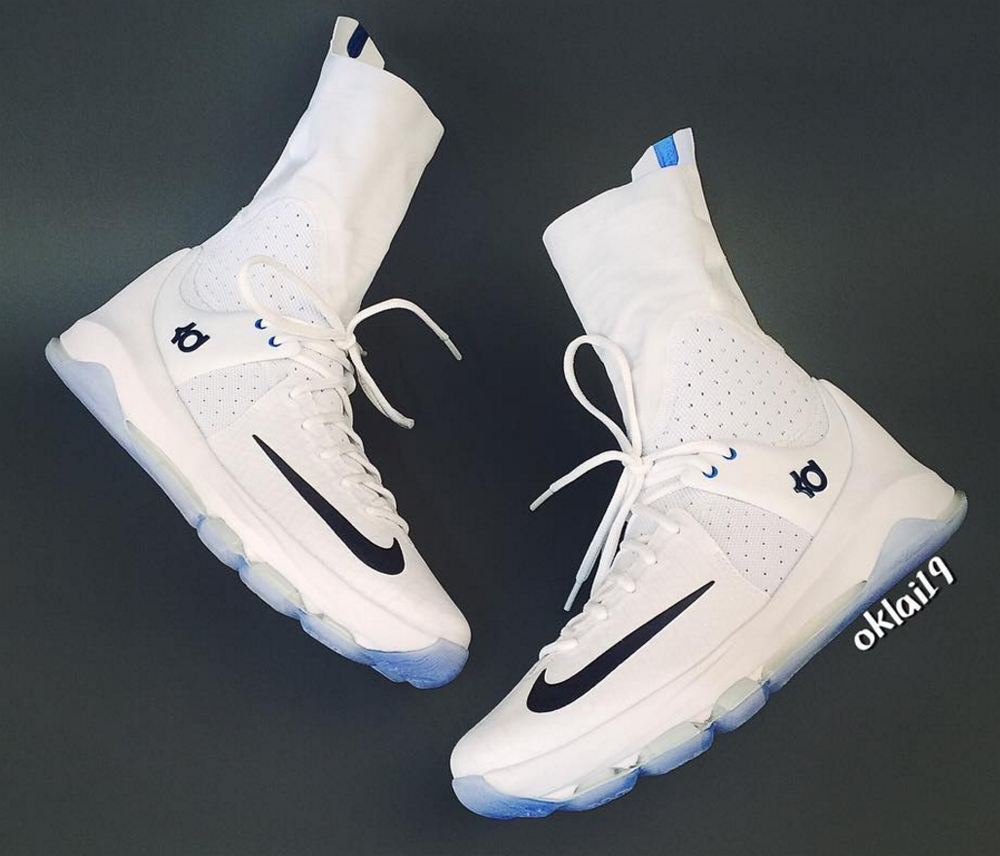