Jordan Brand has been releasing low top renditions of their sneakers as of late, leaving some fans scratching their heads as to why, and the Air Jordan 2 Retro Low is the next one on the list.

Without any real reason, the Air Jordan 2 is dropping in a total Gym Red colorway that features a tonal upper and a hit of Hyper Turquoise on the outsole and insole. It was noted that they’re celebrating the Air Jordan 2’s 30th anniversary, but releasing this colorway, in low top form, just seems a little strange when you could do so much more to celebrate — like dropping OG colors in both Mid and Low cut. The use of full lizard embossed print is something we’re not a fan of as well; it gives off more of a tacky vibe rather than a premium vibe.

If you like the Air Jordan 2 Retro in Low top form then you might enjoy this ‘Gym Red’ version of the shoe. They’re scheduled to release Saturday, April 2, for $160.

Let us know what you think about the shoe below in the comment section along with what you think Jordan Brand should be doing to celebrate the 30th anniversary of the Air Jordan 2. 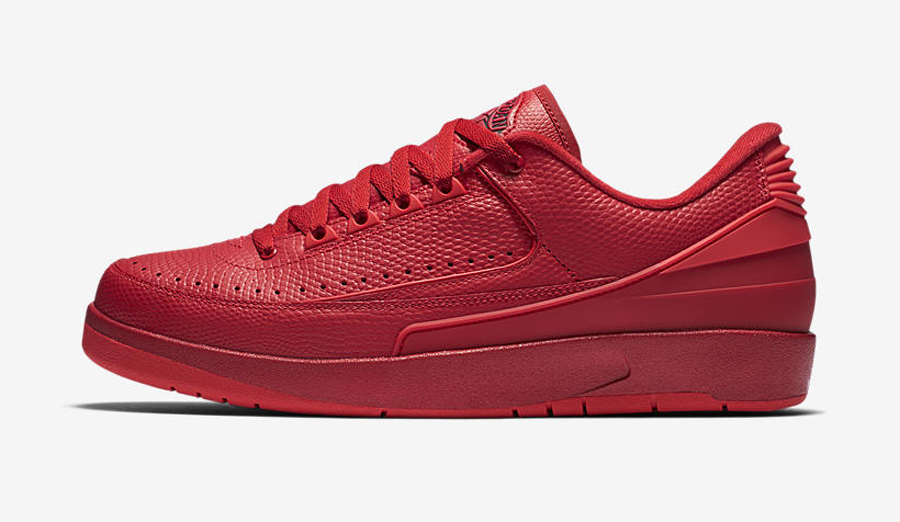 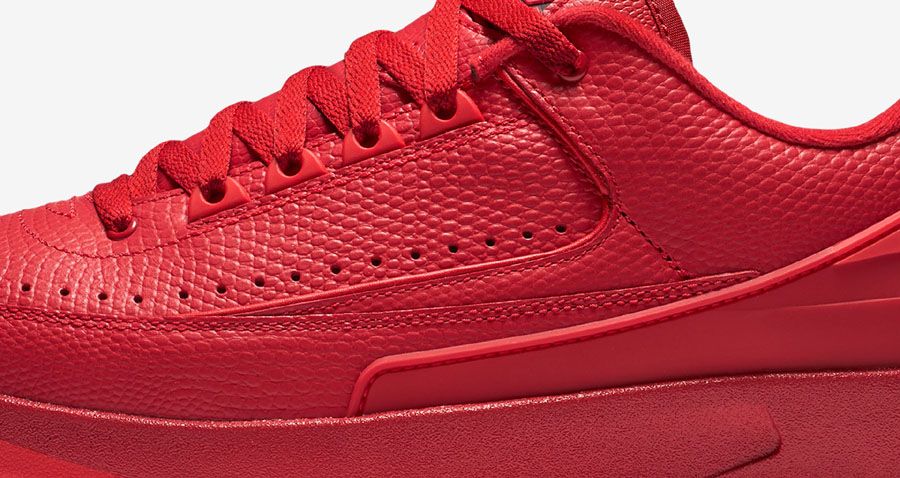 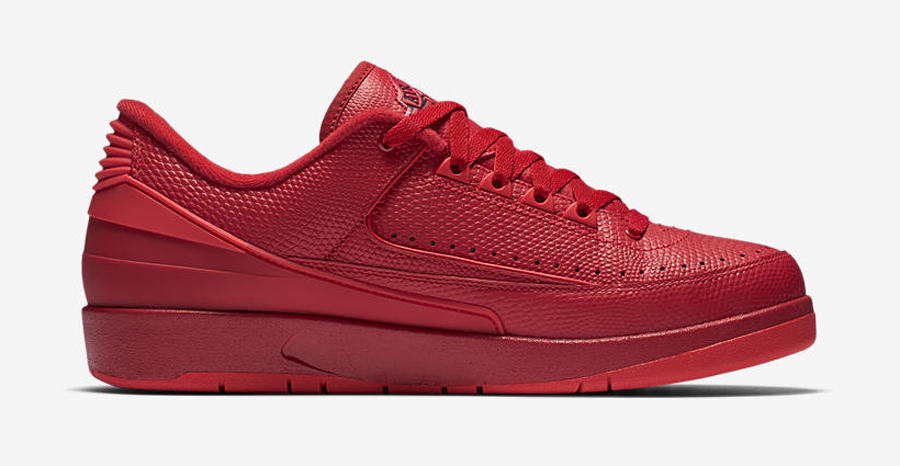 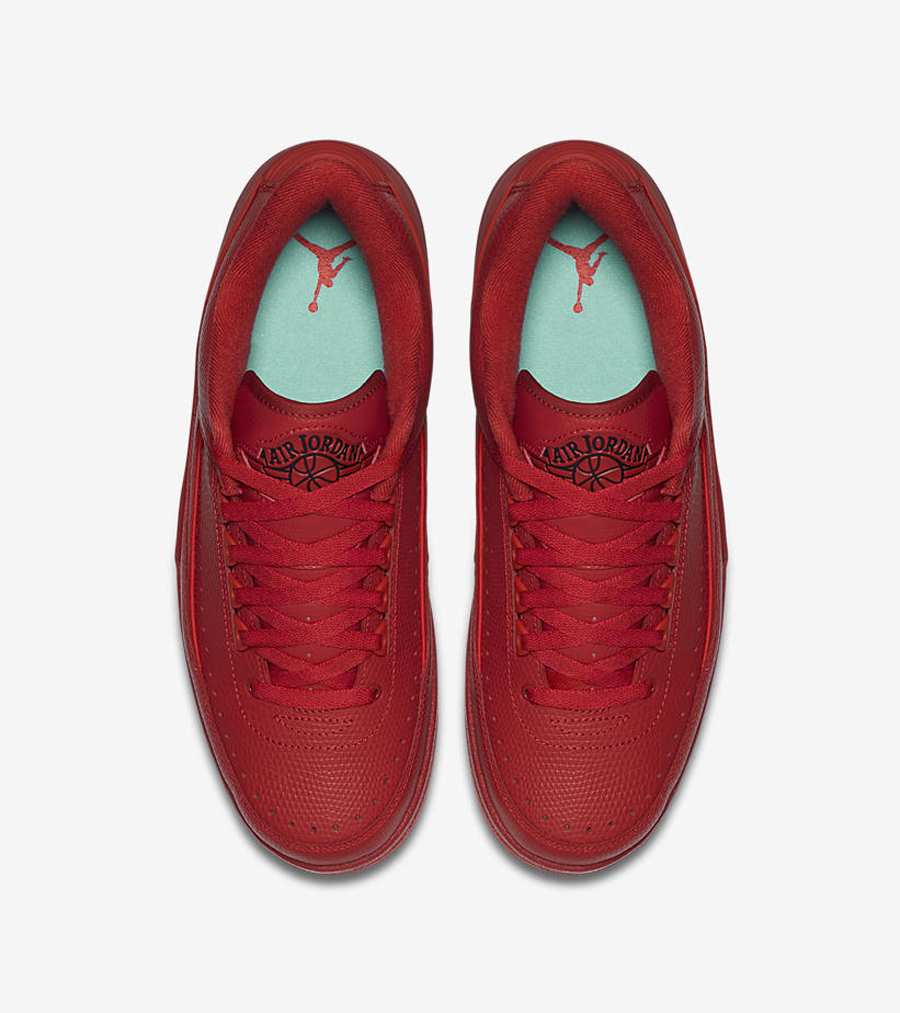 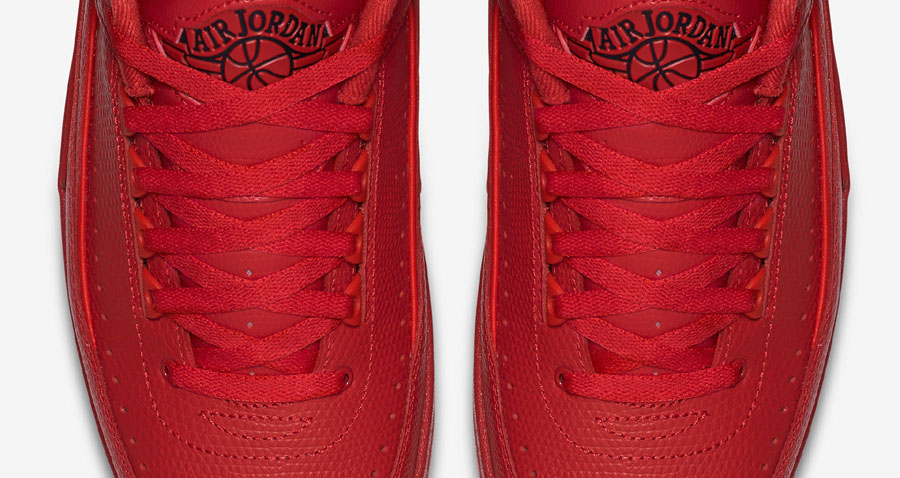 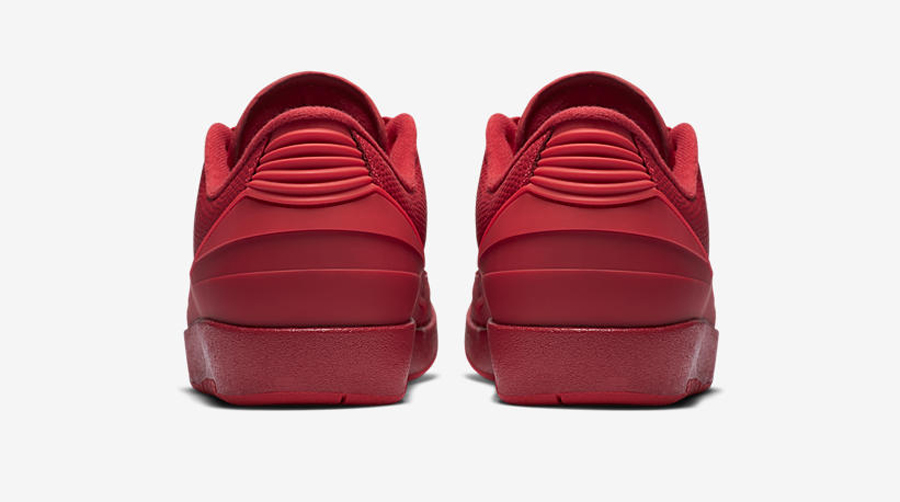 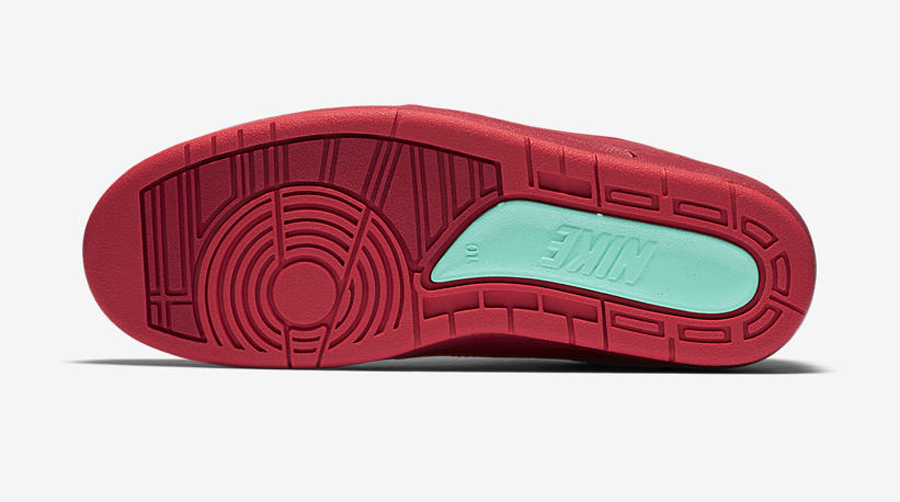 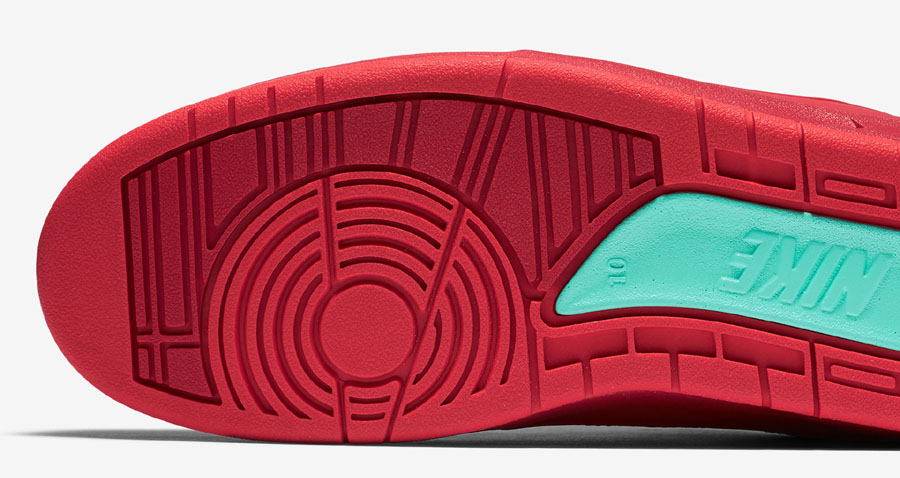 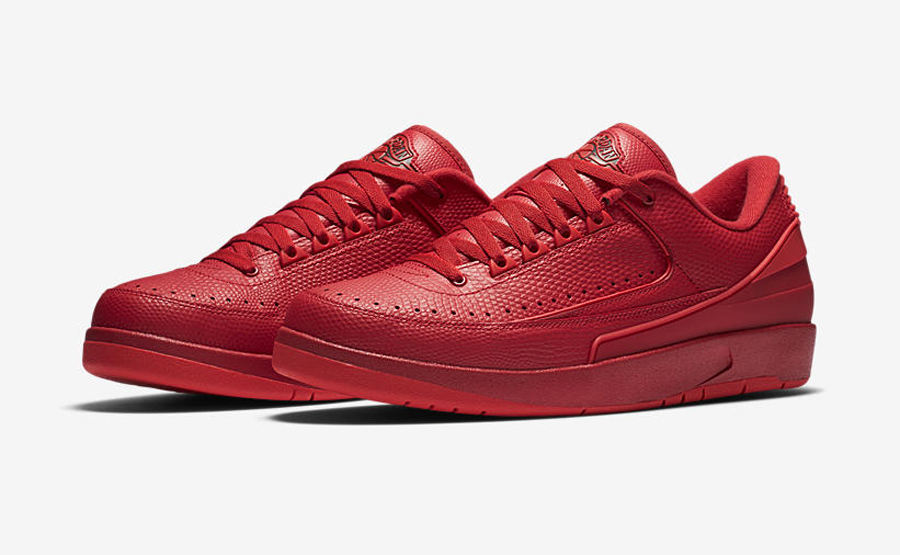 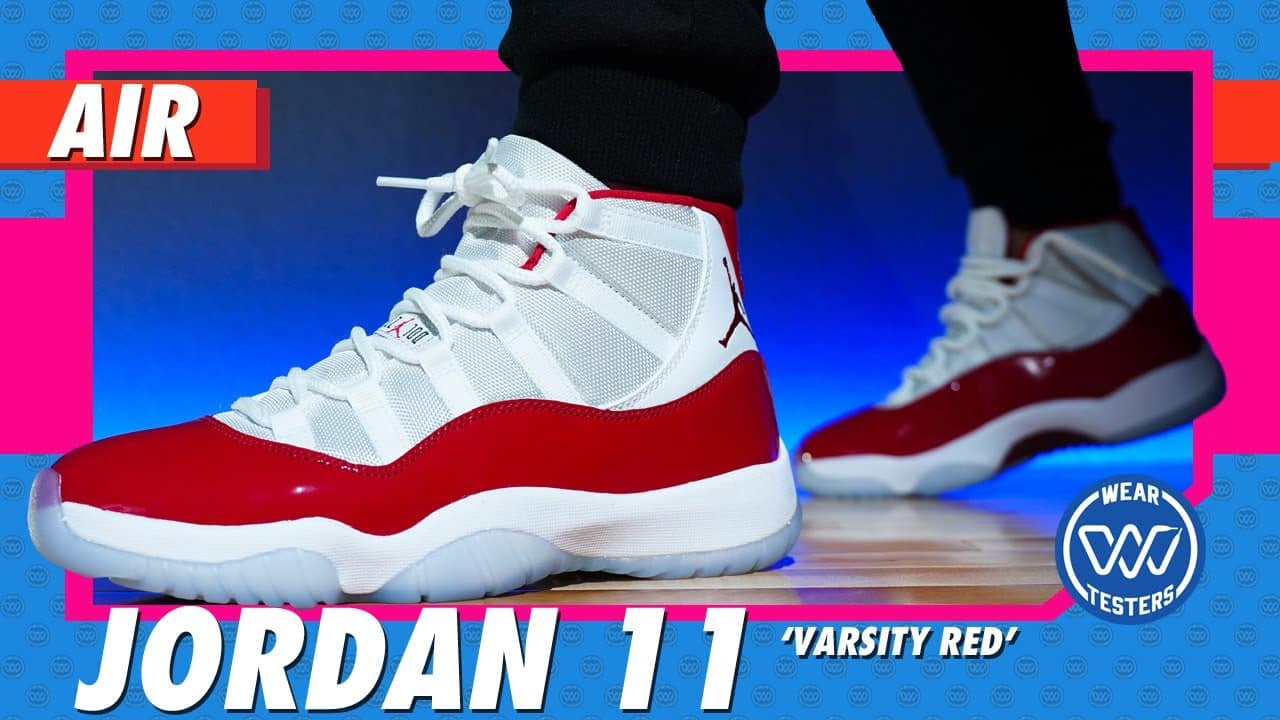 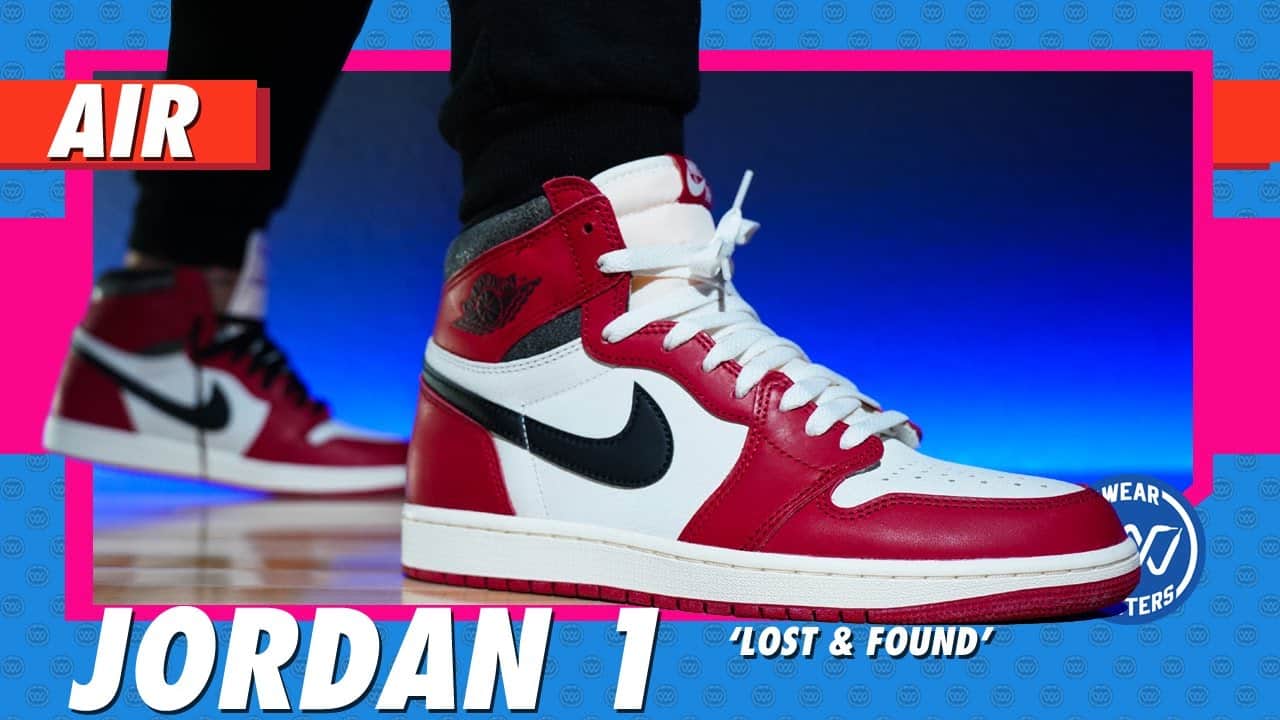 The Air Jordan 1 Lost and Found is arguably the most hyped shoe of 2022, and it’s almost… 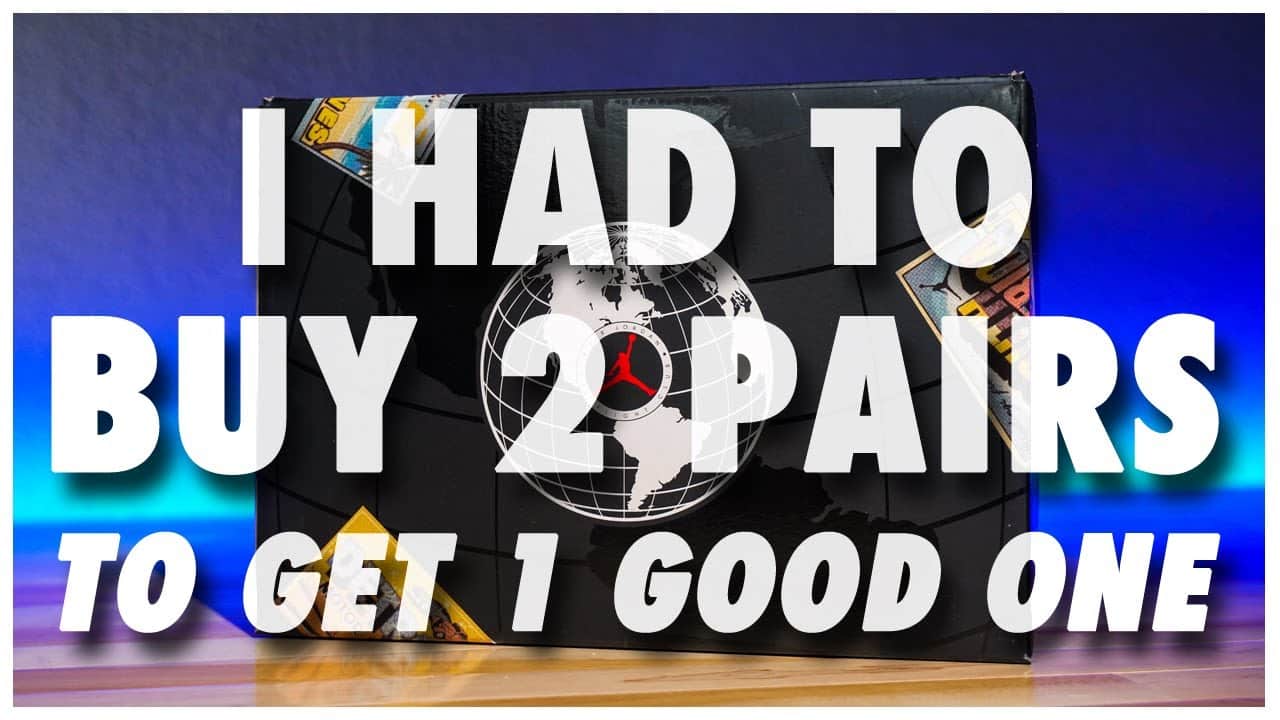