A new-and-improved runner gets a flashy, eye-catching look as you can see from these images of the Nike Air Huarache Utility ‘Hologram’.

On the surface, this Nike Air Huarache Utility is pretty simplistic with a black upper, some Bright Crimson Red touches and small amounts of turquoise on the Flywire and on the logo. A flash of light reveals some hidden details, including the color-shifting mudguard that gives the shoe the ‘Hologram’ nickname. That iridescent look is also accompanied by the reflective silver dots on the upper that is also triggered by a flash of light.

This model is an upgraded look to the classic Nike Air Huarache that originally released in 1991. The main differences in this Utility version is the usage of: Hyperfuse on the toe for durability, Flywire strands around the laces for a more snug fit and a rugged new pattern notched on the midsole.

The Nike Air Huarache Utility ‘Hologram’ can be found for $140 now at Nikestore and Jimmy Jazz. 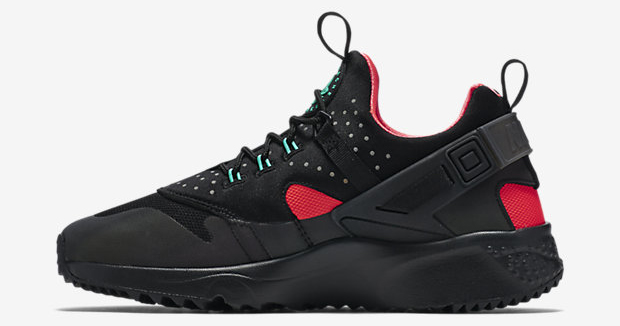 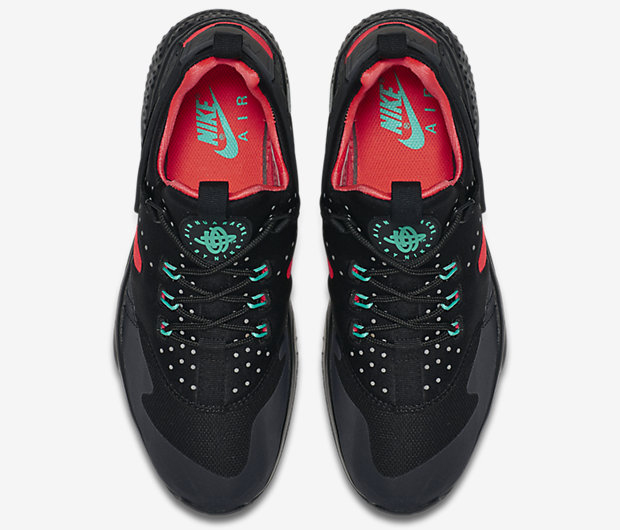 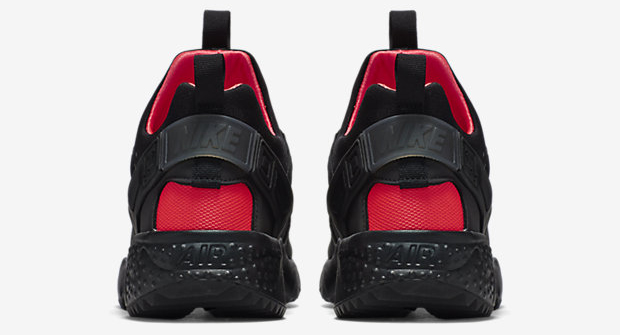 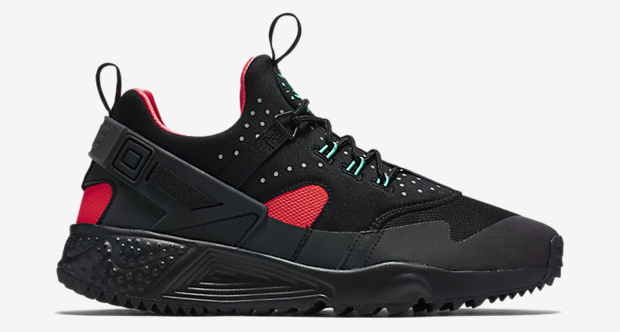