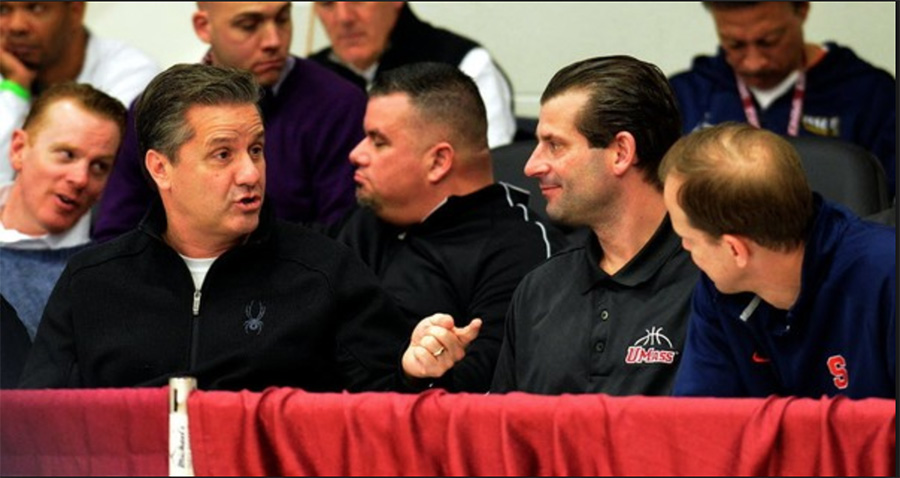 According to court documents made public on Friday and SGB Media, Gassnola entered the plea on March 30 to charges that he made payments to the families of high school student-athletes in exchange for commitment to play for certain universities. The plea and cooperation agreements were sealed by a judge at the request of prosecutors, according to Bloomberg. Gassnola was released on $50,000 bond.

Last month, Yahoo! Sports reported that Gassnola was named in a subpoena to North Carolina State University seeking information about its communications with Gassnola, adidas executives, and other coaches. In 2015, NC State signed a six-year sponsorship deal with adidas for nearly $39 million, according to Bloomberg.

According to court documents, the indictment alleges that Gassnola and others “participated in a scheme to defraud certain universities, by making, agreeing to make, and concealing, including through false representations and pretenses, payments to the families of high school student-athletes in connection with the student-athletes’ commitment to play basketball for those universities, thereby causing the universities to provide athletic scholarships to those student-athletes who, in truth and in fact, were ineligible to compete as a result of the payments.”

In early April, we reported that the NCAA college basketball investigation had grown to include two more adidas-sponsored Division I schools, the University of Kansas and North Carolina State University.

In September, former adidas head of global sports marketing for basketball James Gatto, former adidas consultant Merl Code, and aspiring sports agent Christian Dawkins were charged with funneling tens of thousands of dollars to the families of high-school recruits. All three men have pleaded not guilty to the original charges. A trial is scheduled to begin on October 1.

According to SGB Media, Gatto has been placed on paid administrative leave by adidas, and the company is paying for his defense costs.