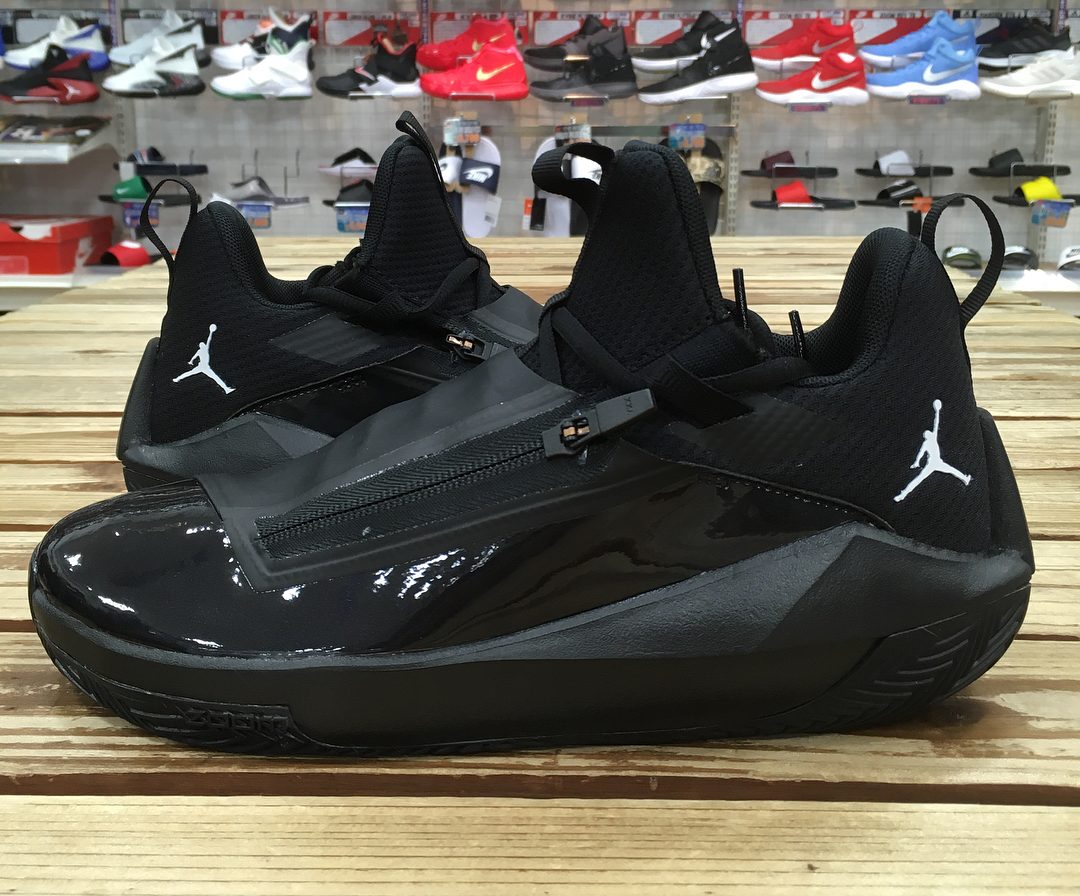 Jordan Brand has a new sneaker coming, and it isn’t the Air Jordan 33 (although that is coming soon) — it’s the Jordan Jumpman Hustle.

First spotted on the feet of Jordan Brand athletes Victor Oladipo and Andre Drummond several weeks ago, the Jumpman Hustle is equipped with patent leather, an interior mesh build, and a zippered midfoot shroud. The shroud, which is very similar to what Jordan Brand has used on the Air Jordan 28, covers only the midfoot and should offer good compression. Beneath the shroud is a fairly traditional sneaker.

While little is known about the Jumpman Hustle, it will feature Zoom Air cushioning; there’s a Zoom brand at the forefoot so I’d bet on a forefoot unit. It also looks like wearers will sit within in the chunk midsole so the lack of outriggers may not be an issue. The shoe’s herringbone traction pattern underfoot peeks out at the toes.

Details within the zippered shroud include “HO18” that may signal that we can expect the Jordan Jumpman Hustle to release in the coming months for Holiday 2018.