While some thought the announcement of a Air Jordan 3 ‘Pure White’ meant the ‘Pure Money’ edition would see a return to retail, it looks like this colorway is brand new. It sports an all-white leather build, no patent leather rand that’ll eventually yellow, and a silver translucent outsole.

This shoe could be a must-have. I still wear my ‘Pure Money’ 4s (just wore them yesterday) and it’s time to get a fresh pair of all-whites.

According to J23App, the Air Jordan 3 ‘Pure White’ is tentatively scheduled to release July 21 for $190. We’ll keep you updated if anything changes because J23App has had an iffy track record with release dates this year.

Will you be grabbing a pair or is $190 too much for an all-white shoe? Let us know. 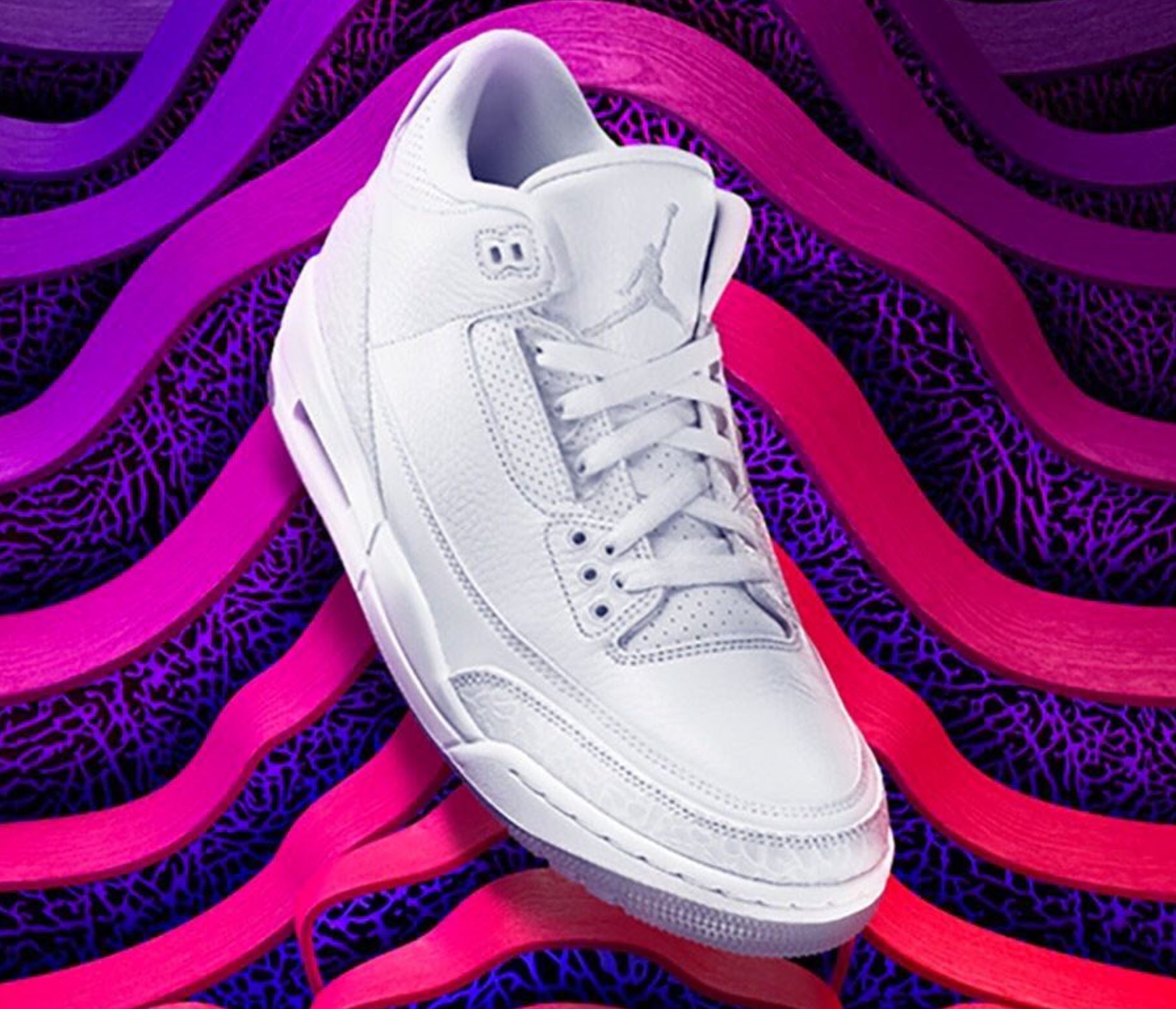