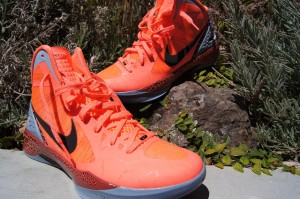 It’s been a while since I’ve updated the site… been pretty busy. However, I do have some new kicks to test out (the Under Armour Micro G Clutch Performance Review is coming, don’t worry) so I figured I’d do my usual First Impression for you guys. With that said, hit the jump to read on.

The overall design and silhouette is fantastic. I prefer the new Hyperdunk 2011 to any of the previous versions personally and feel these may be the best ones since the original.

The upper is made out of a mesh, Flywire & Fuse mix. They fit just like the Zoom Kobe V which is great. There is no dead space in the toe due to the design team using the same foot mold as they had in the ZKV. So for those of us who are a bit narrow footed, we won’t be having any forefoot sliding issues as we have been in the Hyperdunk 2010 and many other Nike performance products. 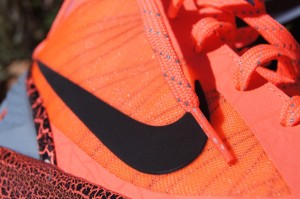 Here is a closer look at the upper material. The mesh used is the same that was featured in the LeBron 8 V2. There are perforated breathing vents or ‘holes’ along the side panel and toe box just like the Zoom Kobe VI so ventilation should be just fine. The mesh tongue is an additional area where the foot can breathe as well. It’s not covered with a thick material that will keep the moisture inside of the shoe, instead its lined with a very thin layer of mesh that you can see right through if held up to the light. 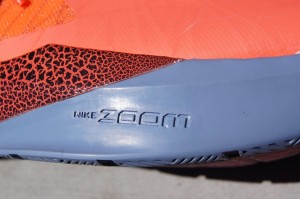 Cushion setup is the same as last year. Zoom Air in the Forefoot and the heel. 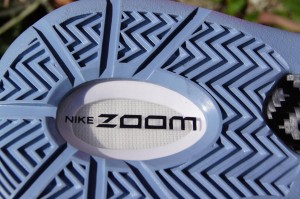 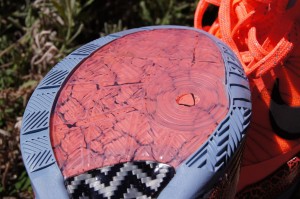 The traction is almost the same as last year’s 2010 model. I did not review the HD 2010’s (I didn’t really like them at all because of the fit) but I did play in them and the traction is nearly identical. In case you were wondering, the traction was only good thing about the HD 2010 in my opinion… so, the traction should be just fine in these as well. 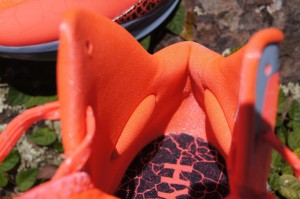 Heel lockdown was a slight drawback in the HD 2010; however, there was an extra lace loop inside the shoe that solved the issue for those people that realized there was an additional loop in place. The HD 2011 doesn’t need the additional loop for two reasons. 1) They fit perfectly due to them using the mold from the Kobe V & 2) They added these little heel notches, as seen in the KD3, which help cup your Achilles/ Heel area and keep them in place… totally awesome! The foam they used to line the shoe is also very plush, feels like memory foam… wish they used a little bit more but I won’t complain.

Well, that pretty much takes care of my First Impression on the Hyperdunk 2011. By the look and feel of them, they may be one of the better performing shoes to have released this year.