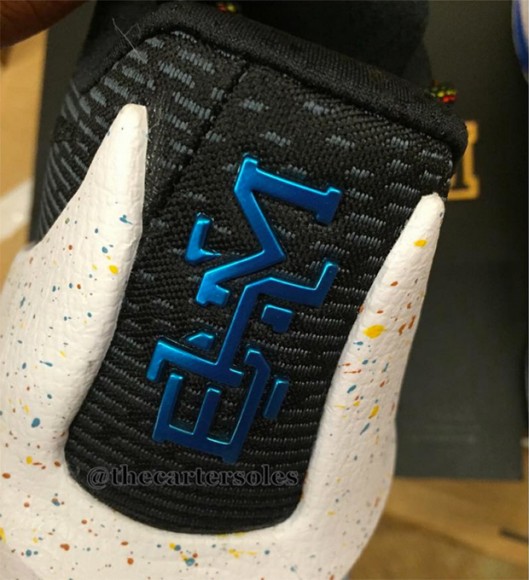 It’s almost that time when brands bring out their Black History Month, or BHM, colorways of shoes. Last February, Nike went with a black/white color blocking on their signature Nike Basketball models. In 2016, just a couple of days away, it looks to be as if we are getting some additional colors along the uppers of Nike Basketball’s BHM collection.

Seen below is the Nike KD 8, in which appears to be the upcoming ‘BHM’ colorway. We have seen previous photos of the Nike Kyrie 2 in a similar color scheme that was also referred to as a ‘BHM’ colorway. The black Flyweave upper is combined with a multicolored pattern along the tongue, Swoosh, and laces. A white midsole is speckled with blues, reds, and yellows, and royal blue hits the visible zoom bag and BHM branding on the heel of the shoes. To complete everything, the box has a gold BHM logo and an additional card outlining some details on the BHM collection.

Stay tuned to WearTesters.com for a release date, and let us know your thoughts in the comments below, and if you haven’t checked out their performance reviews already, check out my review HERE or Nightwing’s review HERE. 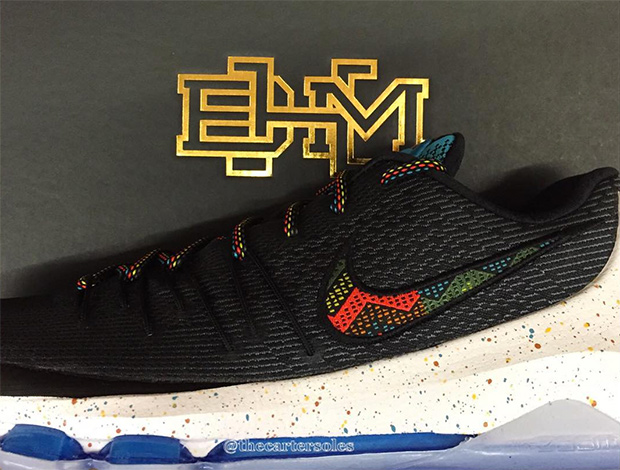 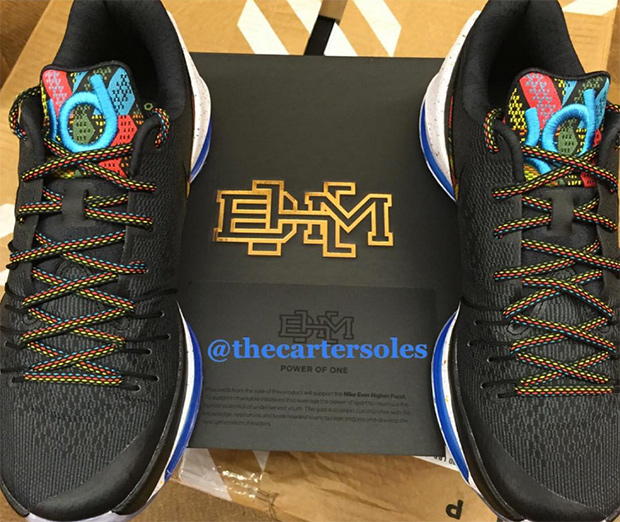