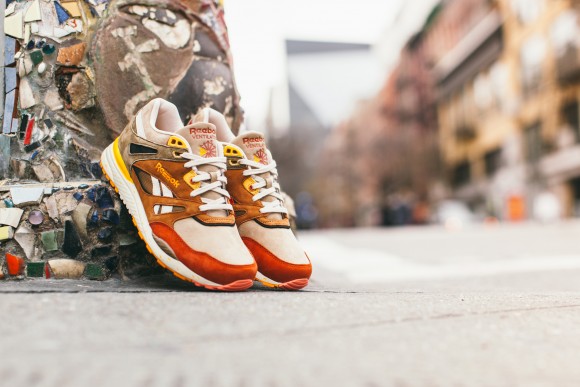 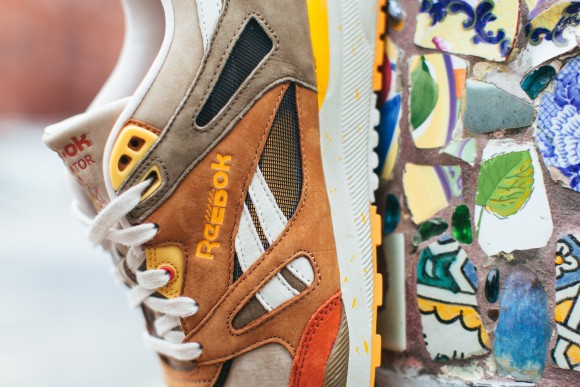 The Extra Butter x Reebok Ventilator ‘Street Meat’ is ready to drop! The release schedule is as follows: the shoes will release at Extra Butter’s Lower East Side (125 Orchard Street) location on February 6 at 7:00pm EST. The next day, Saturday, February 7, they’ll release at Extra Butter’s Rockville Centre (266 Merrick Road) location at 10:00am EST. Finally, the Extra Butter x Reebok Ventilator ‘Street Meat’ will drop online at extrabutterny.com at 12:00pm noon EST on February 7. Retail is set at $145 and it will come in sizes 4-14. The Reebok Ventilator sizes a 1/2 large so go a half size down from your usual size. The good news is, there will be a few different ways to cop the first Reebok 25th anniversary Ventilator collab.

Check out the whole story behind this collab including what ingredient each part of the shoe represents. There’s also the gallery of detailed images below. Share in the comments whether you’re feeling the inspiration and execution of this collab and whether you plan on picking it up.

You can pretend we don’t exist, but you’ll eventually have to recognize we’re hungrier than most, if not all.  We’re the underdogs, the misfits, the misunderstood, and we are back with something most true to the gritty streets of New York City—Street Meat.

This year marks the 25th anniversary of the original release of the Reebok Ventilator.  With so many good movies to choose from in one of cinema’s best years (1990), it was almost impossible for us to narrow the choices to just one.  Cut to a late night craving for some halal—and the discovery that halal food carts were established and skyrocketed in popularity in 1990—and the idea for the affectionately named “Street Meat” was born.  That is how we do—organic.  Story first, execution later.  Not to mention, we eat some of the best [read: worst for your body] food in NYC.  #LunchSpecial anyone?

We’re fortunate enough to get to work with some of the most premium nubuck material we’ve encountered courtesy of the Reebok team—appropriately dubbed euphoria nubuck.  This stuff is no joke, and just like the microplush couch you had in your living room as a kid, you can use your finger to draw inside the toe box by brushing the pile in the opposite direction.  We took our colorway interpretation quite literally for this one, and drew from a palette of halal plate foodstuffs—lamb, chicken, and falafel inspired upper; oblong yellow rice speckled midsole; undercooked chicken hits on the outsole; lettuce arch support foot bridge; and of course, extra lace options for the infamous red and white sauce, as well as mismatched red and white stripes on the medial and lateral sides.  And of course, a little reflective pop on the lace stay, and a hybrid reEBok logo in the mix just because we can. 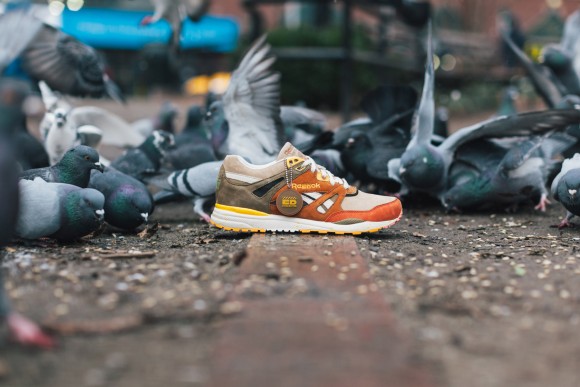 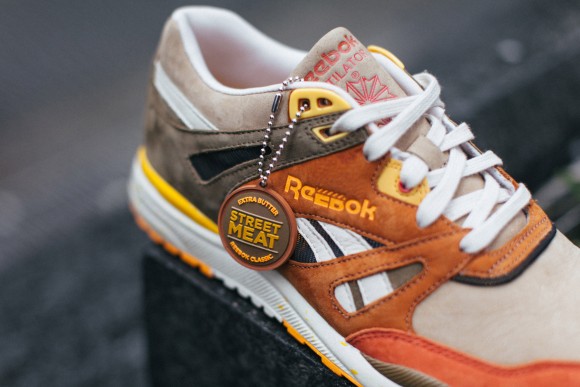 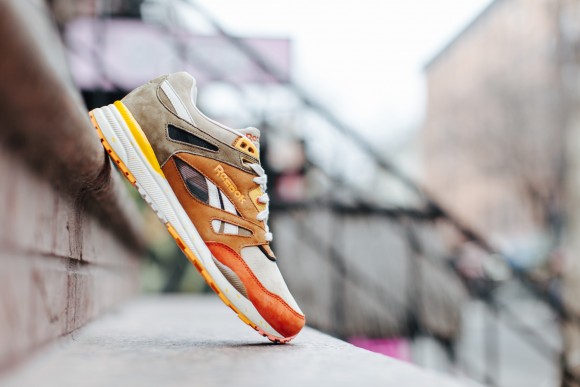 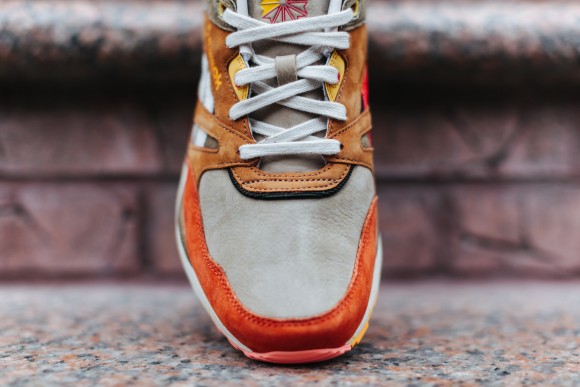 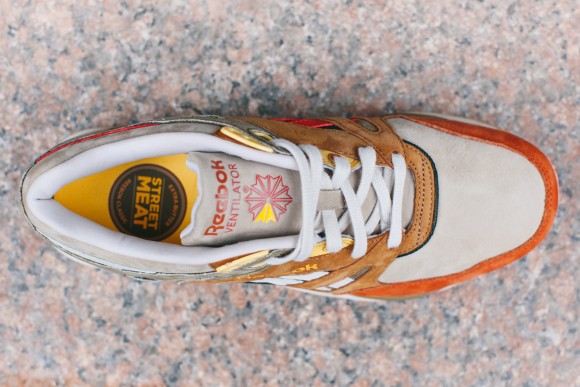 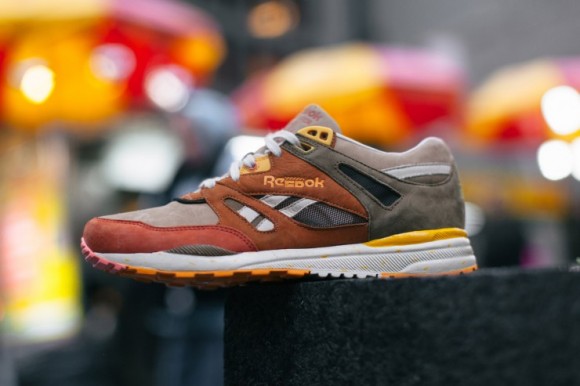 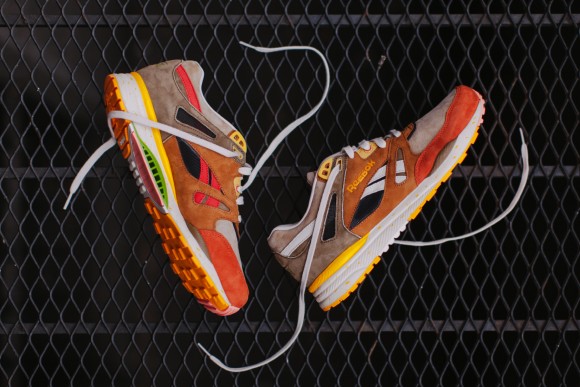 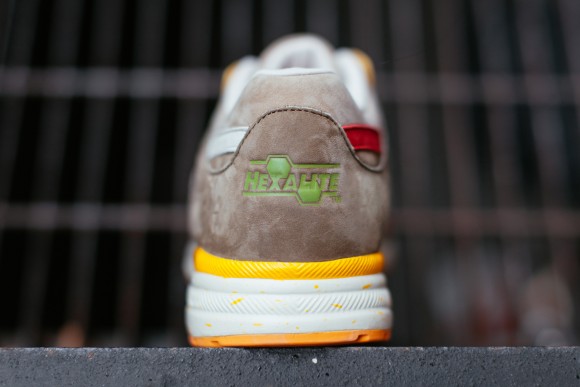 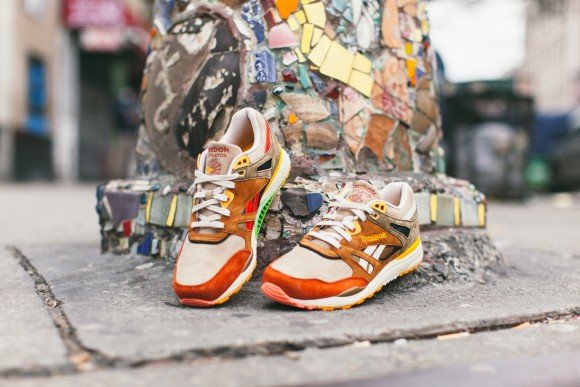 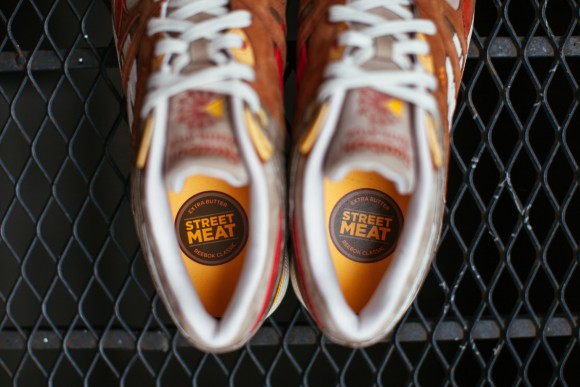 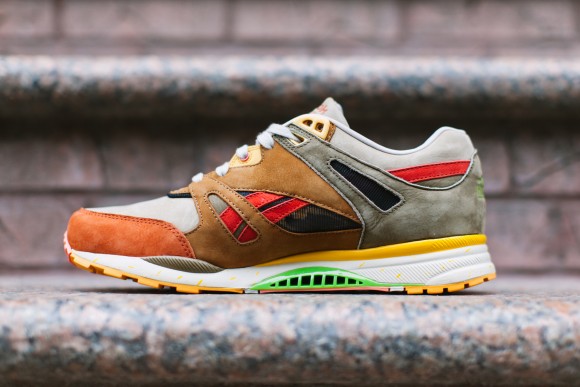 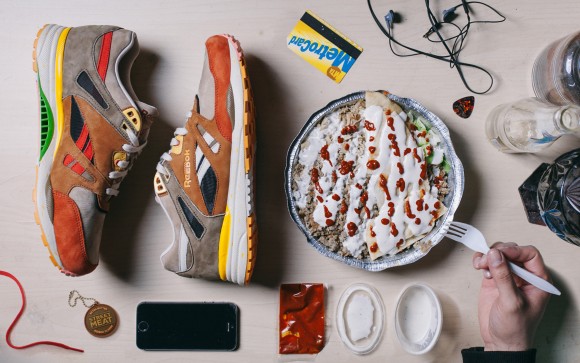