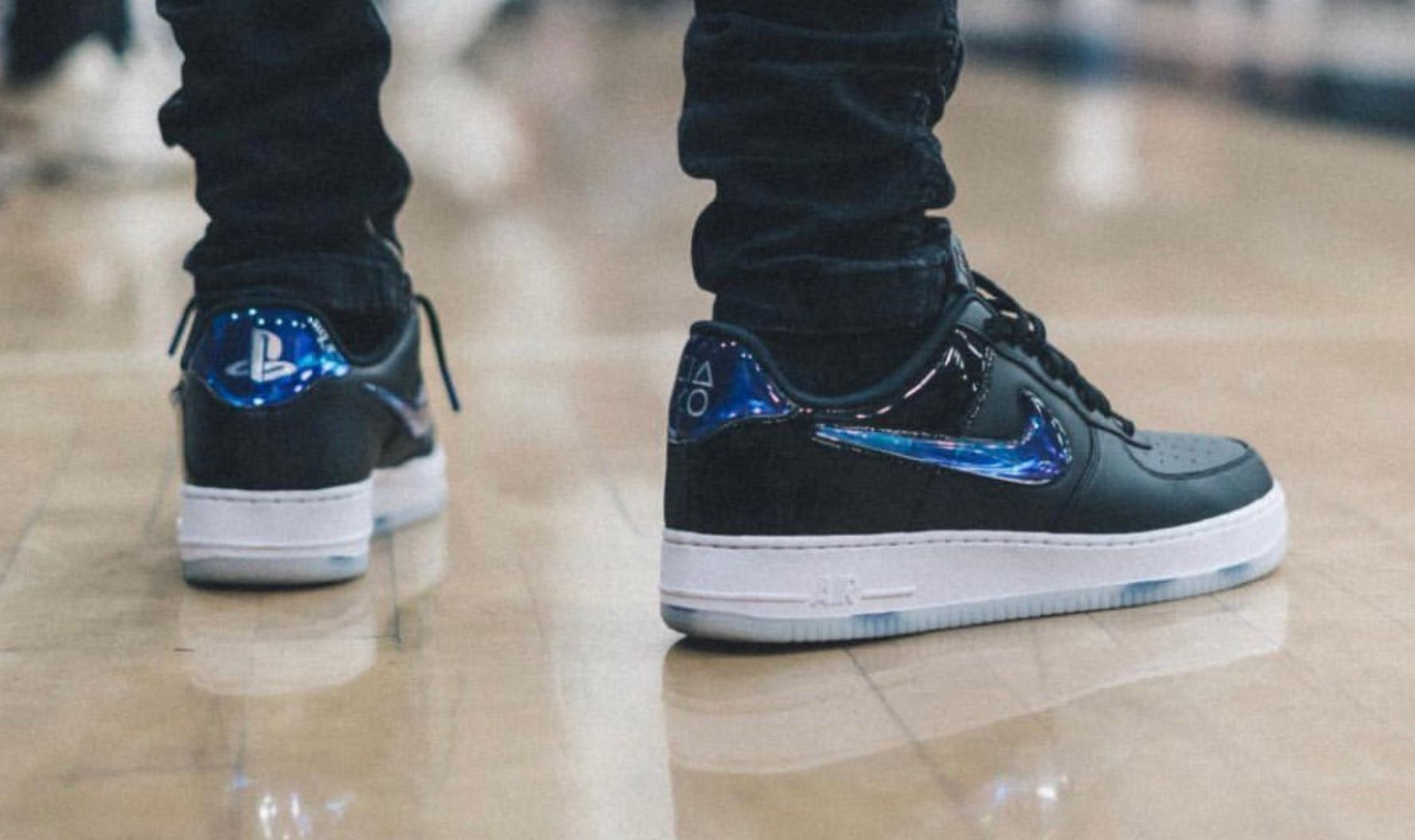 Last week, Nike teased a new Playstation collaboration with a never-released Air Force 1 sample. Now, we’ve got a look at the shoe that is expected to release and when that release may occur.

The enormous screen outside of the E3 venue has been teasing the release of this next Playstation x Nike Air Force 1 with the Nike SNKRS app logo and the collaborative dual-branding in white. According to E3’s press conference schedule, Sony’s presentation will begin at 6 PM PT (9 PM ET) on Monday, June 11. While nothing official is known yet, I would be prepared on the SNKRS app at that time if you’re interested in this shoe.

Now, for the actual shoe; thanks to @drewleague, we’ve got a look at the Playstation Air Force 1 that could be releasing. It goes for a much more toned down look than the original with smooth leather from toe to midfoot and patent leather at the heels (a nod to the original). Huge iridescent Swooshes and heel tabs showcase Playstation’s galaxy-inspired imagery. The shoe rides atop milky multicolored outsoles and white midsoles.

There is no official word yet on what the 2018 Playstation x Nike Air Force 1 will cost so stay tuned for updates.