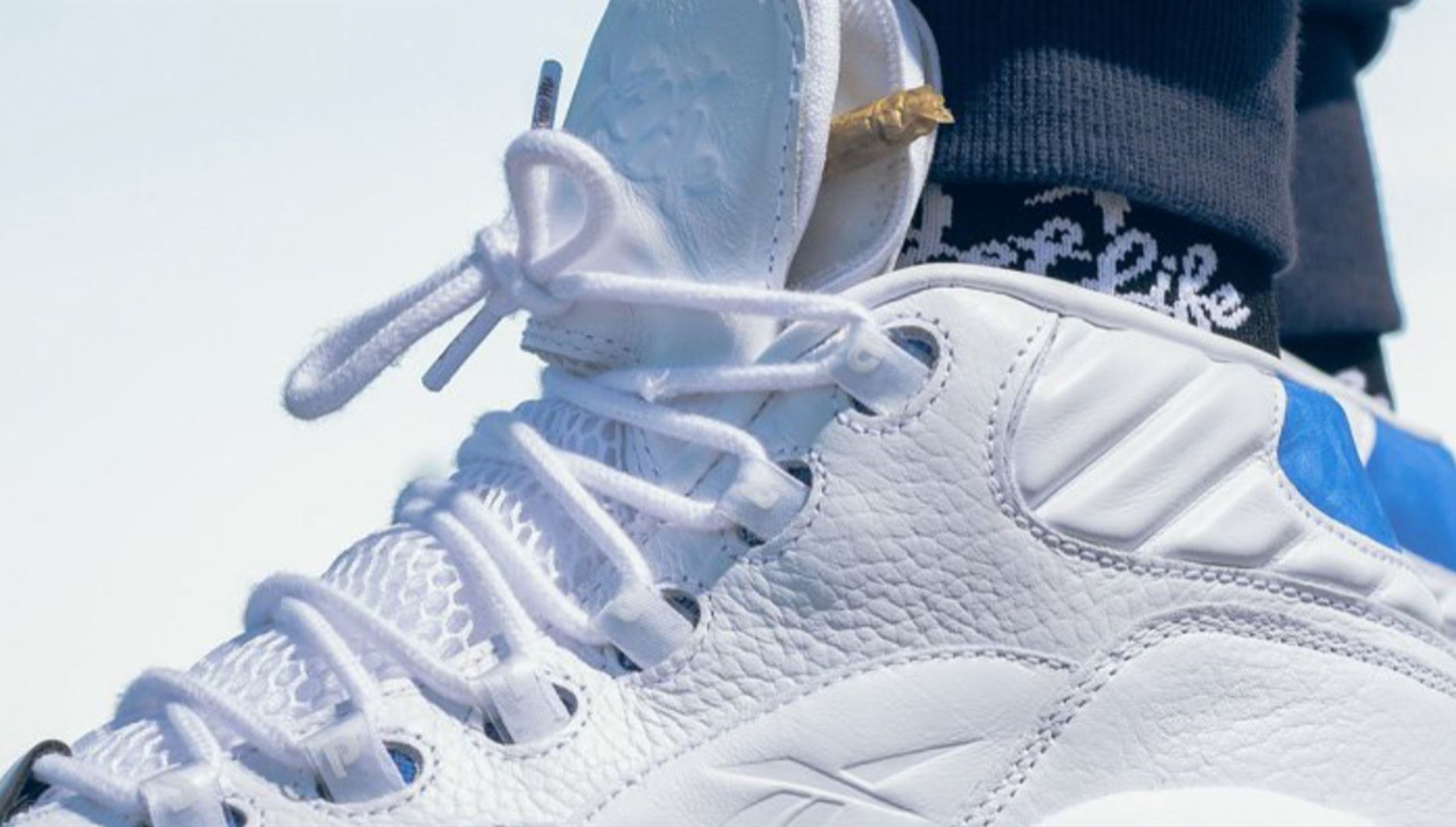 New Orleans rapper Currensy has once again collaborated with Reebok Classic to create the Reebok Question Mid ‘Currensy’. Ahead of the shoe’s limited release on May 3, we spoke with its designer to learn all of the intricate details that went into this project.

On Tuesday, Currensy took to Instagram to unveil his latest collab with Reebok. According to Chris Hill, Senior Designer of Statement Product at Reebok, this Reebok Question Mid and its unique packaging are inspired by Currensy’s ’64 Impala, which itself is inspired by his albums Pilot Talk I, Pilot Talk II, and Pilot Talk III. Currensy has an affinity for old school low riders — especially cars with pimped out candy paint, pinstriping, hydraulics, and custom lights and inlays.

This isn’t Chris Hill’s first time working with Currensy; the two teamed up to create the Jet Life Club C 85 as a celebration of last year’s NBA All-Star Weekend in New Orleans. That shoe instantly sold out.

Currensy is also huge basketball fan, and after the Club C event for All-Star, he requested that his next collaboration be on a Shaq Attaq or Question. Thus, Chris Hill used the OG Reebok Question blocking, cleaned up the silhouette, and elevated it with premium materials.

The upper of the Currensy Question is constructed of tumbled and smooth leather, and even the shoe’s inner lining is premium leather. The toe flaunts a color-shifting material that goes from green to blue to purple — the respective colors of Currensy’s three Pilot Talk albums.

“The outsole is green ice with a graphic printed under it that is taken directly from his Pilot Talk albums,” Chris Hill told WearTesters. “He [Currensy] requested this on his first shoe but there wasn’t a place it worked so I wanted to get it in on this shoe as long as the story worked.”

More notable details are featured at the webbings, which have “Spitta” (Currensy’s nickname) printed on the lateral sides and little jets on the medial sides. The tongue flaunts “Jet Life” debossed in leather, and the Vector logo is also debossed on the sides of the shoes.

To further honor Currensy’s ’64 Impala, the sockliner has a 3D-printed pinstripe graphic. “The heel jewel is also molded chrome with a jet impression, and this is the first time we’ve ever done this on the Question,” Hill told WearTesters.

Seeded pairs of the Reebok Question Mid ‘Currensy’ will come with a pair of solid metal dice hangtags inspired by the dice tied around the rearview mirror of Currensy’s Impala; one die has just four dots on it while the other has twenty.

Like Currensy’s first collaboration, this shoe features a stash pocket. “We got feedback from the last launch that the stash pocket was a little small,” Hill told WearTesters. “So, I replaced the binding with a hidden zipper so the entire tongue is now a stash pocket.”

This insanely technical and detail-oriented collaboration will come in a box fitting of the shoes being put into it. Inspired by the rear trunk of Currensy’s Impala, the box alone took nearly 60 man hours to create. The chrome is all digitally rendered by hand, and the pinstriping and lettering were done by hand first, then digitized.

“We tried to duplicate all the details from his car as close as possible, from the hand lettering to the pinstriping to the hologram foil inlays — even the hydraulics,” said Hill. “I switched out the Chevy and Impala logos for ‘Jet Life’ and ‘Reebok’ with the I3 logo. All the chrome is embossed so it feels like it’s sticking off box/car.” “Cruise Life” was even added to the back of the box to mirror the actual car.

As a final flourish, the box even opens like the trunk of Currensy’s car does; the finger hole is where the key hole is on his trunk, and there are additional hidden details throughout.

“When you open the box you see graphics representing the hydraulics in the trunk,” said Chris Hill. “The idea is you pop the trunk to get your kicks.”

When your girl comes outside and accuses u of being a chipper…..