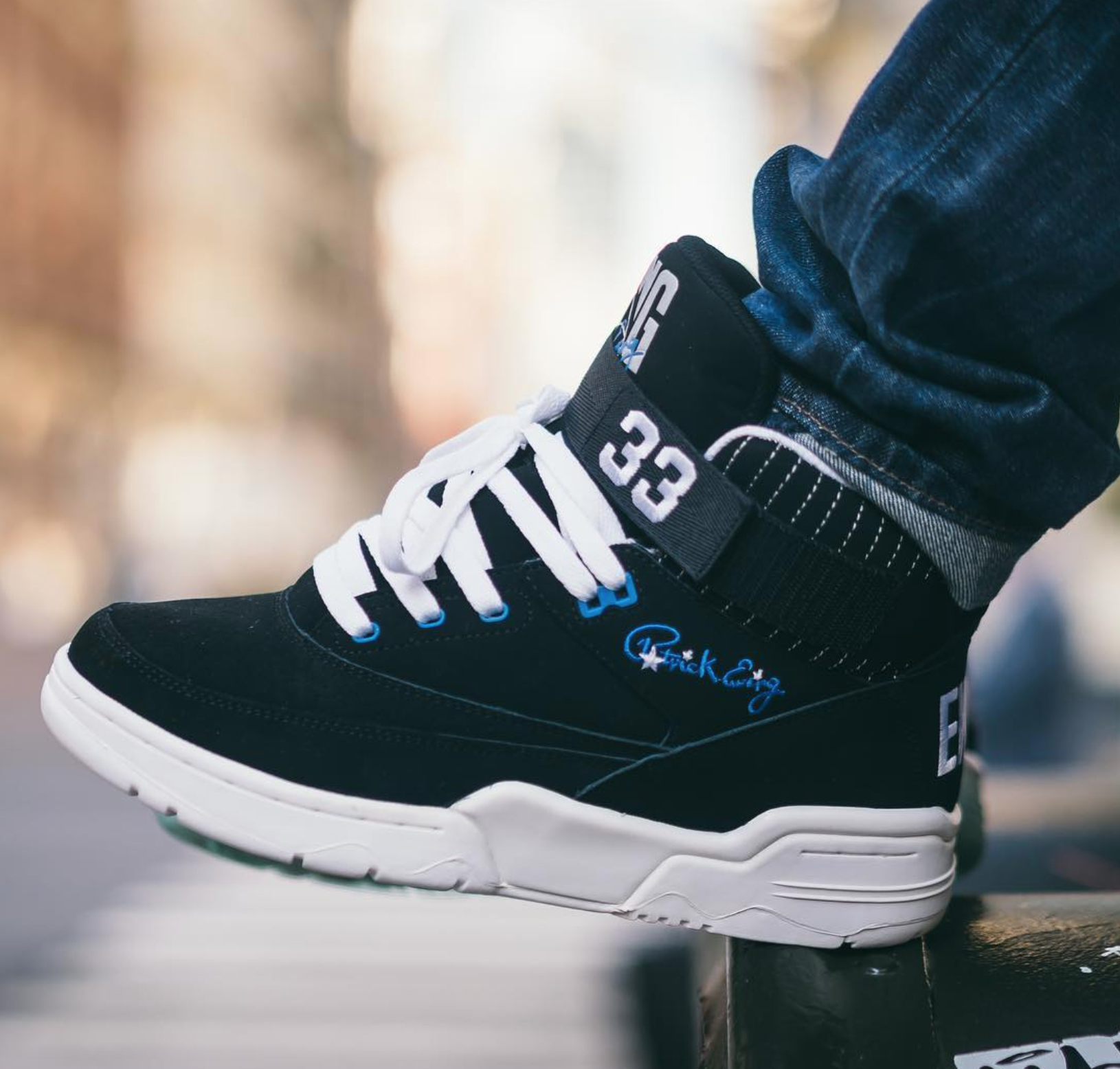 Patrick Ewing is most remembered for his time as a legendary New York Knickerbocker but he spent time at opposite ends of the United States.

While Ewing only spent one year in Seattle, it was the city he played in after New York and Ewing Athletics is showing it some love.

The latest 33 Hi is dressed in rich autumnal colors like Forest Green and Burgundy Suede that remind you of the lush Pacific Northwest. The tongues flaunt new branding that includes Seattle’s Space Needle, just like the old SuperSonics logos, and gold embroidery hits the heels and signatures. Oh, and gum bottoms.

The Ewing 33 Hi ‘Seattle’ will launch sometime in October and release alongside a 33 Mid that honors Orlando. Patrick Ewing spent the last year of his career in Florida, and this silhouette pays homage with pinstripe detailing and the iconic black/blue color scheme of the Magic. The upper is done entirely in nubuck.

Are these successful departs from the New York Knick colorways? What do you think of the inspiration/execution? Let us know in the comments. 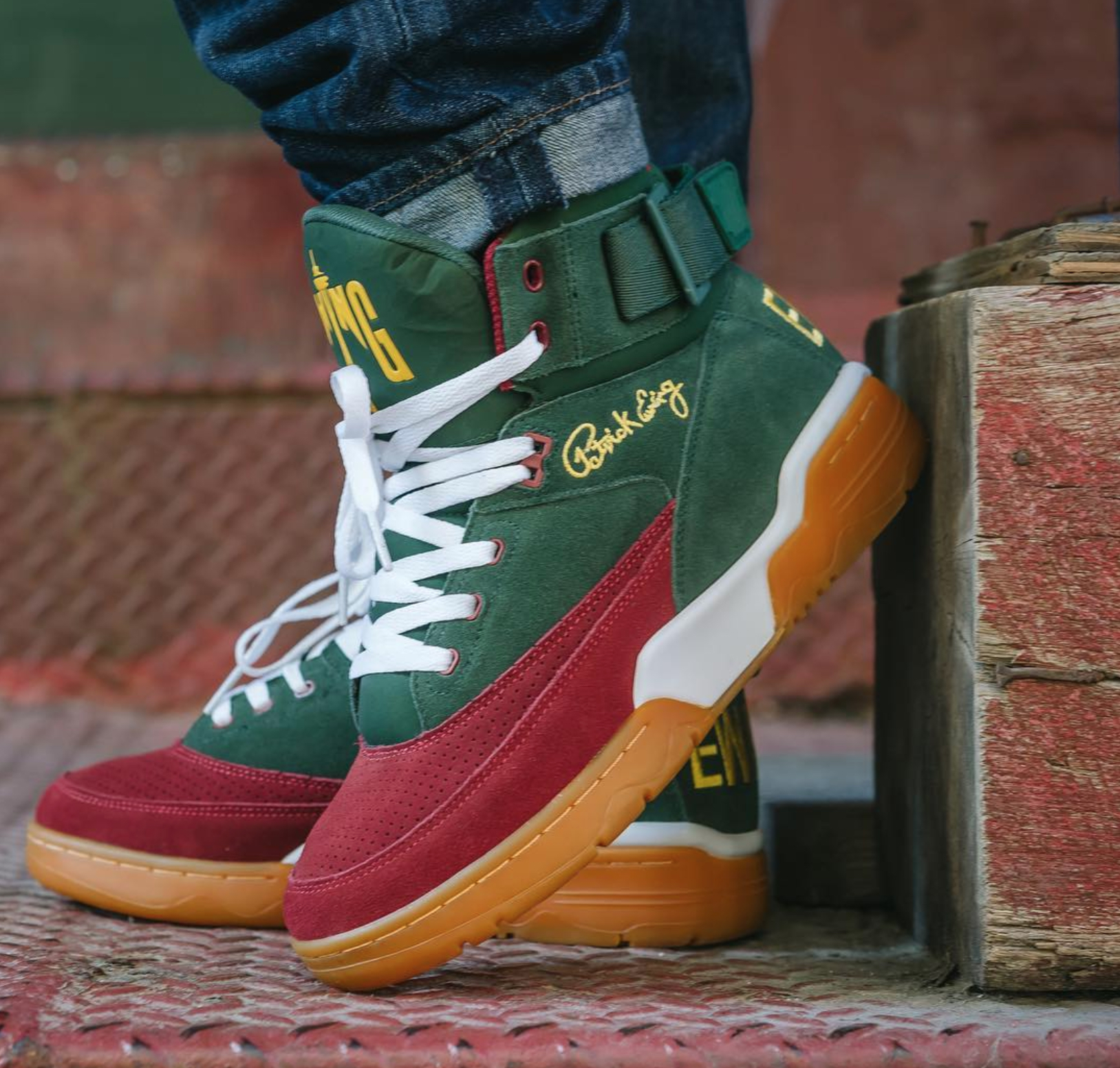