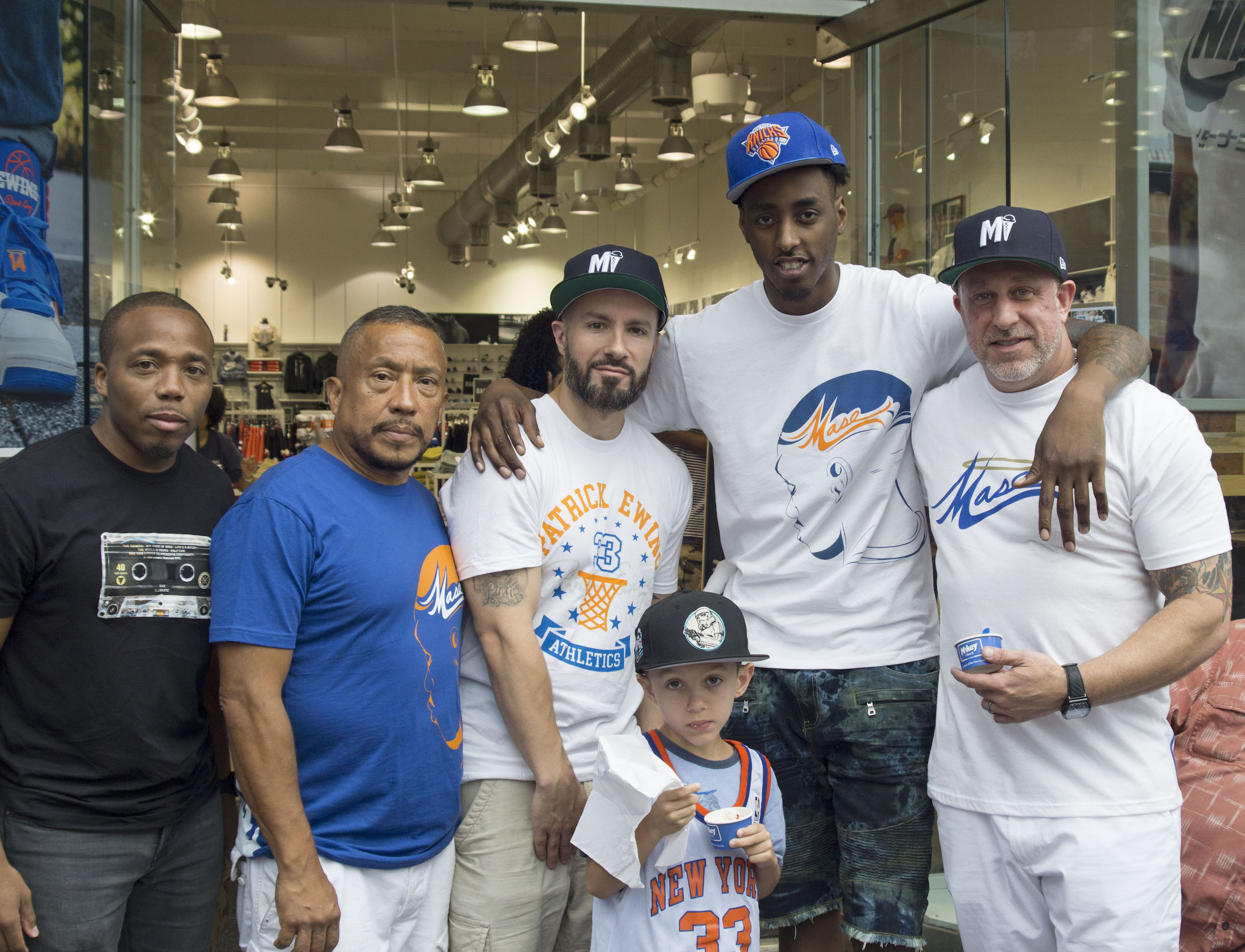 The event took over 165th Street in Jamaica, Queens, and featured a free-throw contest, Mikey Likes It Ice Cream, a live DJ spinning hits, and the man of the hour Anthony Mason Jr. It was definitely for the culture.

“My pops passed two years ago and I’m just feeding off the energy from renaming the street, renaming the court — doing the commemoration in this way [a sneaker], with one of his former teammates, puts light on who he was, what he was to the game, and how people in the community feel about him,” said Anthony Mason Jr.

Mason Jr. wanted to differentiate his predominantly blue colorway from an Ewing Concept that had already released. The grey at the midsole represents the concrete streets, the splatter on the midsole was inspired by Teyana Taylor’s Ewing collab, and the halo above the 14 is meant to signify his father’s passing.

“People still come to me and say, ‘What’s up with your pops?’ so there people that don’t know the story, don’t know he passed,” said Mason. Jr.

David Goldberg, president and owner of Ewing Athletics, attended the event with his son. A Queens native, he told me how the latest Ewing Athletics collaboration came about. Last year, at an event with Patrick Ewing and Fab at ALIFE, Mason Jr. and Goldberg were introduced by Mr. Throwback.

“We should do something to honor your dad, it would be the right thing to do” said Goldberg to Mason Jr. The two kept in touch, and began talking details. Because Ewing Athletics is a small footwear company, the sneaker went from discussion to final product at retail in just one year.

Hosting the launch event in the heart of Queens was no coincidence. “He was a Queens guy,” said Goldberg. “People don’t know, Ewing Athletics is, essentially, a Queens company. The original Ewing Athletics was headquartered in Jackson Heights and then it moved out to Long Island. My incarnation of it is in New Jersey but I grew up right around here.” 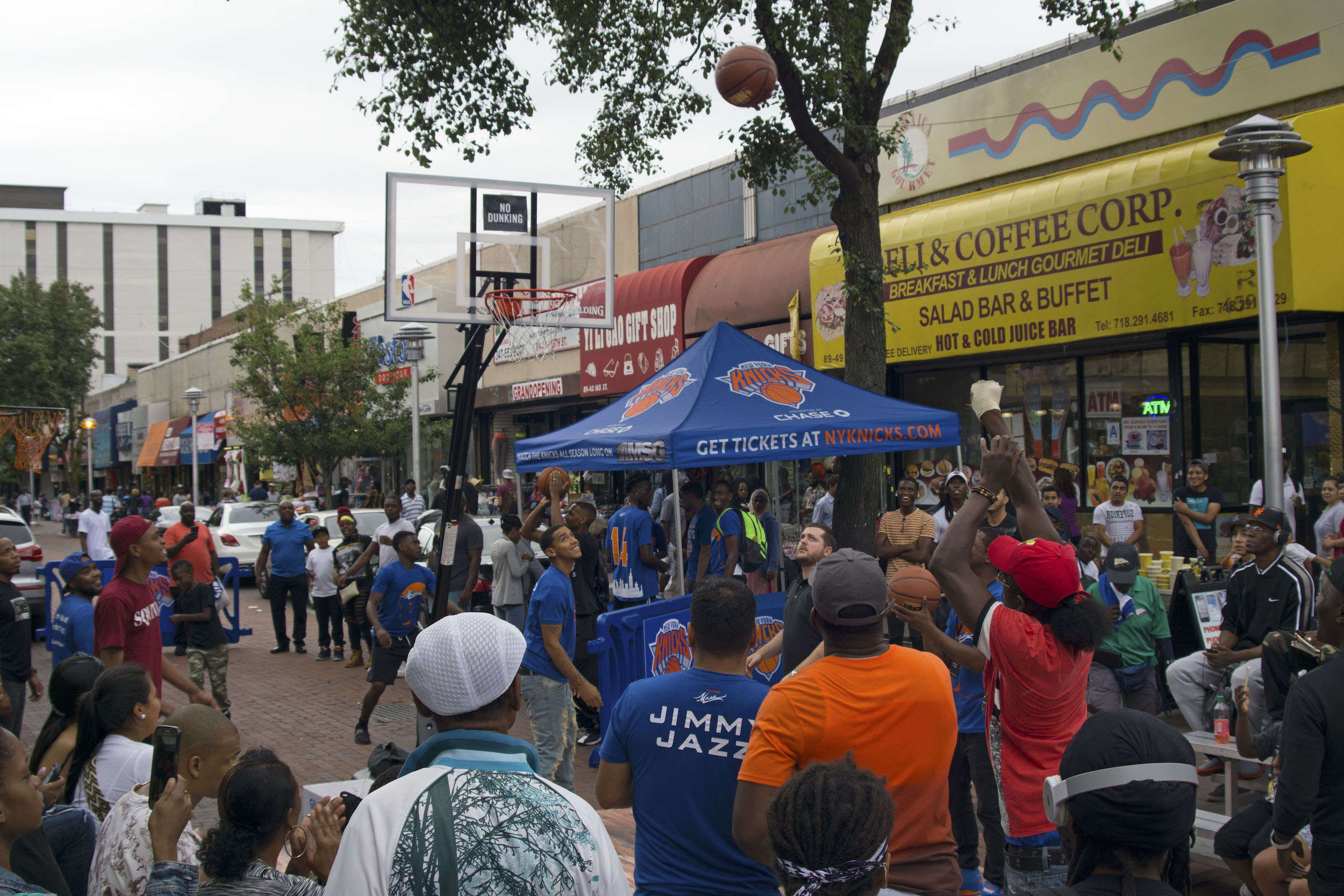 “Anthony Mason is a Queens and New York legend — he means so much here. I don’t know if people around the rest of the country get how much he means if you didn’t grow up here,” said Goldberg. He remembered watching Anthony Mason when he was a kid.

“We had season tickets and my dad used to bring me to all the games. I remember every year his chest got bigger and bigger — he was just so big at a time when not a lot of guys were into the weightlifting. He was super cut, he was so unorthodox, he was left handed, his arms were twice the size of everyone elses — he was ripping down rebounds and bringing the ball up. When Don Nelson became the head coach he wanted him to be the point forward — it was unheard of! His skill set was so ahead of its time.”

Anthony Mason Jr.’s foundation, Family on Three, is a youth enrichment program that channels the go-hard attitude of his father. It helps children and athletes identify what they must provide for themselves to make it through life. Financial literacy, health and nutrition, insights and advice about agents and contracts — nothing is being held back from these kids.

According to Goldberg, most of the proceeds from the Anthony Mason tribute sneaker will be donated to Family on Three. Last year, Ewing Athletics did a breast cancer awareness sneaker and donated over $10,000 to the cause. Jimmy Jazz donated an additional $500 to Family on Three at the launch event.

Mason Jr. is hands on with the foundation, just like he was designing the sneaker, and he has goals for Family on Three. “I want us to have our own facility, almost like a YMCA, but a more educational format where we can have seminars and things like that. I’m building something from almost nothing, and I have to make sure the structure is correct.”

When I asked why Anthony Mason Jr. why he wanted to do sneakers and apparel to commemorate his father he said, “It gave me a way to embrace him again even though he’s not here.” 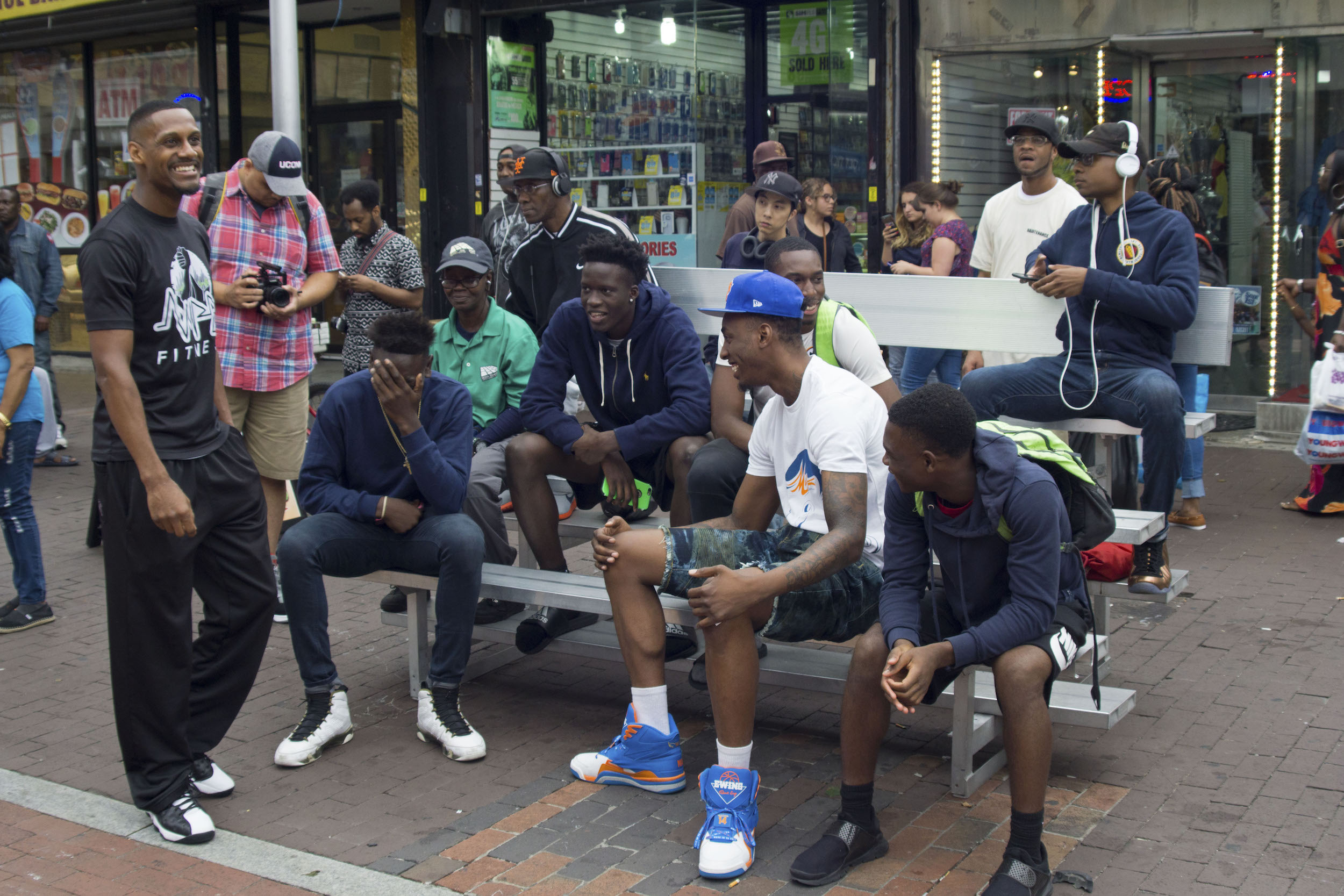 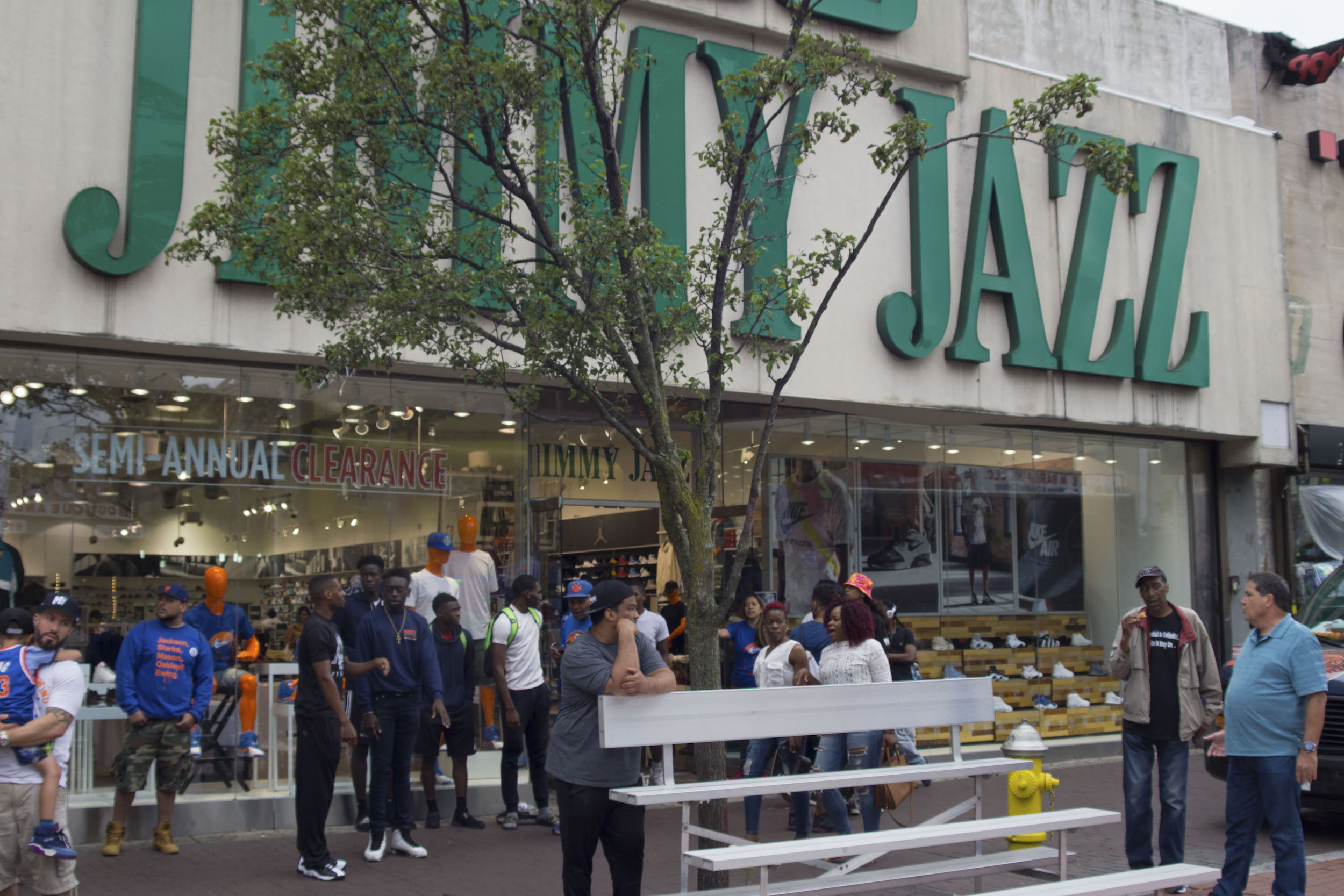 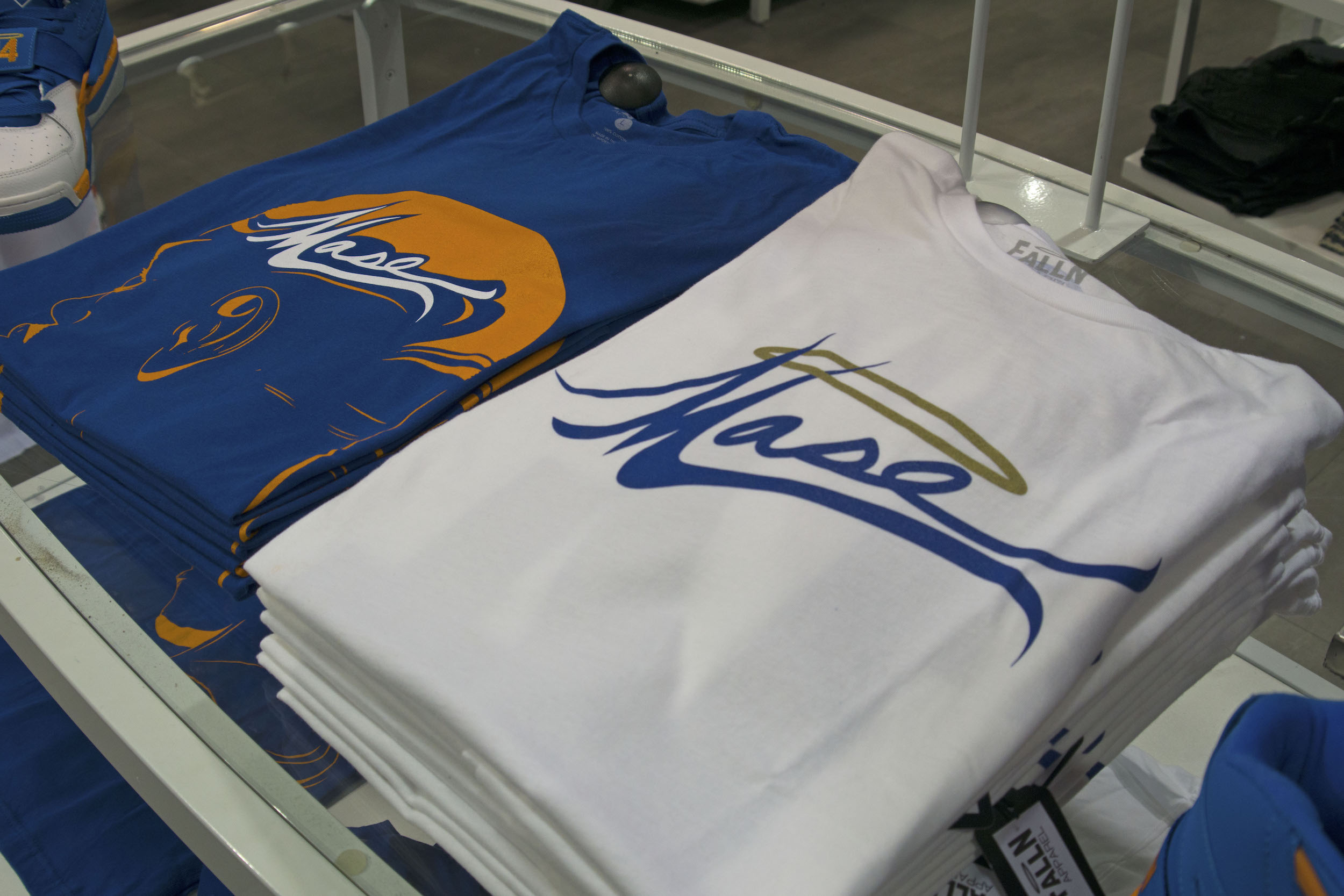 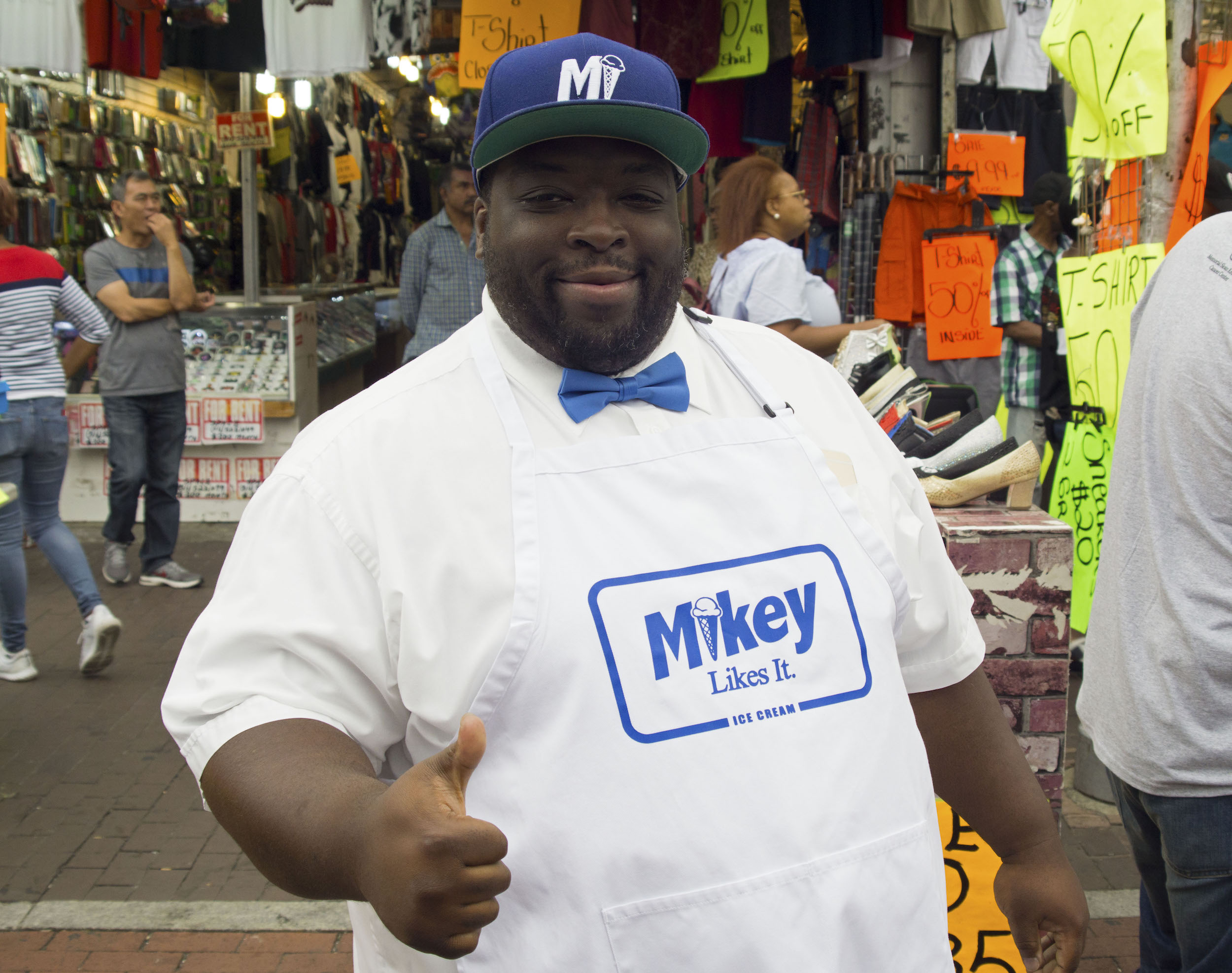 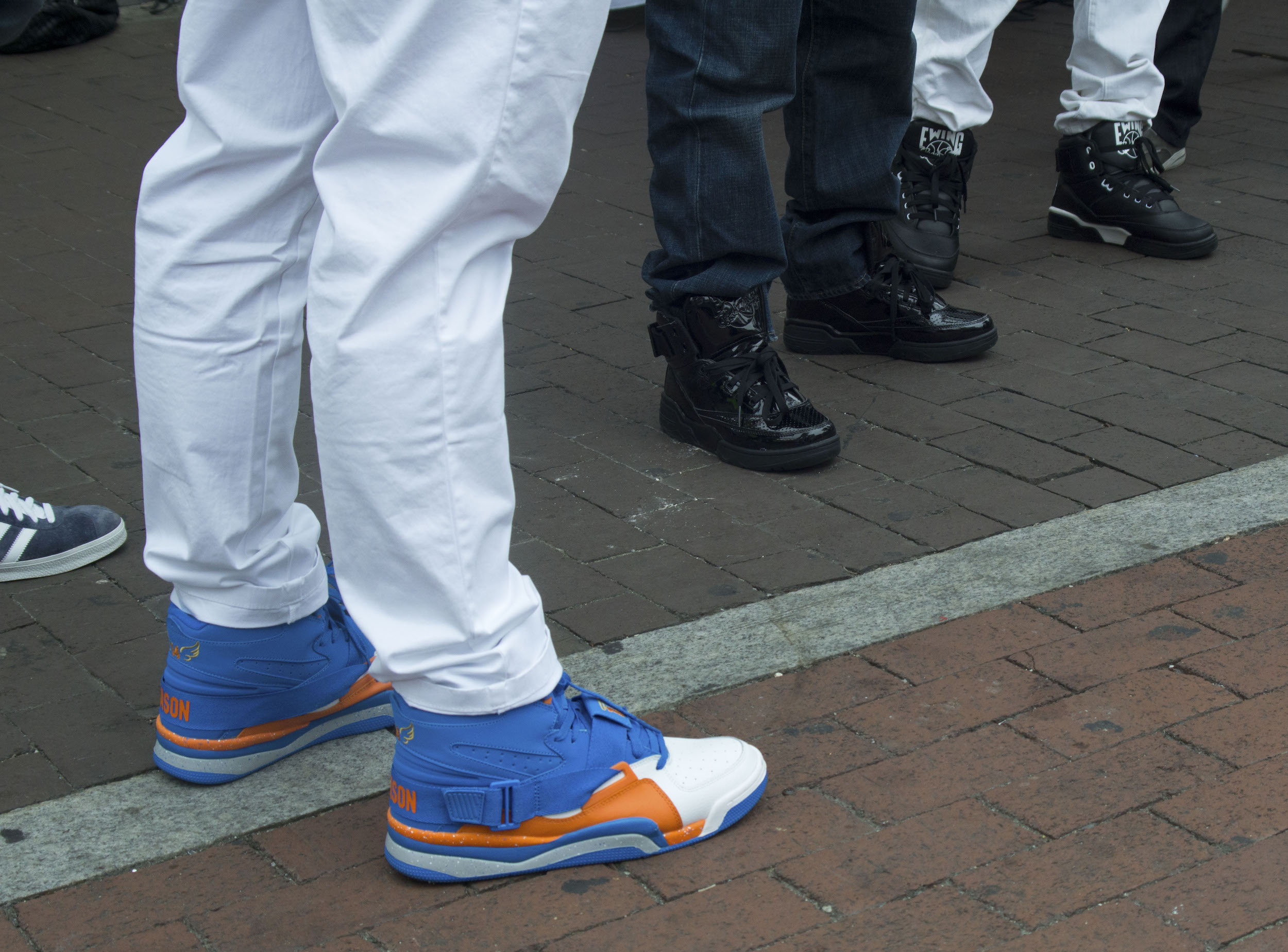 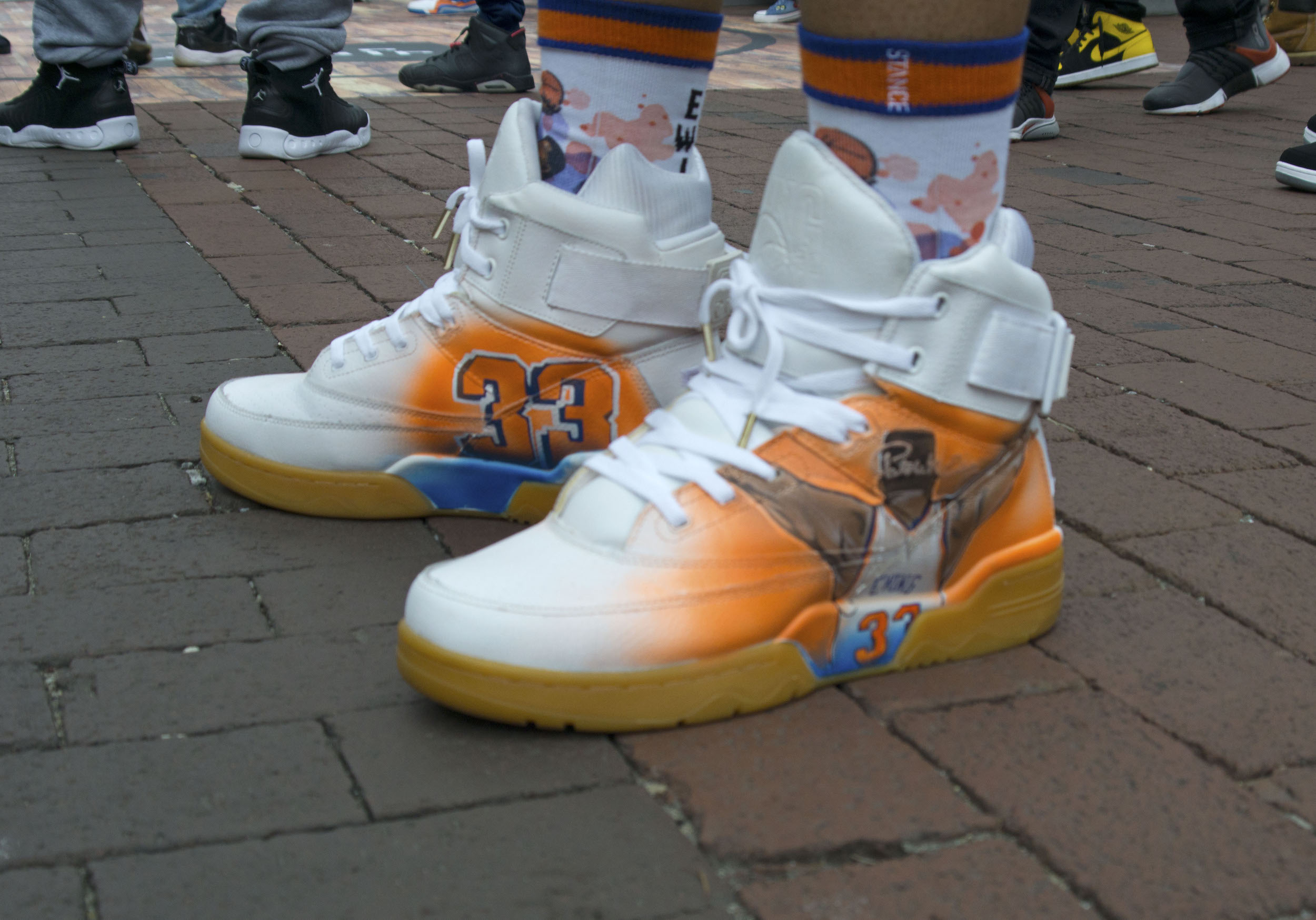 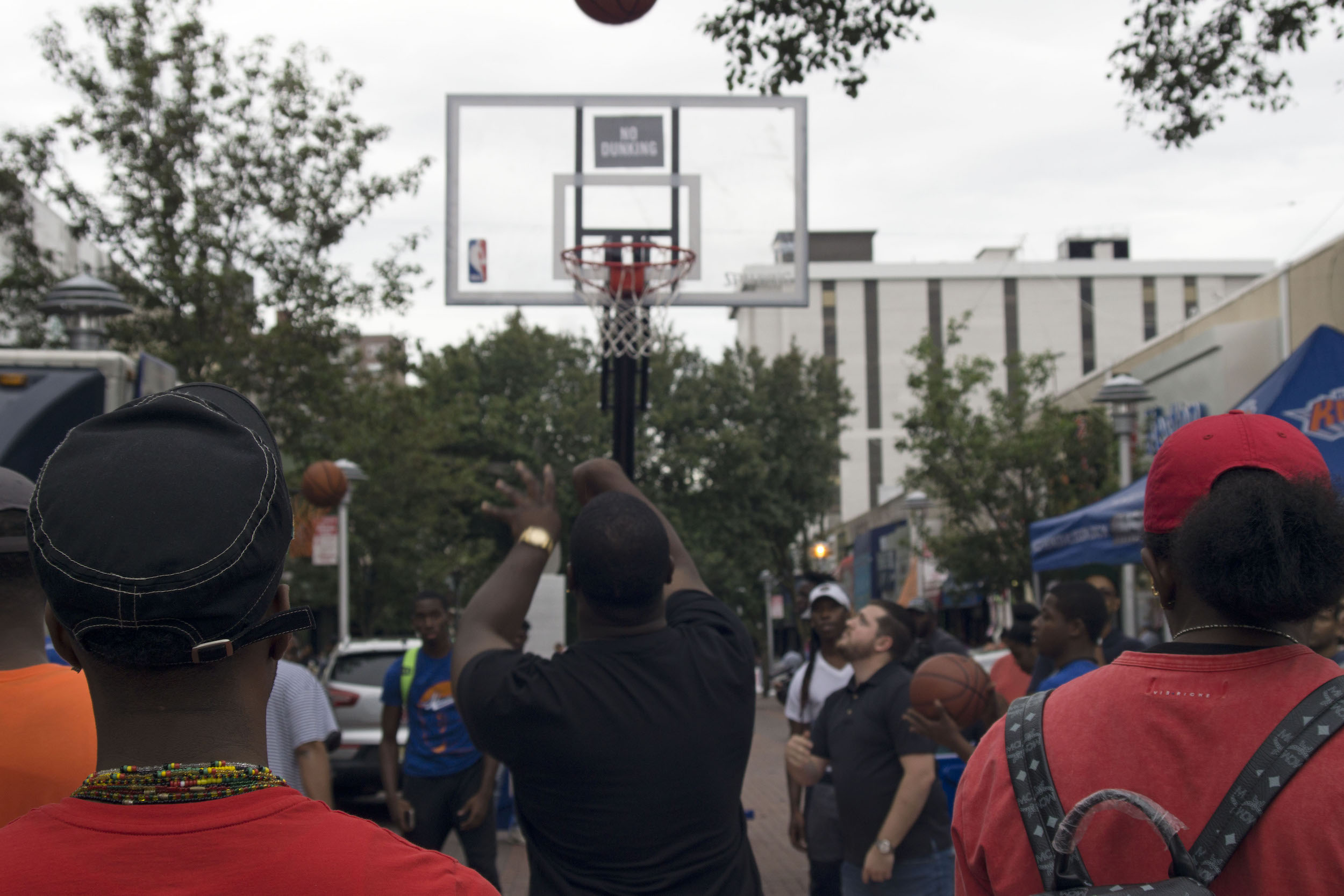 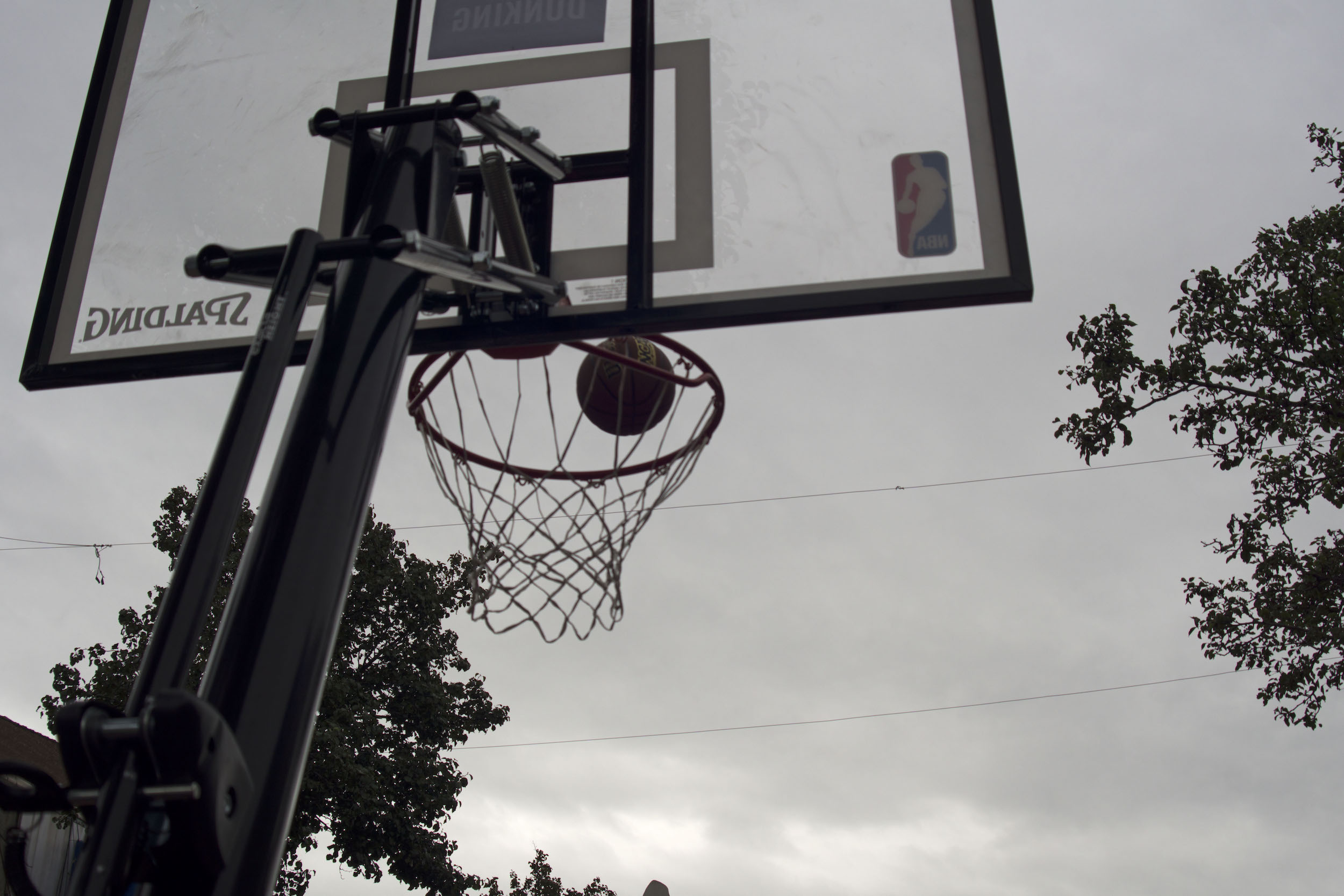 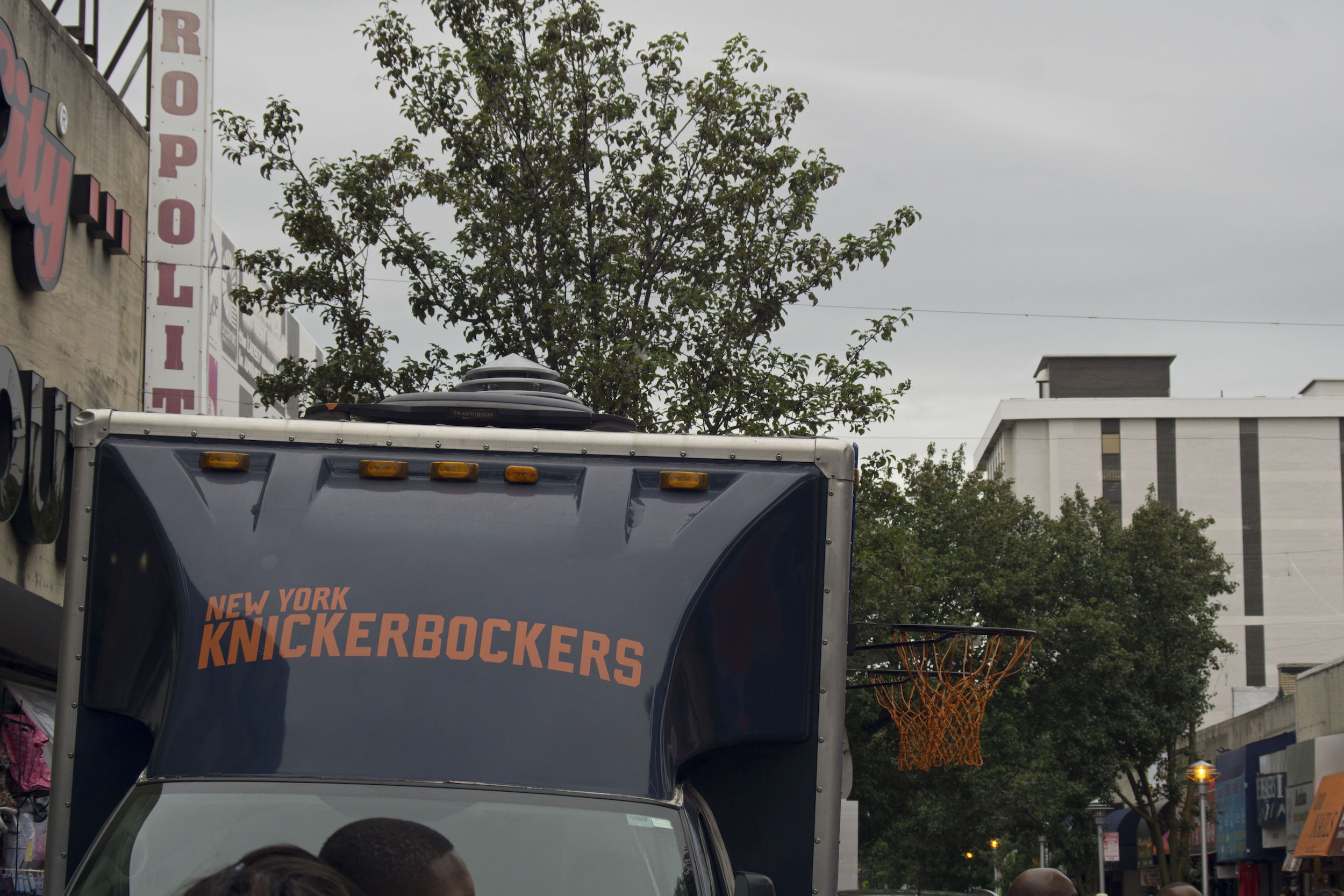 Photography by Noah Goldowitz for WearTesters.com. All rights reserved.