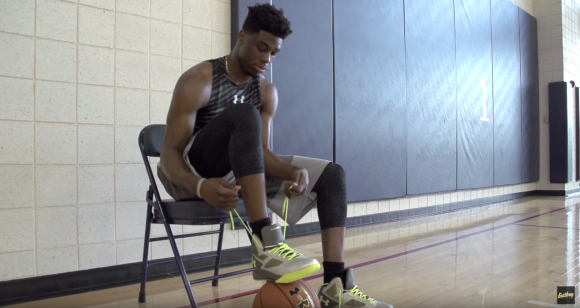 “Thats just how the critics gonna be”.

Under Amour athelte Emmanuel Mudiay was passed up by six NBA franchises during the 2015 draft, until he eventually ended up as the seventh pick of the Denver Nuggets. In this Eastbay spot, Mudiay talks about the adversity he has faced so far in his career, and what keeps him going. On a side note, I personally was campaigning for Mudiay to end up with the Lakers, just remember that if and when he becomes a superstar.

You can pick up the Under Amour gear worn by Emmanuel Mudiay over Eastbay.