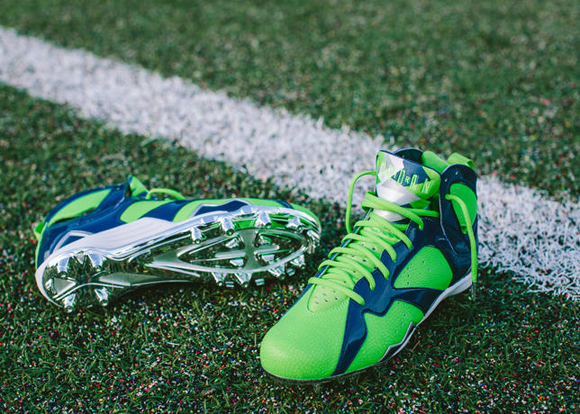 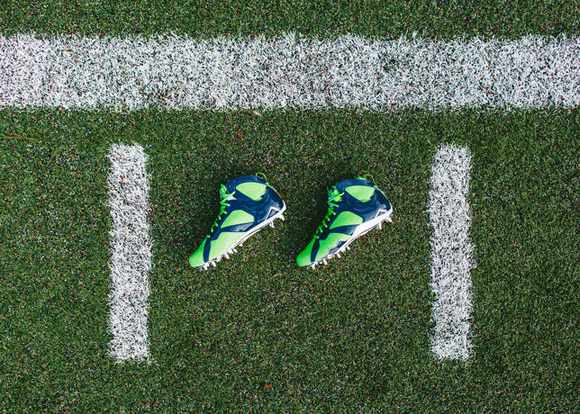 Jordan Brand is hooking up Earl Thomas with some more cleats, and this one ties into MJ’s own past with Championship runs. 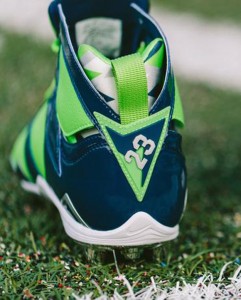 Press Release: Debuting back in 1992 when Michael Jordan won his second championship, the Air Jordan VII makes its way back to one of professional sport’s biggest stages this weekend.

A true hallmark of sports greatness is winning multiple championships. In parallel with Jordan’s championship path while wearing the iconic silhouette, Earl Thomas — one of the best defensive players in the league — will play in a player exclusive Air Jordan VII cleat as he aims for one of the most coveted experiences in sport: the repeat win.

Featuring an action green and navy upper, the Air Jordan VII cleat is certain to shine under the bright lights. A chrome plate nods to the ultimate prize, the championship trophy, and an updated Air Jordan VII graphic on the tongue and heel pays homage to the brand’s award-winning history. 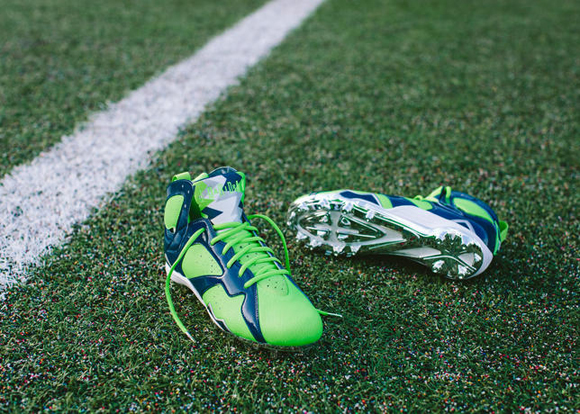 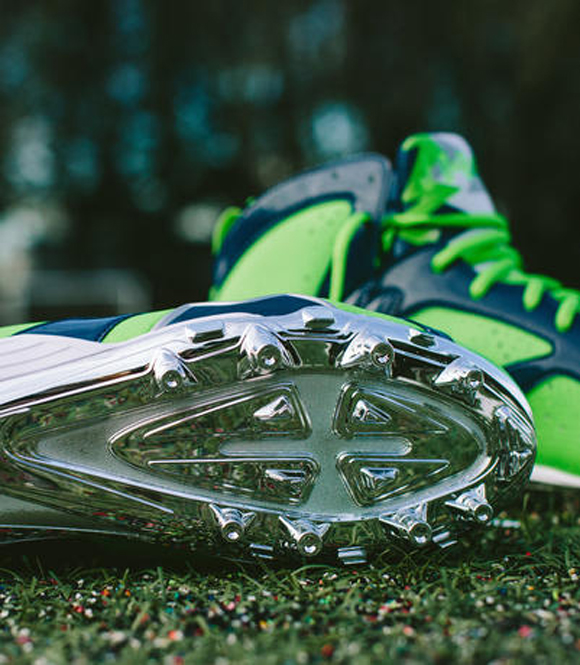 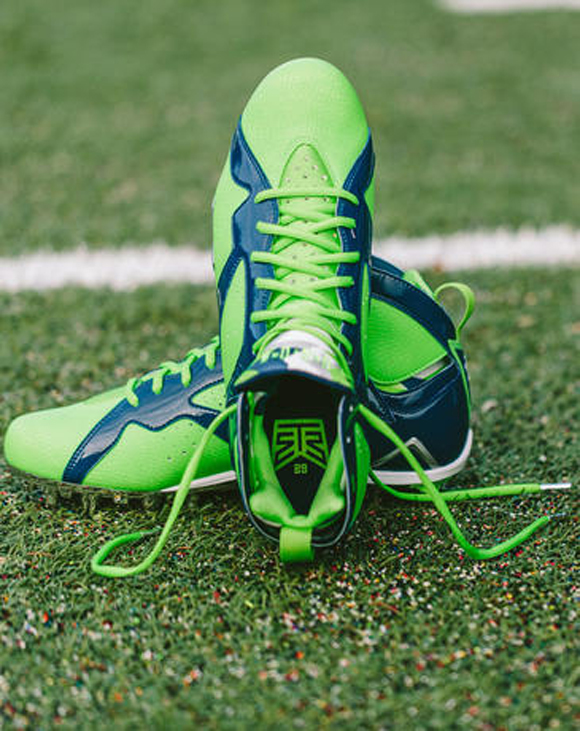 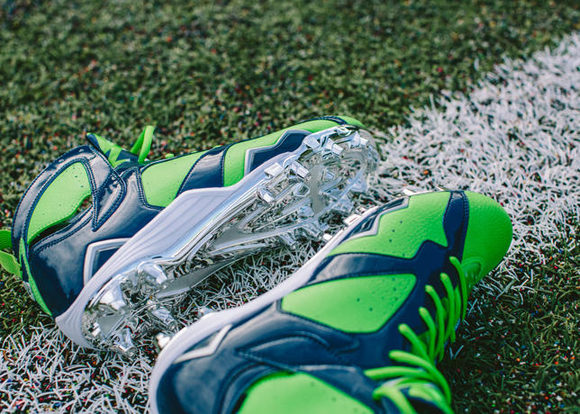