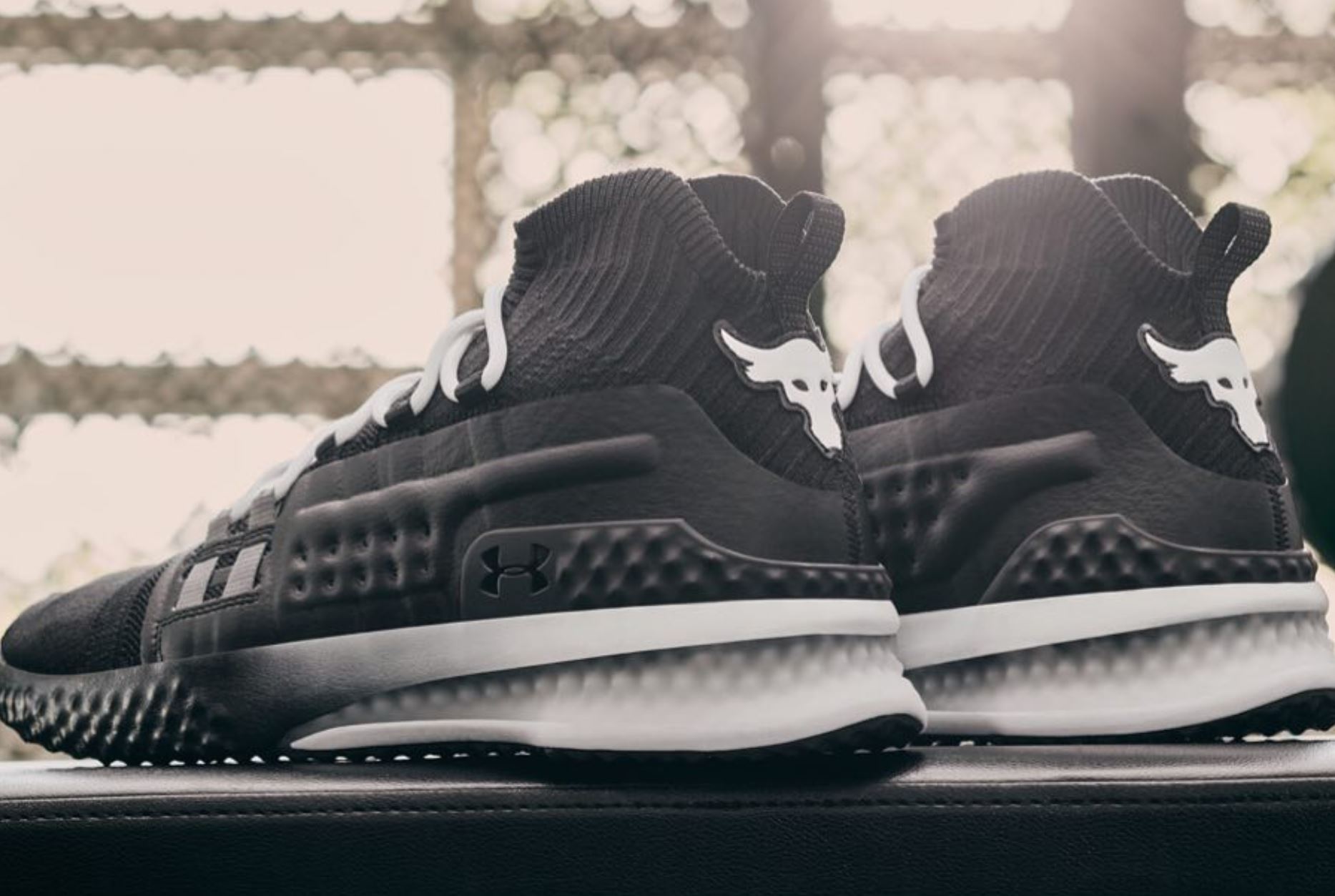 Dwayne Johnson joined the Under Armour roster a few years back and has been as big a factor as superstars Stephen Curry, Misty Copeland, and Tom Brady for the Baltimore brand. His first signature shoe, the Project Rock 1, will release in new colorways this week.

The debut colorway, which sold out in mere minutes in May — another instant sell-out for The Rock-branded Under Armour footwear — was inspired by the brave men and women that serve and protect the United States. Dwayne Johnson has also supported U.S. troops with a gym donation to Joint Base Pearl Harbor that was made possible by his Project Rock USDNA collection.

The next Project Rock 1 will launch in two black/white colorways that flaunt the Rock’s Brahman Bull branding on the heel. The trainer features a fully knit upper that delivers a breathable compression-like fit. Synthetic overlays help with lateral support and durability, while the bootie construction makes this sneaker perfect for 2018. Those that plan to lift heavy in this sneaker will benefit from its wide, flat base, TPU external heel counter, and full-length Micro G midsole. 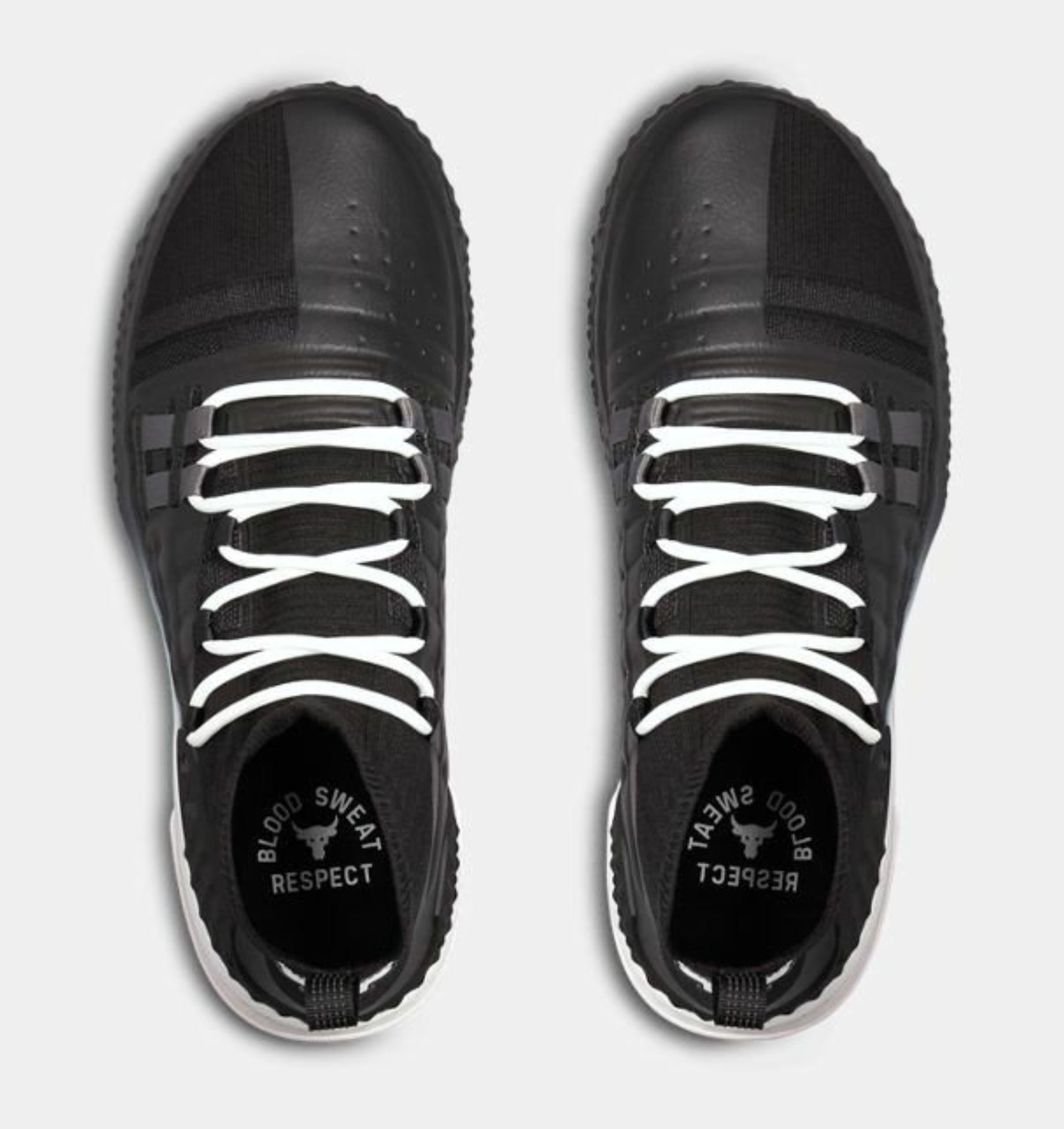 “Project Rock is not a brand, it’s a movement. It’s a core belief, that I 100% don’t care what color you are, how old you are, where you come from or what you do for a living,” said Johnson in a statement. “The only thing I care about is you and me, building the belief that regardless of whatever the odds, we can overcome and achieve — but it all starts with the work we’re willing to put in with our two hands.”

Expect the next Dwayne Johnson’s next UA Project Rock 1 to release on September 20 for $120 at UnderArmour.com and Eastbay.com. 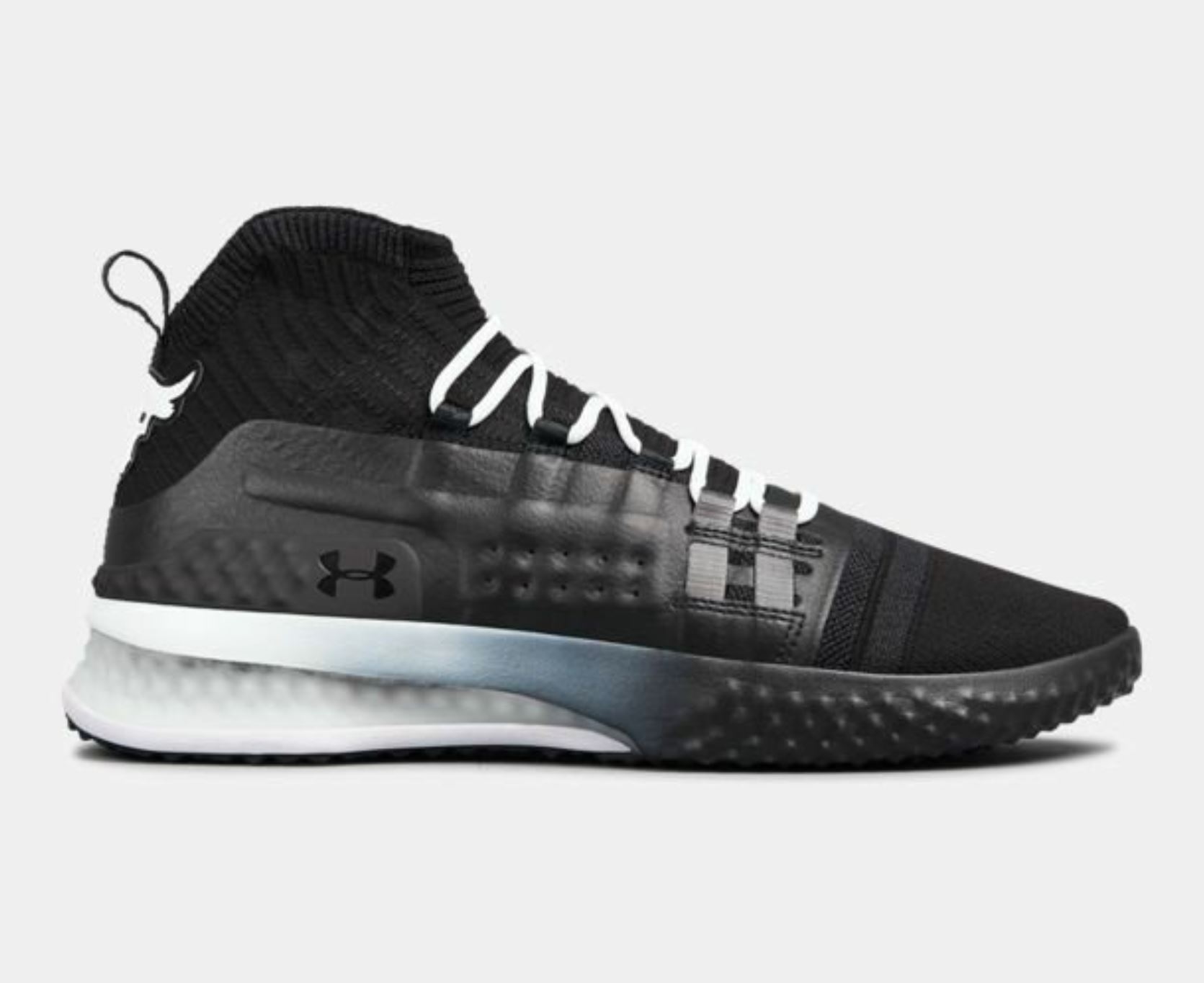 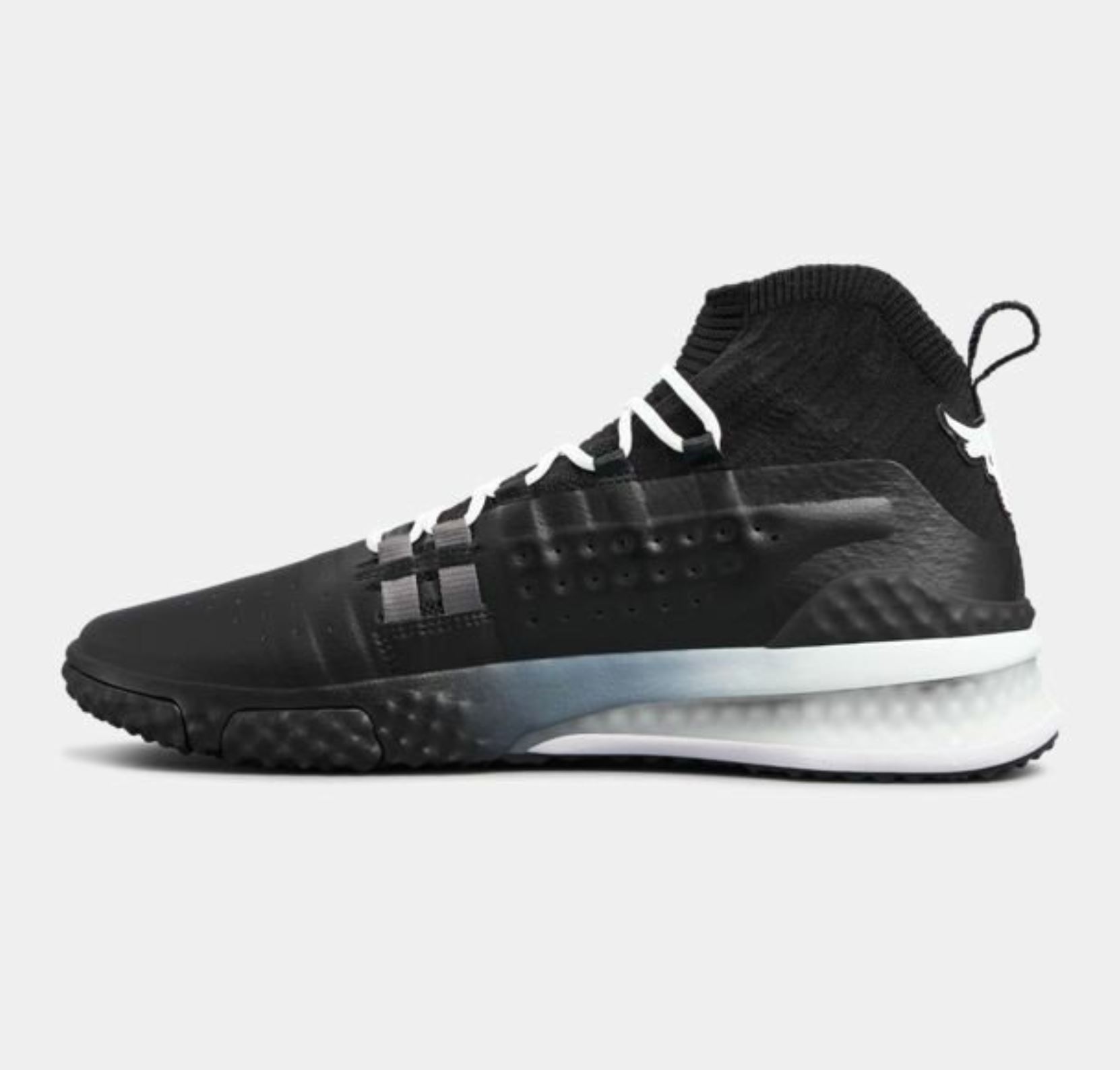 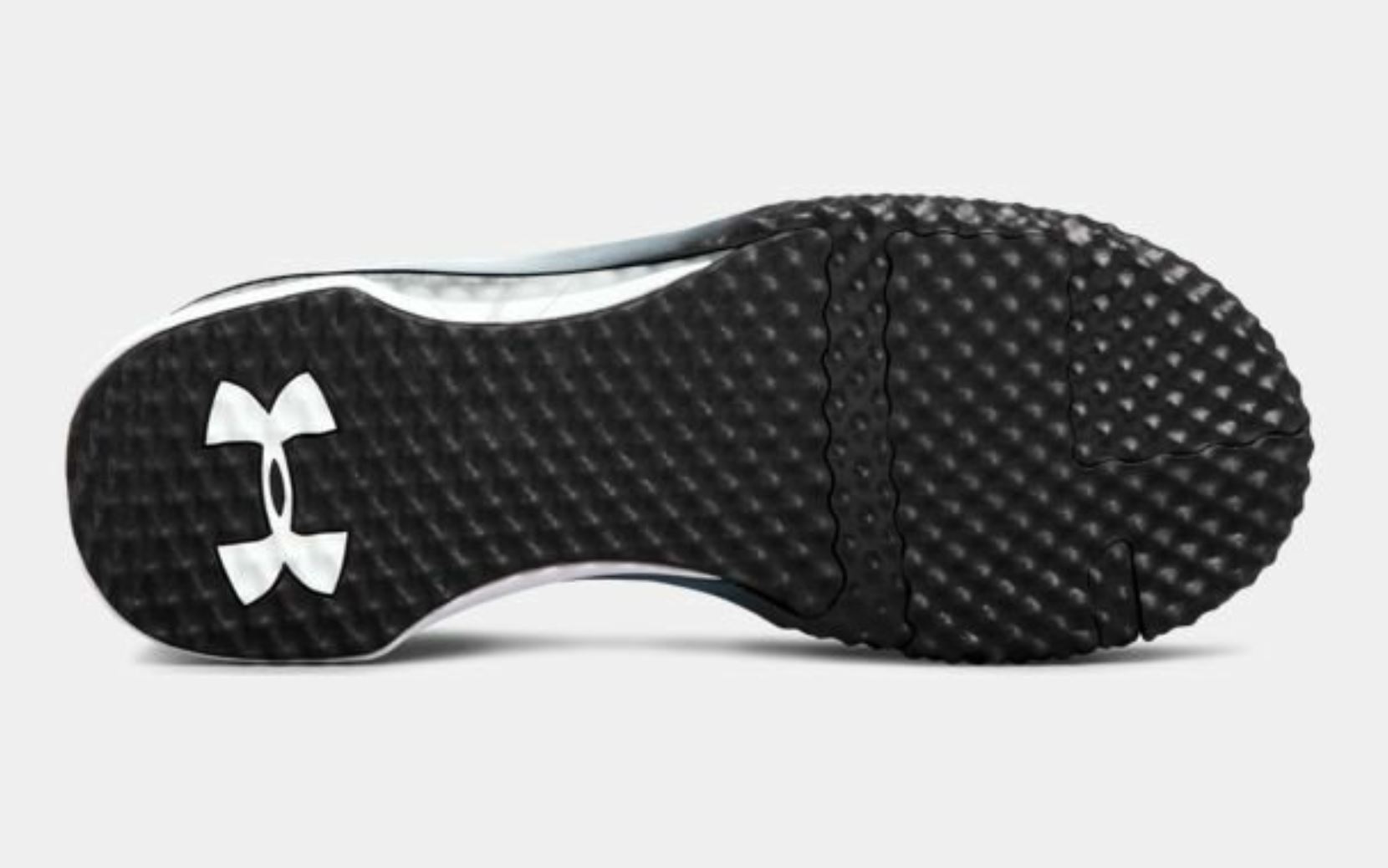 Images via FlashSole / Under Armour