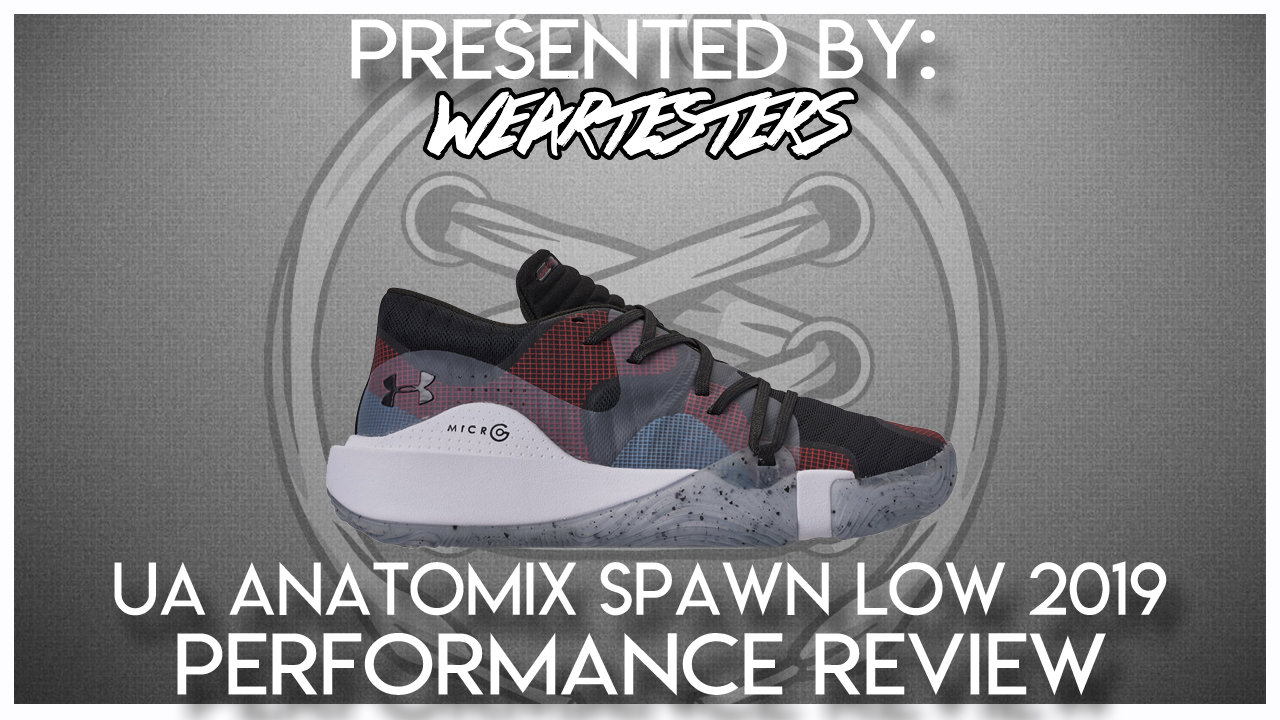 If you read my M-Tag performance review, it wasn’t pretty, which was shocking. Under Armour has been fairly consistent in performance over the last few years and the anomaly that was the M-Tag threw me off track. Now, with the new Spawn, Under Armour goes back to what works for them. Here we go…

Dang sticky. Even walking on the concrete driveway to and from my car, the soles were squeaking, one of the few times I have heard that from a shoe. On all three courts I play on, the Spawn locked it down with no slipping at all except for Friday afternoons at my main gym – we call that dust-bunny day (they only sweep on Monday mornings). I wouldn’t put these in the Jordan 28/Curry 2/Rose 7 category, but they are right below. The grooves are wide so dust doesn’t really stick to them once broken in, but wiping the first couple of games did help. After that, the dust was pushed out and off and on at least a decent court, all was right in the traction world.

Outdoors? Nope. This is some of the softest outsole rubber I have ever felt and they will probably wear down in about six points. Not really that quick, but they aren’t lasting, especially if you play on a rough concrete that isn’t painted. I could seriously see these wearing down in about two weeks of constant outdoor play, so keep it clean and indoors, please.

We all saw the “MICRO G” logo in the early pics and we all got cushion-excited. The original Micro G was bouncy, stable, dense and had just the right amount of court feel versus impact protection. By now, if you have read or watched WearTesters long enough, you are SICK of hearing about old-school Micro G. Good, because this ain’t it. Don’t jump to conclusions – it’s good. Impact protection is outstanding and court feel is really nice and quick. Transition in full-court running or stopping and cutting is smooth and thoughtless. It’s the bounce – there isn’t really any. That original “crush and spring back” feel, much like Boost, just isn’t there on the Spawn.

But let’s be honest – as good as we all think that “sink and respond” feels under foot, and it feels good, it does tend to be a little sluggish on certain movements – that’s why some find Bounce to be better, but enough adidas comparisons. This Micro G lets you slide into your next move with no delay while keeping you close to the floor and your joints feeling happy.

Described on the Under Armour website as “Interwoven layers of TPU films & PU coated mesh for multi-layer support in an anatomical design,” the Spawn appears to have more in common with the fuse/mesh era from a few years ago than the knit sock-shoe of today – and you would be right. While the plasticky feel of the old fuse is gone, the new Spawn has TPU across high-stress areas (lateral forefoot, laces, heel counter, toe drag) that add a structure to the mesh and stability to the ride.

The toebox is left mostly uncovered and the ankle area is as well for some flexibility in those normal hot-spots, making break-in time almost nothing (the midfoot does need some flex time to fit a little better). The tongue also has some horizontal quilting running over the foot, giving the toebox natural flex and motion. The tongue is a denser foam under the laces to take away the pressure, and it is needed – the thin, flat laces cut tight on top of your foot. Overall, not the most premium feel in-hand but on-foot, the package is nice while playing.

The one area I had a little issue with is the fit. It’s not bad, just confusing. The toebox is wide – semi-wide footers rejoice!!! – but the heel feels narrow. This isn’t completely crazy as most feet are built like that, and the Anatomix in the name of the shoe means they are trying to “anatomically” fit your feet. The issue I had was with the midfoot. For my foot, it flared out and was too wide, but the lacing system and the TPU overlays kept the shoe from forming around my foot. After about three weeks (nine wears of at least four full-court games each night) the shoe began to lock in and lace up, but until then I could feel my foot floating just a bit.

The forefoot, again, is semi-wide, but beware – that TPU overlay on the pinky toe can be a killer. Actually, it bothered me more when laced looser than when laced super-tight, and it only bothered me on my left foot. For that reason, I am not counting off points – the Jordan 33 did the same thing, so I’m pretty sure after 30+ years of ball my foot is deformed. The bad part is, it doesn’t rub all the time. I will be playing all-day and it won’t bother me, then on the next cut I will feel a sharp pain and realize it stung me, then I’m hurting for a while. Again, only on my left foot, so I cannot say it is the shoe, but it’s something to take note of.

Midfoot shank. Wide base. Wide lacing. Lateral wing tied into the lacing system. NO OUTRIGGER, but no problem. All things we have seen or heard, and we all know how these structures affect your foot in a normal setting, but without a good fit, these are just words and stories. For the first few wears, until the upper flexed and learned my foot, the stability and support was a little less than ideal. Once the fit dialed in, support and stability followed suit. See a trend? It doesn’t matter how many straps, shanks, or outriggers a shoe has (unless it is an Ektio, RIP), if the fit is off, your foot isn’t safe. The Spawn Anatomix improved by leaps and bounds from first day to the last and in that sense, my foot felt wrapped, locked, and secure. The fit improving and no obtrusive support structures lets the Spawn feel fast and free while still solid under foot.

This ain’t your regular Anatomix Spawn, if you are old enough to remember the original. The upper isn’t as flexible and the sole isn’t as segmented, but it is really close, and may be the best Under Armour basketball shoe this season (I say the HOVR Havoc is still slightly above, with the Curry 6 coming in third). If you are looking for a low, fast, cushioned ride that will draw some attention for the looks and colors, the Anatomix Spawn is it. Any position can feel safe in these, and the traction works on just about any indoor floor, so no fear. Just DON’T TAKE THEM OUTSIDE!!!!

With all of the attention put on Steph Curry and his shoe every year, and rightfully so, it’s amazing how slept on the team shoes from Under Armour are when they perform as good or better than anything else on the market. The Anatomix Spawn was in hibernation for the last few years, but like the beast from the past, it has come back with a vengeance. 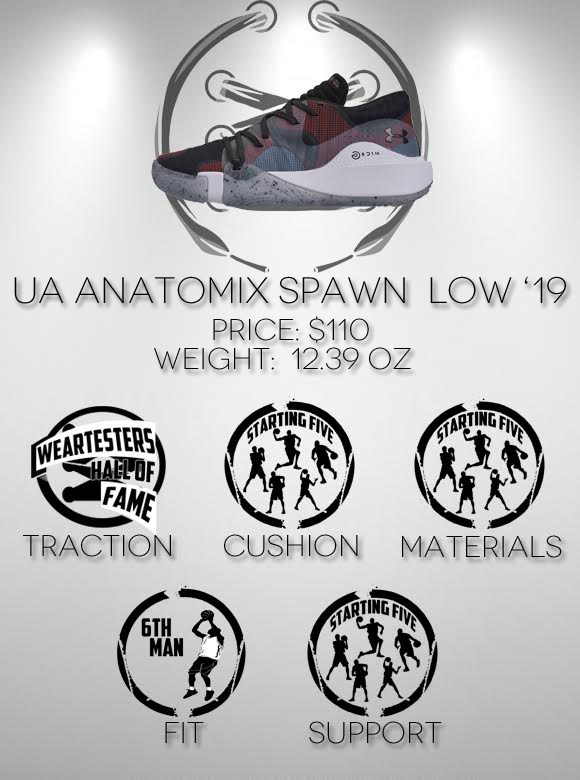