Jordan Brand never fails to push performance boundaries with the signature shoe. Does the 34 live up to the name? Only one way to find out…

You don’t get the title of GOAT by being weak, meek, and small-minded. You have to be daring, strong, and willing to take chances. Over the course of 34 years we have seen no swoosh branding, visible Air, patent leather, carbon fiber plates, IPS, interchangeable insoles and cushioning systems, a zipper shroud, and FastFit. The Jordan 34 takes it back to basics like we have never seen before, and… It. Works. Here we go…

Utilizing an almost full-length herringbone pattern (the midfoot is smooth but it doesn’t really matter), the Jordan 34 proves it means business from the jump(man). Herringbone has been the go-to pattern when a company needs to get back to what works, and the Jordan 34 works. On four different courts, dirty and clean, the 34 was sticky stuck. The way the pattern is slightly rotated, which shouldn’t mean much in the bigger performance picture, makes the shoe feel even smoother when moving on offense and even better laterally on defense. The pattern is wide as well, meaning dust doesn’t really build up and clog the grooves, which is a fantastic fact for the floors we play on (I’ve seen some of y’alls gyms on Discord – they are bad).

As for outdoors, well, like most modern shoes, I wouldn’t. The pattern is thin and the rubber is soft. I couldn’t see these lasting longer than a couple months on rough concrete surfaces and for $180 I wouldn’t want to wear them through that condition anyway.

The whole forefoot is a huge Zoom unit, under the plate that is now called Eclipse. The plate compresses the Zoom and springs back into shape, providing a crazy, impact-protected, responsive ride. This is seriously the best Unlocked Zoom since the XX8 and feels great in every direction. however, where the XX8 was a crazy, almost uncontrolled Zoom, the 34 is solid and stable. Where I really noticed this was on pull-ups or coming off of curls. It didn’t matter what angle or speed I was jumping from, the shoe always seemed to stabilize on lift-off and landings, giving me a platform to go from and making shooting easier (it all starts with the legs). The midsole foam is softer than the 33 in every way so the Zoom is felt quicker and easier. The heel also has Zoom, and even though it is only a heel hex unit, it can still be felt under foot and absorbs every impact well.

Taking a page from the adidas basketball book, Jordan Brand has decided to use different materials on the upper, depending on the colorway. The blue void went with a ripstop-like material and the Chicago white/black/red went with a more traditional mesh makeup. The Eclipse (black/white, released 11/9) colorway I reviewed is extremely similar to the Chicago color. The materials are nice but nothing special, utilizing a single-layer mesh across most of the upper with some nubuck/synthetic hints around the lace cables and forefoot. The heel hits with a leather panel and JumpJumpJumpJumpman logo embossed (no Nike Air on this colorway). The materials work, and that is the most important part, so no real complaints even though it sounds like I’m a grumpy old man (I am).

For the first time in a long time, I had to go up a half size in a Jordan model. The toebox is short and boxy and just a little too close for my comfort (for reference, I wear a 10.5 in every Lebron and most Kobe’s as well as the Jordan 32 and 33). By going up half the fit was near perfect from heel to toe. The lacing system pulls the shoe around every spot and works with the semi-separate heel to allow for upper flexibility so there are no funny bends and bubbles. There are no real flex grooves anywhere in the upper so the materials need to be thin and flexible (that’s the WHY of the materials) and once the shoe gets a couple of wears in the upper feels like an extension of your foot.

As for heel slip or movement internally – nope. Again, the thin upper flexes and folds with your foot, the lacing pulls it all together, and the higher cut and ankle padding keeps your heel locked.

One thing Jordan signature shoes have always been is supportive. If you know anything about Mike’s feet you know he had bad ones (the reason he went to a carbon fiber plate in the 11 and up) and the Jordan 34 would make him proud, or at least less pained. The support starts at the lockdown and again, the laces lock you into the upper with no movement, pulling you down and not squeezing you in. The materials are next – the mesh doesn’t have much, if any, stretch, meaning once you are in you are IN.

Moving to the midsole, where we have had Flightplate and Speedplate, in the 34 we get Eclipse Plate (almost sounds like a superhero evolution). The Eclipse Plate works similar to the other two systems as far as compressing the Zoom and providing response while still providing a stable base for takeoffs and landings. The base of the shoe is not extremely wide but still does ride wider than the foot inside it. Speaking of your foot, it sits inside the edges of the midsole, meaning there is no side-to-side sliding off of the footbed.

Full disclosure – I broke my Eclipse Plate while testing. I noticed a popping sound in my left shoe and thought it was the Jordan logo on the sole coming off or getting air behind it. Nope. There is a seam running heel to toe in the middle of the plate and mine has separated. Never fear – Nike/Jordan is taking care of the replacement just like they always do – one of the best return policies ever.

Once again, Jordan proves it is a shoe made for the Greatest Player to Ever Play. Combining fantastic cushioning, great traction, and a streamlined look that takes away the overlays and cables from the 33, the Jordan 34 is built for performance at any position and style. While the retail is on the high side ($180), you can buy the 34 knowing you are getting a shoe that will out-perform most anything else on the court. If you are a player at any position that needs lightweight cushioning and support, you have to check these out. If you stay away from any Jordan that Mike didn’t wear, don’t be a fool – Mike could probably still drop 20 in these right now. 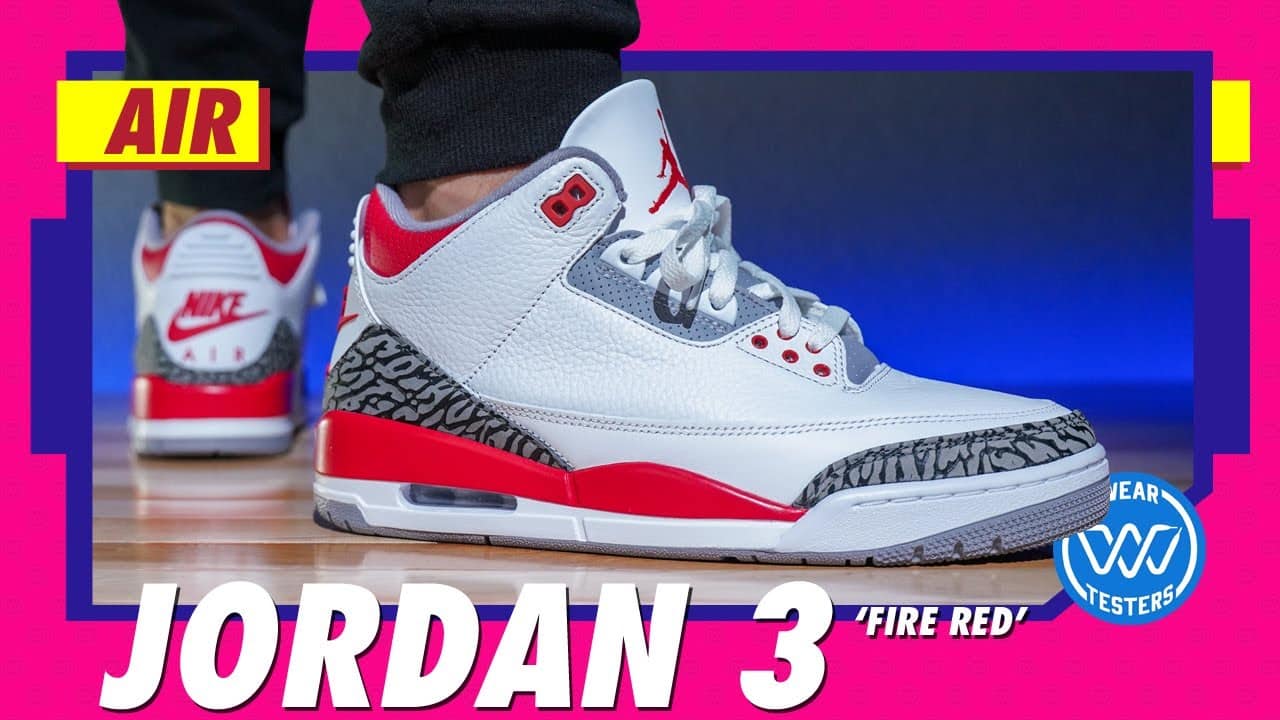