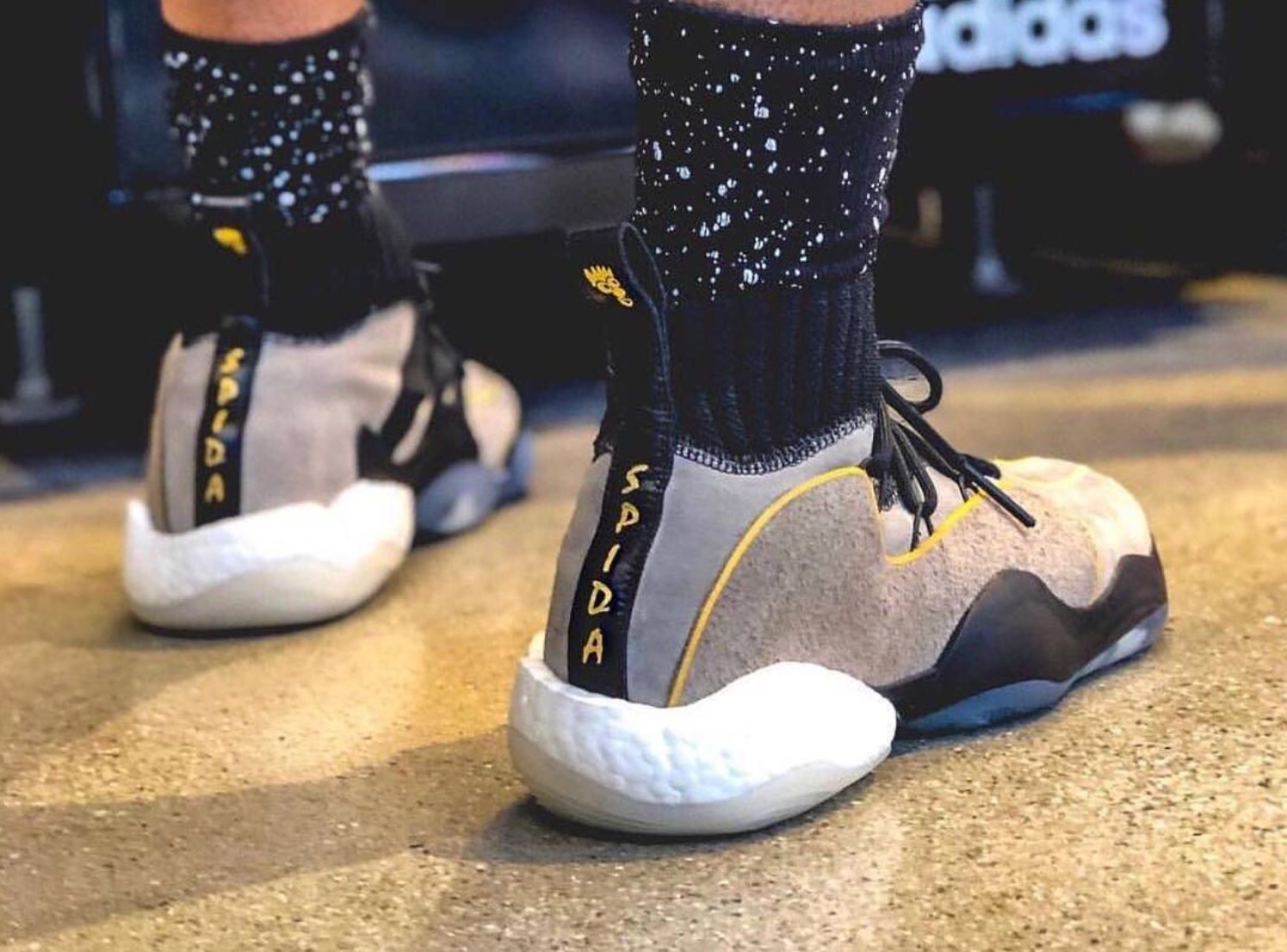 It looks like Donovan Mitchell — aka Spida — has his very own adidas BYW X PE.

Drafted 13th overall in 2017 by the Denver Nuggets and traded to the Utah Jazz on Draft Night, Donovan Mitchell has been wearing the Dame 4 and Crazy Explosive. During the 2017-18 NBA season he averaged 20.5 ppg, 3.7 rpg, 3.7 apg, and 1.5 spg. He already appeared on the cover of SLAM Magazine and he was the star of a documentary called Rookie on the Rise.

Now, it appears one of adidas’ bright young stars is getting a top-tier PE. Spotted online, the $200 adidas BYW X has received Mitchell’s “Spida” nickname at the heels in gold beneath the classic Feet You Wear branding. Additionally, his PE features premium hairy suede side panels and what appears to be soft nubuck.

There is no official word on whether Donovan Mitchell’s adidas BYW X ‘Spida’ PE will release to the public but we’ll update you if it does. For now, check out Nightwing2303’s adidas BYW X Performance Review to learn everything about the model.