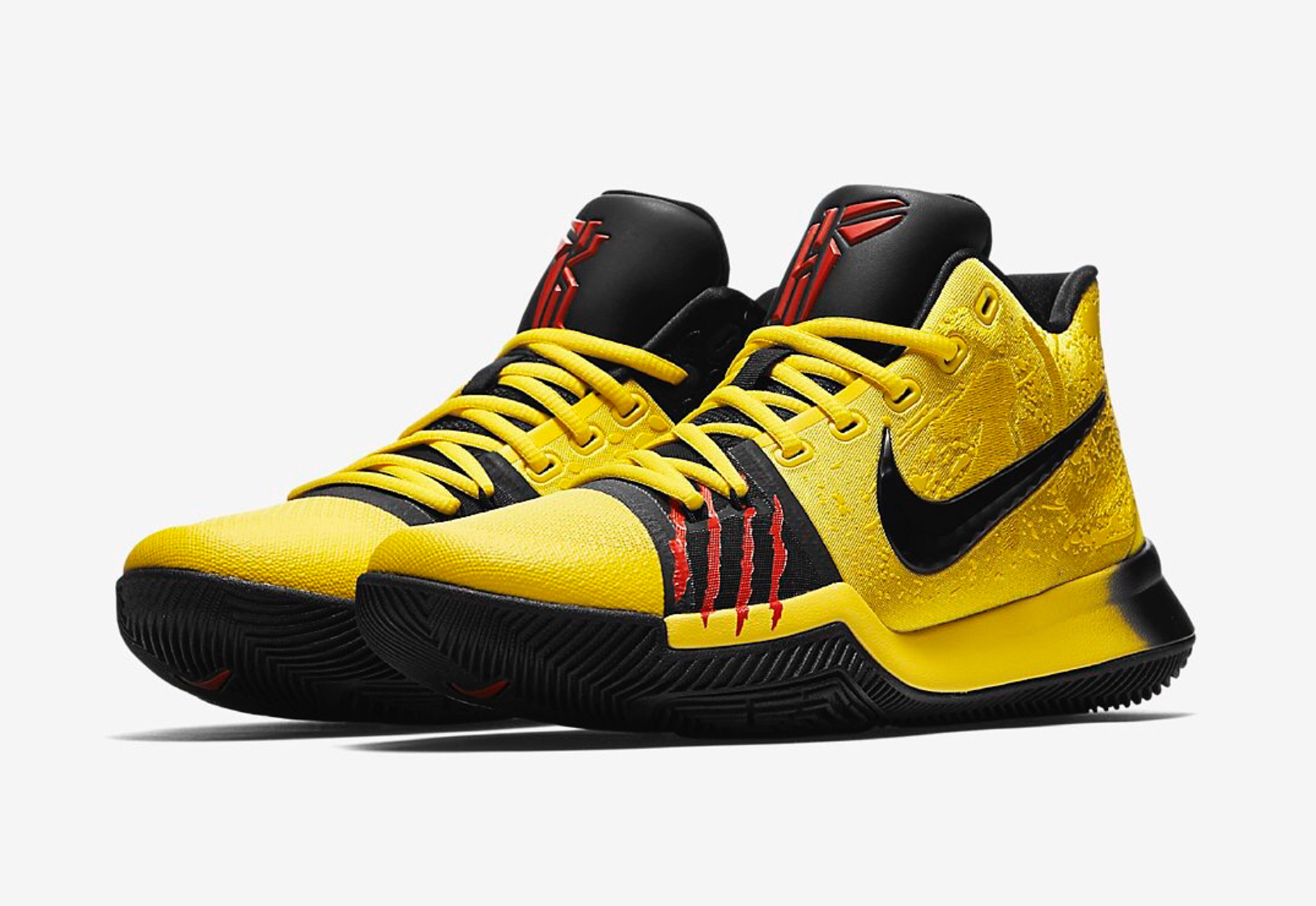 A joint collaboration between Kyrie Irving and one of his mentors, Kobe Bryant, is releasing in just a few short weeks.

Dressed in Tour Yellow and black, an homage to the jumpsuit Bruce Lee wore in the film Game of Death, in which Lee must fake his own death to find the people that are trying to kill him, this shoe features unique details like the half Kobe-half Kyrie logos on the tongues, blood splatter embroidery all over the upper, and  yellow-black midsole fade.

While no official pricing information has been announced, the Nike Kyrie 3 MM ‘Bruce Lee’ will hit retailers like Eastbay on September 15 in limited numbers.

You can read our full Kyrie 3 performance review for detailed information on how the shoe plays.

Will you trying picking up this Kyrie 3? Let us know in the comments. 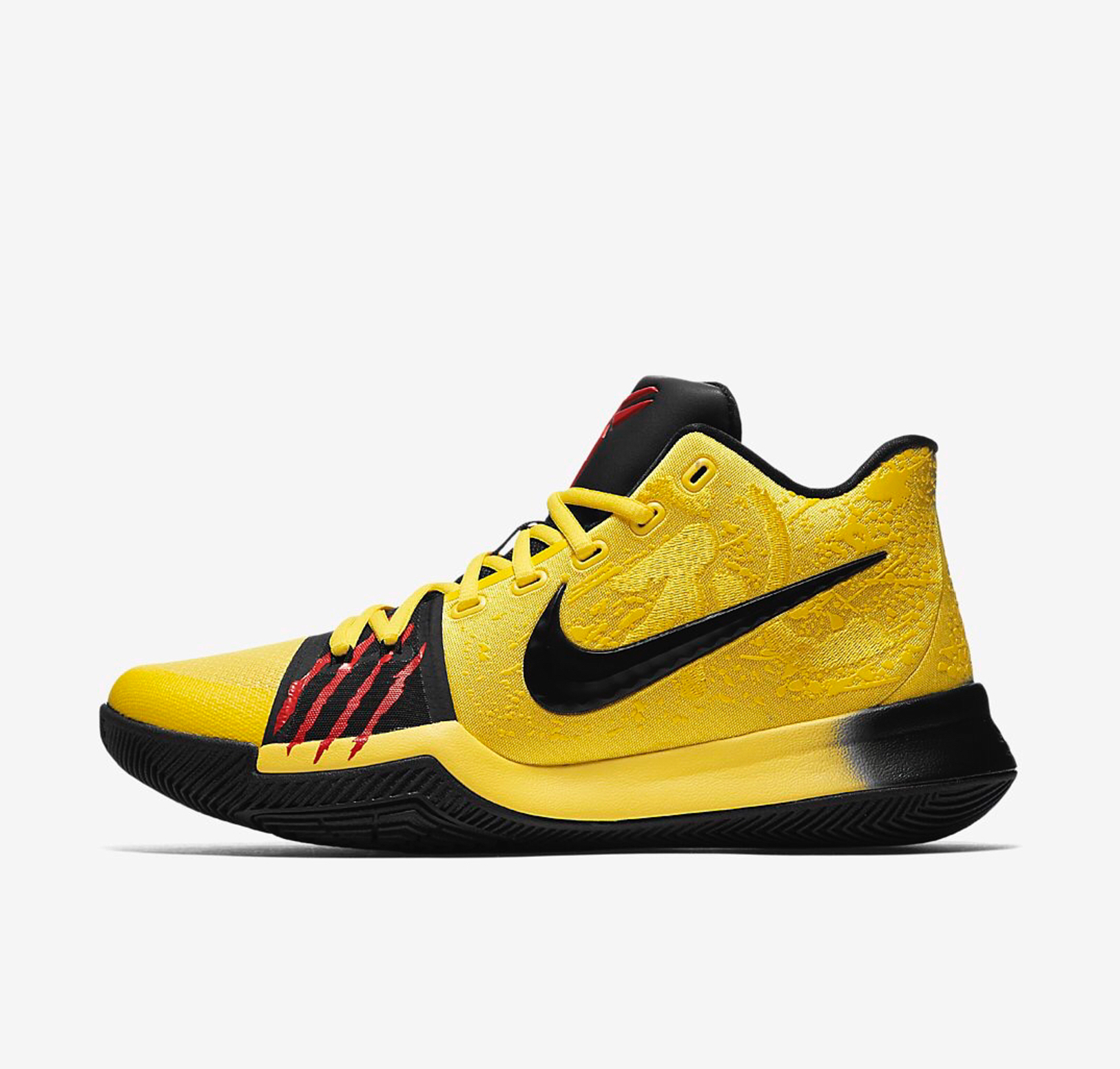 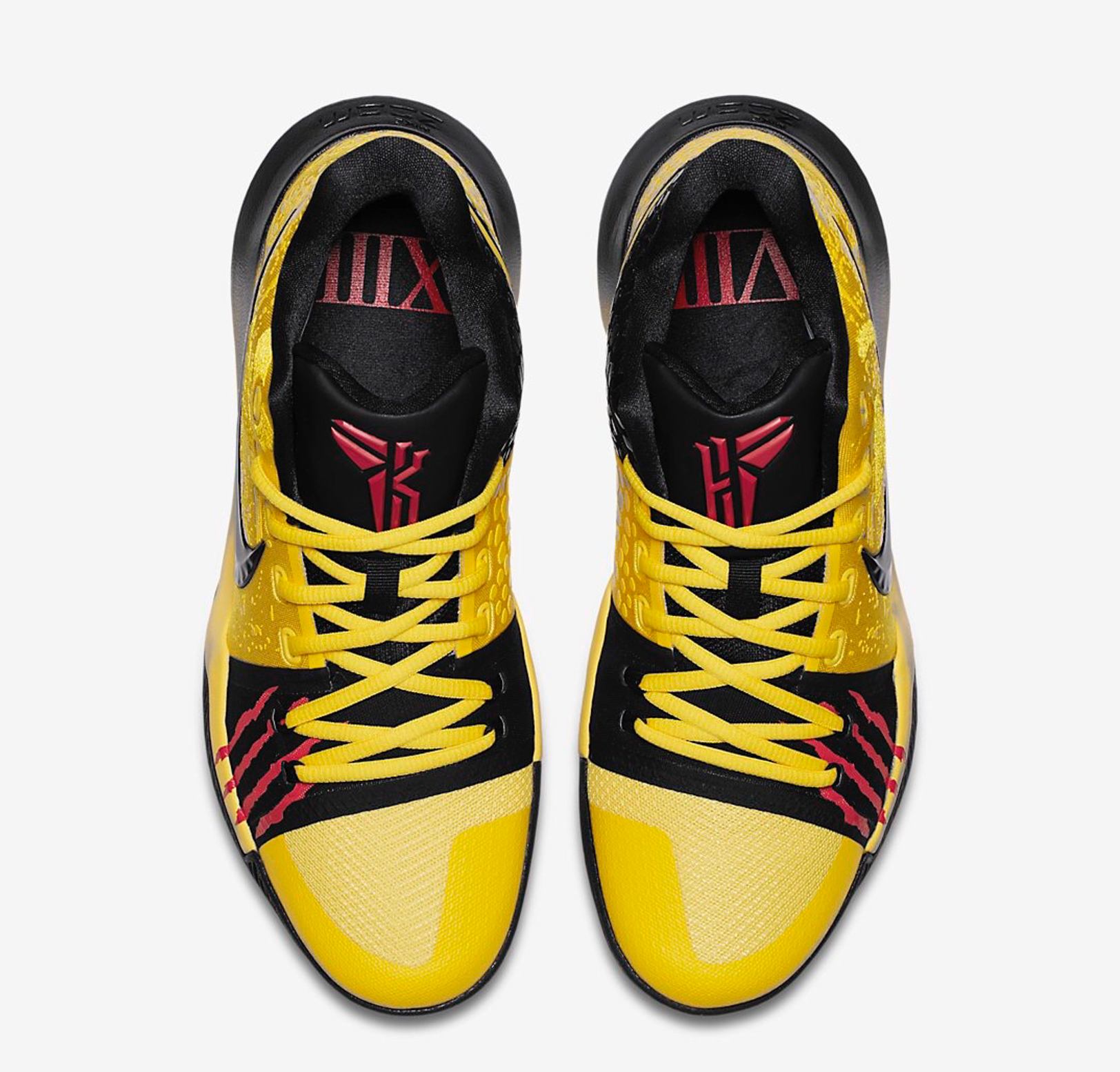 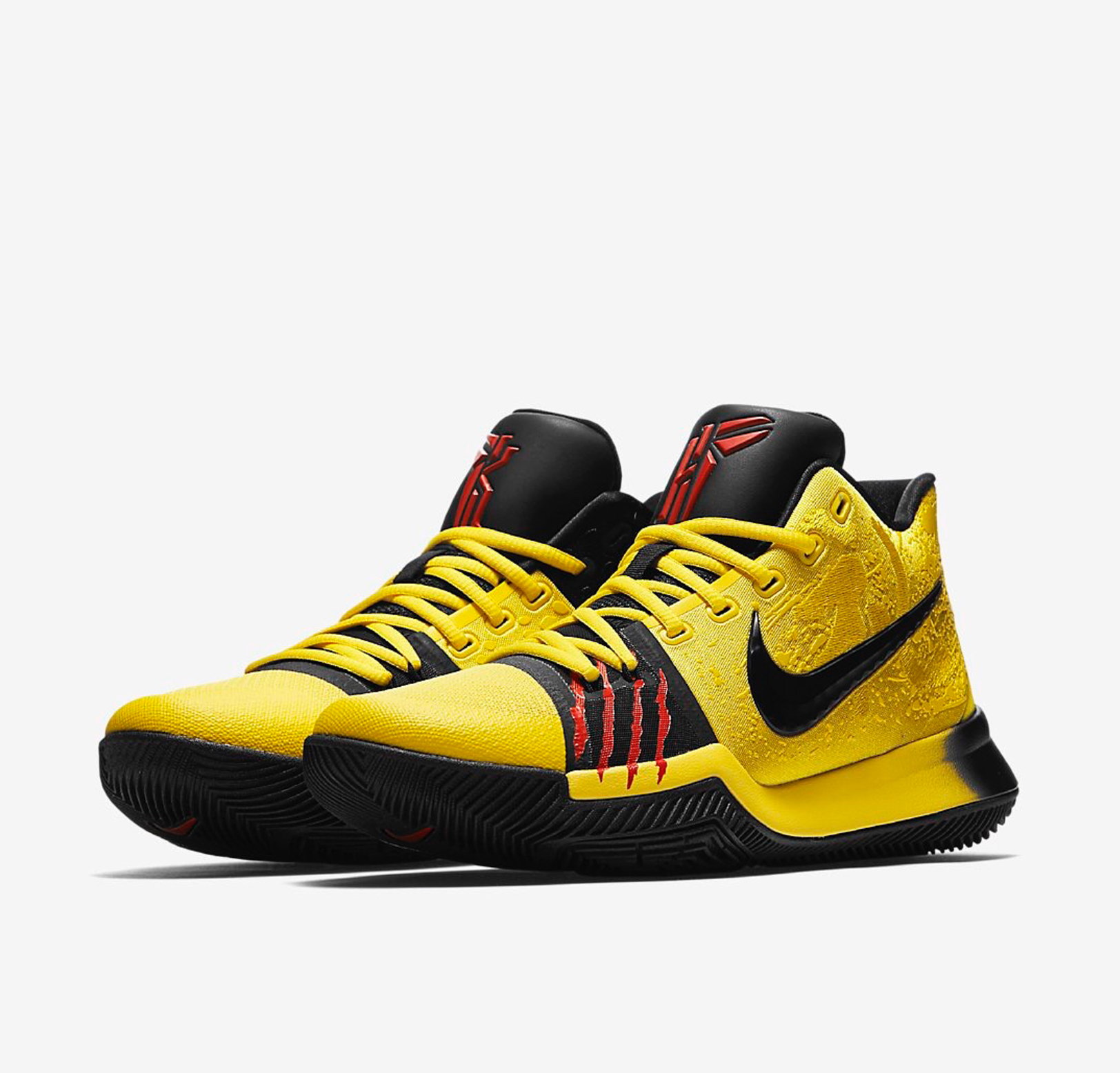 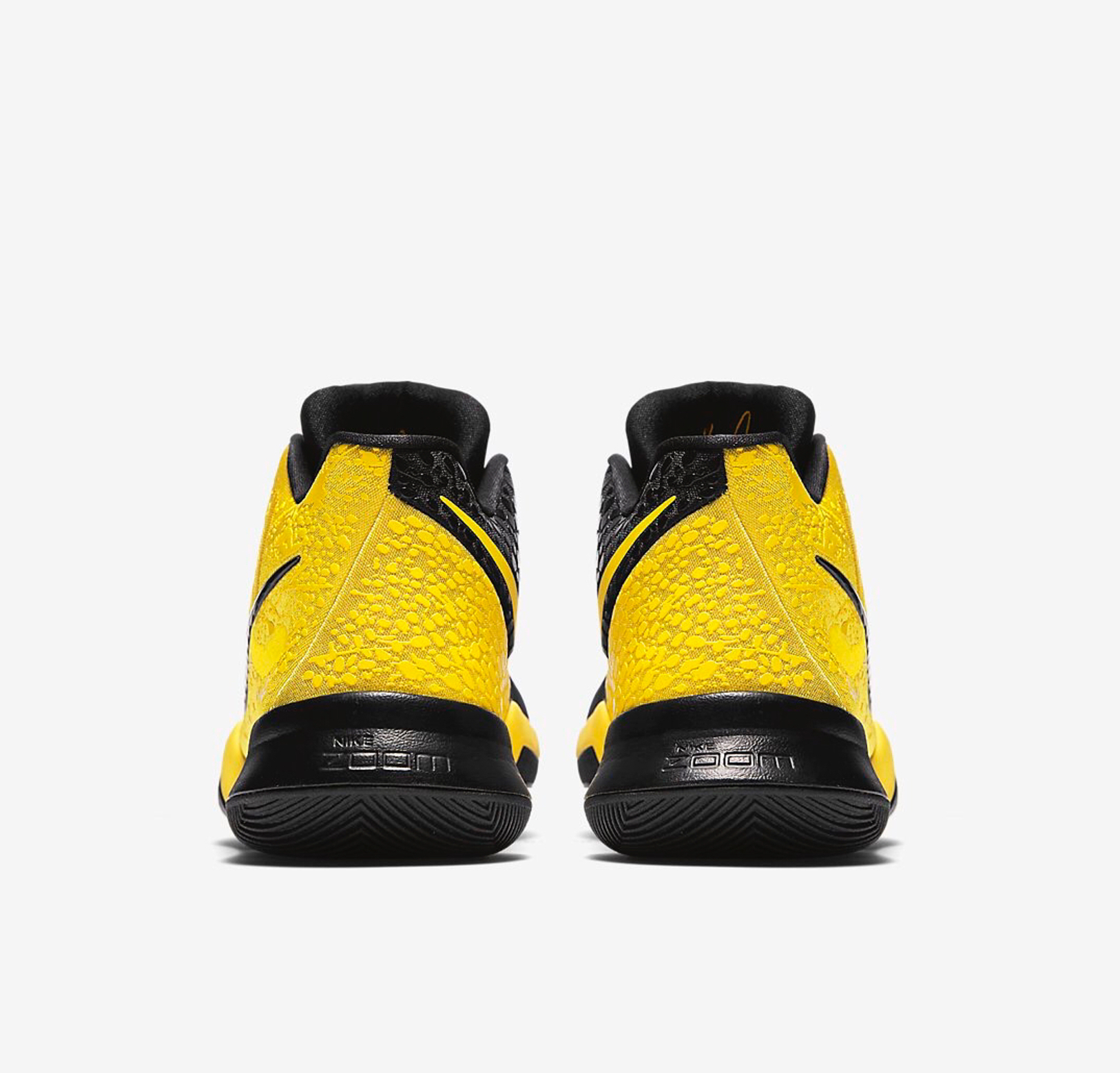