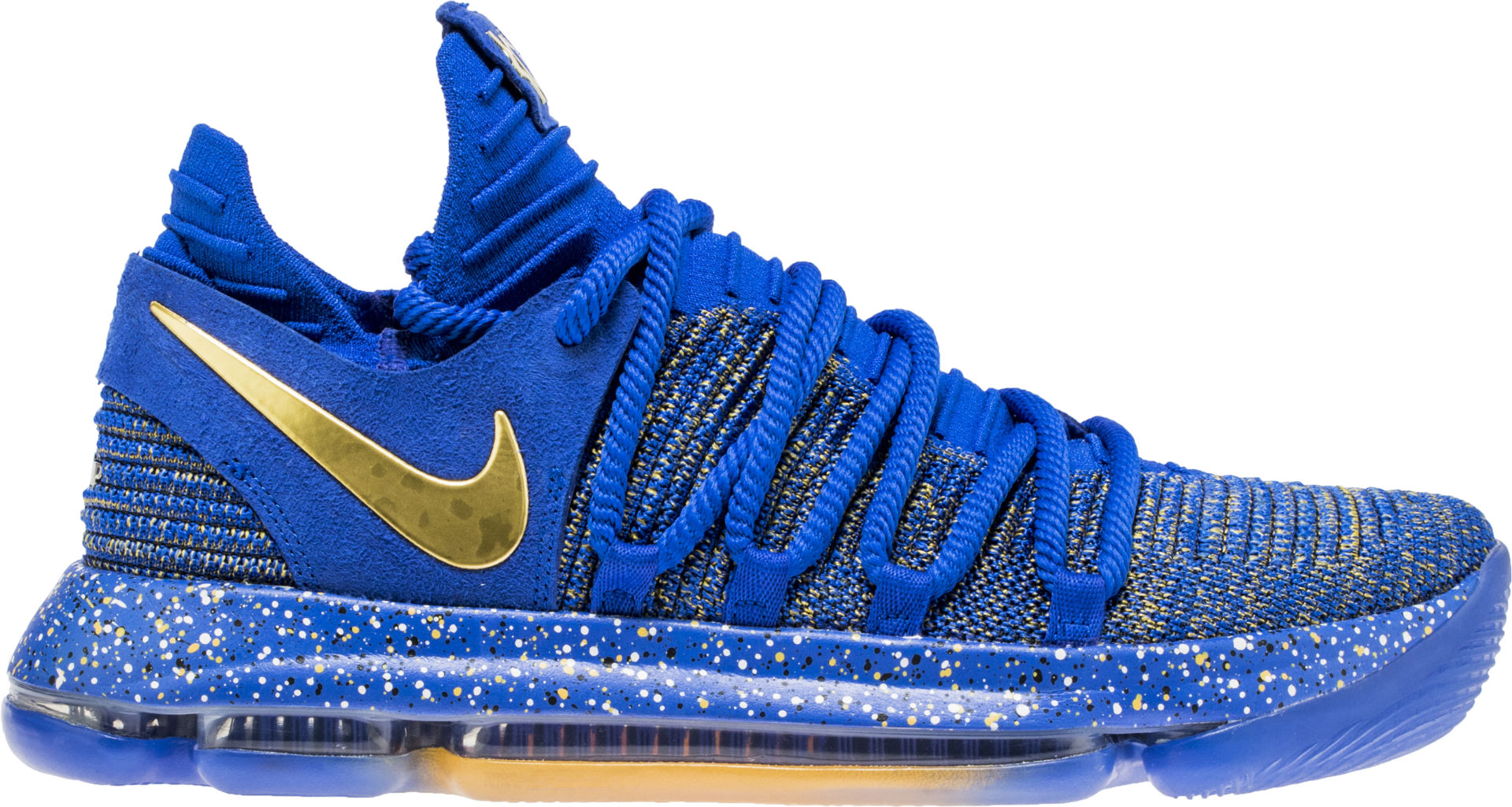 There are several unique details that make this Nike KD 10 ‘Finals’ PE special.

The initial images of the sneaker didn’t show the insoles; they feature Kevin Durants stats for each game of the 2017 Finals, the Golden State Warriors record during the Finals, and a slew of rude phrases KD has been called. However the phrases end on the right insole with “Finals Most Valuable Player” in yellow letters.

Another interesting detail is the jewelry at the heels; it reads MMXVII (2017) vertically and MVP CHAMP horizontally in gold letters that pop from the blue and yellow Flyknit.

Finally, the outsole transitions from blue to yellow to blue again, a detail that adds even more flair to an already loud sneaker. Gold KD and Nike branding seal the deal.

The Nike KD 10 ‘Finals’ PE is a pretty limited release that will be available at select retail locations in the U.S. for $150. Consult your local retailers to see if it’s dropping near you. 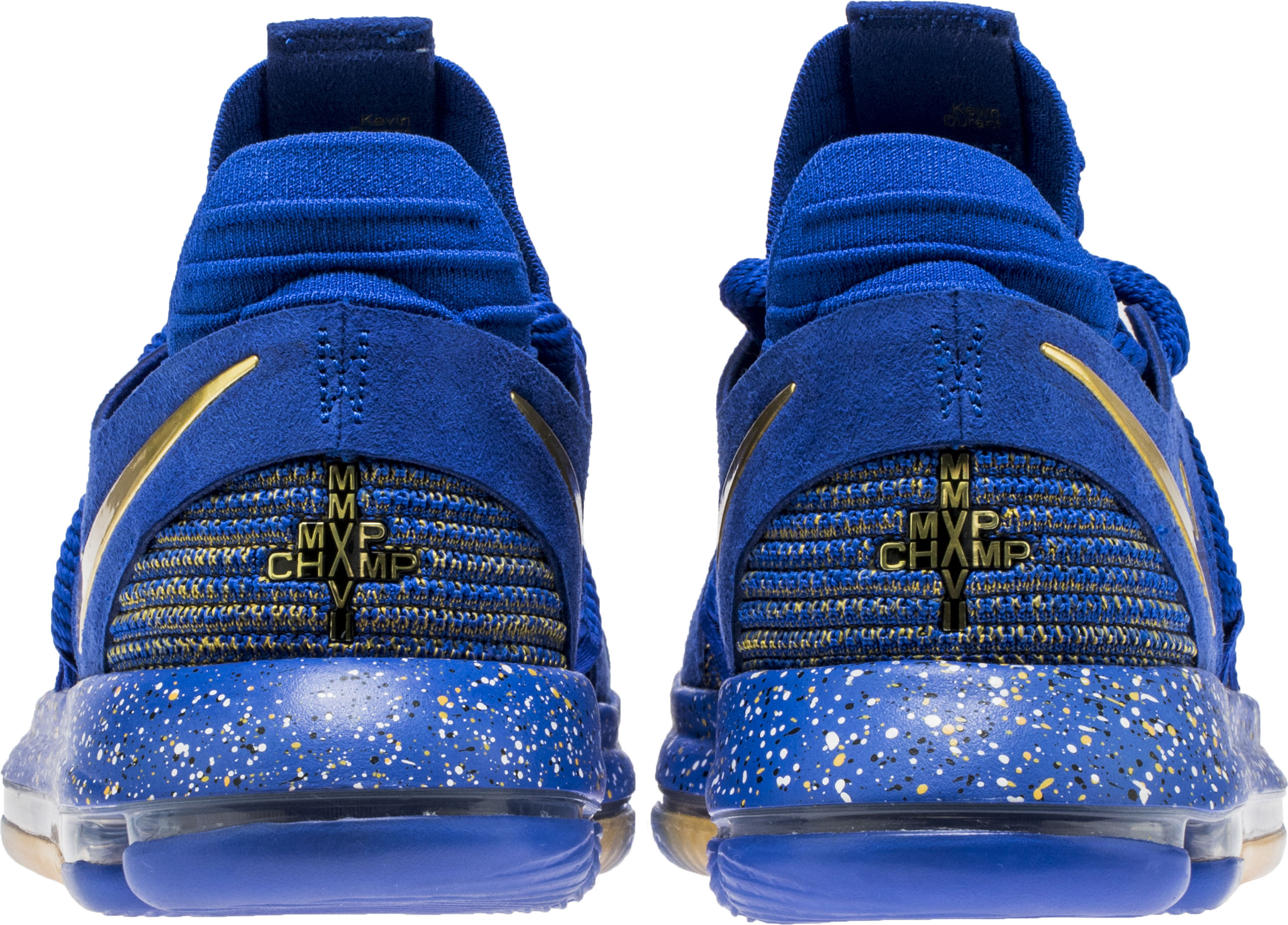 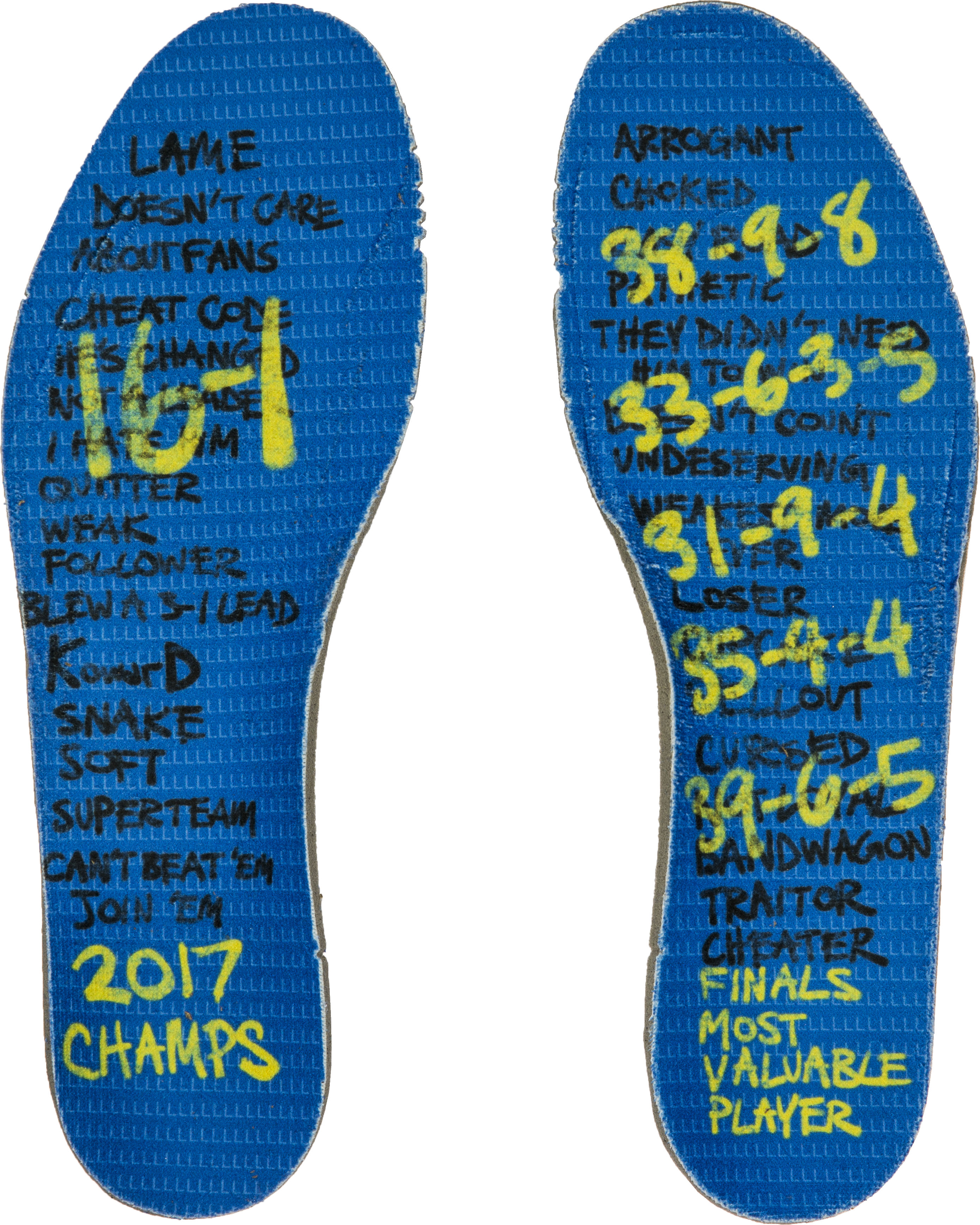 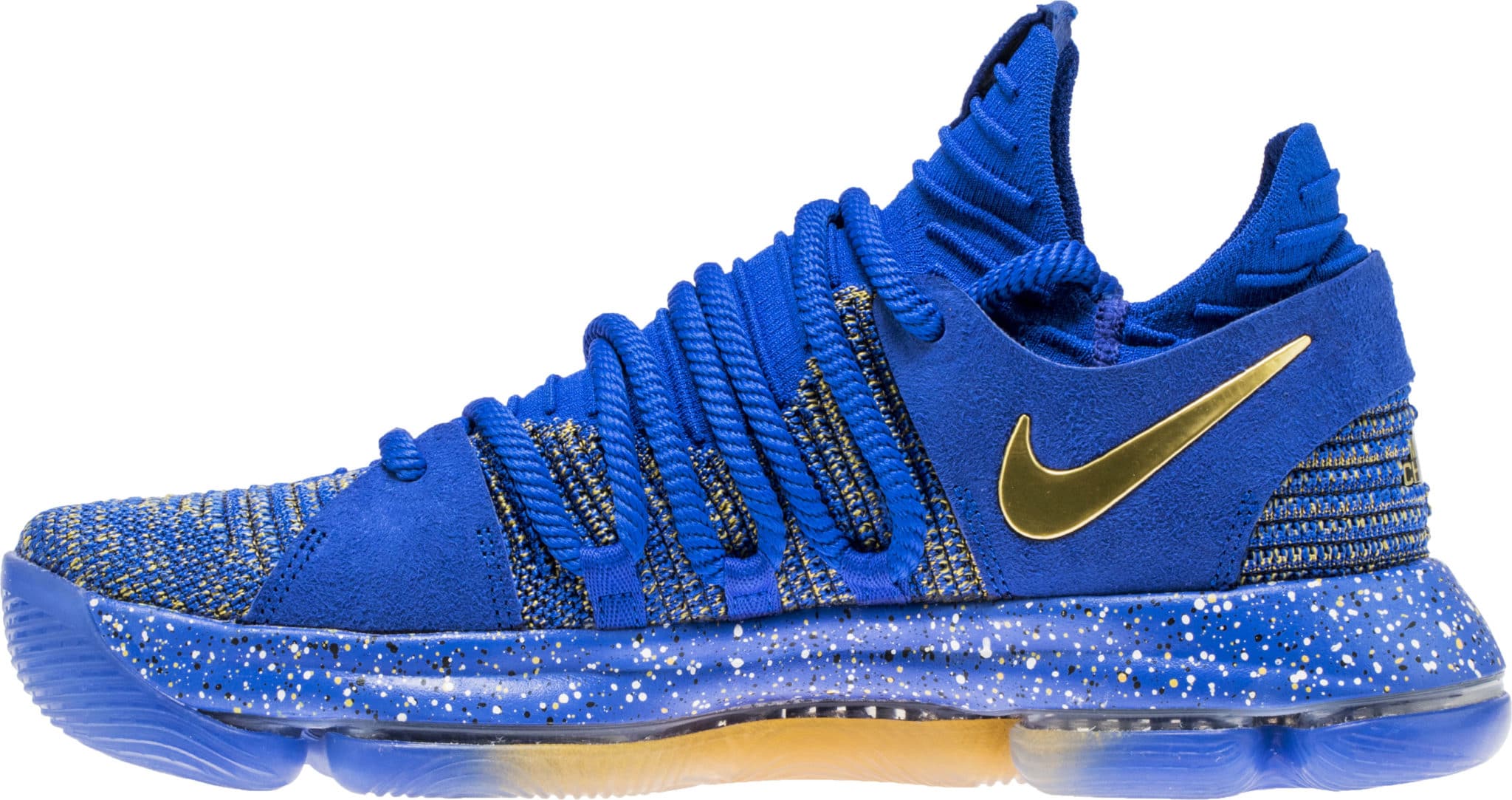