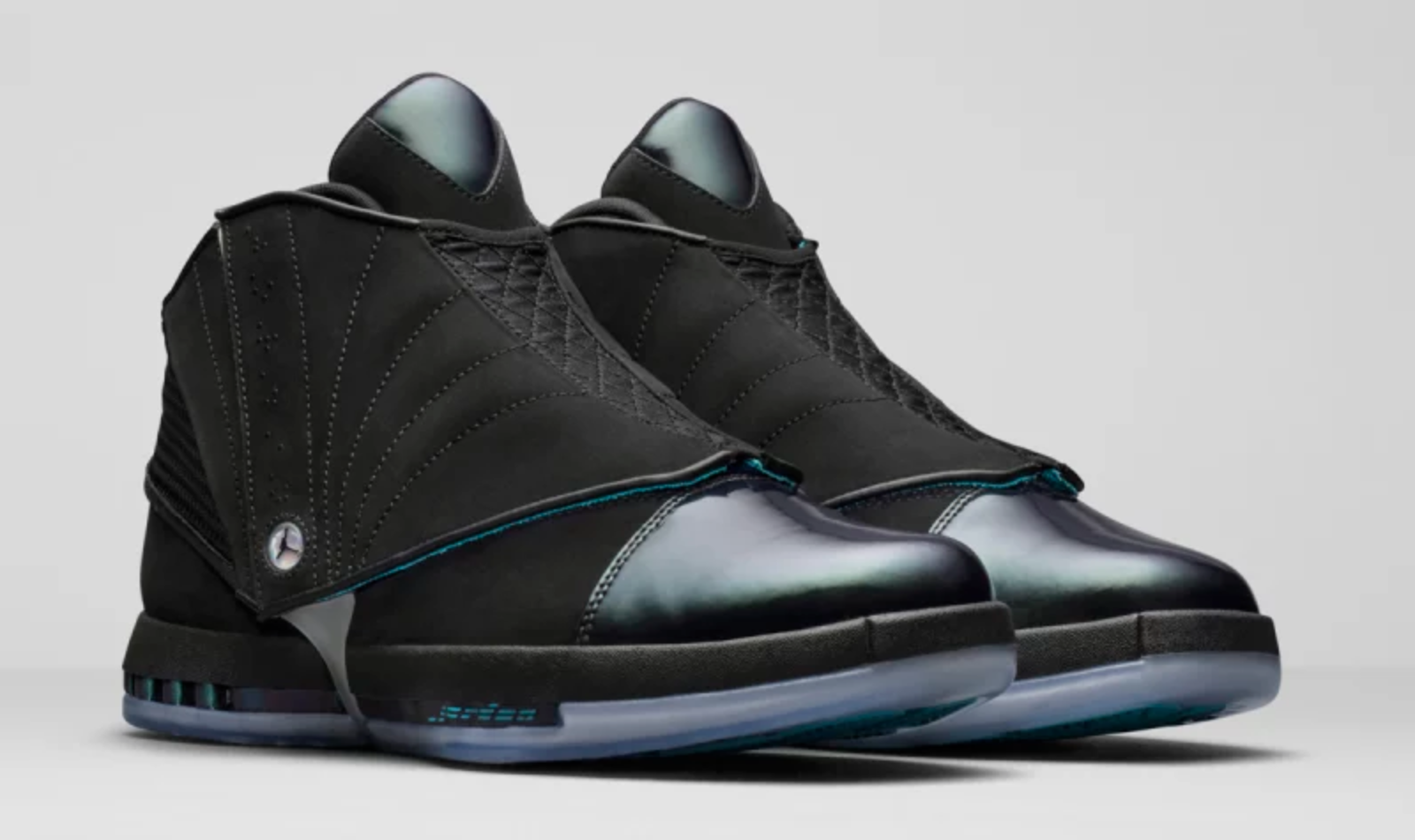 We now have a closer look at two of Jordan Brand’s highly anticipated releases.

We could not get enough of the hype yesterday after Jordan Brand officially unveiled more of its holiday line up. In addition to the Win Like ’82 and Win Like ’96 collections, we got a look at an interesting pair of Air Jordan 32s and a pair of Air Jordan 16 retros, both in a colorway dubbed ‘CEO’. Thanks to our friends over at Fastpass, we now have a closer look at both.

As great as the 32 is, let’s start with the 16s. It has been a while since we have seen a new colorway of the silhouette, as post-second-Jordan retirement sneakers have not gotten as much mainstream attention as earlier models.

This build features an upper and shroud covered in nubuck with Rapid Teal accents. The visual standouts are the iridescent leather toe and tongue. Some may look at this colorway and be reminded of the Jordan 31 ‘All Star’ from earlier this year; that particular sneaker was also inspired by the Charlotte Hornets, who were originally scheduled to host the 2017 NBA All-Star Weekend.

Please note the Jordan 16 ‘CEO’ will be limited to 2,300 pairs; each features a unique number behind the tongue. 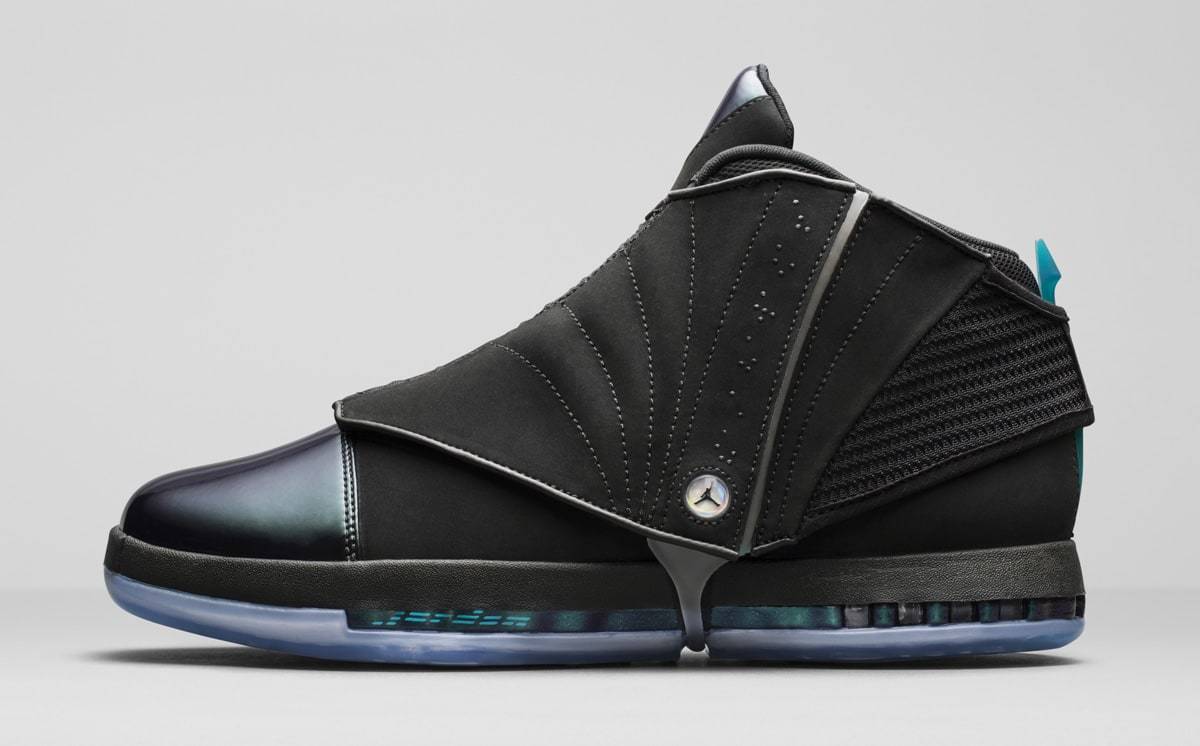 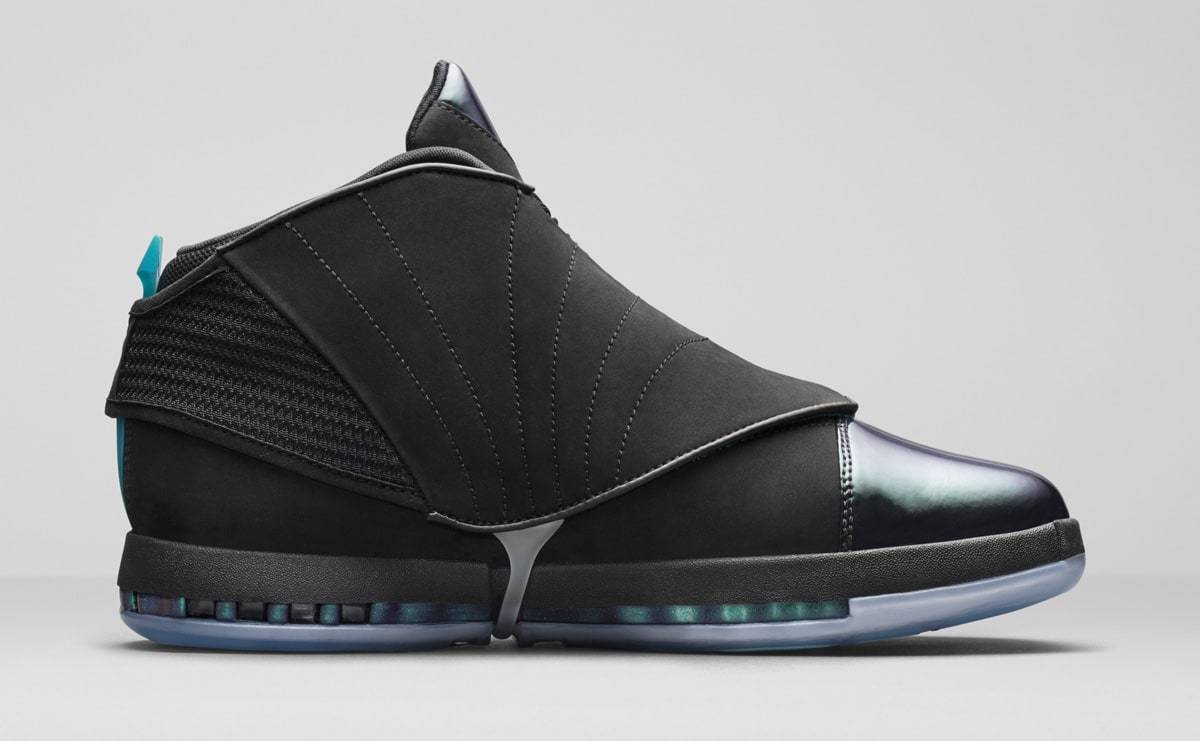 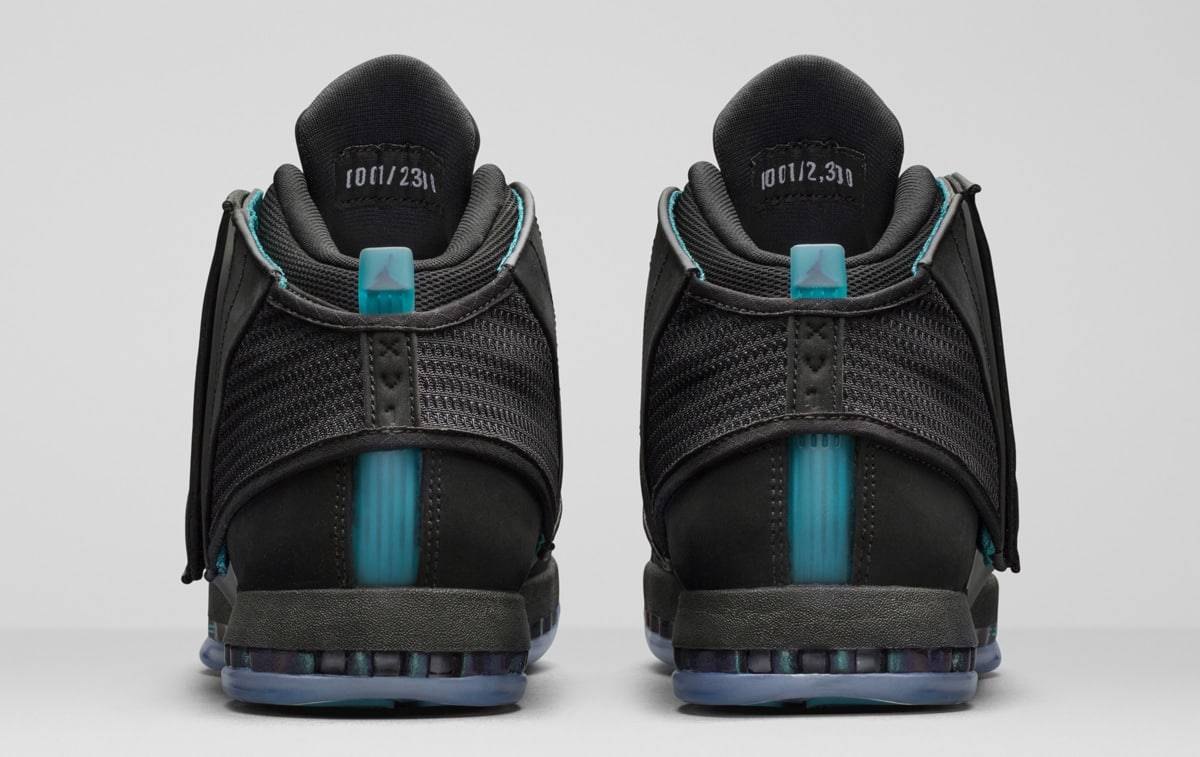 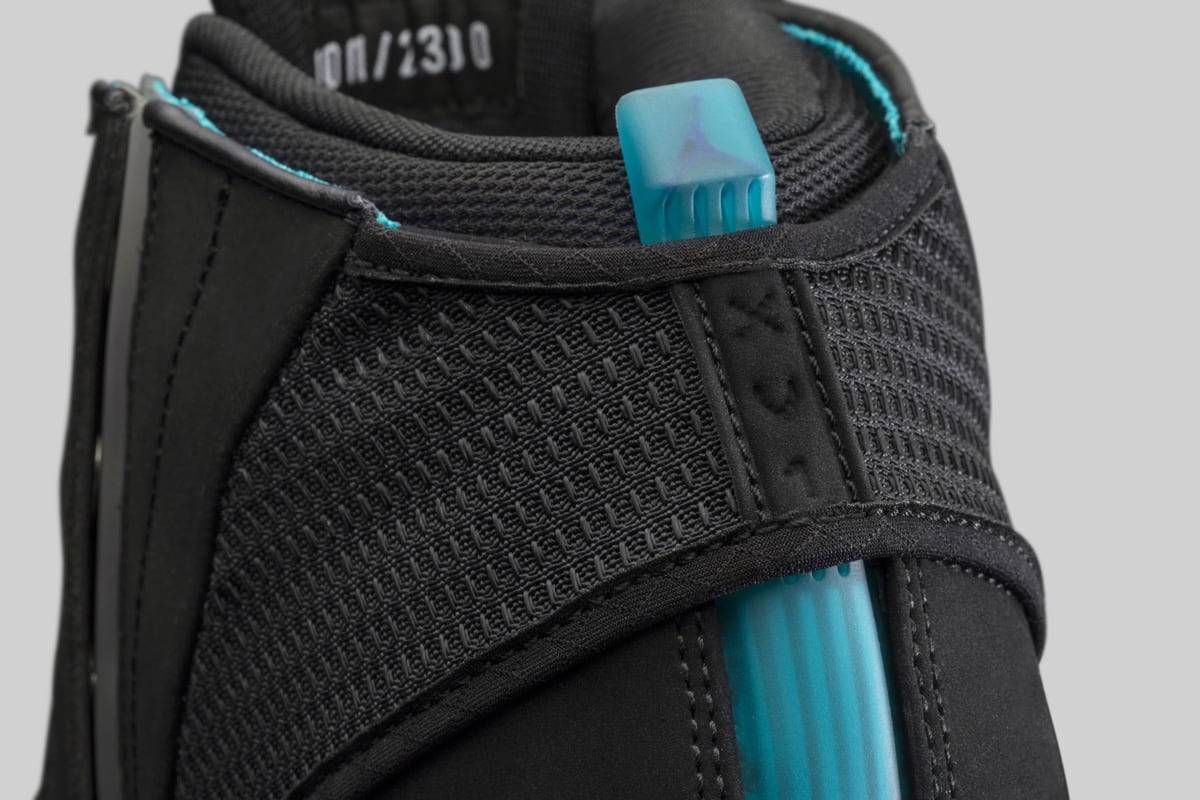 At first glance the Air Jordan 32 ‘CEO’ appears to use a black upper. After closer inspection, the Flyknit upper features subtle purple strands woven throughout the knit. The black and purple scheme of the midfoot and tongue area transitions to black and teal at the heel. A white midsole and semi-translucent outsole, which appears to carry some iridescence or purple, finish off this build.

After seeing both silhouettes together, which do you think pulled the theme off better? Which will you be trying to cop? Let us know. 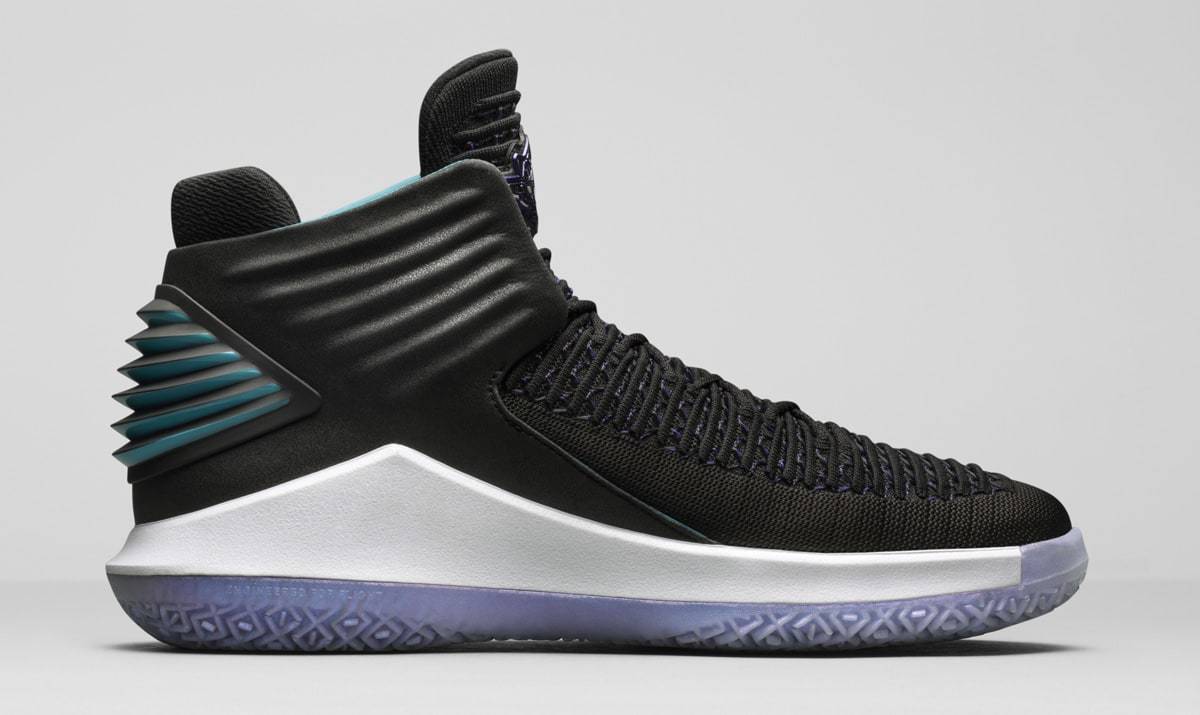 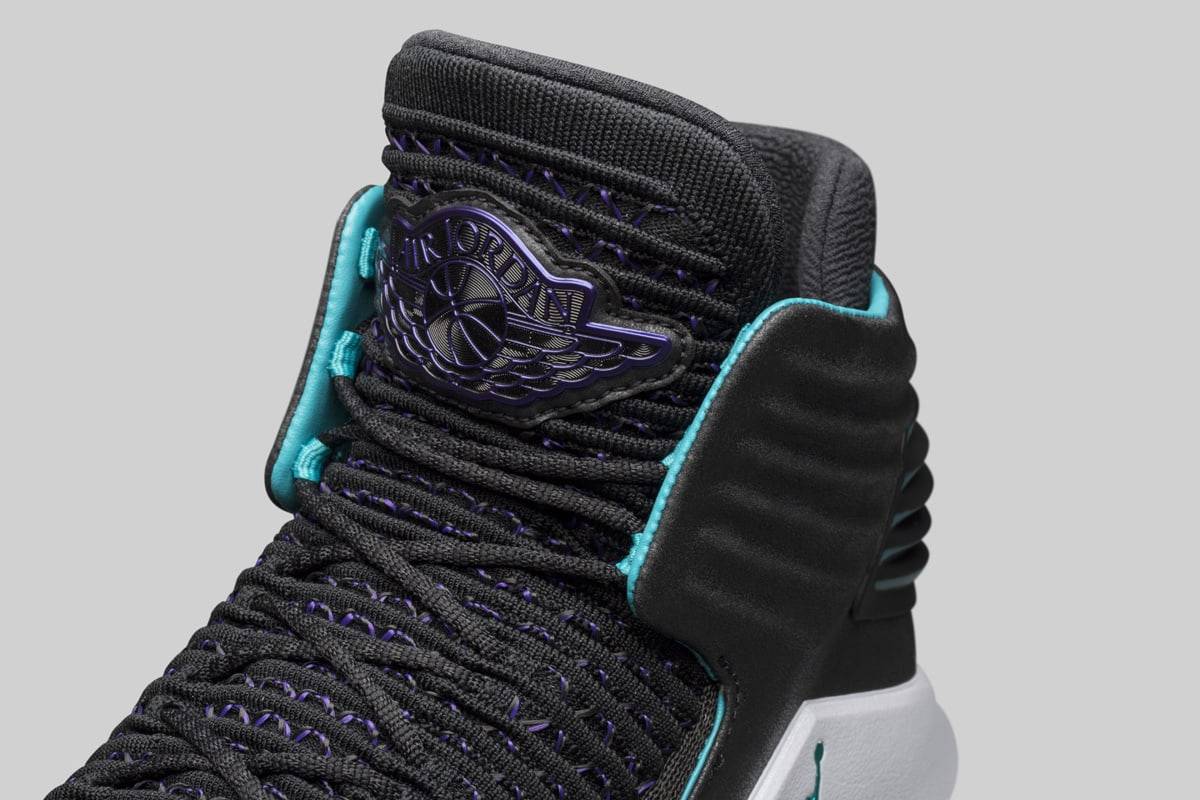 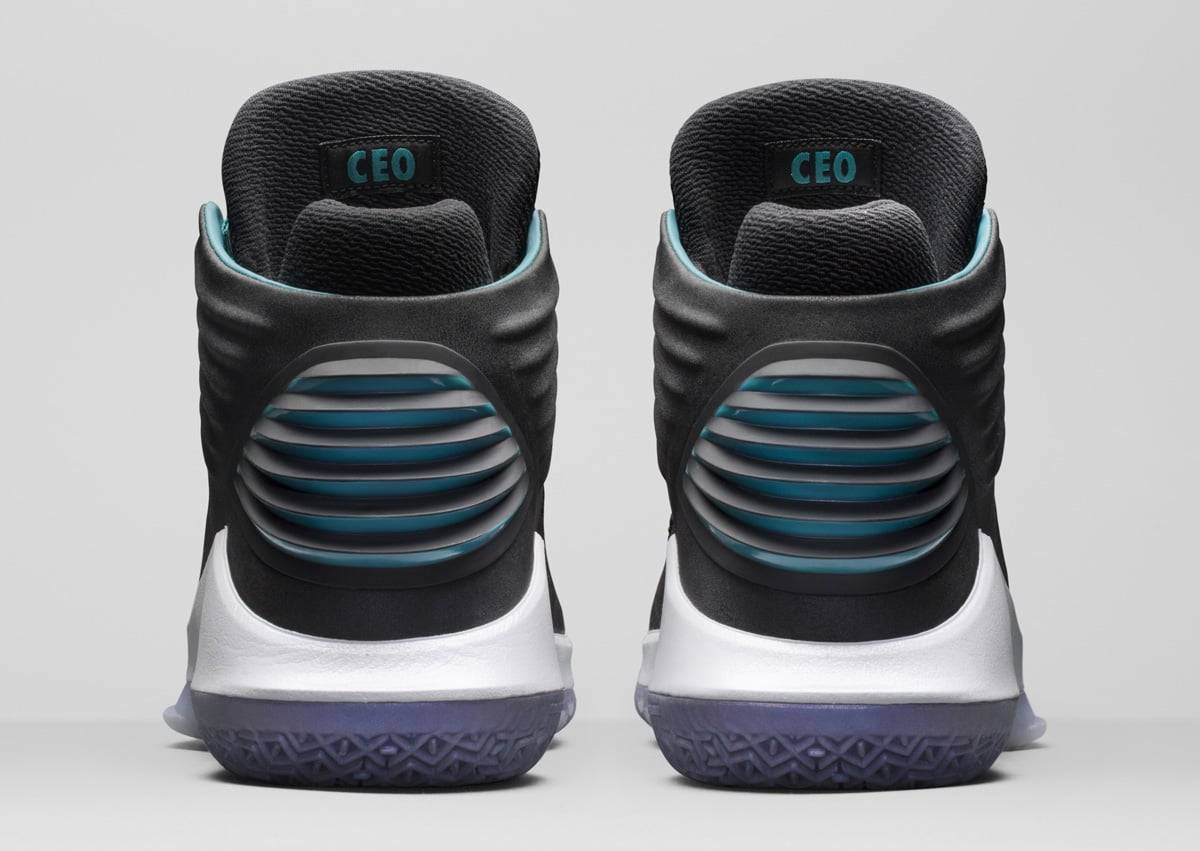 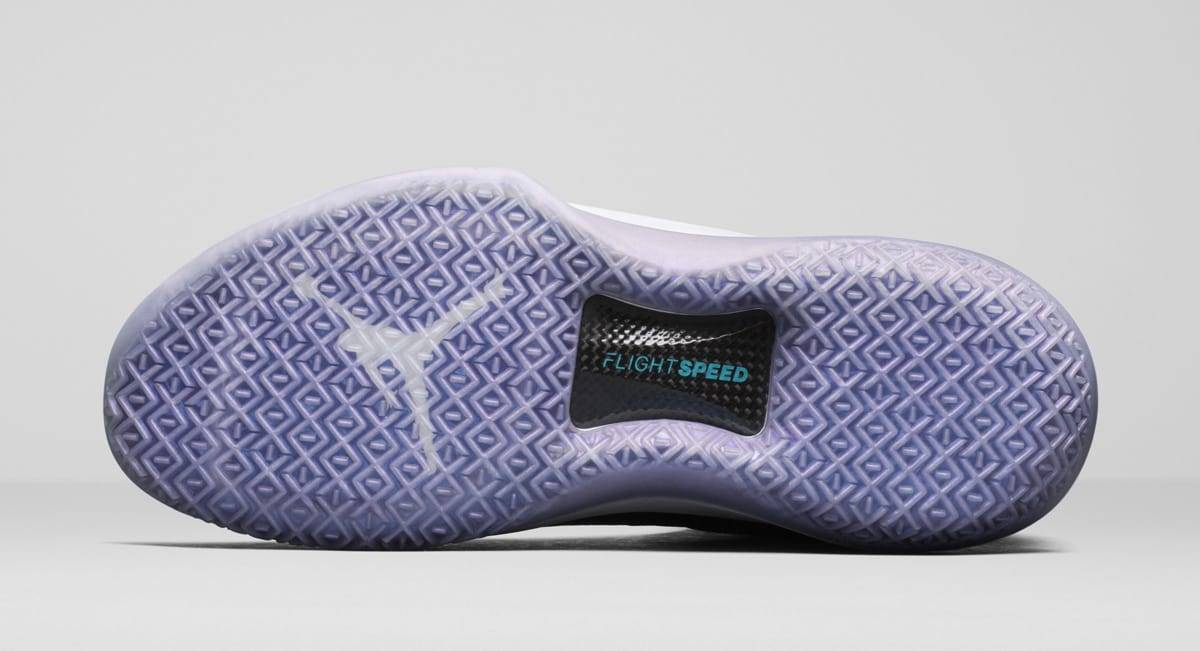