It appears that Cristiano Ronaldo, one of the greatest footballers ever, needed a training shoe. So, Nike made one for him. It’s called the Nike Free CR7 x Metcon.

The Nike Free x Metcon was designed to fuse the comfort of Nike’s Free system with the stability of Nike’s Metcon system. Now, the shoe is getting a special edition that speaks to Ronaldo’s dedication to training.

According to Nike, Cristiano Ronaldo chose white as the primary color for the Nike Free CR7 x Metcon because it offers a light, fresh feel and embodies the energy and spirit he needs for his training. Ice blue, his favorite color, is used on the TPU cage and handstand heel clip. Nike says that the new logo on the cage was inspired by an ancient Portuguese navigational tool, which pays tribute to Ronaldo’s national heritage.

As a final flourish, Cristiano Ronaldo’s signature is featured on the sockliner while CR7 branding is embossed in leather at the heel and tongue.

The Nike Free CR7 x Metcon will release in limited numbers on May 26 for $120 at Eastbay.com. 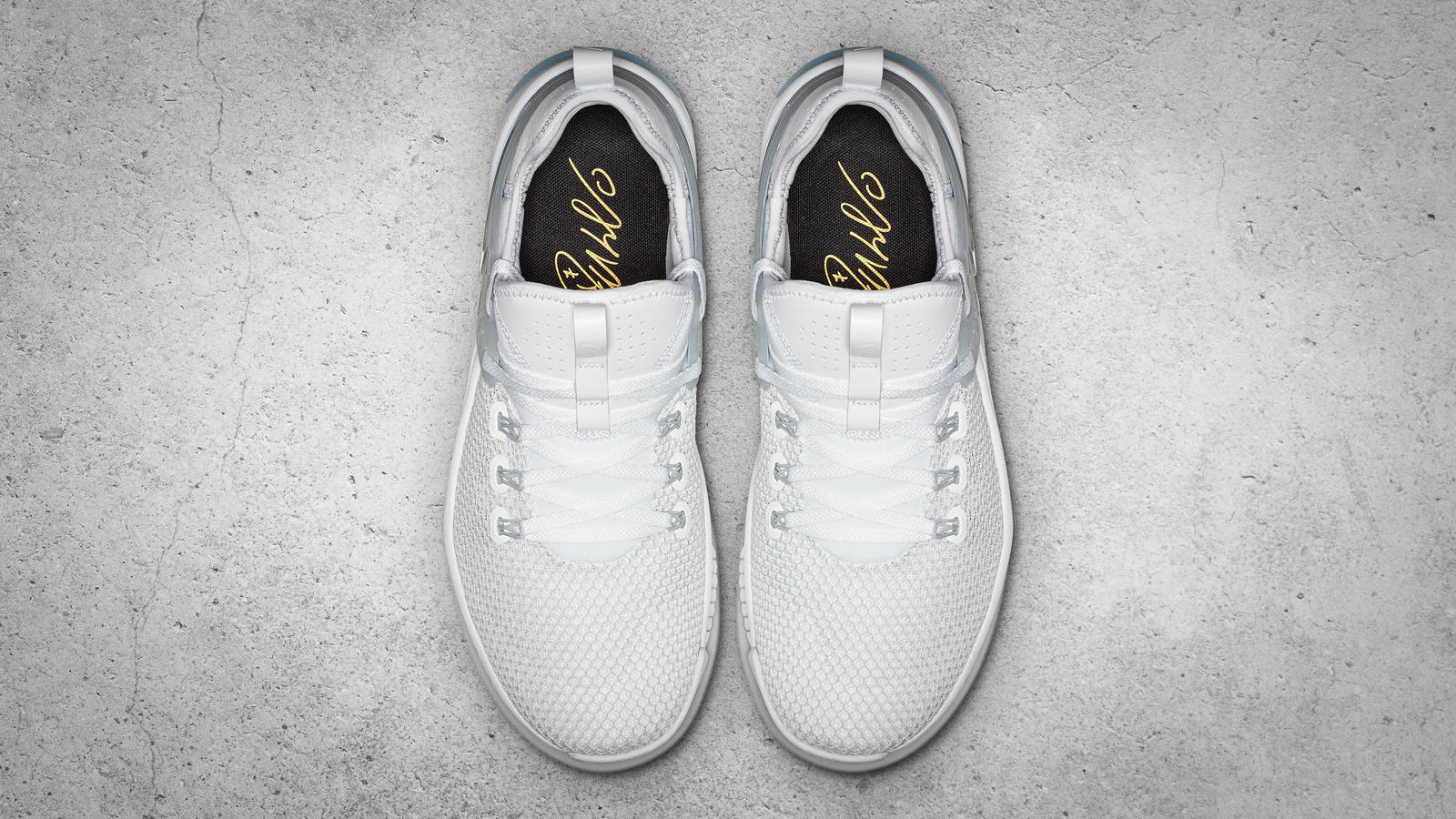