After seeing resounding appeal with a reimagining of Nike’s classic Air Force One Low, Japanese fashion brand Comme des Garçons is teaming up with Nike once again.

Rei Kawakubo, founder of Comme des Garçons and Dover Street Market, took on the popular Nike Flyknit Racer “Triple White” and attached a black bow to the shoe’s forefoot. This minimalist pop-art approach is essentially the same concept that was used for the last collaboration between the two companies on the AF1 Low.

According to HighSnobiety, the bow concept was used on for a special edition build debuted on the runway during theComme des Garçons Fall 2017 runway show (pictured below). 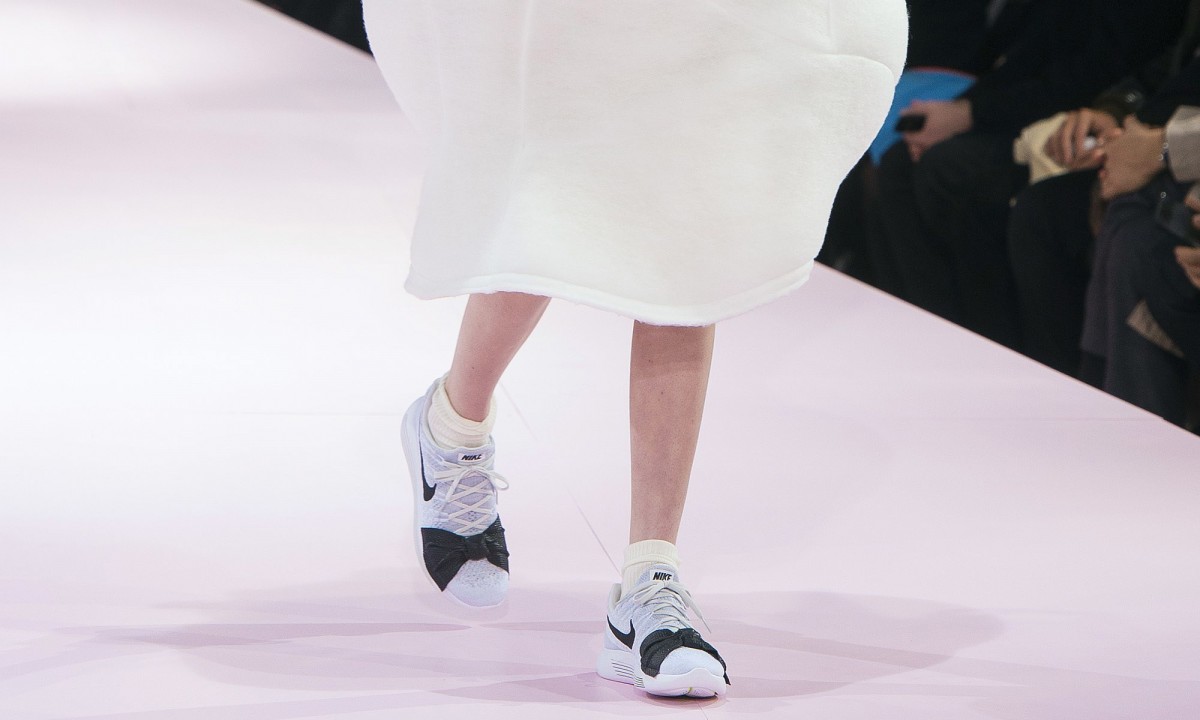