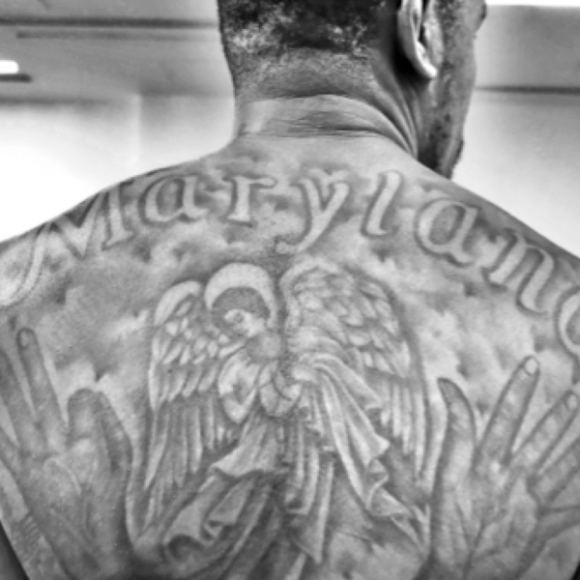 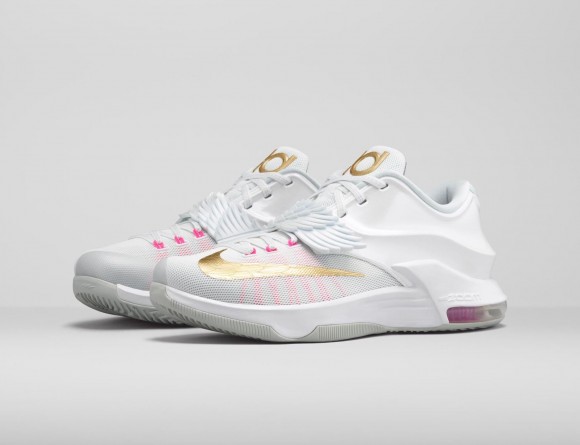 We all know a little about what the ‘Aunt Pearl’ colorway means to Kevin Durant, but Nike gives us a closer look into the inspiration behind the memories KD promised to keep alive when he lost is aunt to lung cancer in 2001. Its pretty cool to see the design process behind this colorway, and gives the consumer great insight into what they are purchasing, and what it means to the athlete they are supporting.

The Nike KD 7 ‘Aunt Pearl’ is set for a February 19th  release date at Nike.com and Nike Basketball accounts. 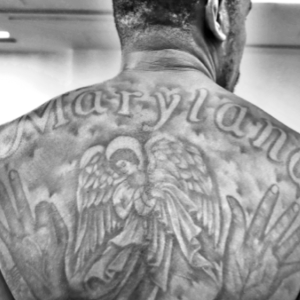 Durant came up with the idea of an angel tattoo as a tribute to his late aunt’s grace and humility. He brought an initial concept to tattoo artist Randy Harris, who designed an angel taking flight. It was scaled to fit beneath the “Maryland” tattoo on Durant’s back. Harris completed the tattoo on the 10-year anniversary of Aunt Pearl’s passing, which indelibly connected Durant to his Aunt Pearl’s memory. 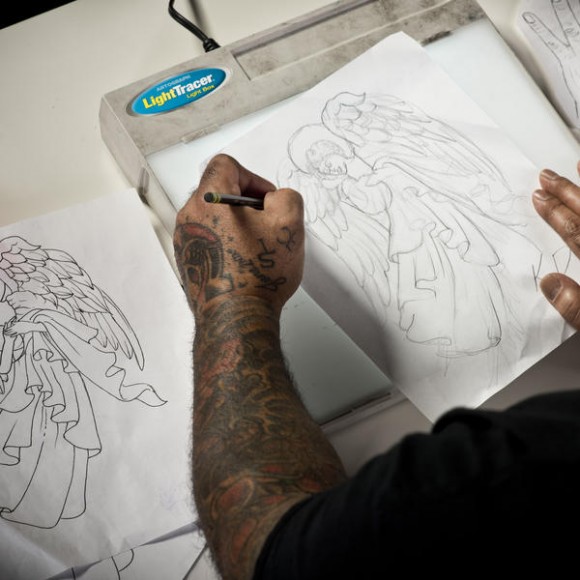 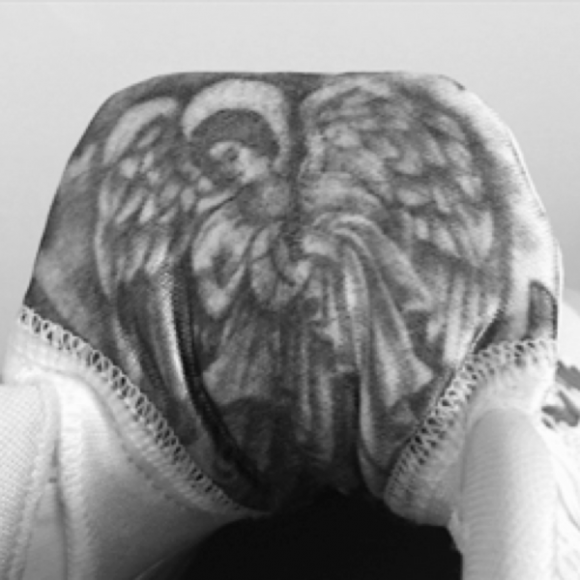 Nike designer Leo Chang’s inspiration for the new KD7 Aunt Pearl shoe came from Durant’s angel tattoo. Chang brought Harris’s artistry to the shoe with a three-dimensional angel wing strap, a print of the actual tattoo on the inside of the tongue and wing-pattern detailing on both gold Swoosh logos.

“I’m so proud that my Aunt Pearl’s elegance was captured by this shoe,” said Durant.  “She always taught me to hold my head high and carry myself with humble confidence. It’s fitting that’s the exact statement this shoe makes to me.” 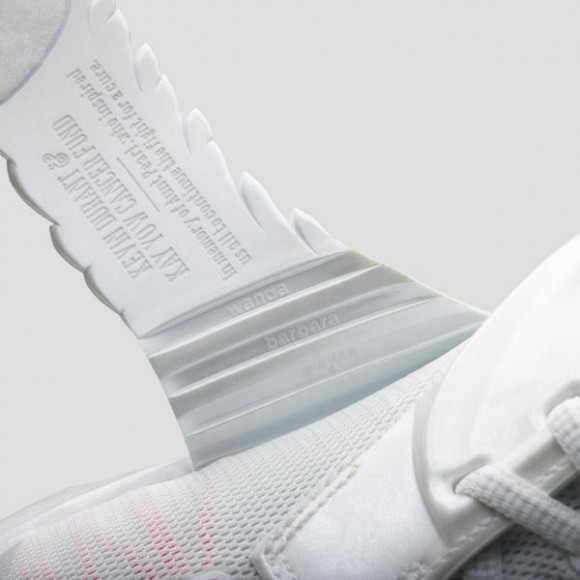 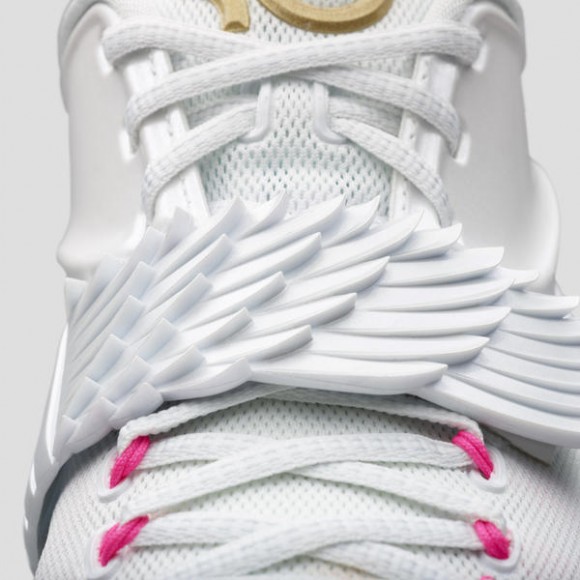 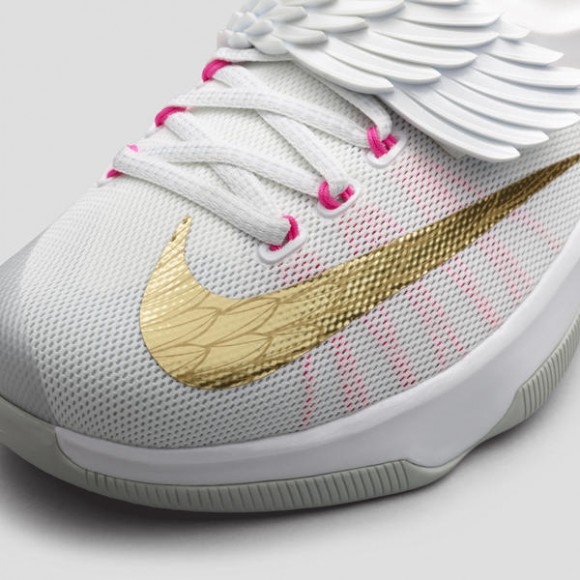 The Kay Yow Cancer Fund was founded in 2007 from the vision of the organization’s namesake, Kay Yow, former North Carolina State University head women’s basketball coach. The Kay Yow Cancer Fund is a 501(c)(3) charitable organization committed to being a part of finding an answer in the fight against women’s cancers through raising money for scientific research, assisting the underserved and unifying people for a common cause. 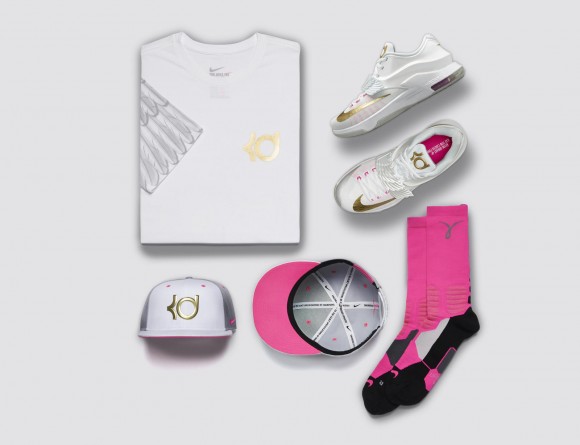