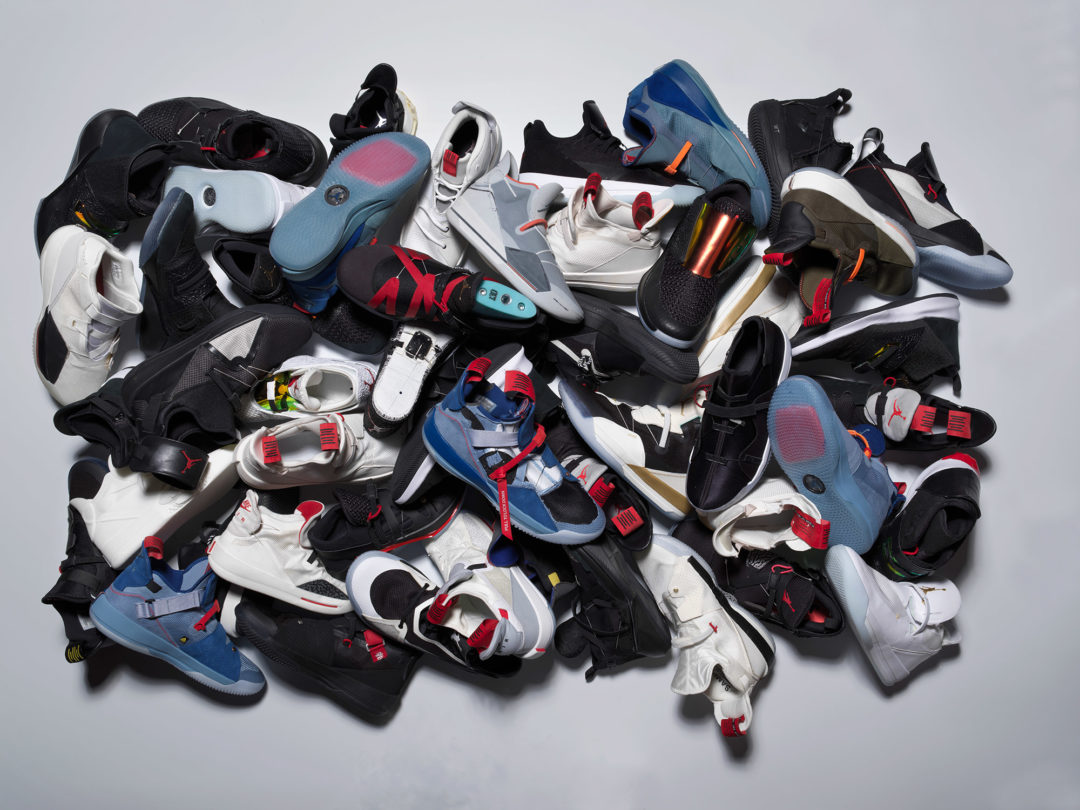 Now that the Air Jordan 33 has been unveiled, we’ve got a look at upcoming colorways.

If you were following WearTesters captain @Nightwing2303 (who was at the unveiling in LA) you might have already seen these colorways. The introductory colorway, dubbed ‘Future of Flight’, will release on October 18 for $175. However, Jordan Brand has a lot more planned for the laceless sneaker. 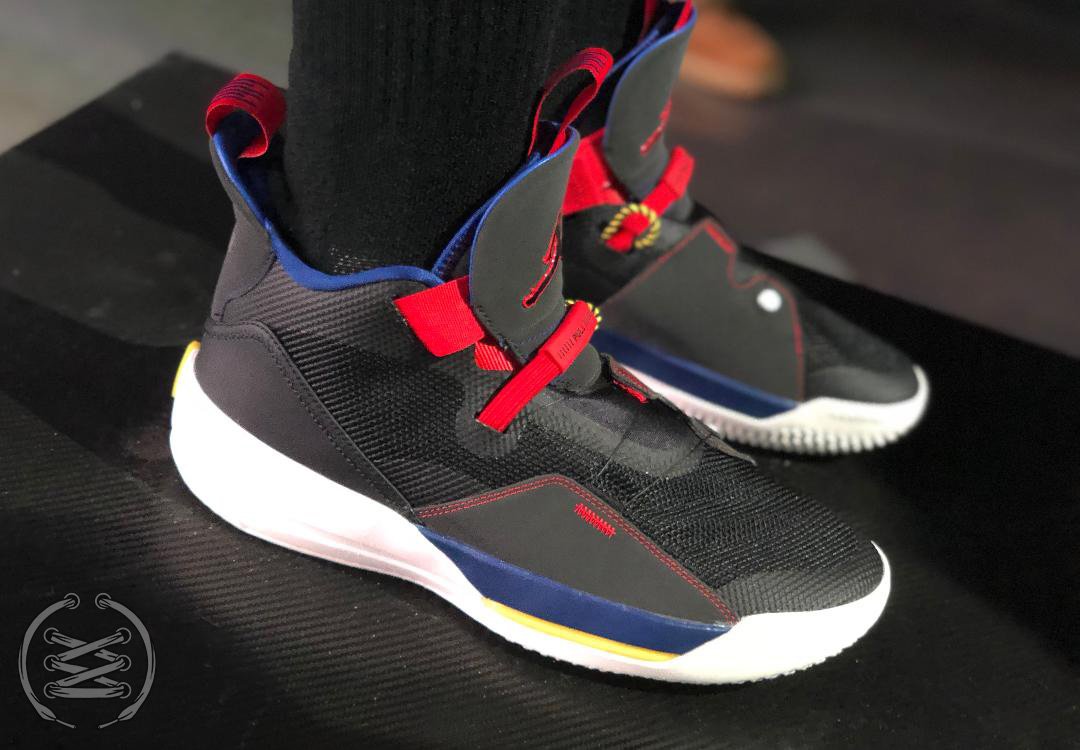 The Air Jordan 33 ‘Tech Pack’ is expected to launch exclusively in Asia for overseas hoopers. No word on whether it will feature XDR rubber so the shoe is outdoor-ready but we’ll keep you updated.

Of course, there is a ‘Triple Black’ Air Jordan 33 coming. It will hit retail for Holiday 2018 and it appears to feature some blacked-out elephant print at the heel overlays. 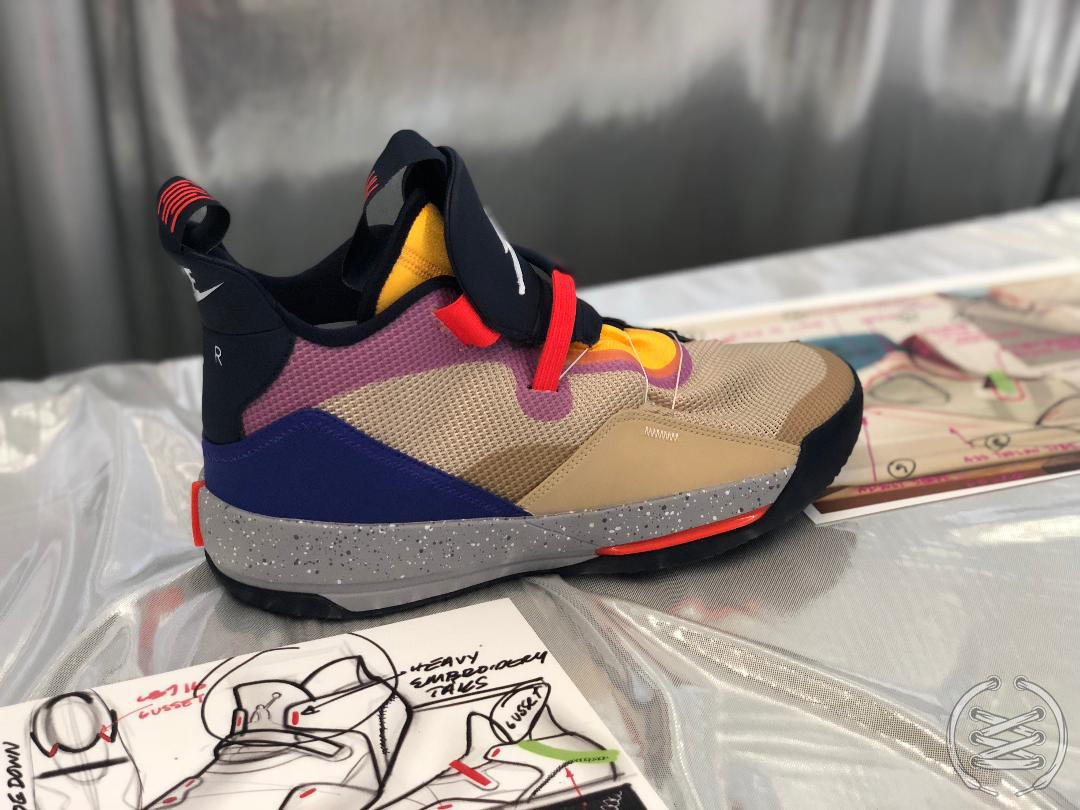 Jordan Brand also showed off a multicolored Air Jordan 33 that does a bit of everything; it has some heat-map vibes to it and, seemingly, some ACG influence with the beige and blue look. There is no word yet on when to expect this colorway. 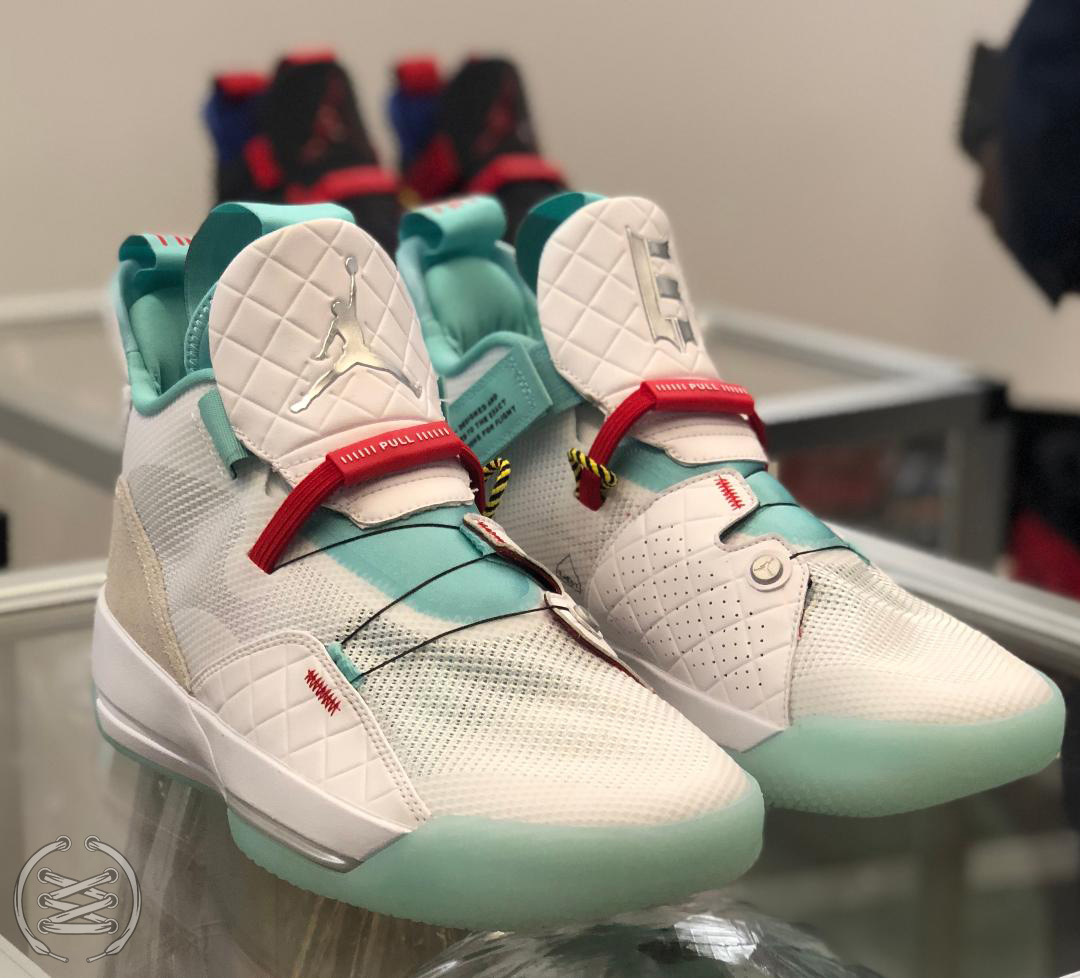 Finally, Jordan Brand showed off a ‘Jade’ Air Jordan 33 that appears to be a PE for Chinese basketball star and JB athlete Guo Ailun. There is no word when it will release but expect it to be a China exclusive.

The Air Jordan 33 features a large-volume forefoot Zoom Air unit and a smaller hex Zoom Air unit under the heel. Beneath the arch resides the FastFit system, which cinches the whole shoe closed with one pull of the forefoot strap. Finally, the shoe features an updated Flight Speed system, which now uses the same carbon fiber plate as the Zoom Vaporfly 4%.