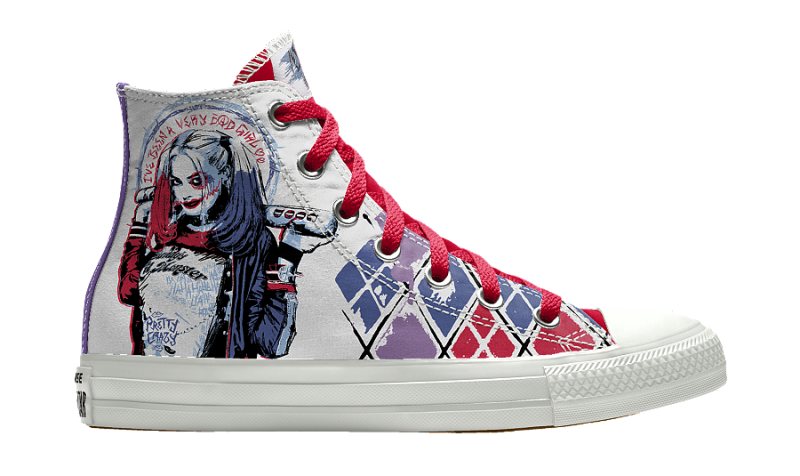 We’re about a month away from the release of the DC movie Suicide Squad. Recently, Converse was added to the list of shoes you can customize on NikeiD. Now, your Chucks can feature graphics of some of the movie’s baddest anti-heroes. Check out the different options you can create below for a Suicide Squad Converse.

The Suicide Squad Converse option is available now on NikeiD for $80. Let us know in the comments below what option you like the most and which you end up grabbing. Is it weird that the movie hasn’t yet released but you can NikeiD? What if the movie stinks? 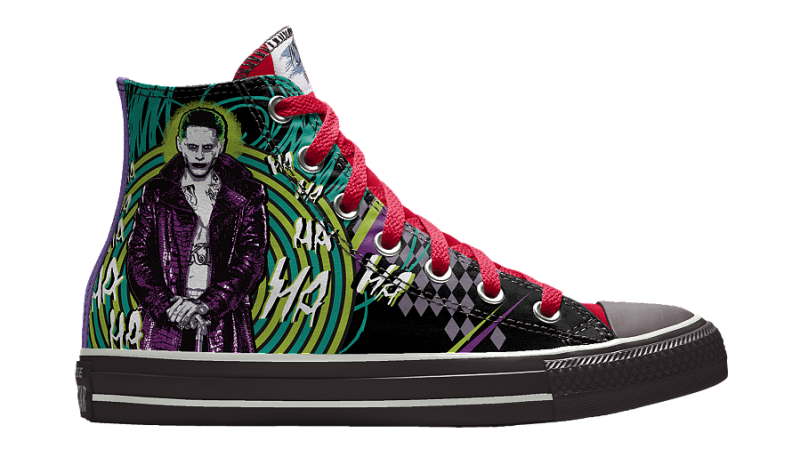 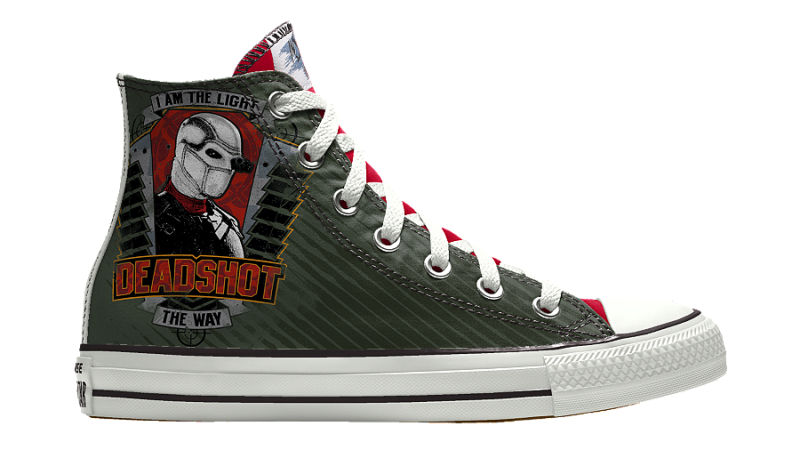