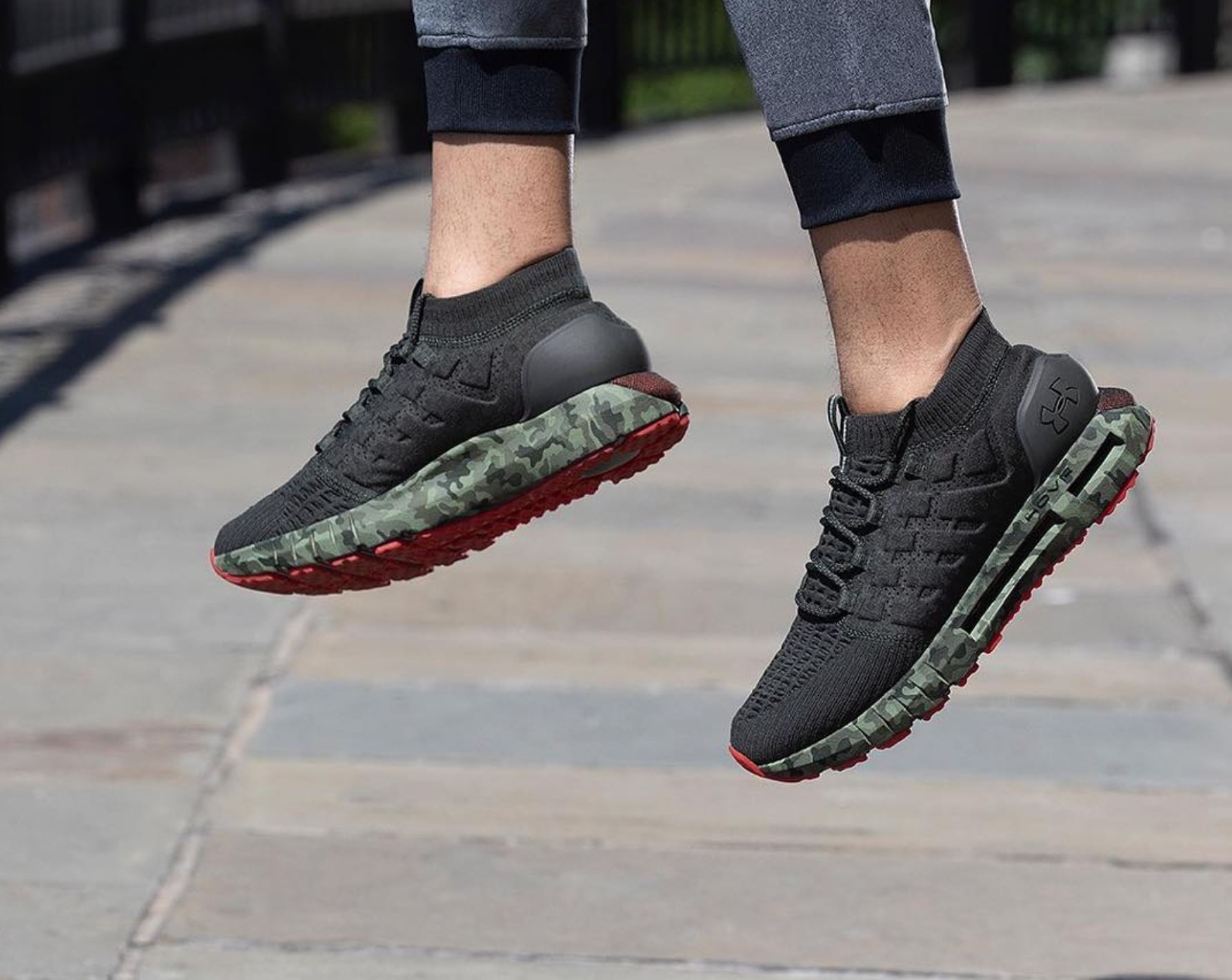 Back in early April, WearTesters reported that camo HOVR Phantom colorways were releasing in Japan. Now, the States is getting its delivery.

The HOVR Phantom’s knit and chamois upper has been set atop several different camo midsoles, and there are colorways for both men and women. Those midsoles contain Under Armour’s brand new HOVR cushioning system and SpeedForm 2.0 — 8 to 12 millimeter thick anatomical cushioning pillows — that makes step-in comfort quite plush.

According to Under Armour, the HOVR Phantom Camo will release in several colorways on Friday, May 25, for $130 each (Connected versions would be $140).

On an earnings call in early May Kevin Plank, founder and CEO of Under Armour, said that HOVR was the first-ever synchronized and digital-only global launch which exceeded goals for engagement, UA.com visits, perception scores, and sell-through. He added that the company was incredibly happy with the HOVR launch.