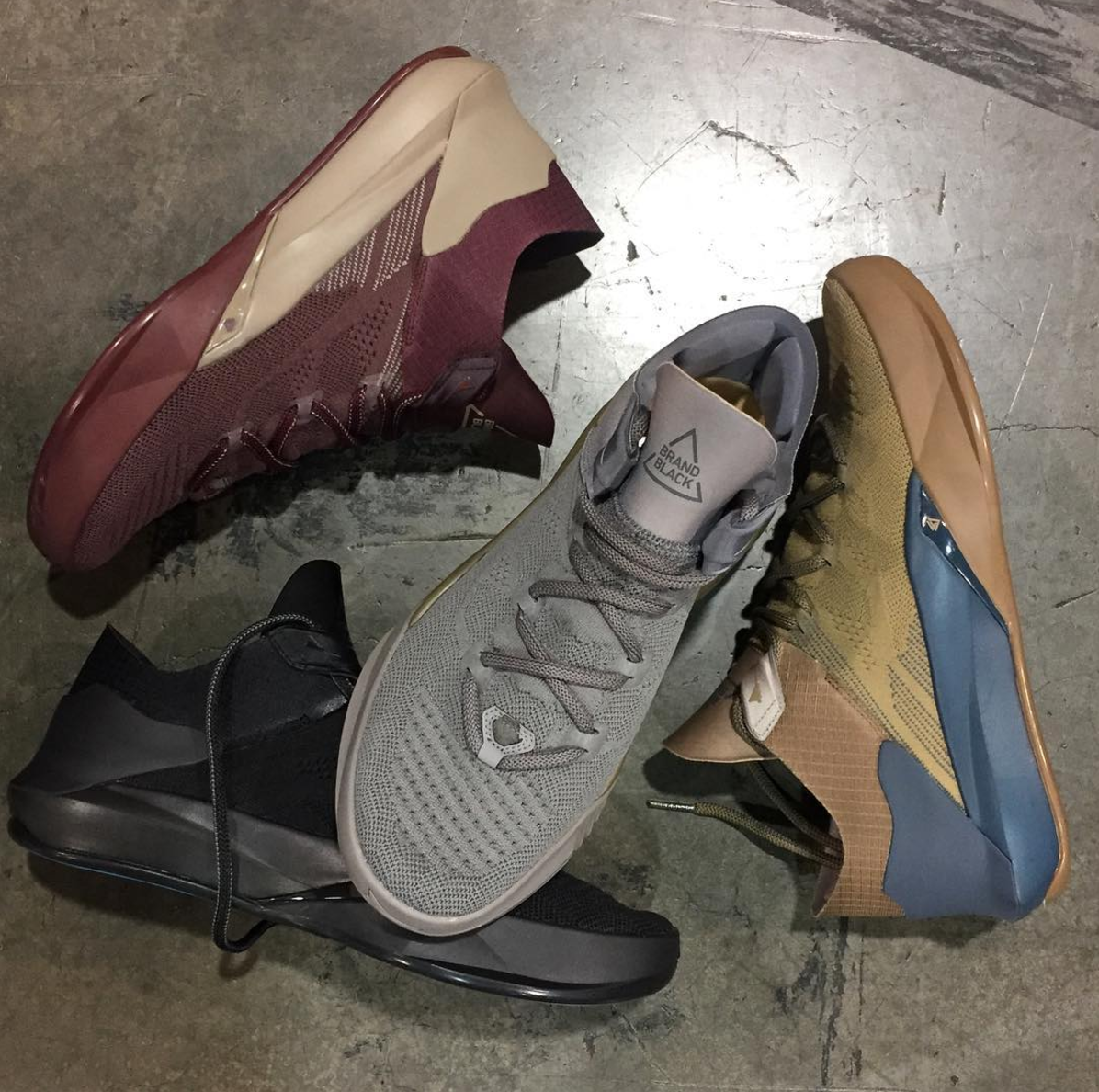 While attending Agenda, Brandblack has shown off the upcoming FutureLegend Low.

The original version of the Brandblack FutureLegend was a great on-court shoe but the design might have been too much for the close minded hooper to try out.

Reimagining the shoe in low top form wasn’t hard since the shoe without the strap was pretty close to being a low already. However, the material upgrade here is something that I’m totally down for.

Replacing the synthetic toe and Jacquard mid panel with a knitted one-piece upper is a great look for the shoe. The colors — other than the triple black — are far from traditional and bring something new to on-court performance footwear. Tech specs in terms of traction and cushion remain untouched — which is perfect as the traction and cushion were major selling points on the original.

There is no official release date at the moment, but we’re hearing the Brandblack FutureLegend Low may be due out later on in 2017, or it could arrive with the AMALGAM collection due out in July.

Share your thoughts on the Brandblack FutureLegend Low below in the comment section and stay tuned for updates.