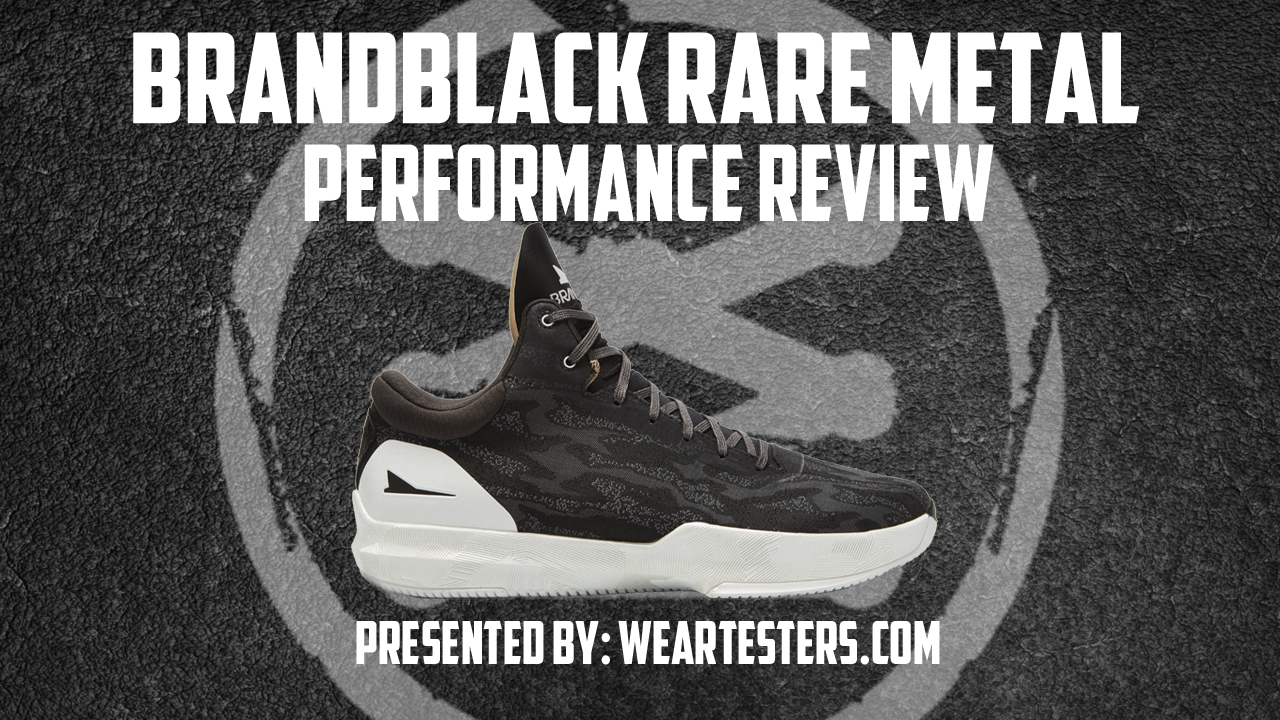 I’m never one to tell a pro athlete — someone at the top of his game and who made it farther than anyone here at WearTesters in basketball — how to play or make decisions, but Jamal messed up. The Brandblack Rare Metal is a prime example of how to evolve a shoe that was already a smoking hot performer. How good? Stay tuned… 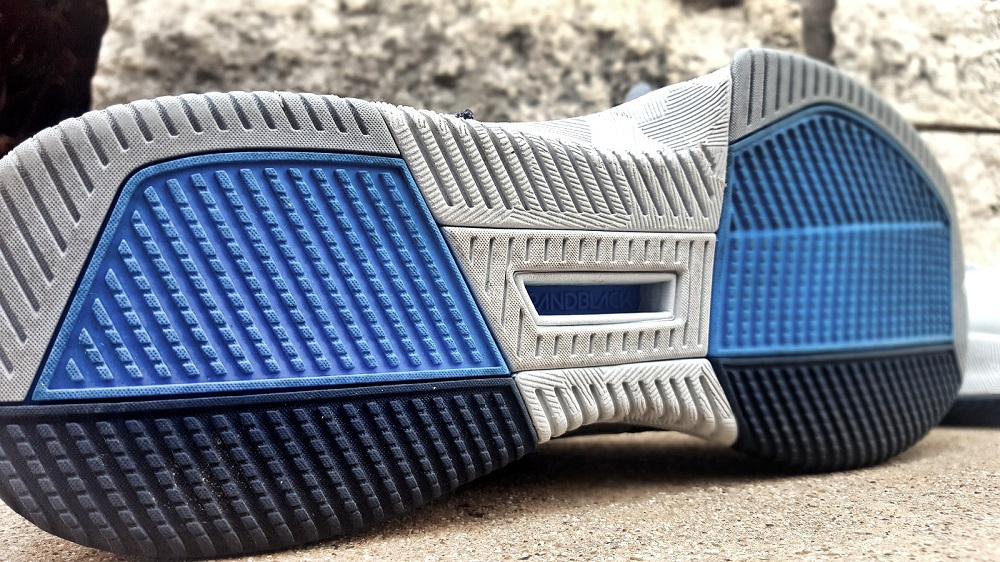 TRACTION – The one area on the Rare Metal that is a little, well, not as good as it should be, is the traction. Not that it is bad, it just doesn’t bite the floor; it is more of a smooth, ease into a stop than grab the floor and change direction on a dime. On clean floors, you are great, but the rubber seems harder than the JC2 and JC3 so the blades don’t “wipe” dust away. The channels are meant to be like a cleat but they end up being an unneeded addition. Again, the traction isn’t bad, it just isn’t as good as greats like the Jordan XX8, Rose 7, and Curry 2 (or even the J. Crossover 2). If you don’t mind constant wiping, you are good. 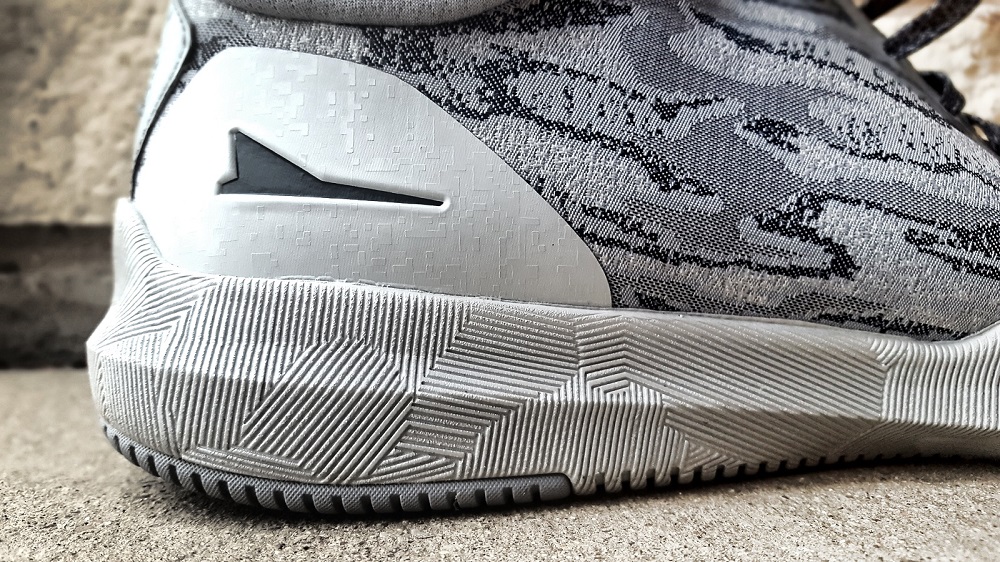 CUSHIONING – Jetlon EVL is here, and it needs to stay. The JC2 used Jetlon stabilized with Force Vector plates, mostly because the Jetlon was so bouncy and responsive it needed to be controlled. Jetlon EVL has a bouncier, livelier feeling, but is able to be slimmed down, resulting in better court feel, equal response, and because it rides lower it doesn’t need to be stabilized. This makes the heel more solid on cuts and the forefoot less likely to roll on quick lateral moves. Impact protection is high — no shocks at all and my legs felt great after playing, something that is completely necessary these days. In short: in basketball cushioning foams there is Boost, and right below that on equal level, is Bounce and Jetlon EVL. 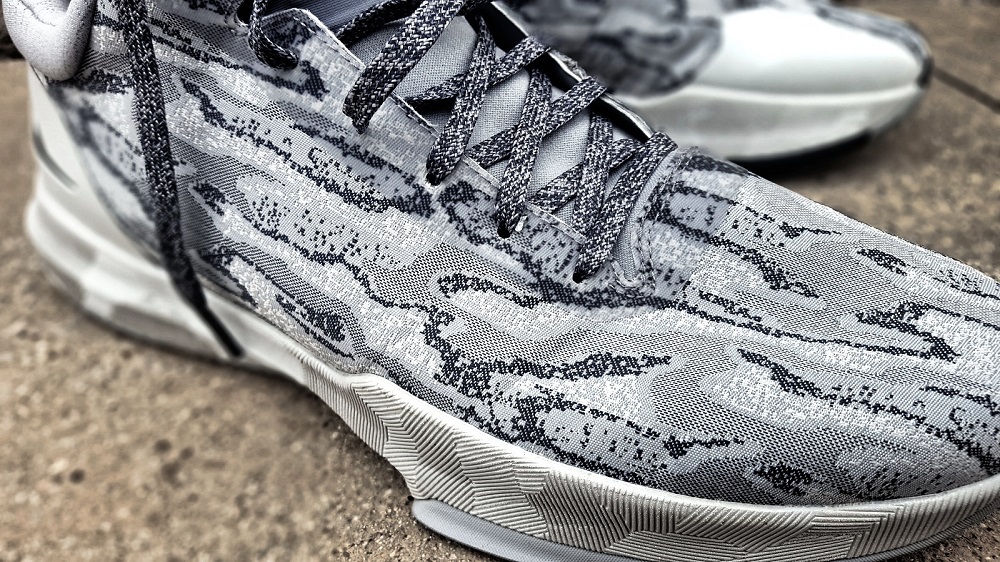 MATERIALS – One thing Brandblack has never skimped on is materials — the cutting edge upper of the J.Crossover, the top-quality leather on the Force Vector (that Vachetta tan…ooohhh), the woven upper of the JC2, ballistic mesh on the JC3, and now the Jacquard of the Rare Metal. The upper is thinner than other Jacquards but still needs a couple of games to break in perfectly. The toe area is reinforced on the medial (big toe) side for durability when toe dragging, while the heel has the same overlay on the lateral side for additional support.

The really interesting area on the Rare Metal is the interior. The ankle collar is quilted memory foam that is cut perfectly across the heel and ankle. Thus, no slipping in the heel and only minor chafing that went away after the break-in. The tongue is huge but wraps around the front of the leg and also helps with fit. Then we get the touch of luxury; the insole is lined in a synthetic material that looks and feels like suede, at least on the first few wears. After that, it wears down from playing, but while new it feels great. 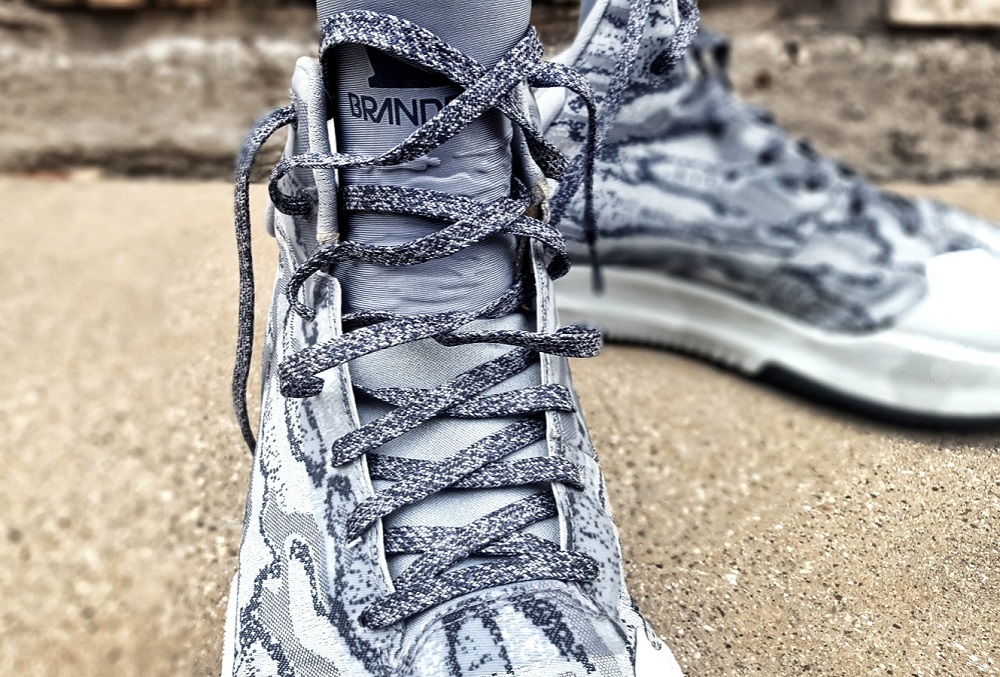 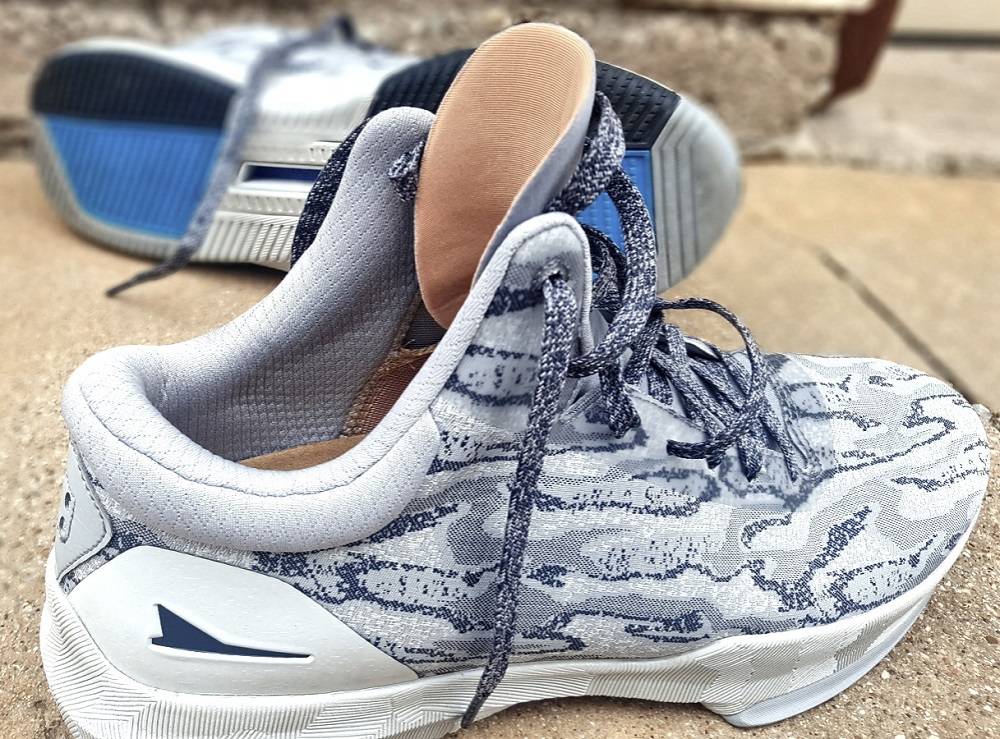 FIT – Spot on, in every way. The length is perfect. I thought about sizing half down in the Rare Metal, but the toe cut is narrow and would compress my feet. Besides, with the materials starting out a little stiff, that extra length helped with any chafing or rubbing. The midfoot is completely locked and honestly, I didn’t have to lace extremely tight to keep it that way. The cut is perfect for normal feet. The Rare Metal just folds and molds around the arch like glue.

Slip is nonexistent in the heel — nada, zip, zero. The only problem in the heel was the quilted liner needing a little wear time to stop rubbing, but only my right heel, so it’s probably my problem, not the shoe. One casual wear (sorry, couldn’t wait when I opened the box) and two games later and that problem is gone. 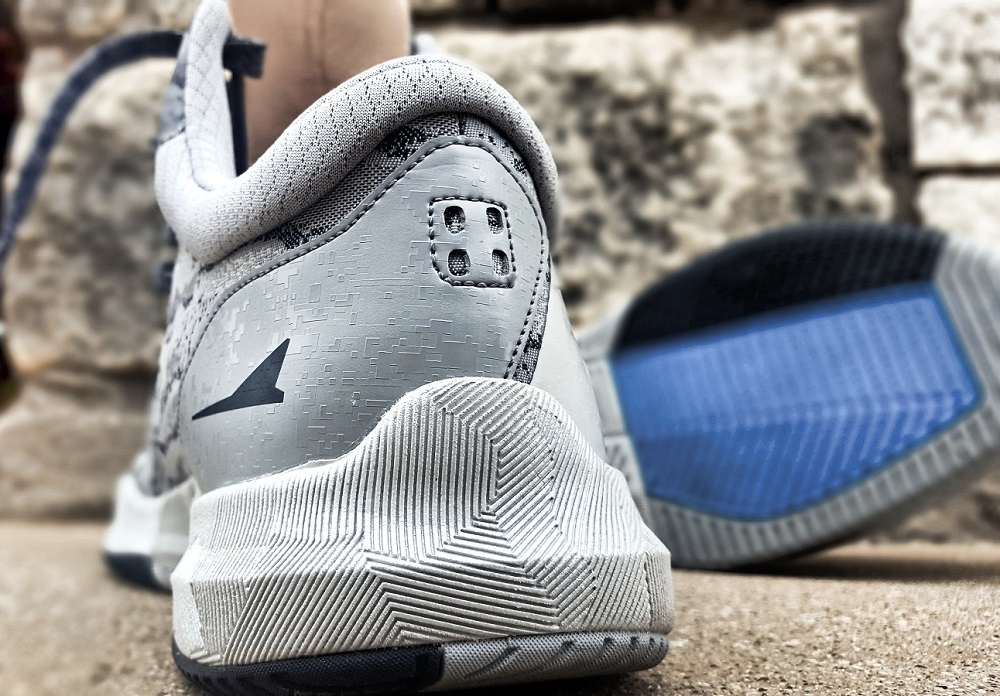 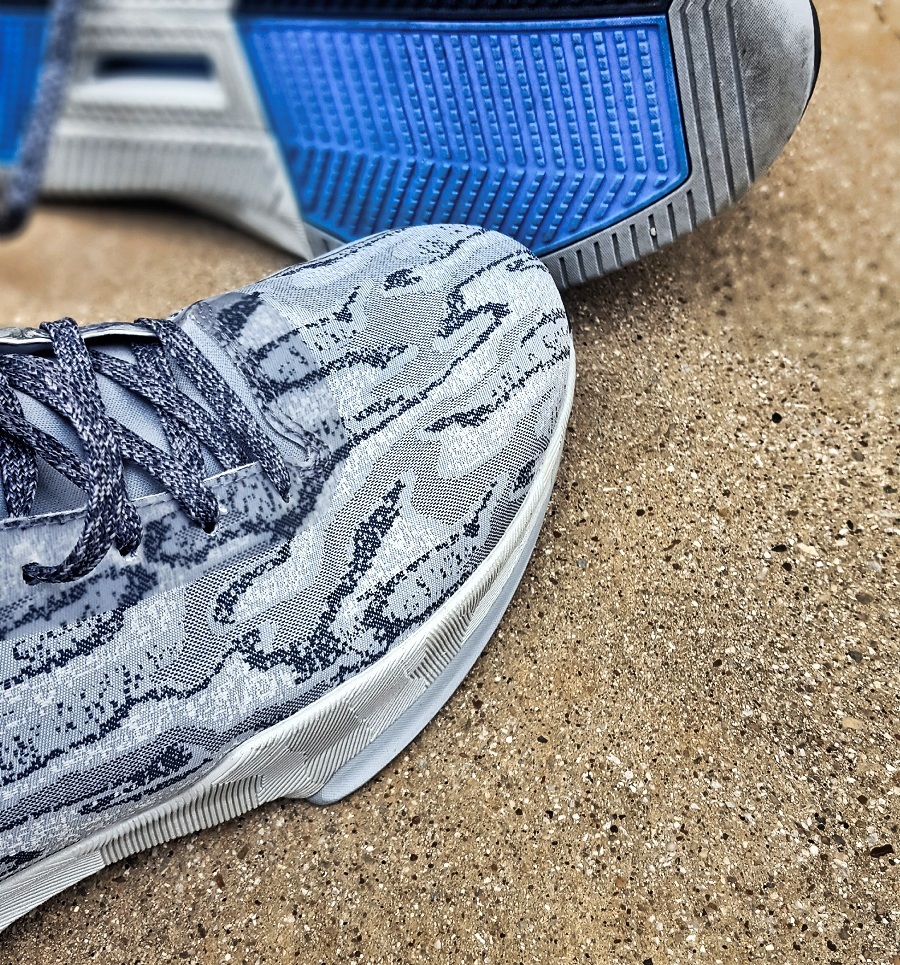 SUPPORT – A great fitting, low-riding shoe doesn’t need much in additional support features, and that is good — let the shoe design do the work without feeling bulky. The Rare Metal falls squarely in that category; it isn’t overbearing, just enough to where you don’t have to worry. The heel counter is solid but low so the lowtop cut in the back still allows for ankle mobility while the higher front cut locks the ankle and heel into the lower part of the shoe for serious clamps. That results in no movement whatsoever. The midfoot is held up by the normal Brandblack support bridge (the plastic bridge embedded in the midsole) and it keeps the foot straight without feeling clunky or slappy.

One thing some companies over-do is outriggers. If a small one is good, a huge one must be better, right? Actually, too big, and the shoe doesn’t have a natural release when moving, like the traction won’t let go of the floor. Put in the wrong place, or with too much coverage, and the shoe feels like it is pushing against the outside of the foot, causing pain in the little toes and metatarsal bones. The Rare Metal has none of these problems. The slight outrigger, placed behind the toe joints, is just enough to help keep your forefoot upright on defense or hard cuts, while the raised sidewall keeps the foot over the footbed. Solid, in a most common sense design. 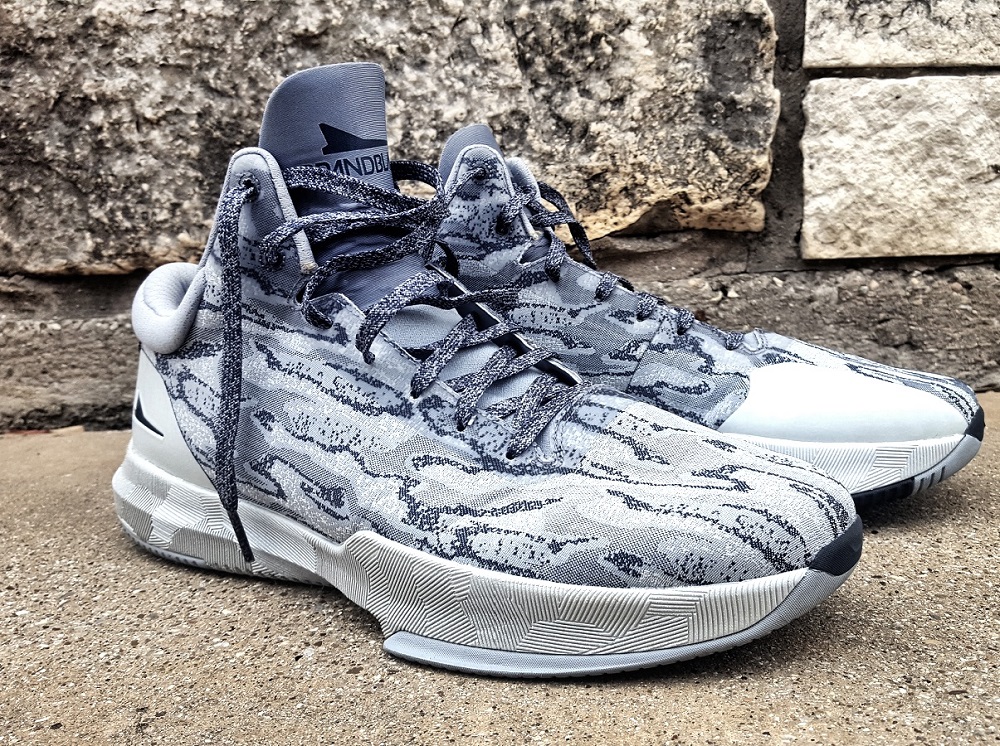 OVERALL – I don’t know why, even after five years, that I am still surprised by the performance of Brandblack shoes. When the first images come out, there are so many questions — “Will the materials hold up? Will the blades provide traction? How will the cushioning feel this year?” — and every year Brandblack out-performs signature shoes from companies that have been doing this for decades. Oh, yeah — and they look great doing it.

If you are looking for a highly cushioned, low profile and low-cut rocket for your feet, especially on clean courts, then the Rare Metal is your pick. If you play on the worst of 24 courts, or need a traction that really digs in (like the Rose 7 or Jordan XX8), keep looking. The Rare Metal is a shoe that you want to run up and down the court in; a shoe that, when on-foot, makes you feel faster, quicker, and ready. It is a BASKETBALL shoe.

Brandblack continues to push the boundaries of fashion and function, and it continues to win both battles — something completely rare these days. 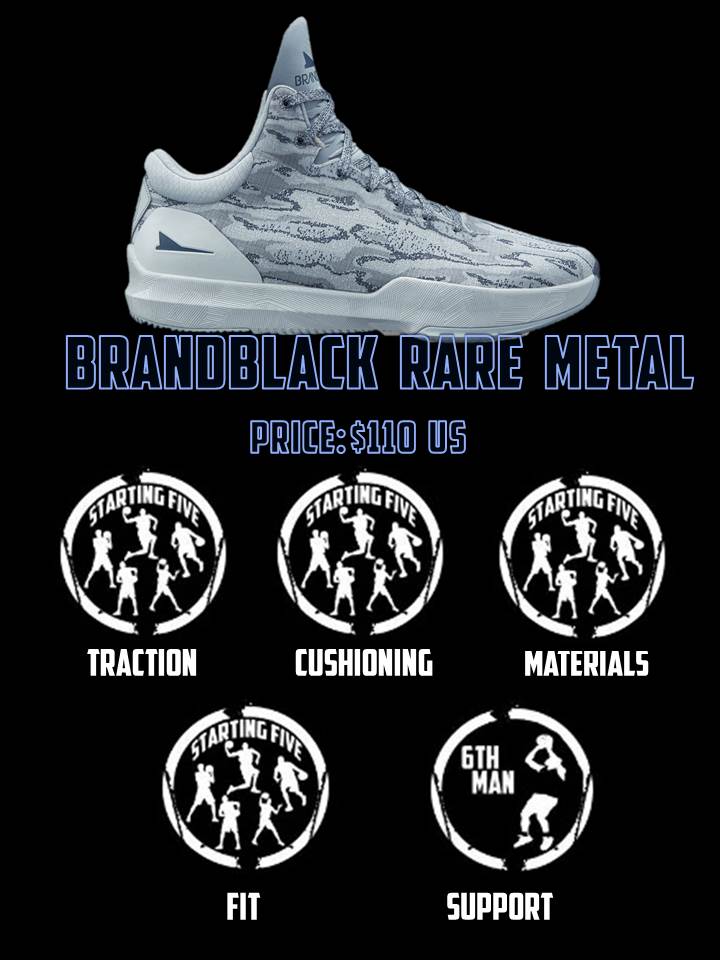 You can pick up the Brandblack Rare Metal in four colorways at Brandblack.com for $111.