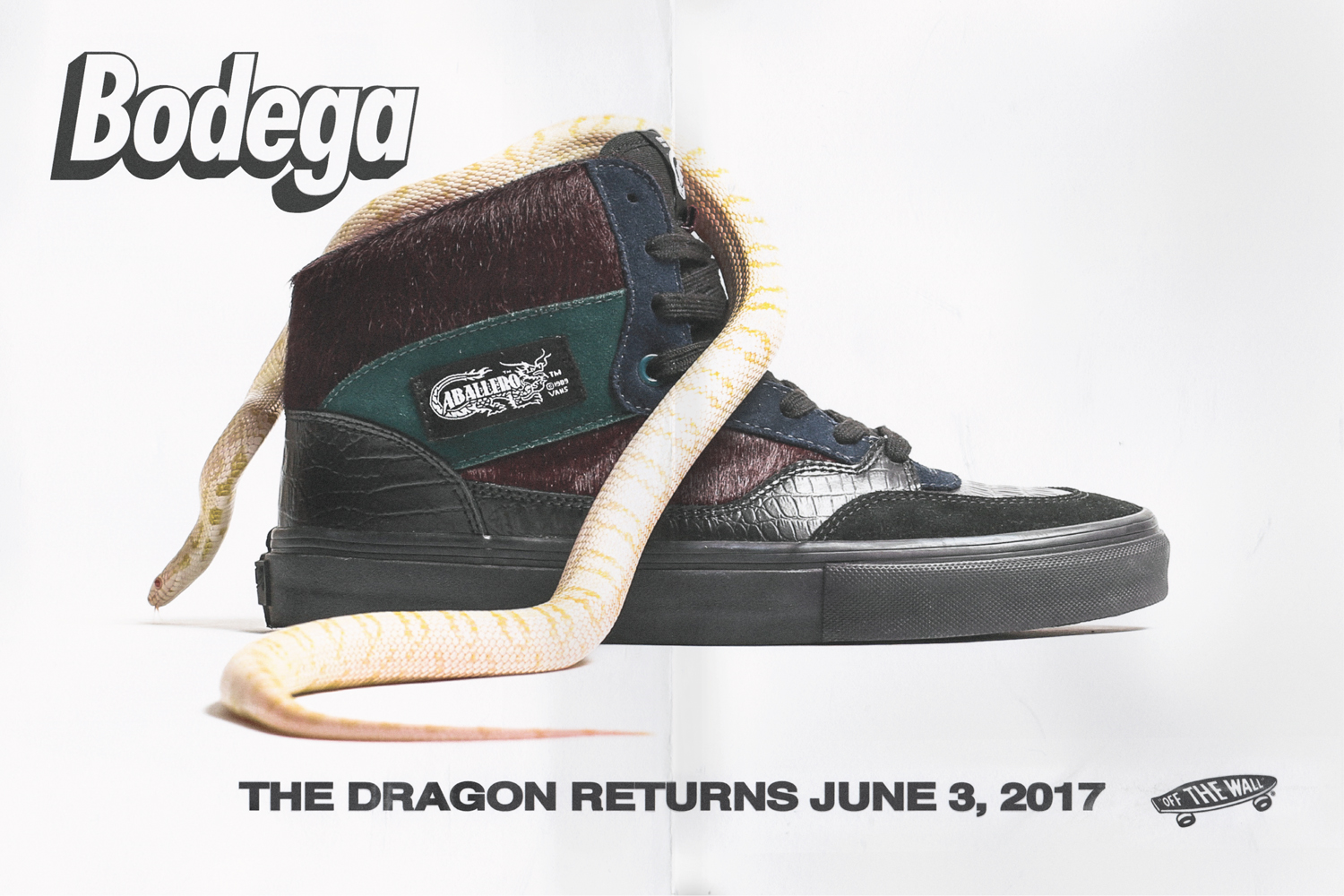 Boston’s Bodega is the first-ever collaborator on the Full Cab, the signature skate shoe of the “Skater of the Century” Steve Caballero.

This latest project from Bodega celebrates the dragon, the greatest sign of celestial favor, and the hóngbāo, a red envelope containing a monetary gift that is traditionally given during Chinese New Year and special occasions.

“龙: Readers of Western fairy tales may harbor images of the dragon as a fire-breathing scourge of simple village folk, but in Chinese culture, there isn’t a single greater sign of celestial favor to be found than the dragon.” — Bodega

Here, the Vans Full Cab and Half-Cab don reptilian scales to honor Caballero, a flying dragon in his own right (he set the long-standing record for the highest air achieved on a halfpipe and invented variations for vertical skating).

The footwear will launch alongside Chinese restaurant-themed apparel in red and gold. Bodega take-out containers further the theme.

Because part of getting good fortune is giving good fortune, the hóngbāo included with very pair of shoes contain best wishes for everyone. Additionally, a few lucky customers will get an “extra windfall” of good fortune (there has been no word on what exactly that is). 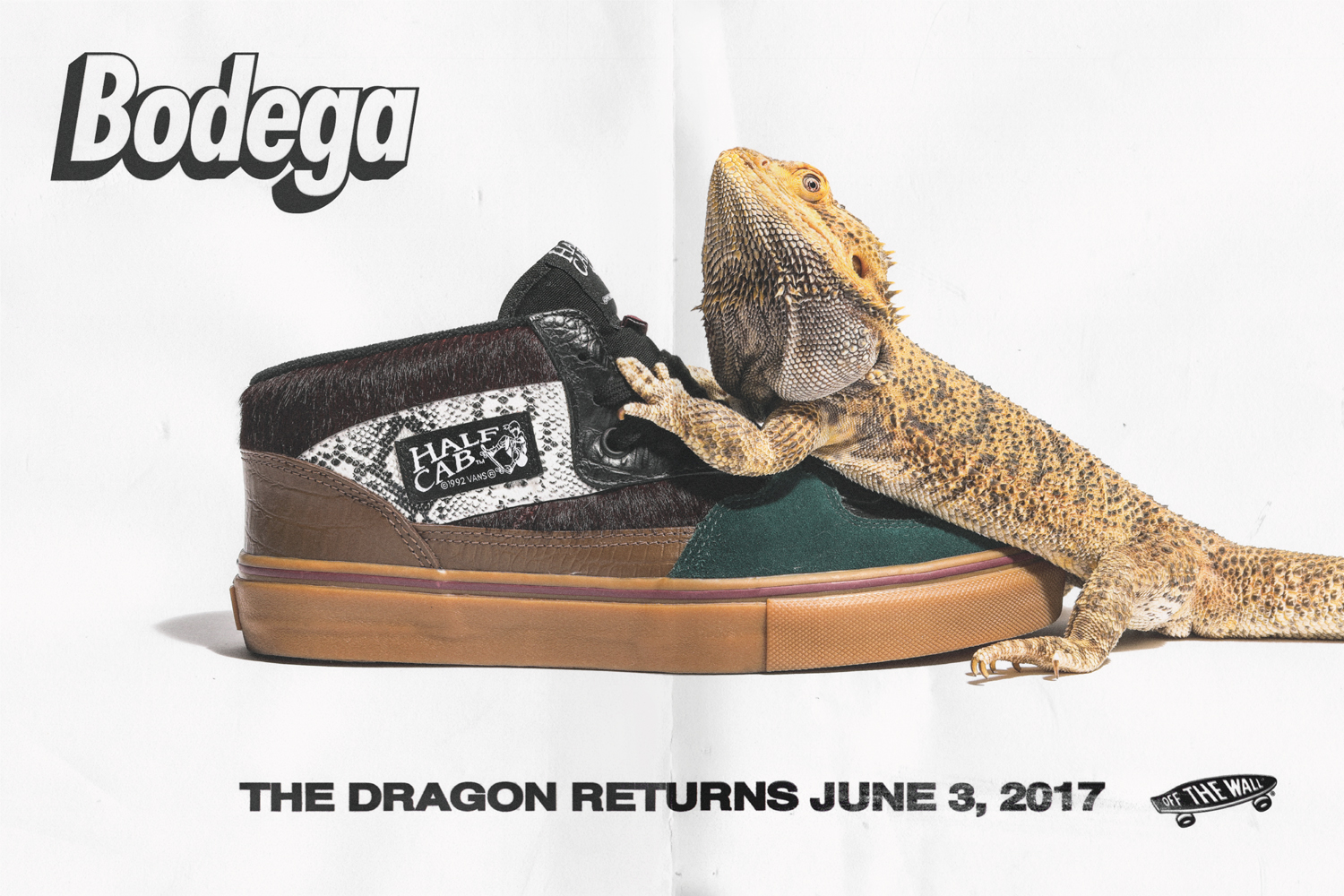 The Bodega x Vans Vault ‘Return of the Dragon’ Pack releases on Saturday, June 3. It will be available exclusively through Bodega at 11am EST both in-store and online. The Full Cab builds will retail for $155, the Half-Cabs for $120. To learn more about this project, click here.

Thoughts on this celebratory pack from Bodega (which will soon open a store in Los Angeles)? Share your thoughts below.

“幸运 : Circumstances are not always in your control. It may be a fact of life, but that doesn’t make it any easier to swallow. Uncertainty, especially in the cosmic sense of the word can be crippling. That’s why, for millennia, people have appealed to the unseen forces of fortune.” — Bodega 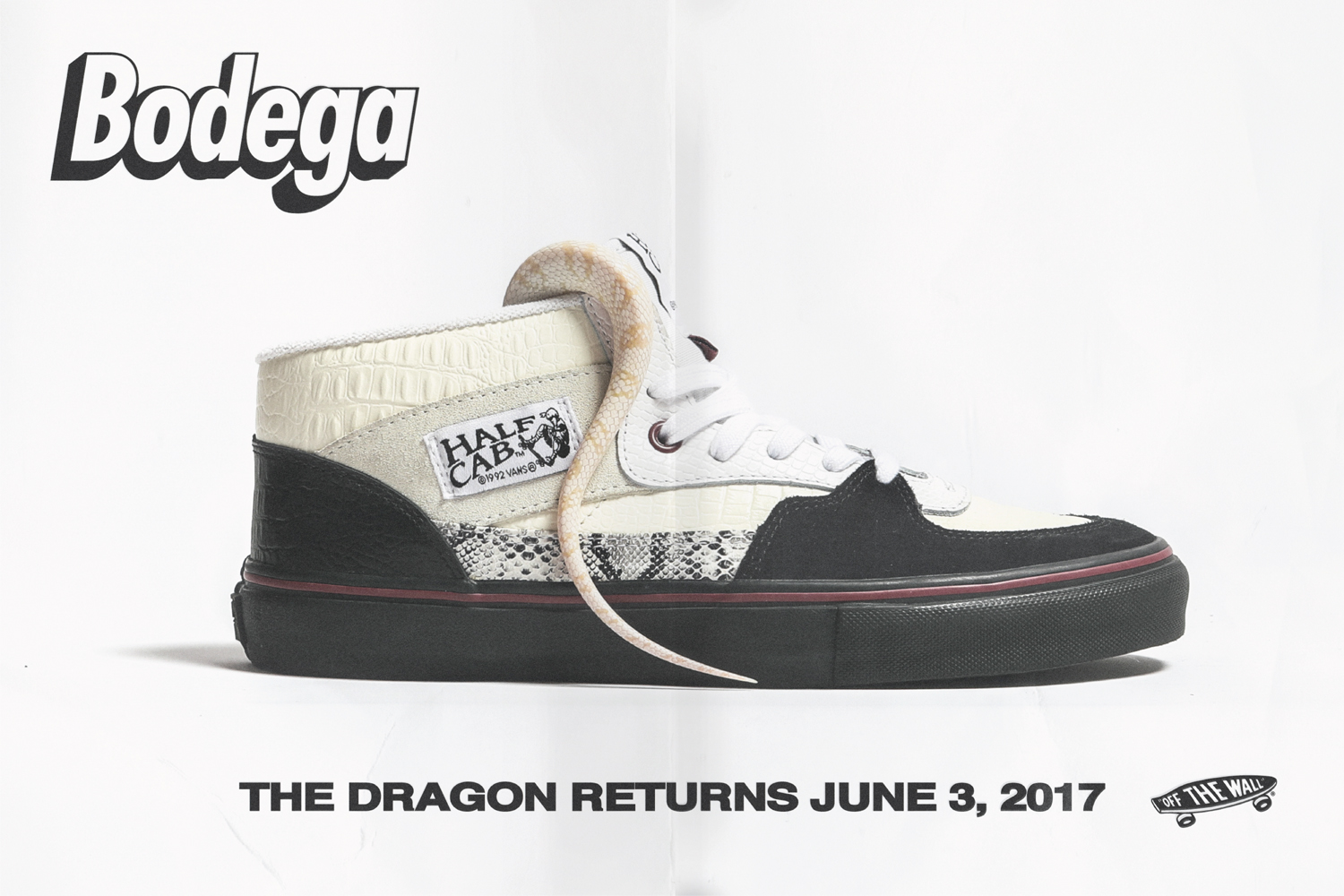 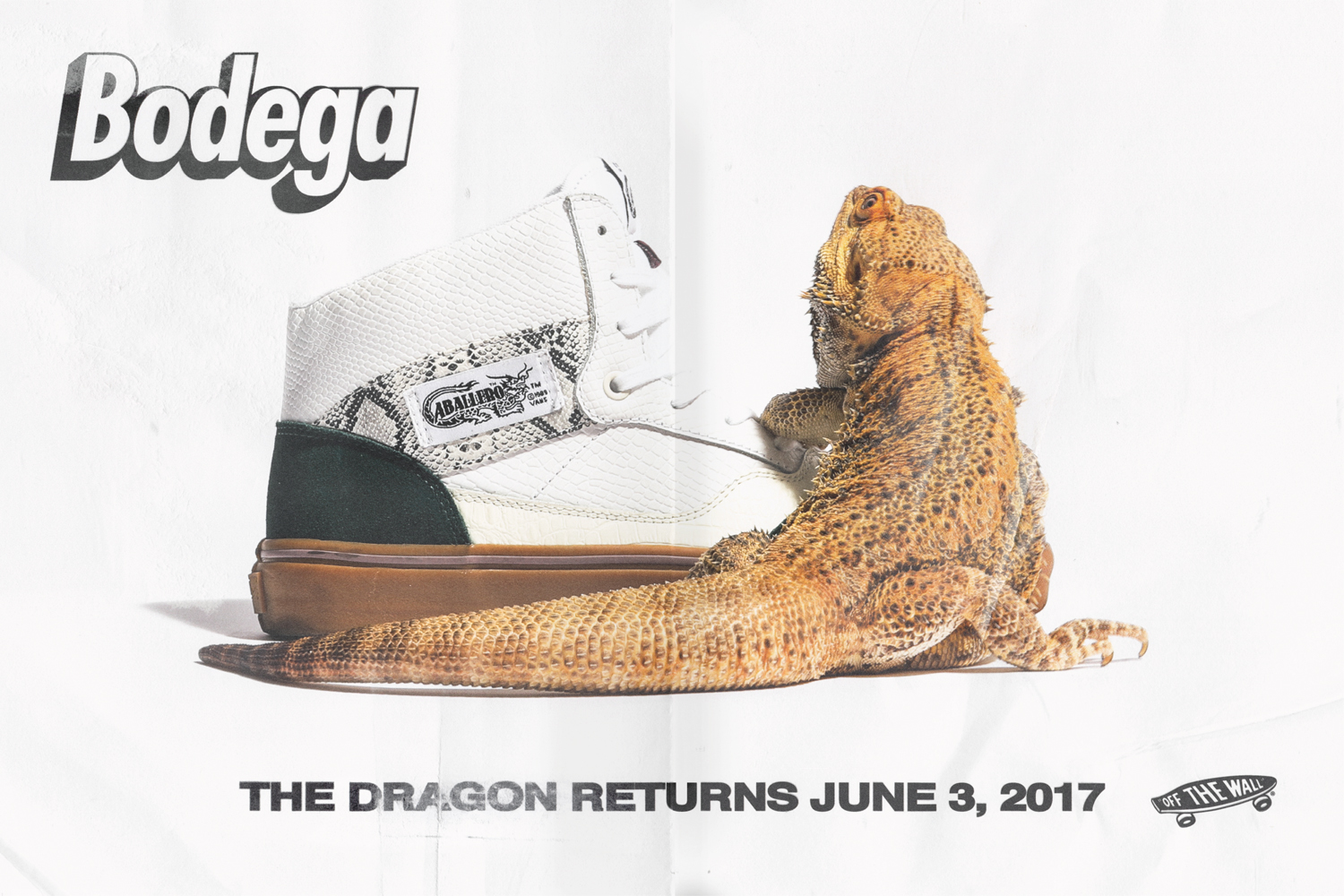 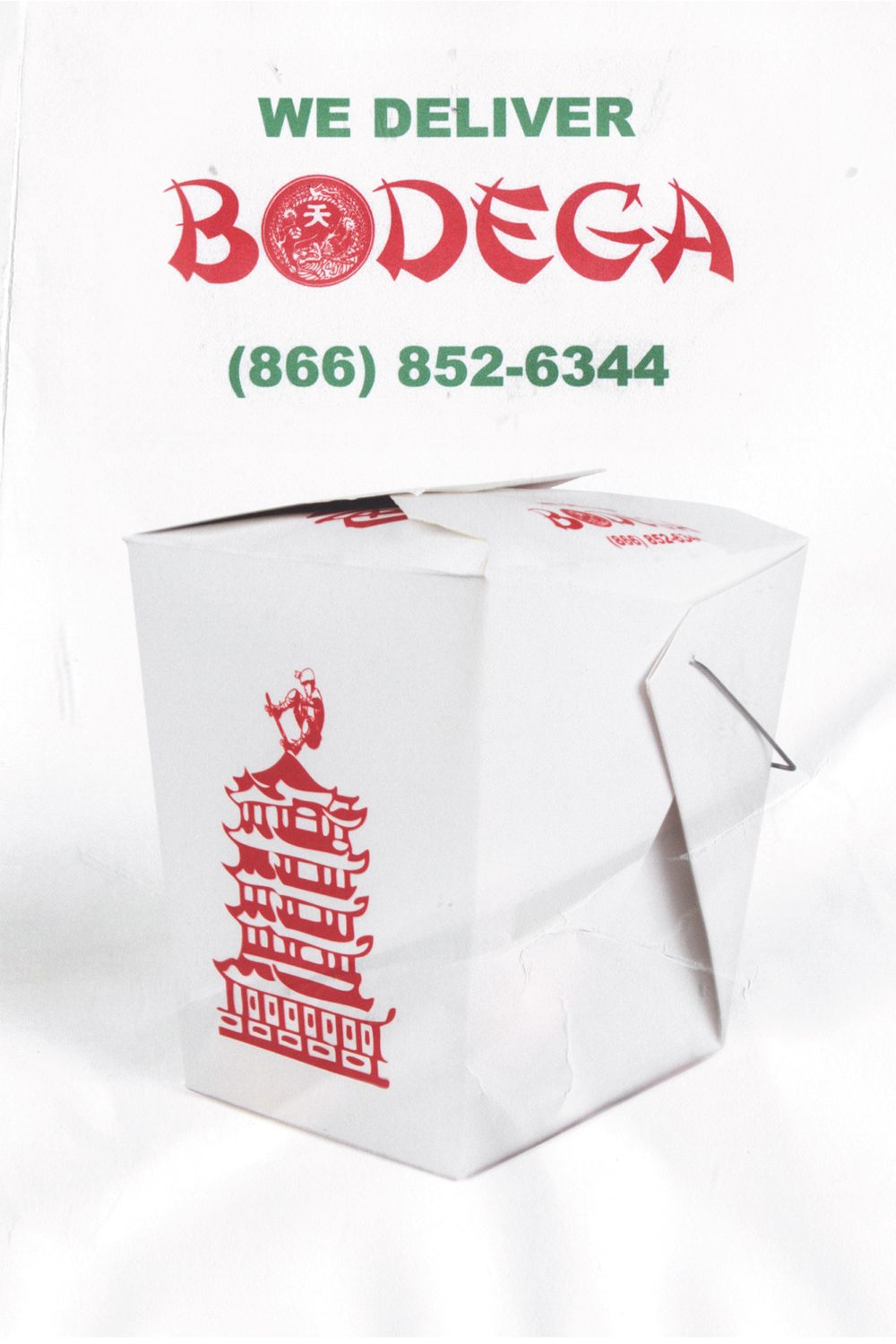 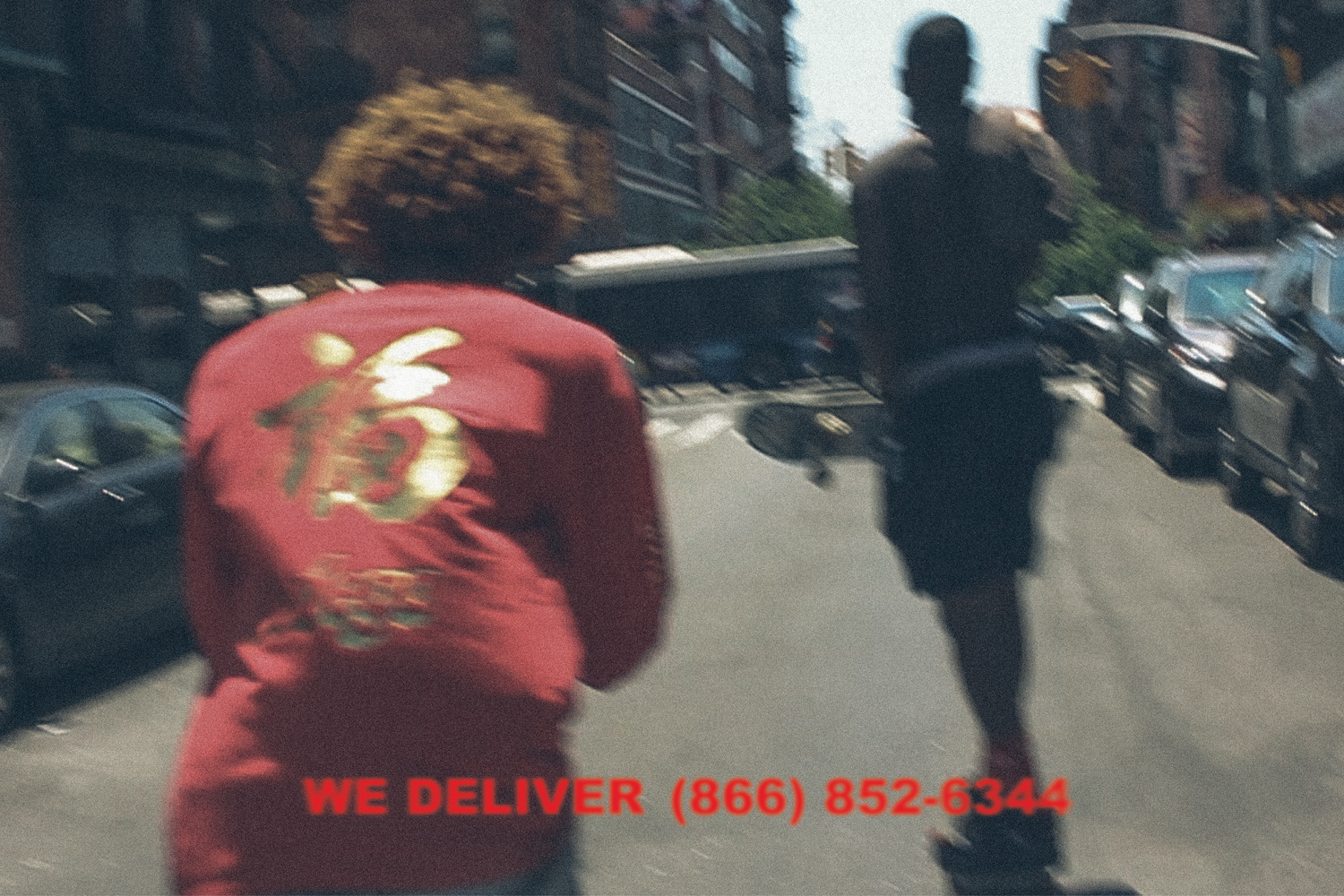 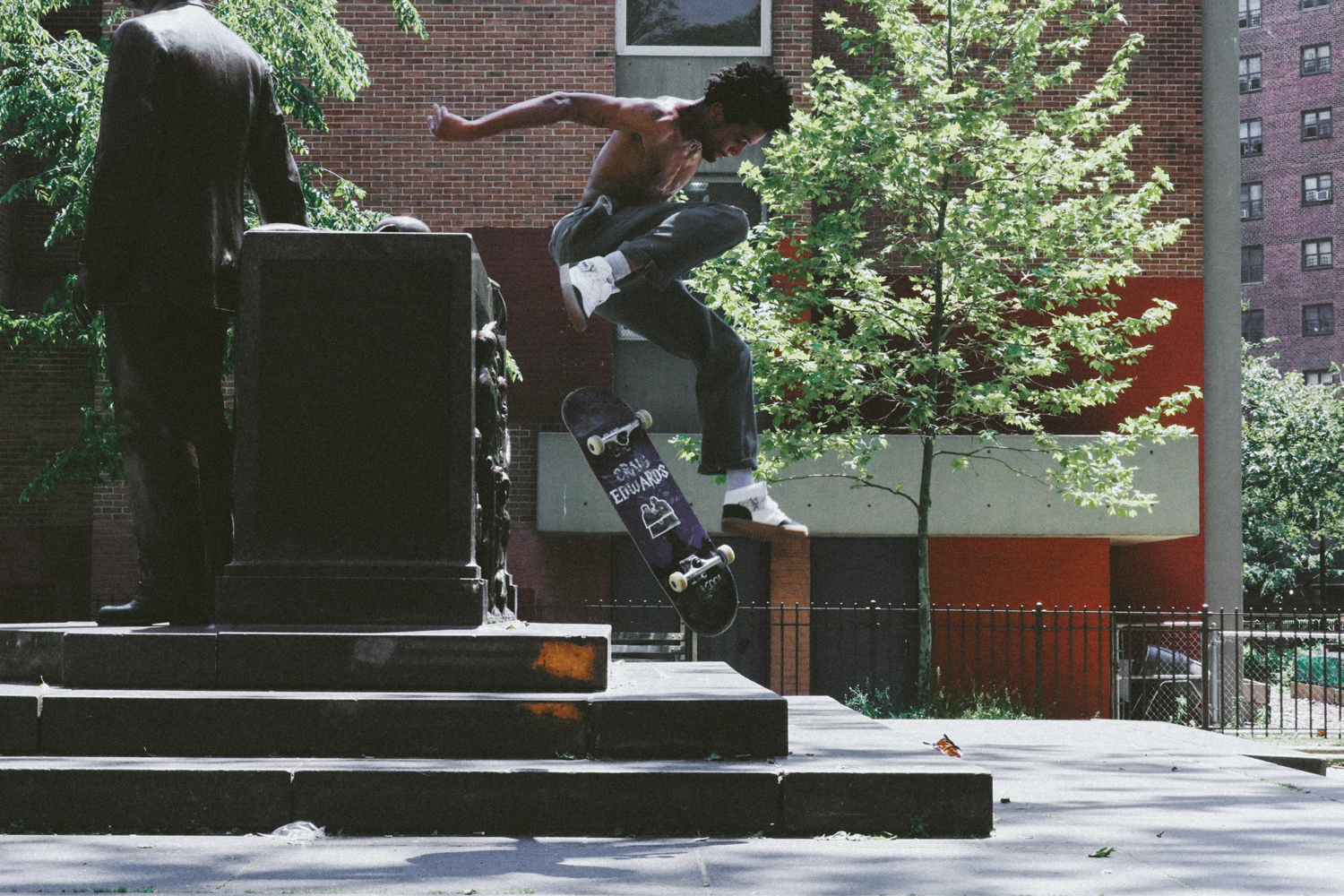 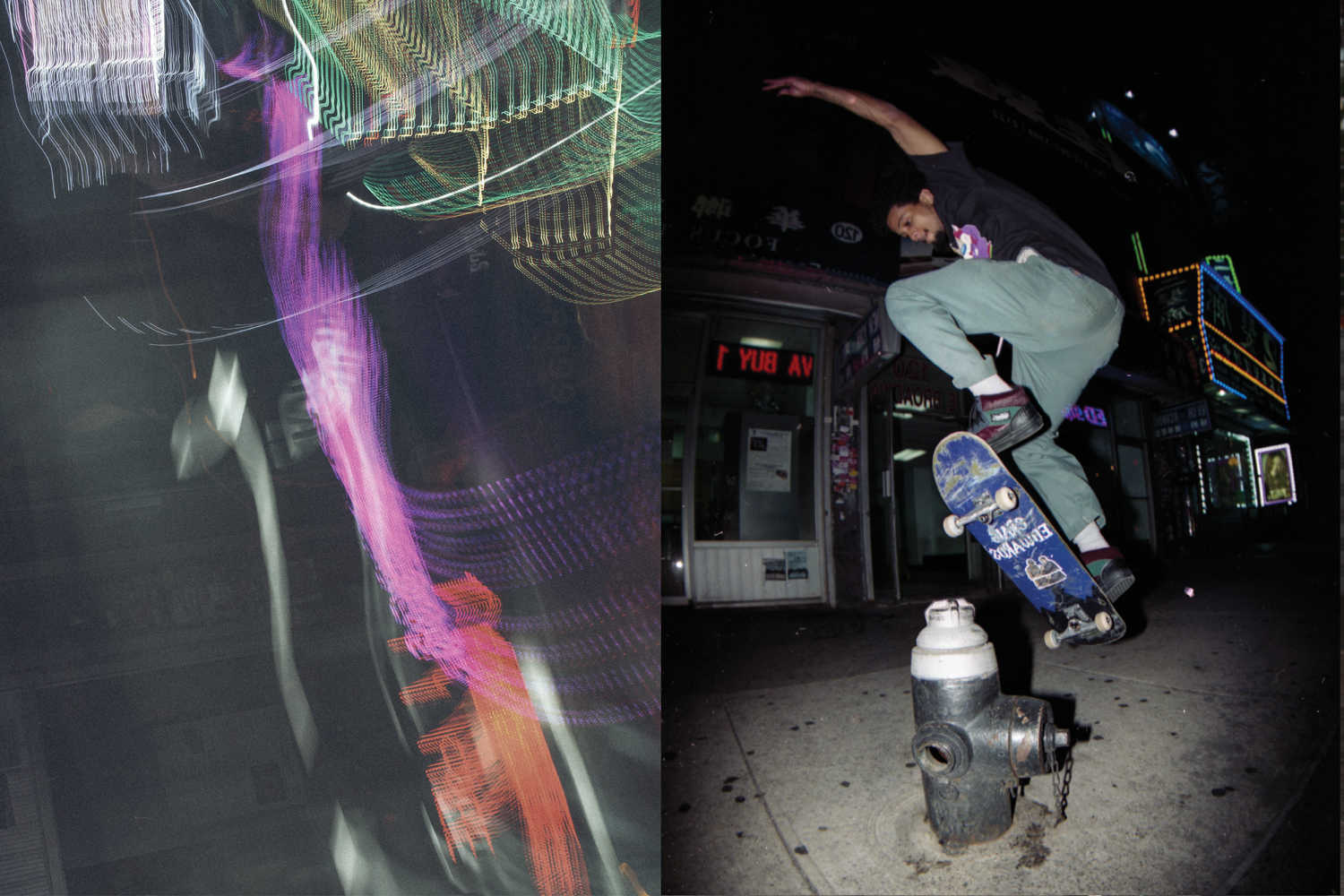 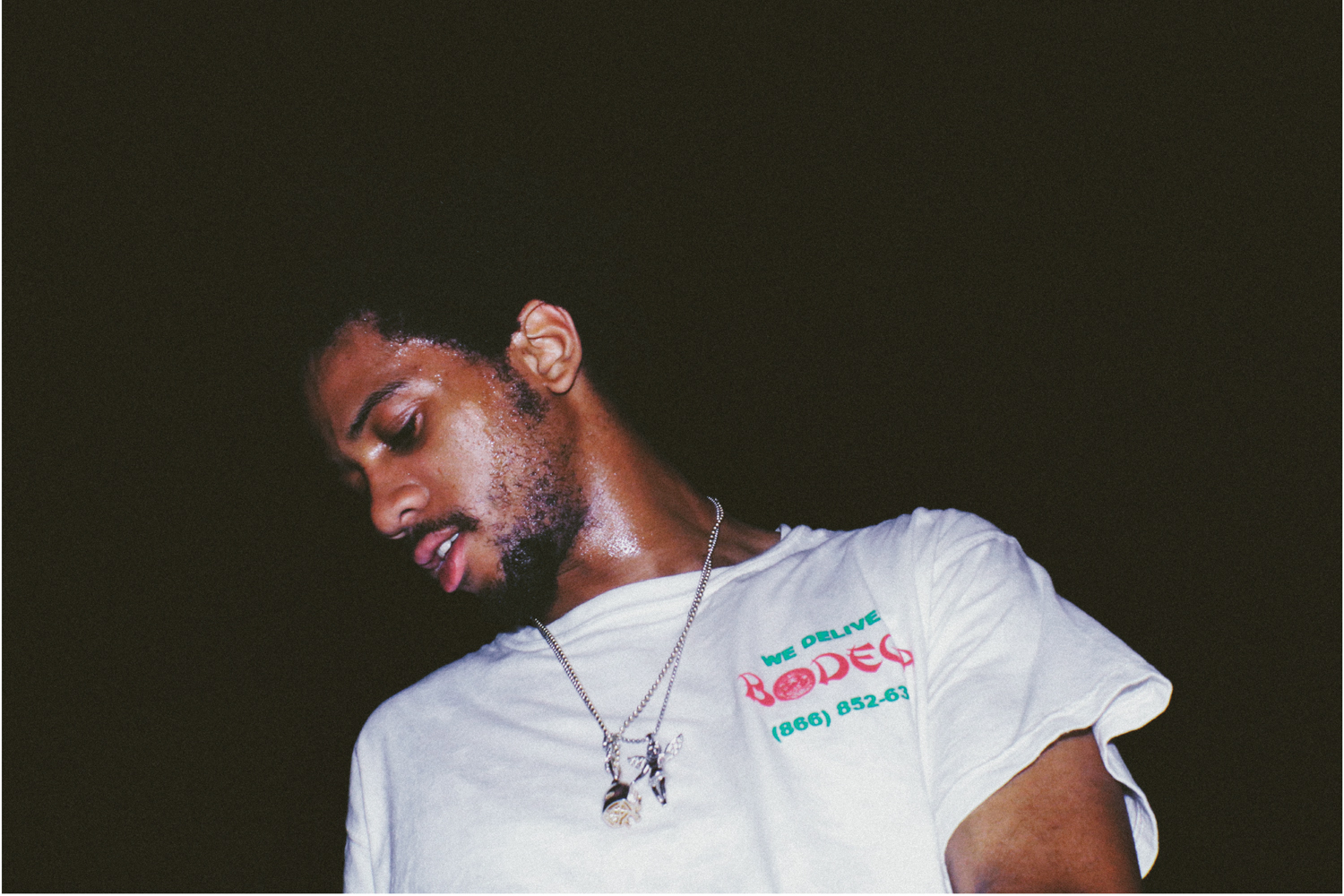 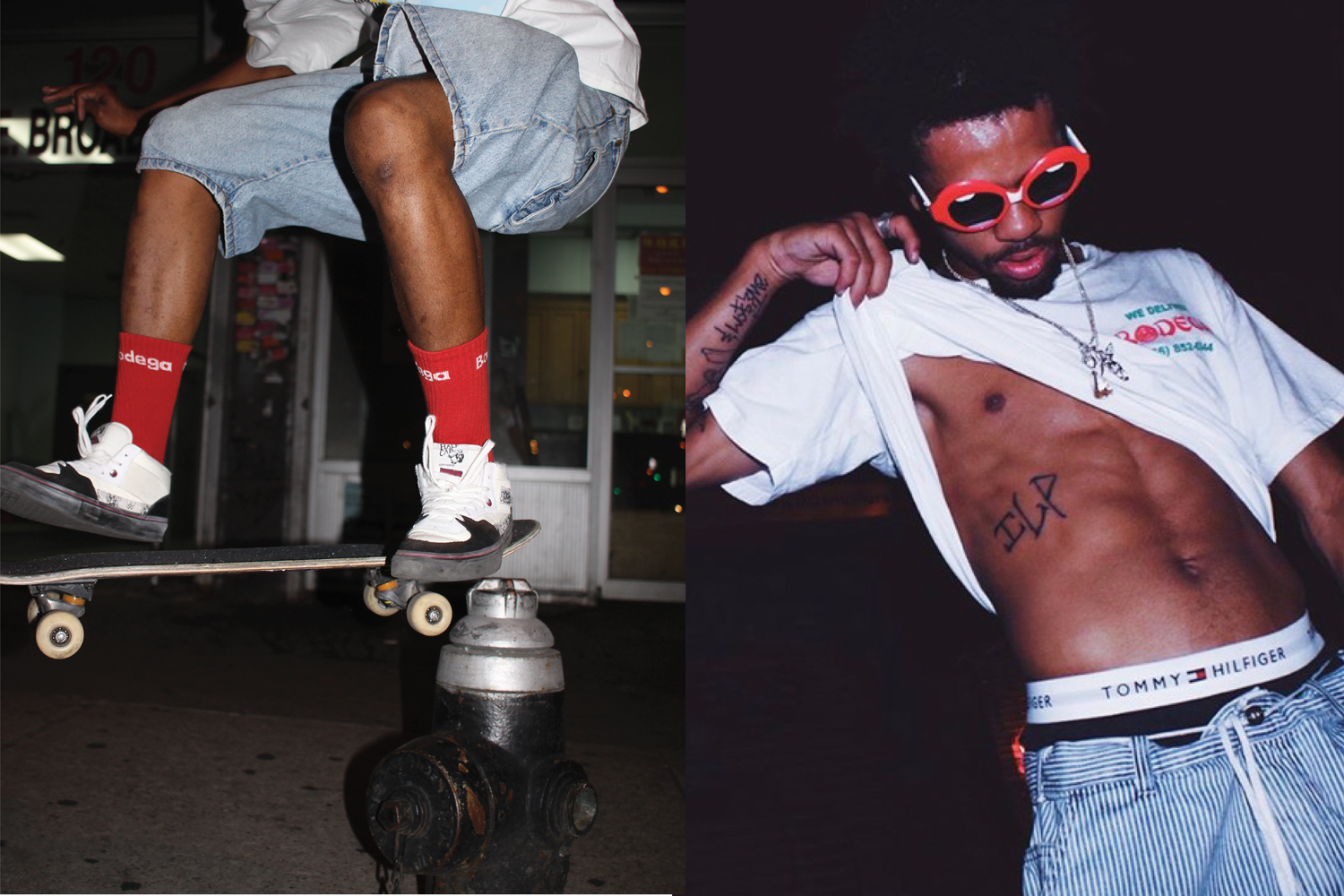 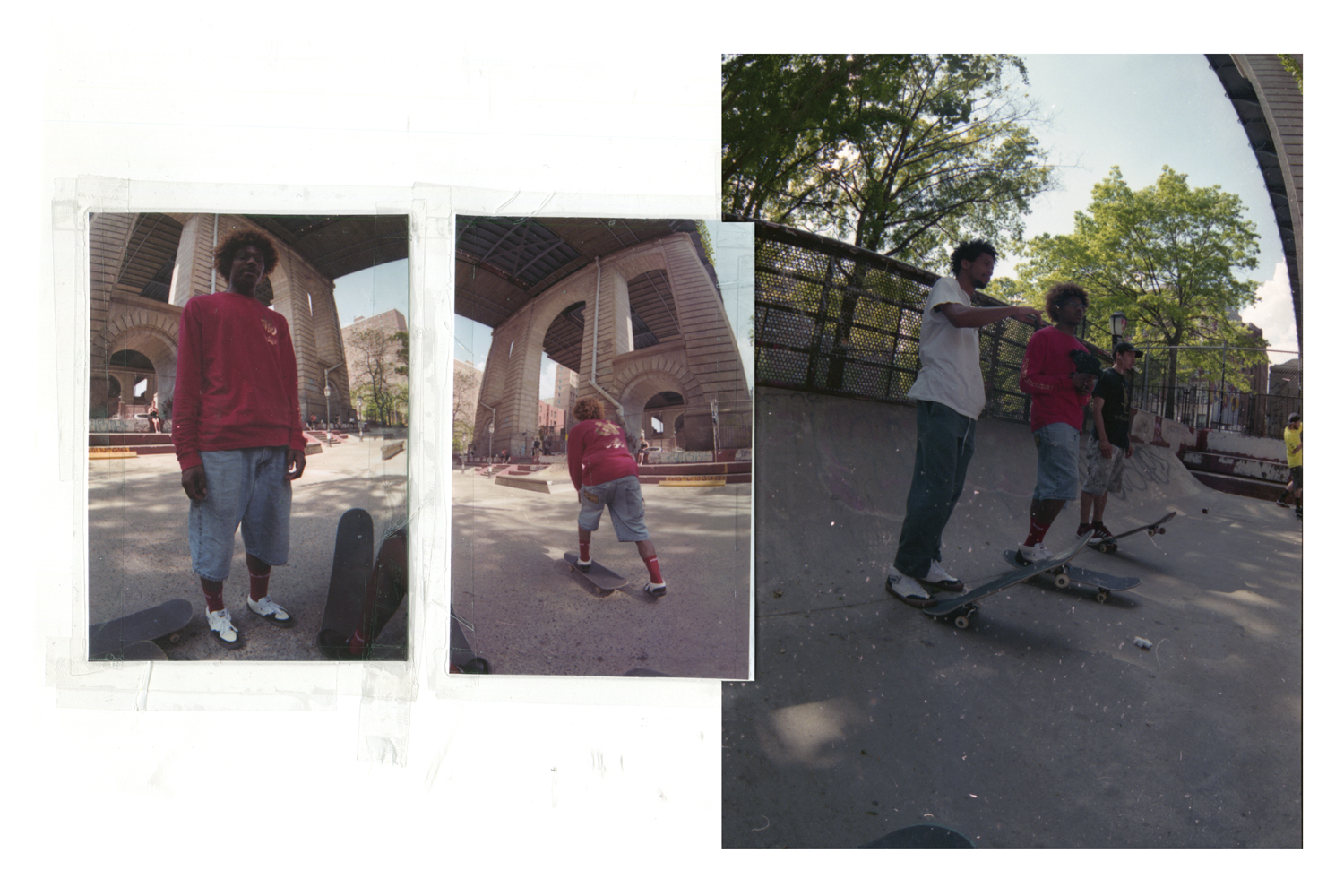 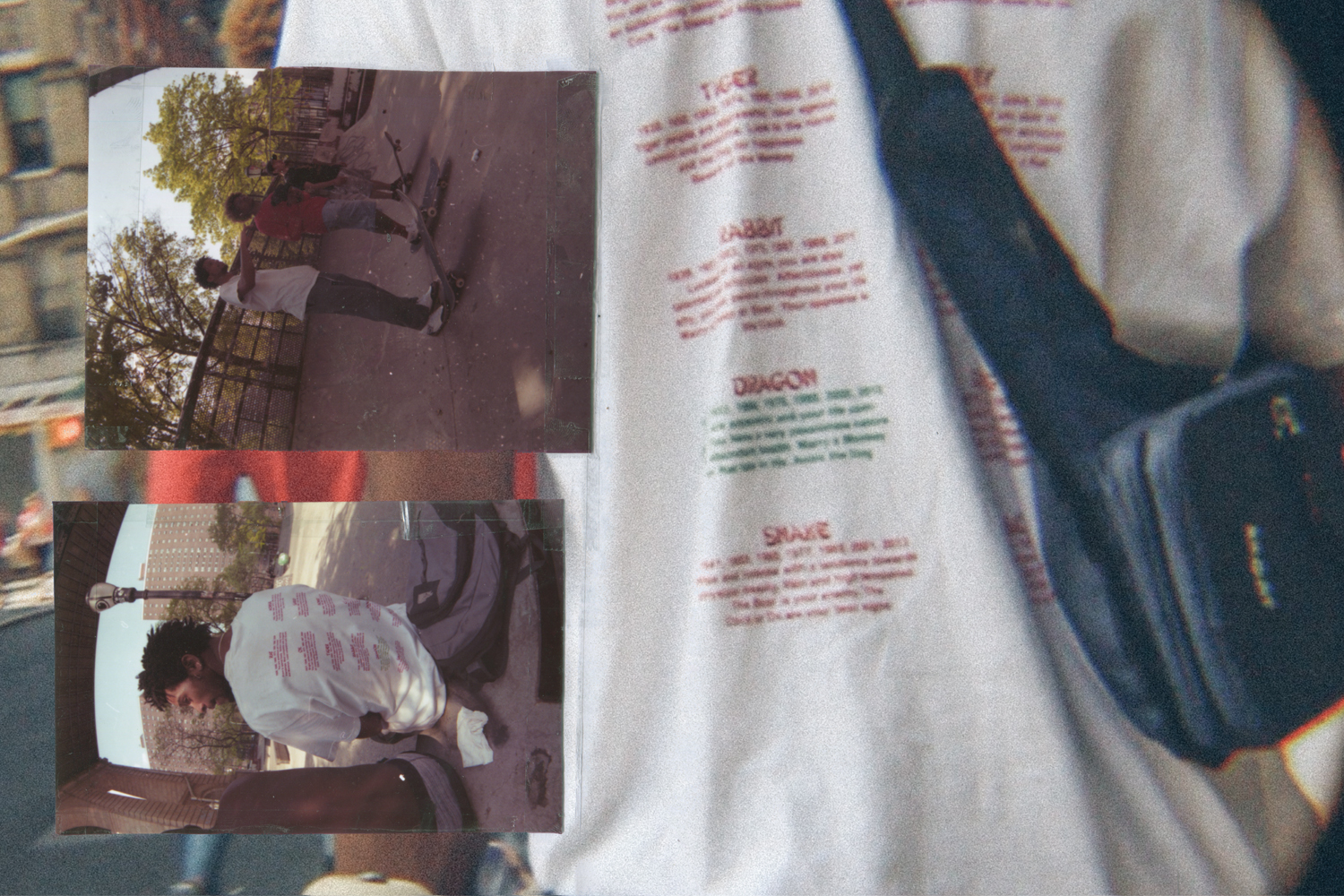