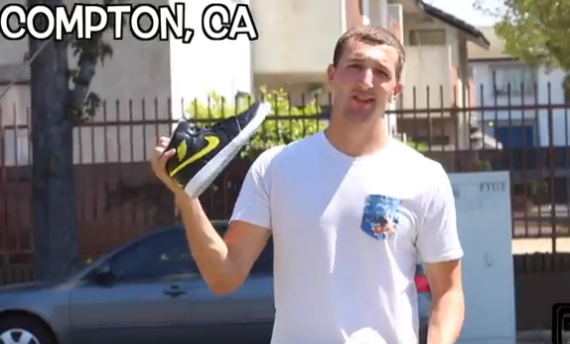 Many have seen the “prank” video in which the prankster steps on people’s Jordans. While I’m not going to get into personal thoughts on that video, one YouTube prankster decided to give back to those who might not be able to afford Jordan Retros in response of it.

Dawson Durley (BigDawsTv) went to Compton, California and bought 6 pairs of Jordans to give away. He also included a gift receipt in case the people who received the shoes needed to exchange them for sizing reasons, or if they just wanted a different colorway. He claims that he didn’t like how that prank video portrayed the black/sneakerhead community, so doing this would be something to “make up for it”. Really cool of him.

This is one of the cooler things I’ve seen on YouTube, and it really puts things into perspective. Sometimes we take what we have for granted, and to see these people have genuinely grateful reactions for what Durley gives them is just so awesome. This isn’t the first time he gives things away to people, he’s done multiple videos in which he gives people things.  Go subscribe to him here and watch some of his other videos.