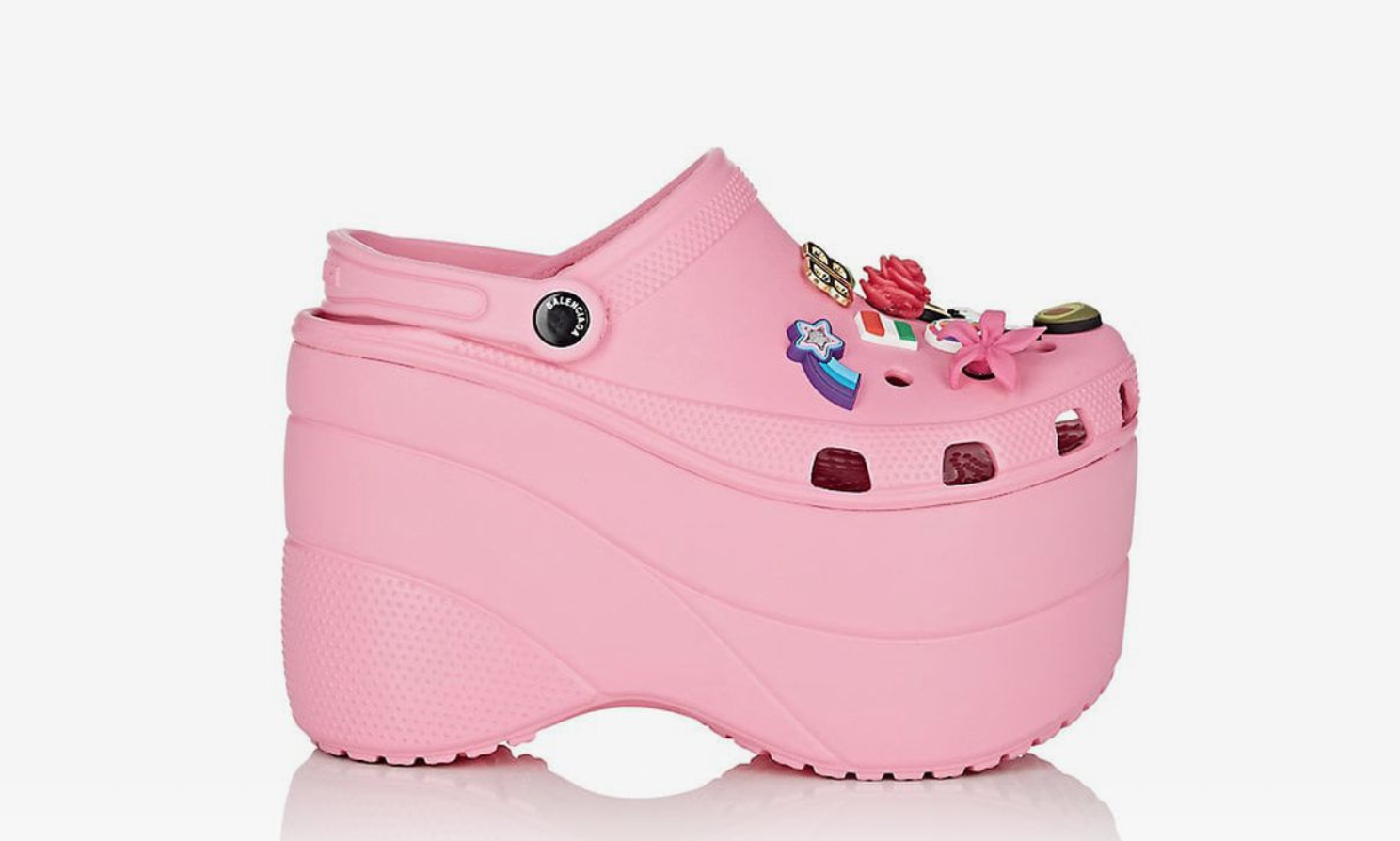 High end fashion brand Balenciaga — which has begun making its goods in China instead of Italy — and Crocs have officially announced their collaboration with the Platform Crocs. It is all kinds of absurd.

Ever since its debut on the runway in Paris Fashion Week, Balenciaga’s Platform Crocs caught the eyes of many. With bold designs to the flamboyant decorations, Balenciaga’s collaboration with Crocs appears to be the highest level of troll; the Internets believe the collaboration to either be cutting edge or completely ludicrous.

The Platform Crocs will come in a tan and a pink colorway while donning a plethora of pins on the shoe’s surface. Unlike the traditional Crocs, this version will feature a 10-inch midsole with Balenciaga’s branding.

With a retail price of $850, the shoe has already sold out in its pre-order period (duh) at retailers like Barney’s New York.

Let us know what you think about the Balenciaga’s Platform Crocs in the comment section below. 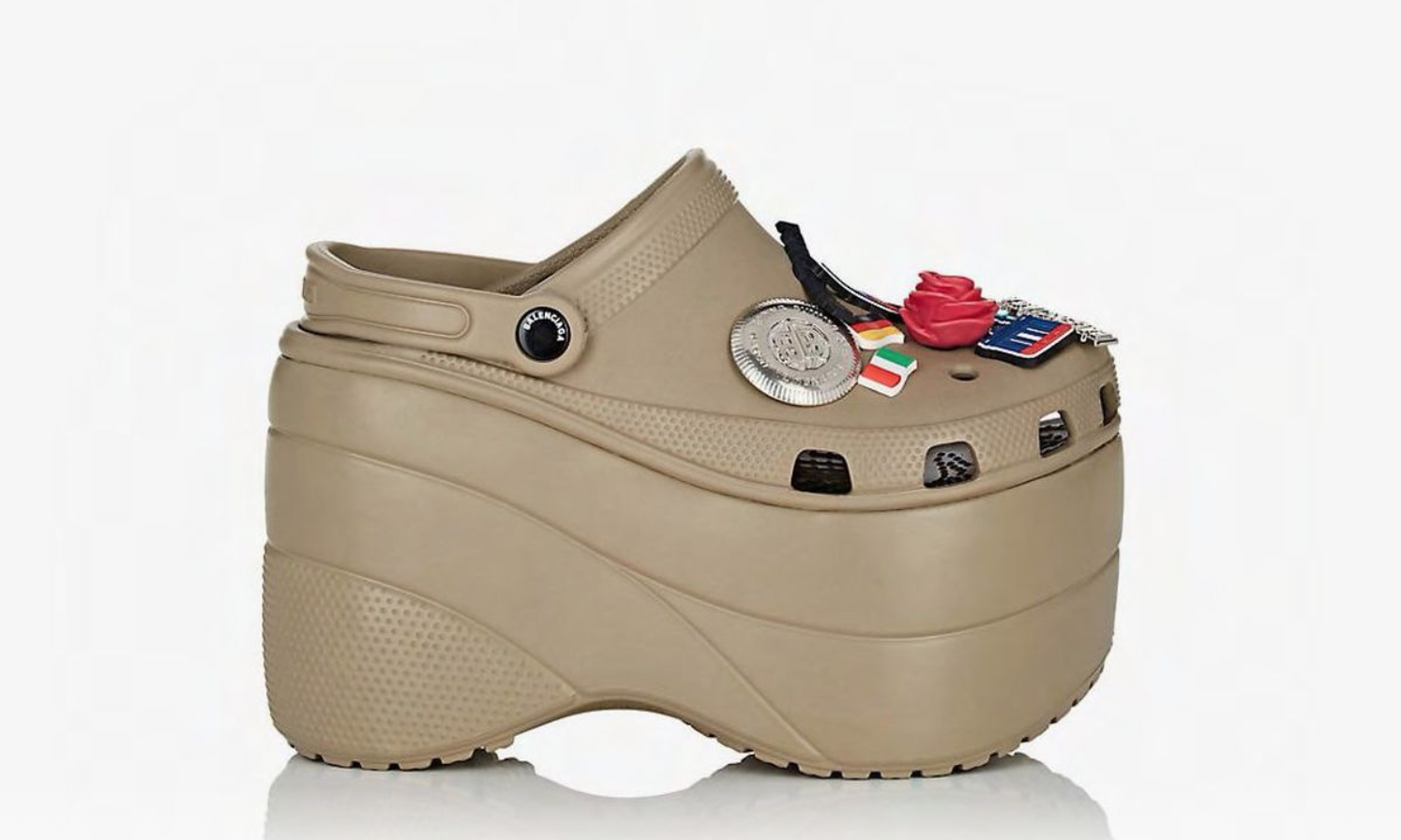