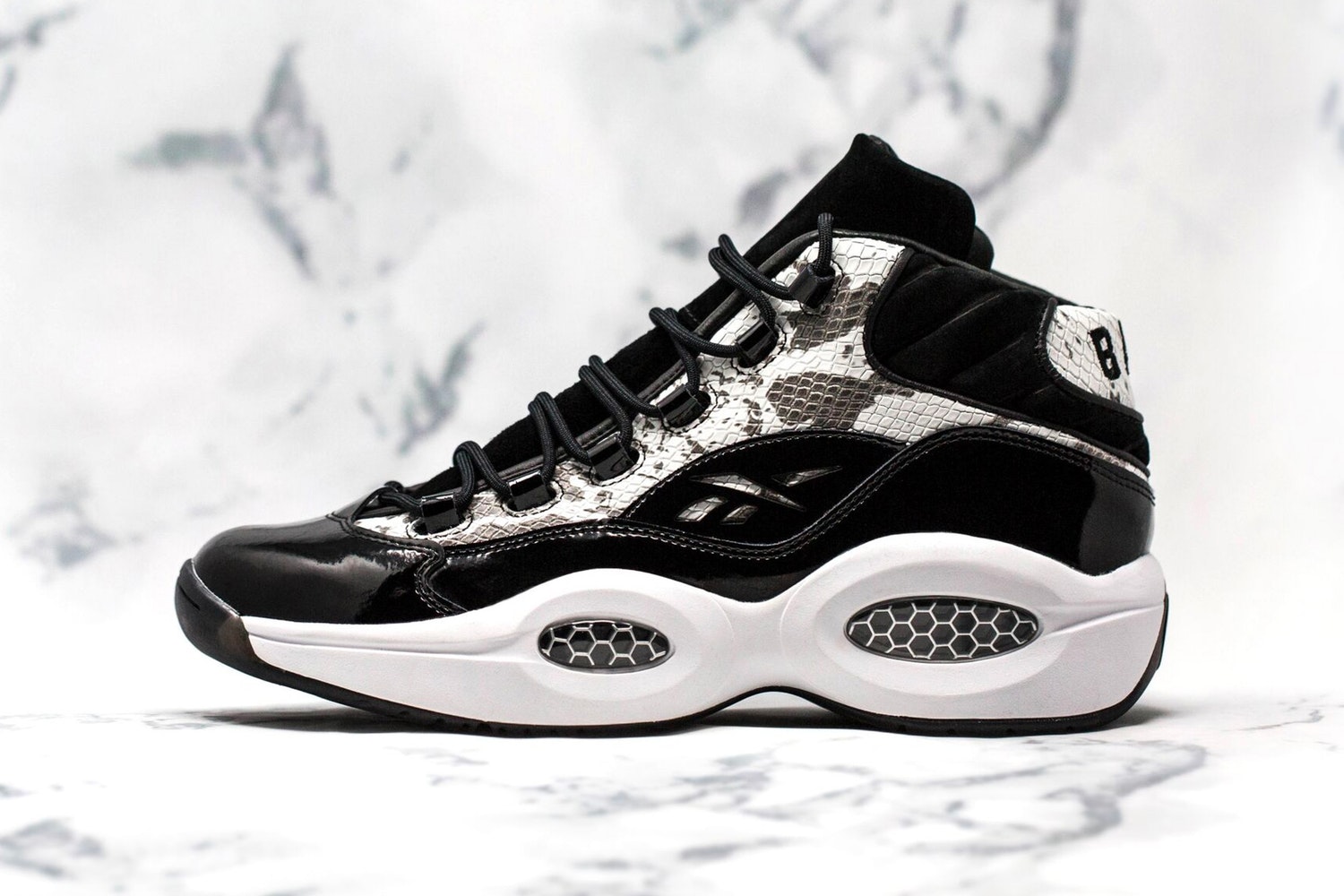 For the 2018 All-Star Game, BAIT has gone into its archives and pulled out its original BAIT x Reebok Question ‘Snake’ from 2013. Like the original, the ‘Snake 2.0’ flaunts a patent leather mudguard and forefoot, suede at the heels, and snakeskin midfoot panels.

The usual Question asymmetrical tongue has been replaced by a thick suede number that highlights the shoe’s premium leather interiors, an upgrade from the original. The ‘Snake 2.0’ rides atop a white midsole with metallic silver Hexalite cushioning units and smoky black outsoles.

The BAIT x Reebok Question ‘Snake 2.0’ drops on February 17 for $180 (that’s the same price as the original). It is limited to just 600 pairs — that’s less than half the number released in 2013, according to Hypebeast.

The ‘Snake 2.0’ will see its first release at the BAIT x Reebok NBA All-Star Pop-Up shop in Los Angeles. To purchase from outside of LA enter BAIT’s raffle; winners will be contacted on February 20.

Let us know if you’ll be trying for the 2018 BAIT x Reebok Question ‘Snake 2.0’ in the comments below. 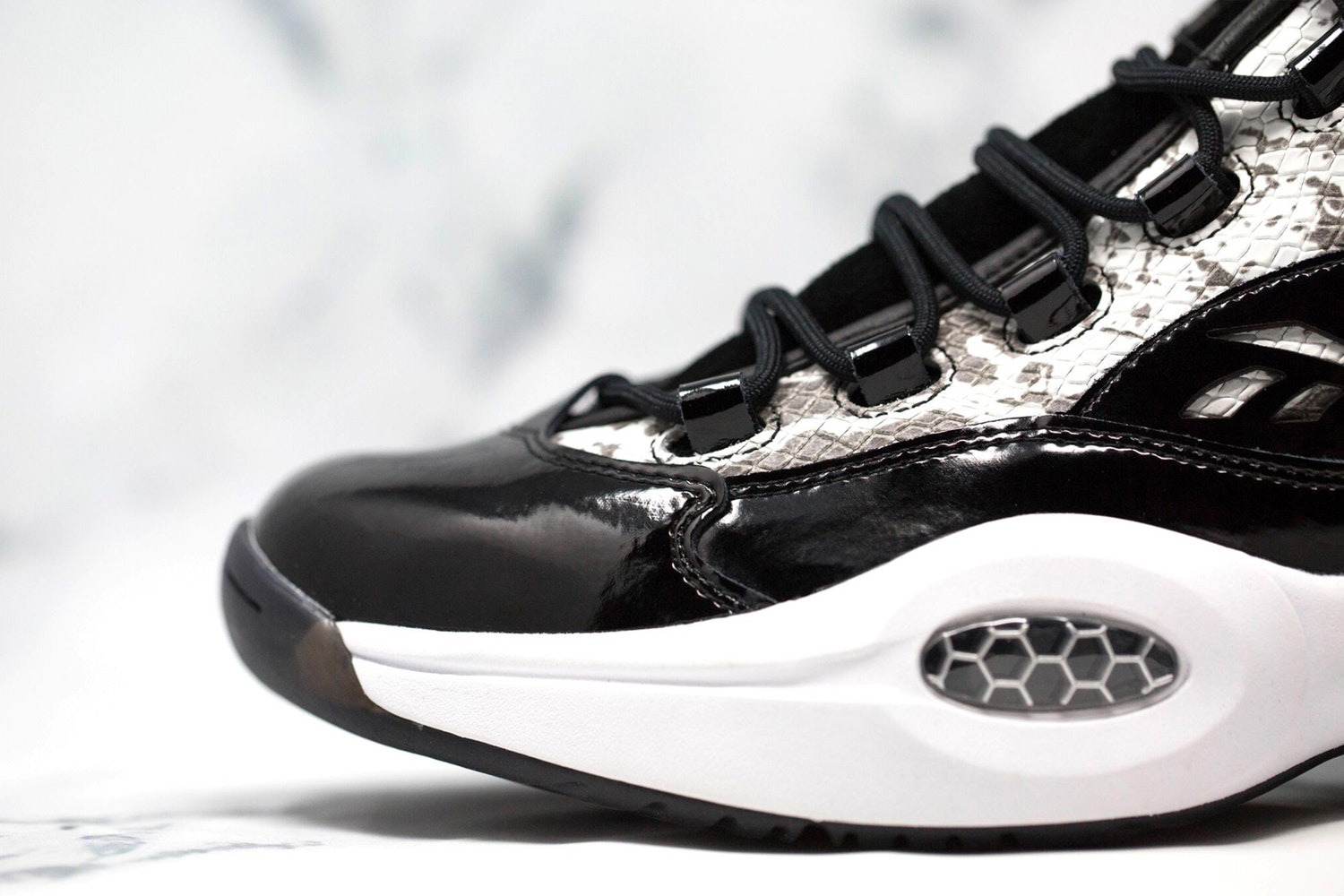 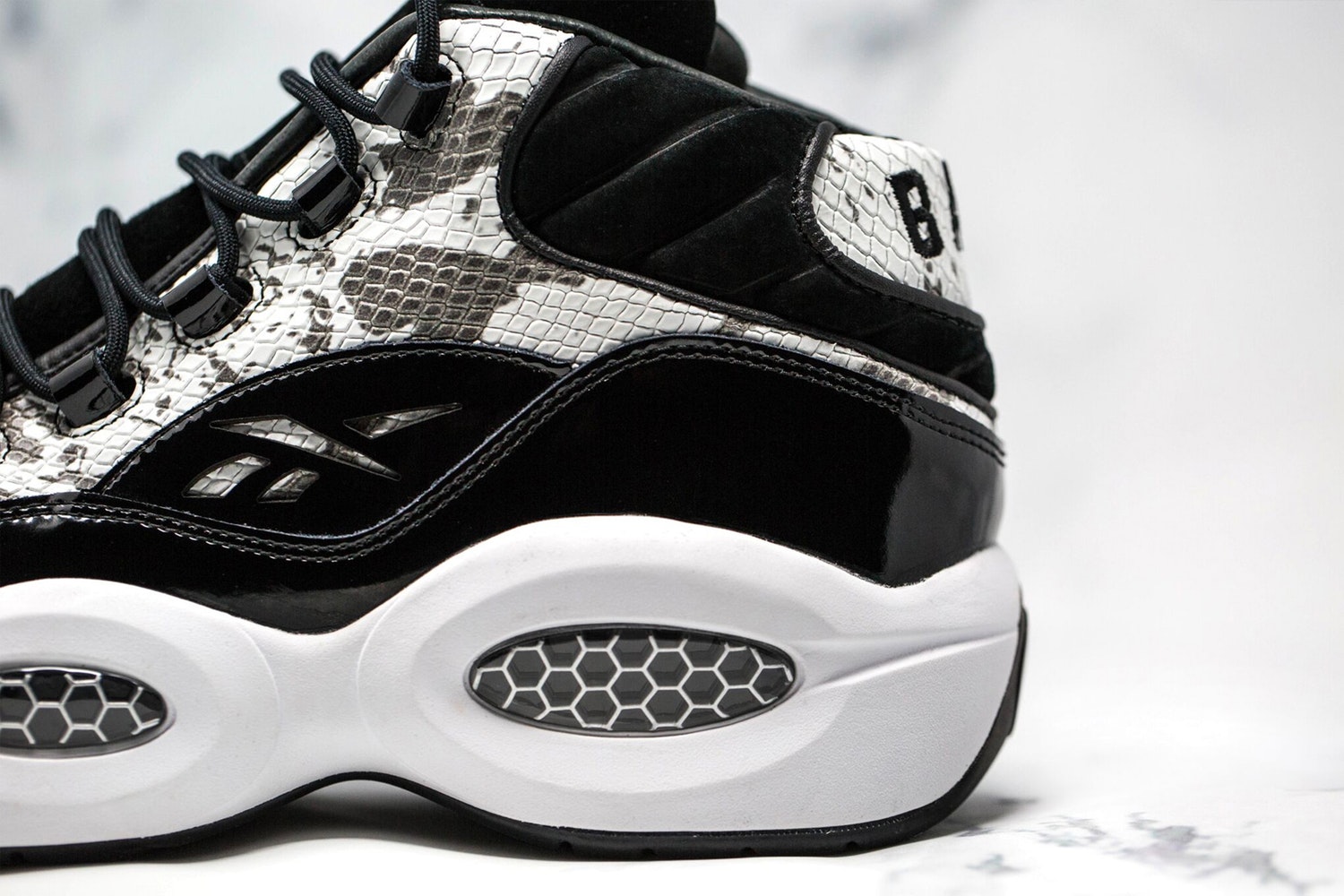 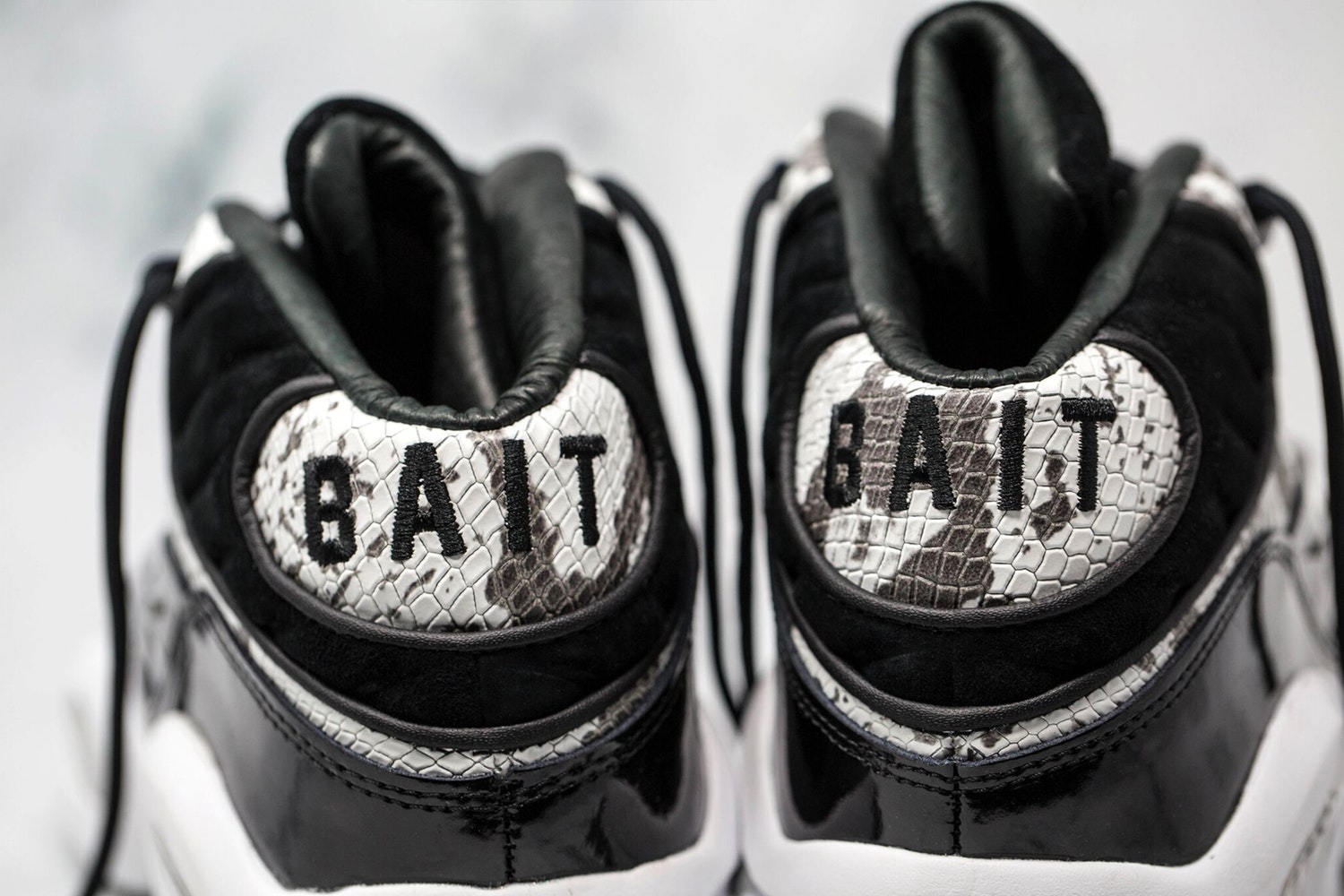 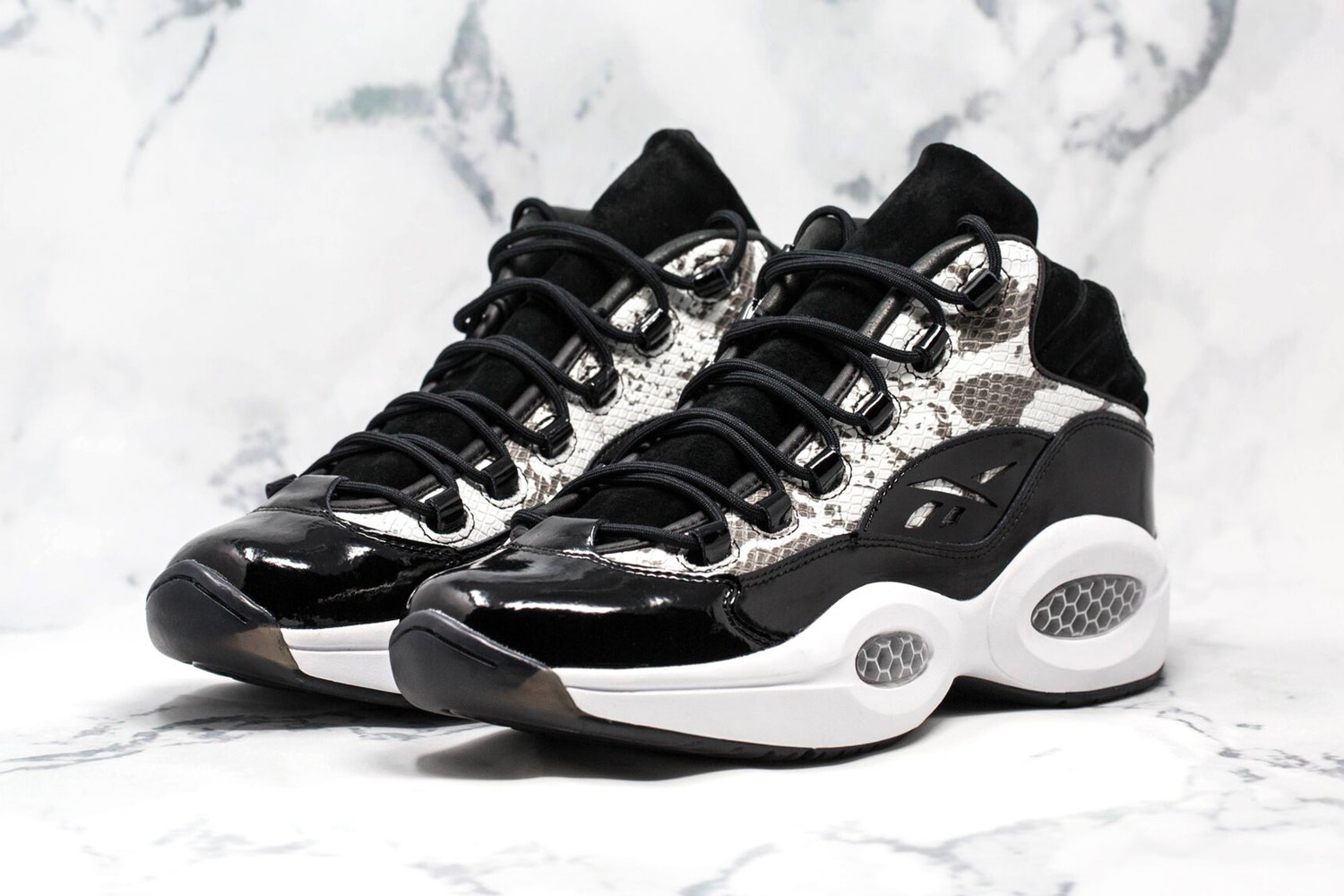 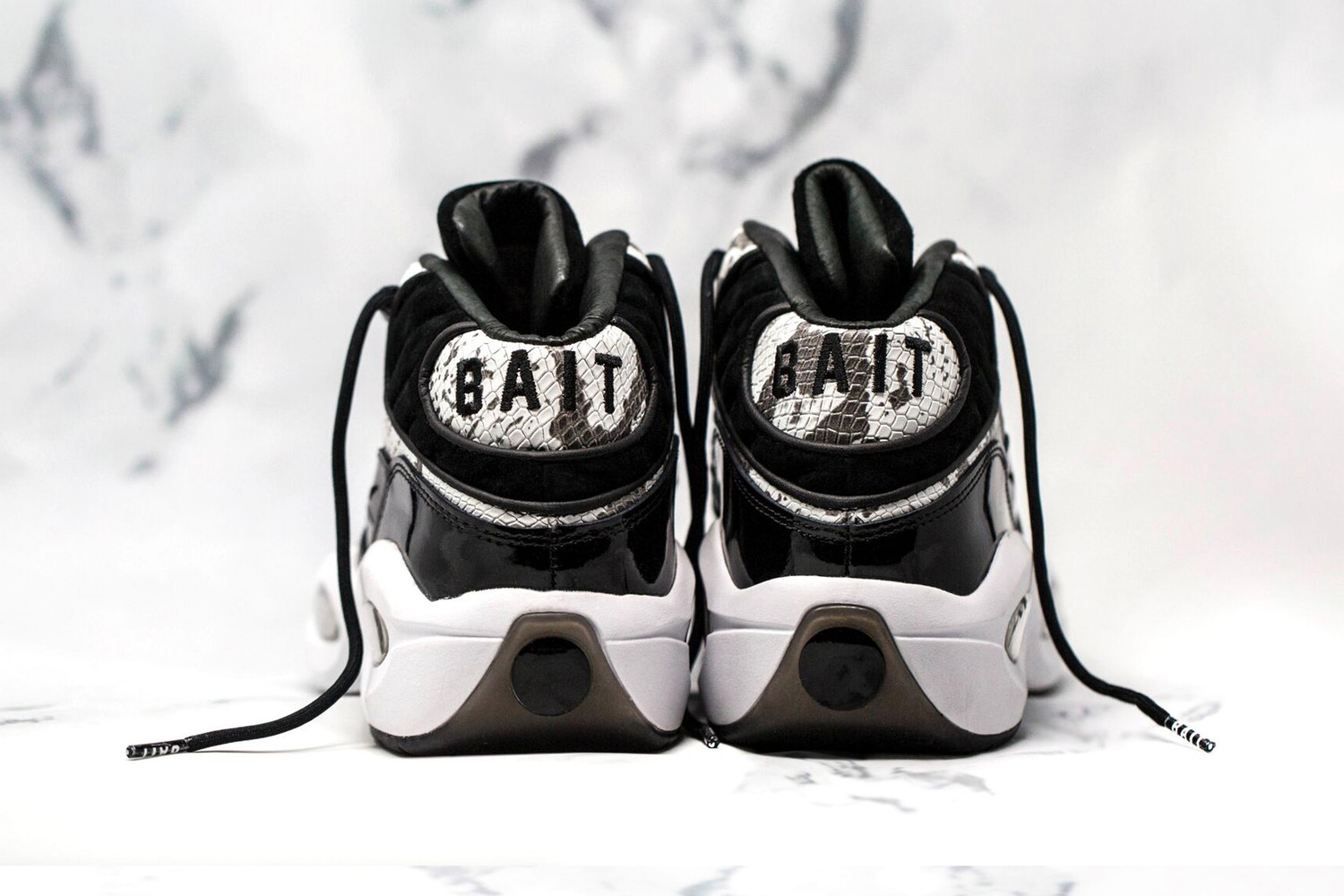 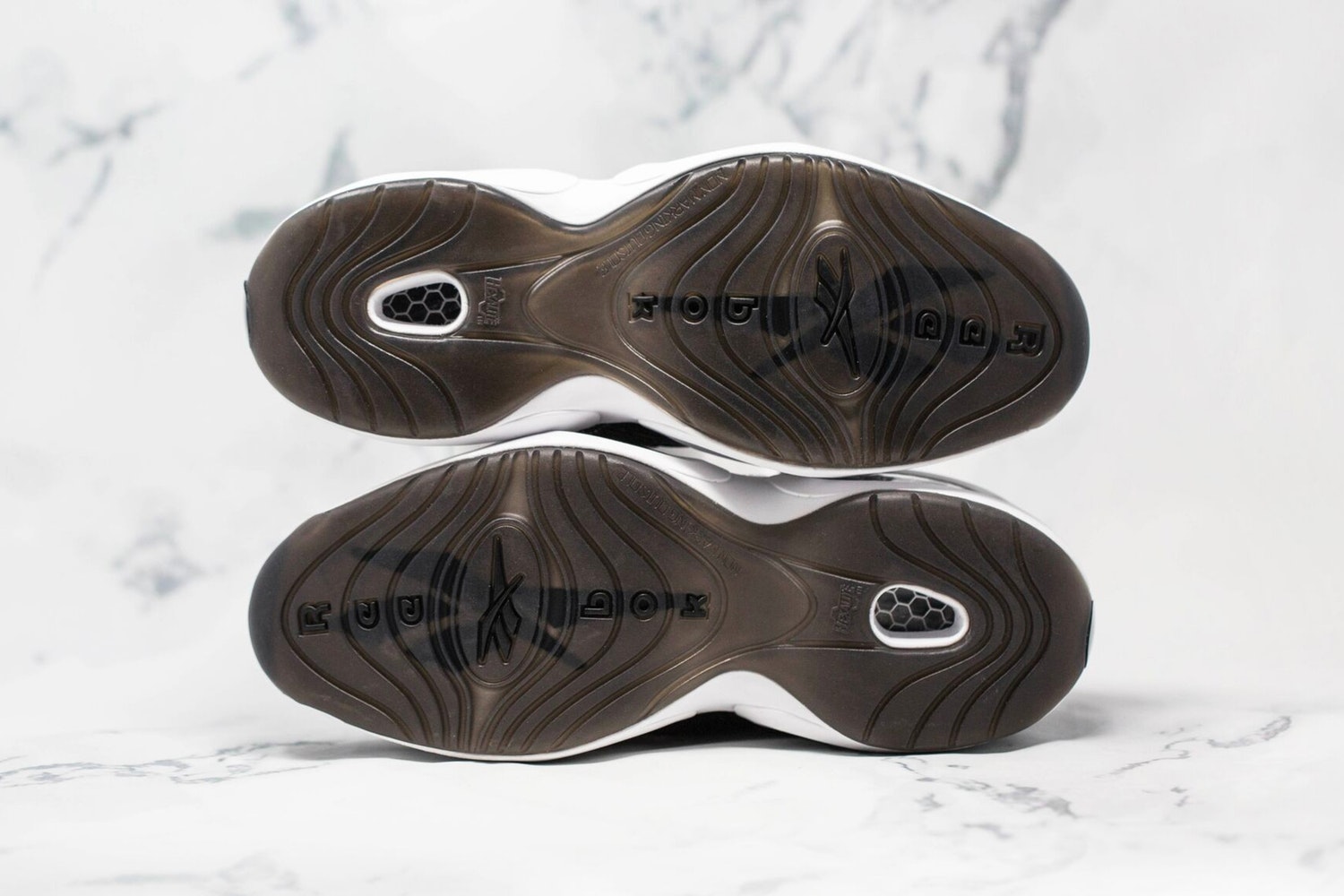