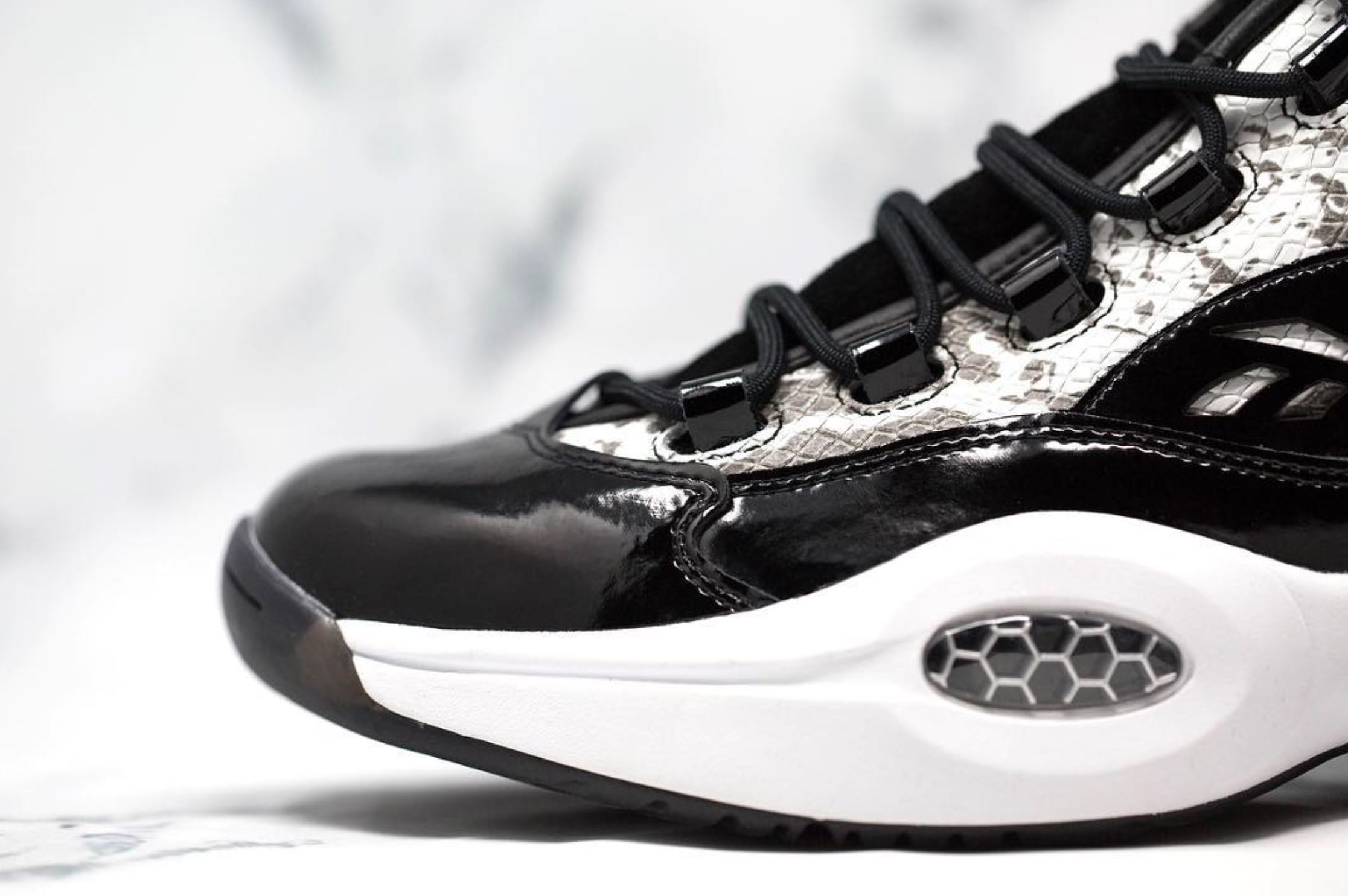 In 2013 BAIT released one of the best collaborations to ever hit an Iverson signature sneaker: the BAIT x Reebok Question ‘Snake’. Now, Bait is back five years later with the sequel.

Eric Peng Cheng, the CEO of BAIT and Undefeated, posted a small teaser of the BAIT x Reebok Question ‘Snake 2.0’ with the date February 17, 2018. Like the original release, expect this collaboration to be released in very limited numbers with premium materials.

For those that don’t remember the first release, it flaunted a luxurious snakeskin upper with deep black accents in two subtly contrasting textures — soft perforated suede and shiny patent leather. Its white midsole sported the usual visible Hexalite units with a silver metallic touch on their signature honeycomb design while the shoe sat atop a smoked translucent rubber outsole; both glow in the dark for added flair.

We’ll have more information regarding the BAIT x Reebok Question ‘Snake 2.0’ in the coming days so stay tuned. For now, let us know if you missed out the first snake back in 2013 (this writer did).