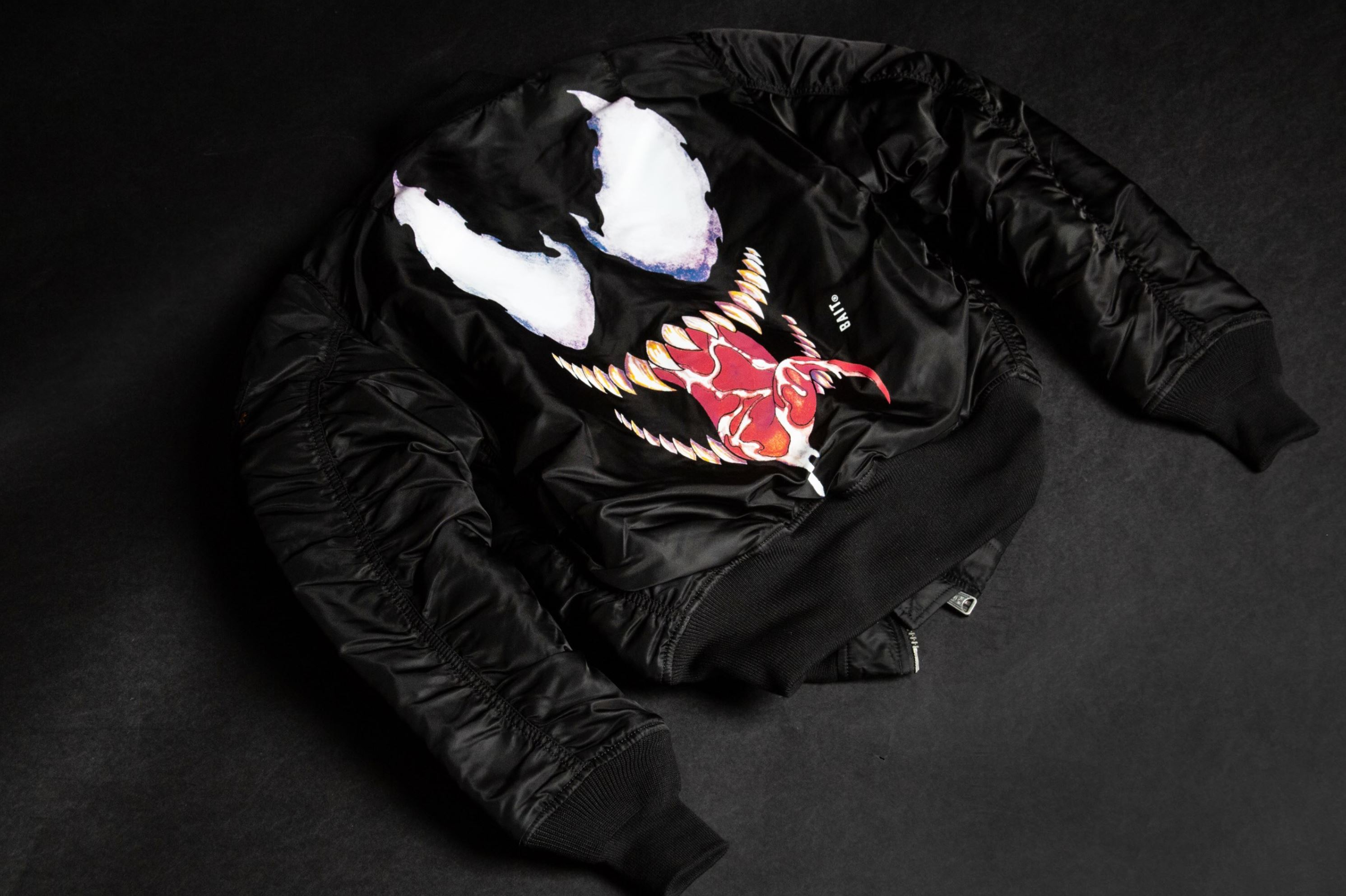 Like the sneaker, the jacket features a huge blacked-out silicon Venom symbol print on one side while the other side flaunts the Venom symbiote’s iconic eyes, teeth, and tongue — complete with BAIT branding. The embroidered logos of the collaborating partners run down the inner zipper flap for a unique touch.

This Alpha Industries MA-1 jacket is both reversible and water-resistant. Based on the original flight jackets of the 1940s like the B-15 and MA-1, which were worn by the U.S. Air Force and Navy pilots, the MA-1 features a nylon shell, nylon lining, 100% polyester fill, and Ottoman knit cuffs. 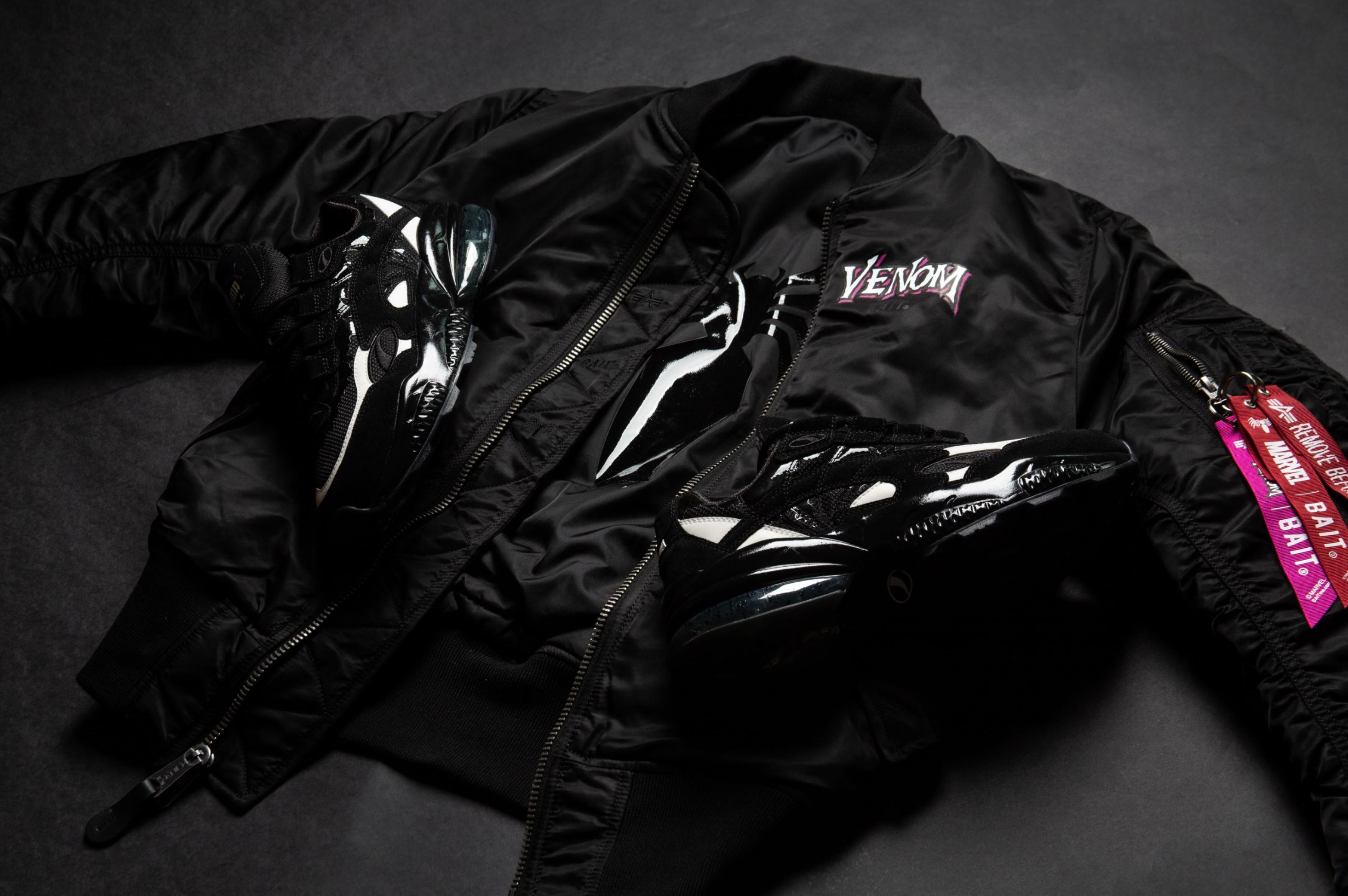 While many know that Alpha Industries products generally come with a red “Remove Before Flight” tag (flag/zipper extension) at the arm, this jacket comes with three — the most Alpha Industries has ever put on a product. The usual “Remove Before Flight” tag is used while one of the additional tags reads “MARVEL | BAIT” with the Venom logo. However, the best tag may be the pink “VENOM | BAIT” with Alpha and Marvel co-branding.

Tons of Venom gear, including tees, hoodies, and hats, are also available at baitme.com. Prices range from $32 to $70. 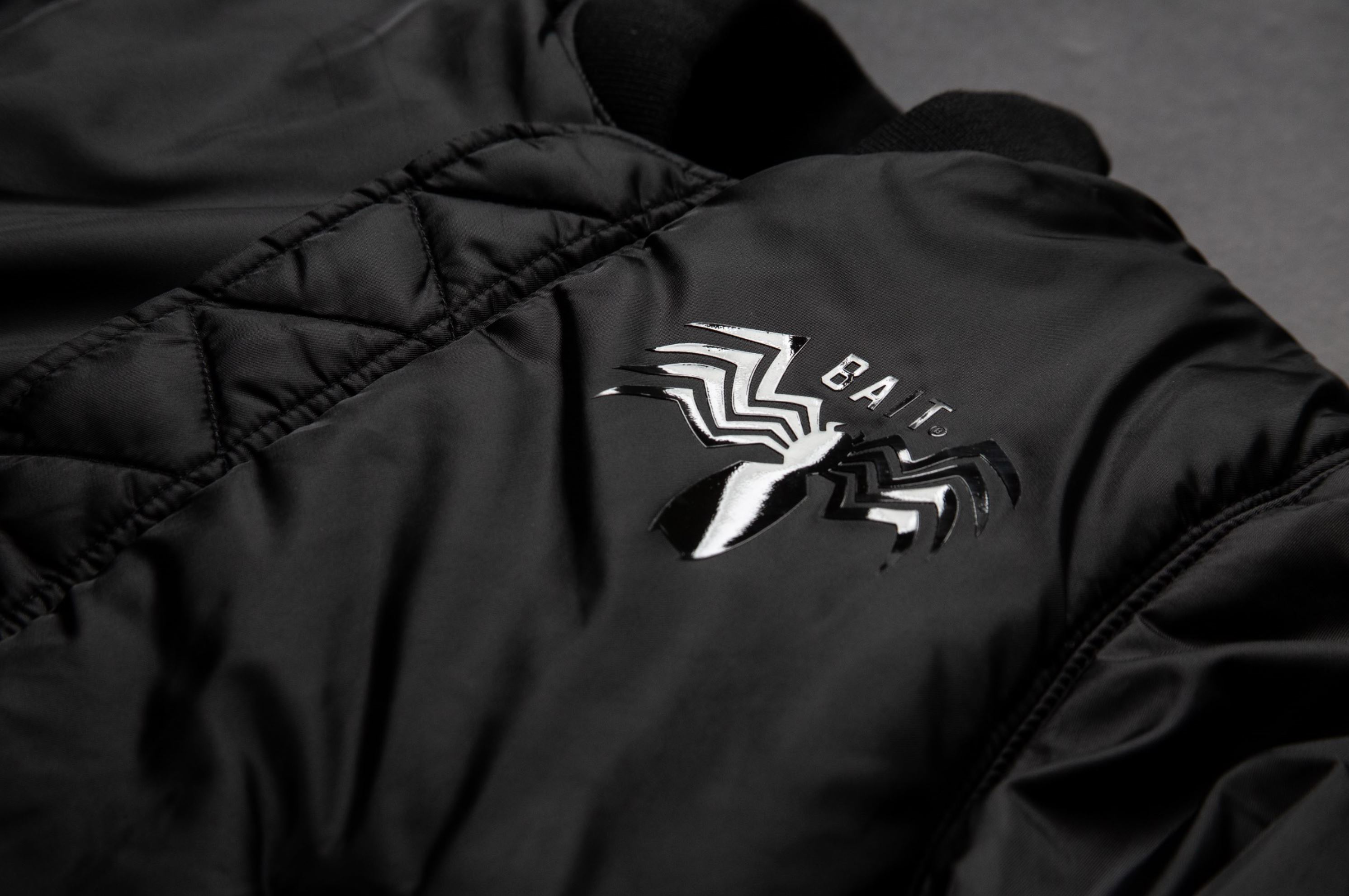 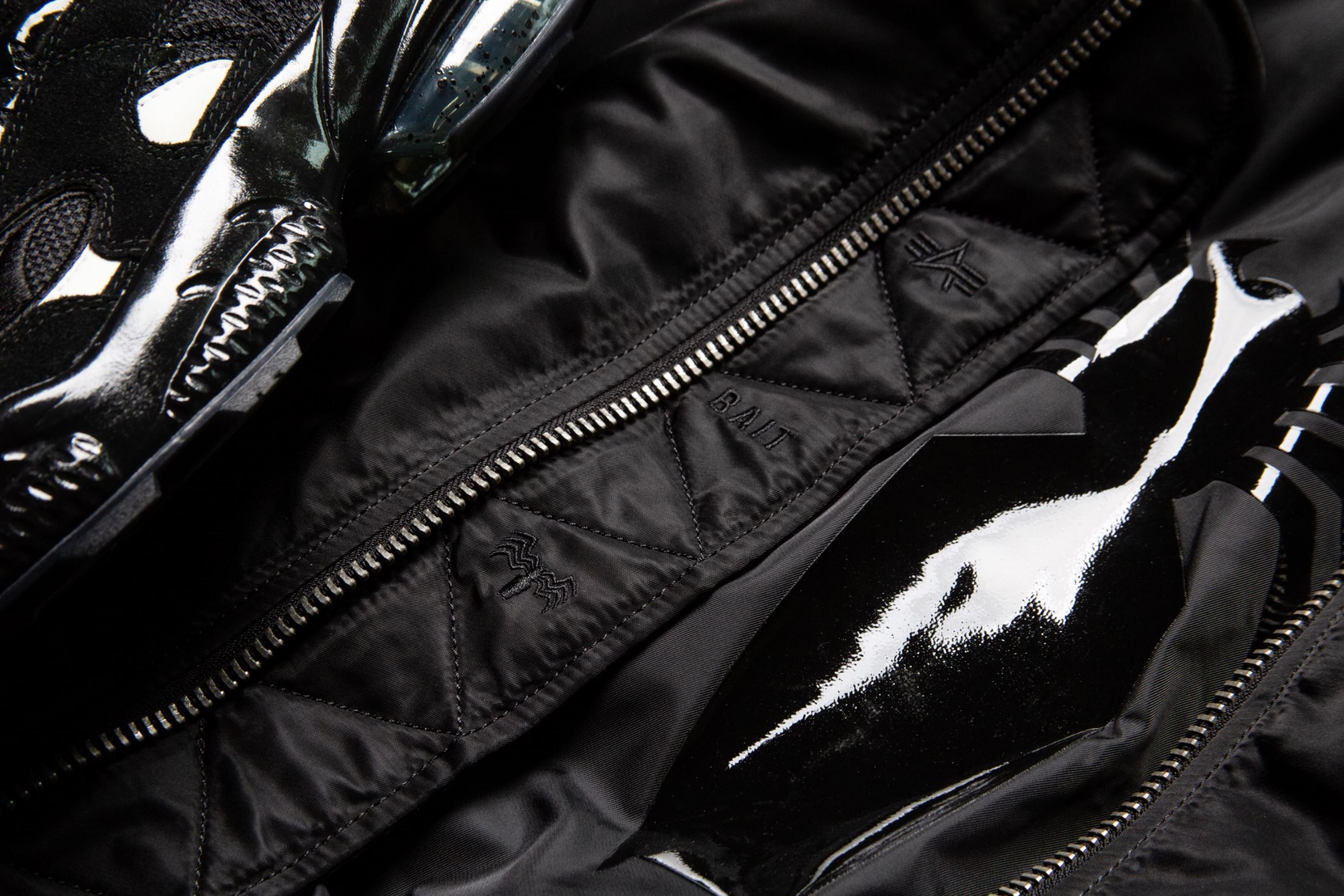 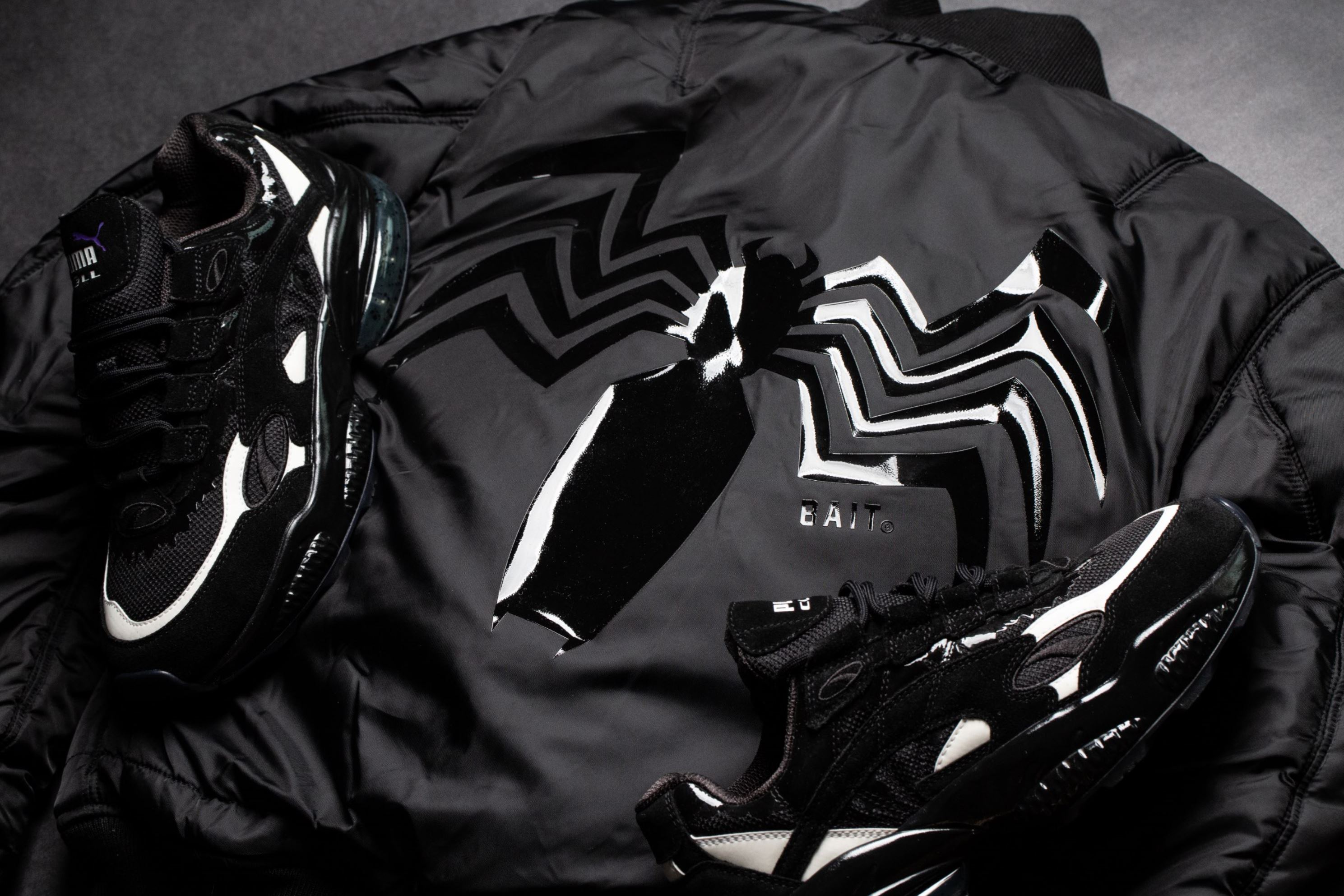 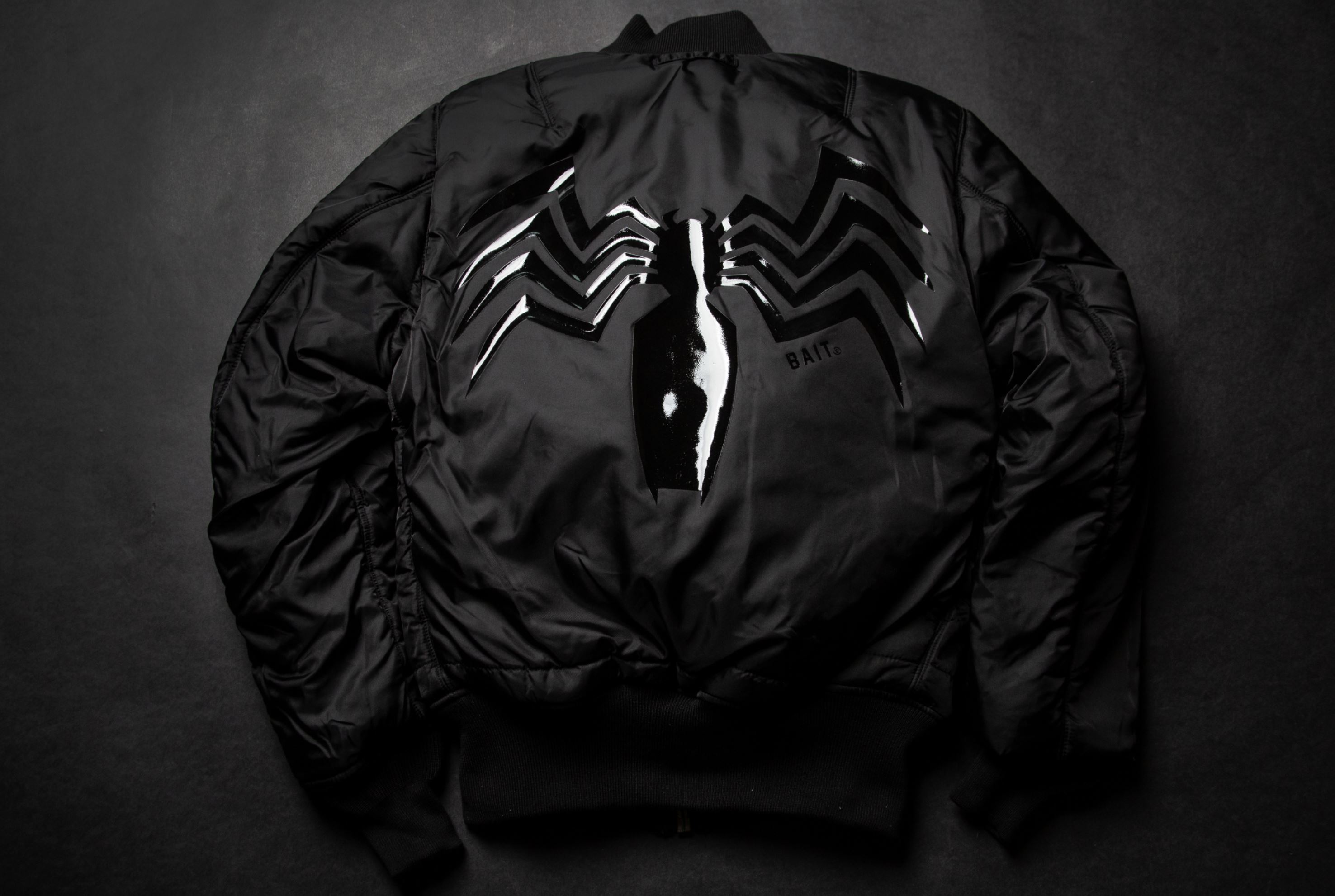 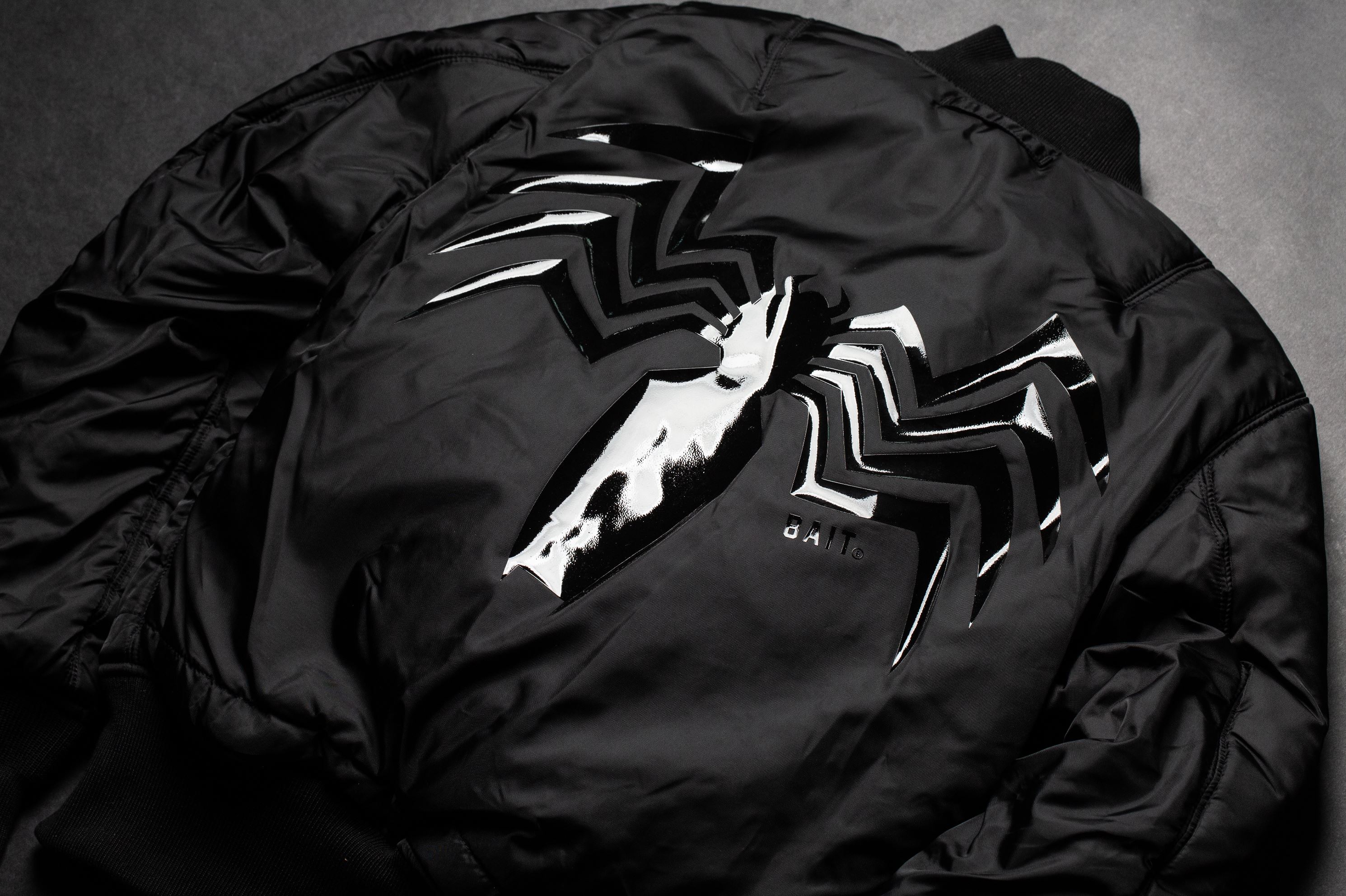 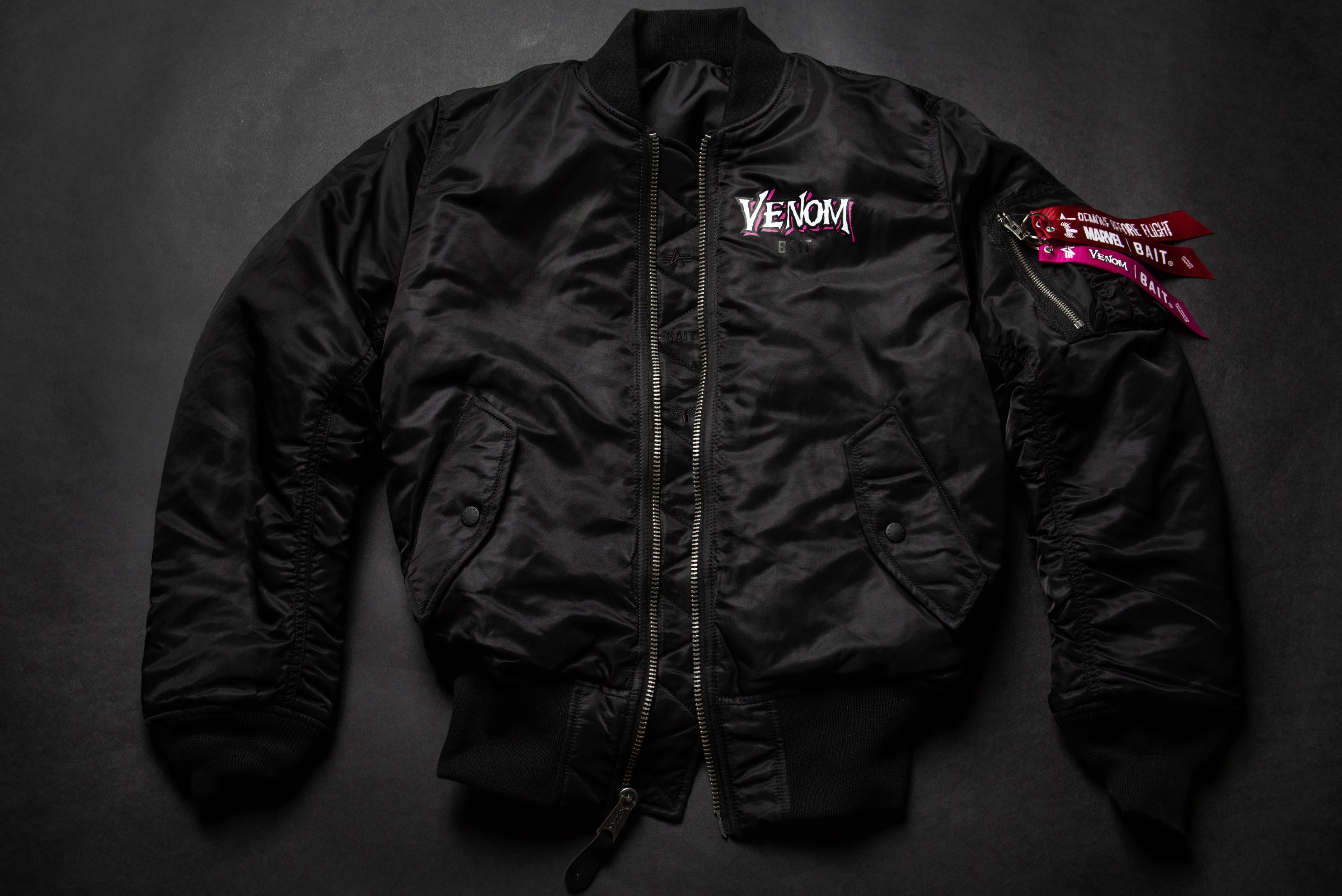 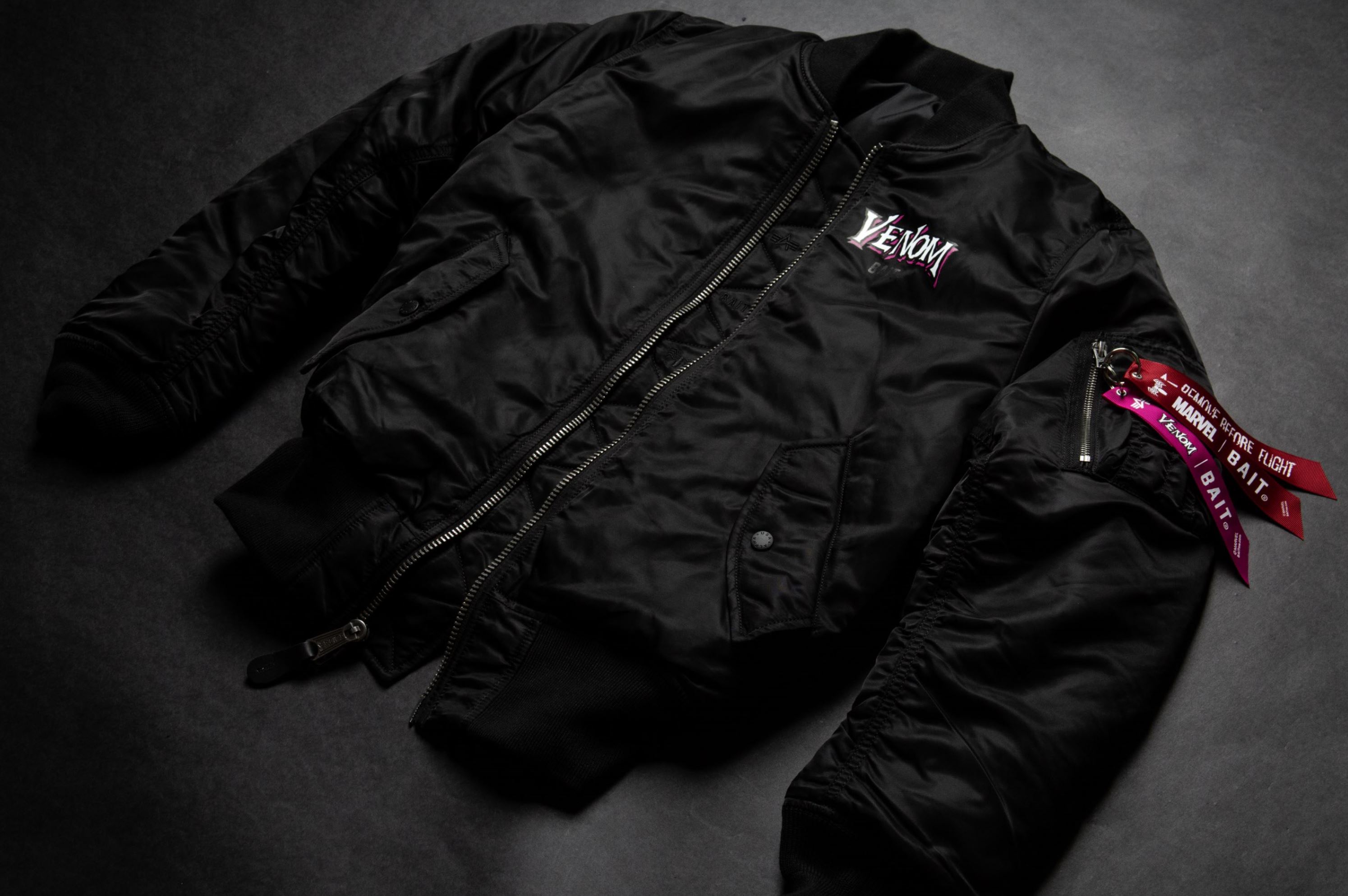