The Internets have been going crazy since leaked images of the atmos x Nike Air Max 1 x Jordan III Retro pack arose. The rumors can be laid to rest because the Swoosh has announced that the pack is coming and it now has an official release date.

The atmos Air Jordan Air Max Pack will release on March 18 at select retailers globally (according to J23App this is a Tier Zero release — extremely limited). The Nike Air Max 1 atmos ‘Elephant’ ($150) will drop individually on Nike+ SNKRS at 10 AM EDT and selected global retailers starting March 18. 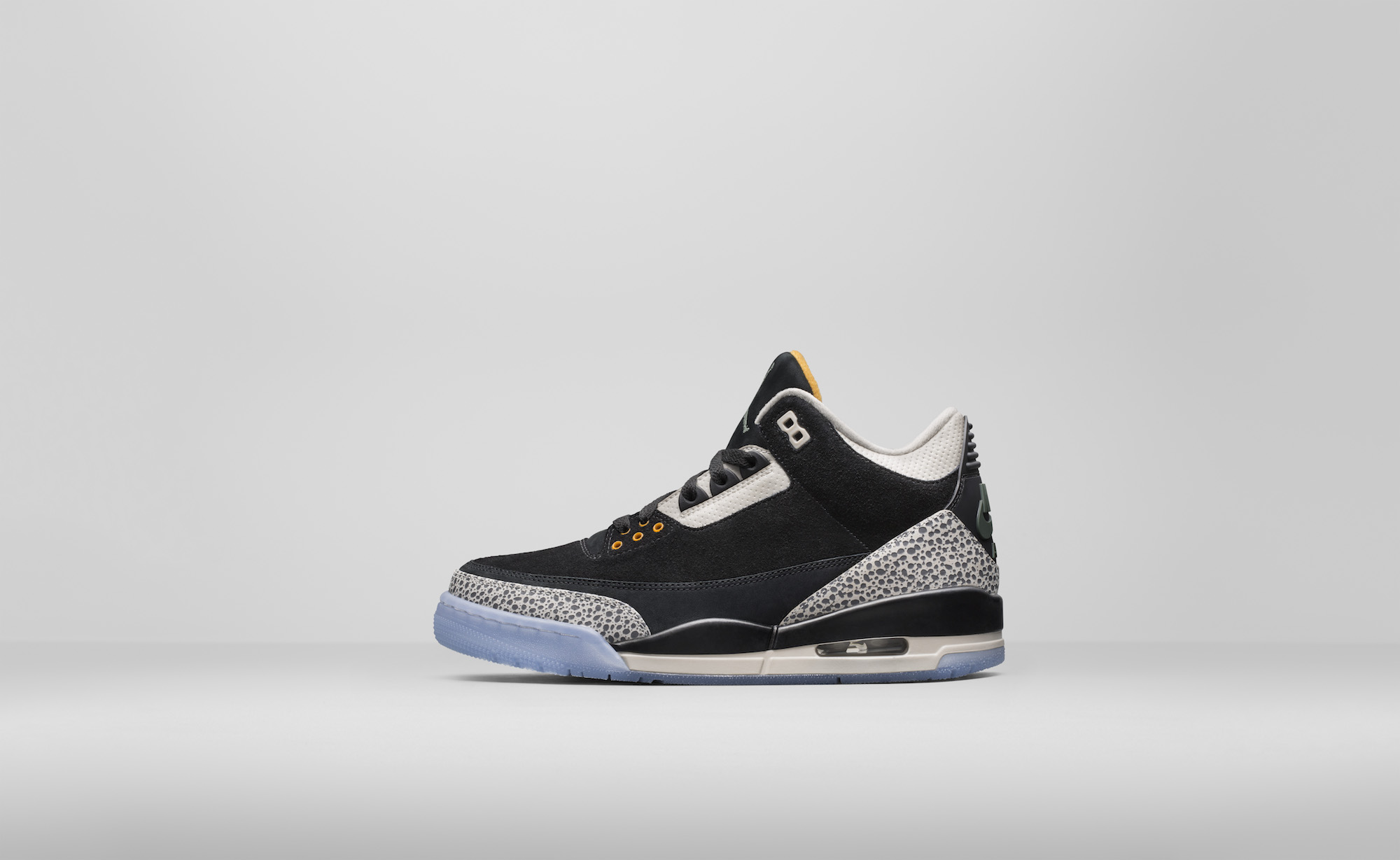 As per Nike News:

The Nike Air Max 1 was first conceived as a performance shoe. This should be obvious, but it is still important. Like the Paris museum that inspired its design, form was driven by function—that of a runner with the largest-volume airbag to date. But for many of those seeing it for the first time, it was the form that mattered most. Yes, the Visible Air provided unmatched cushioning. But it was also a striking visual element in and of itself, a Tinker Hatfield design element that provided a starting point for the imaginations of many others.

By the early 2000s, some of those dreamers from around the world got their chance to re-imagine an icon. Boutiques from Amsterdam to San Francisco, including Tokyo’s atmos, all collaborated on the Nike Air Max 1, draping the classic runner in decidedly new looks. This occurred even as Air Max runners as a whole received collaborative makeovers — from the Nike Air Max BW to the Nike Air Max 97. All were highly sought after, and most required a reliable international connect if one were to avoid the secondary market. 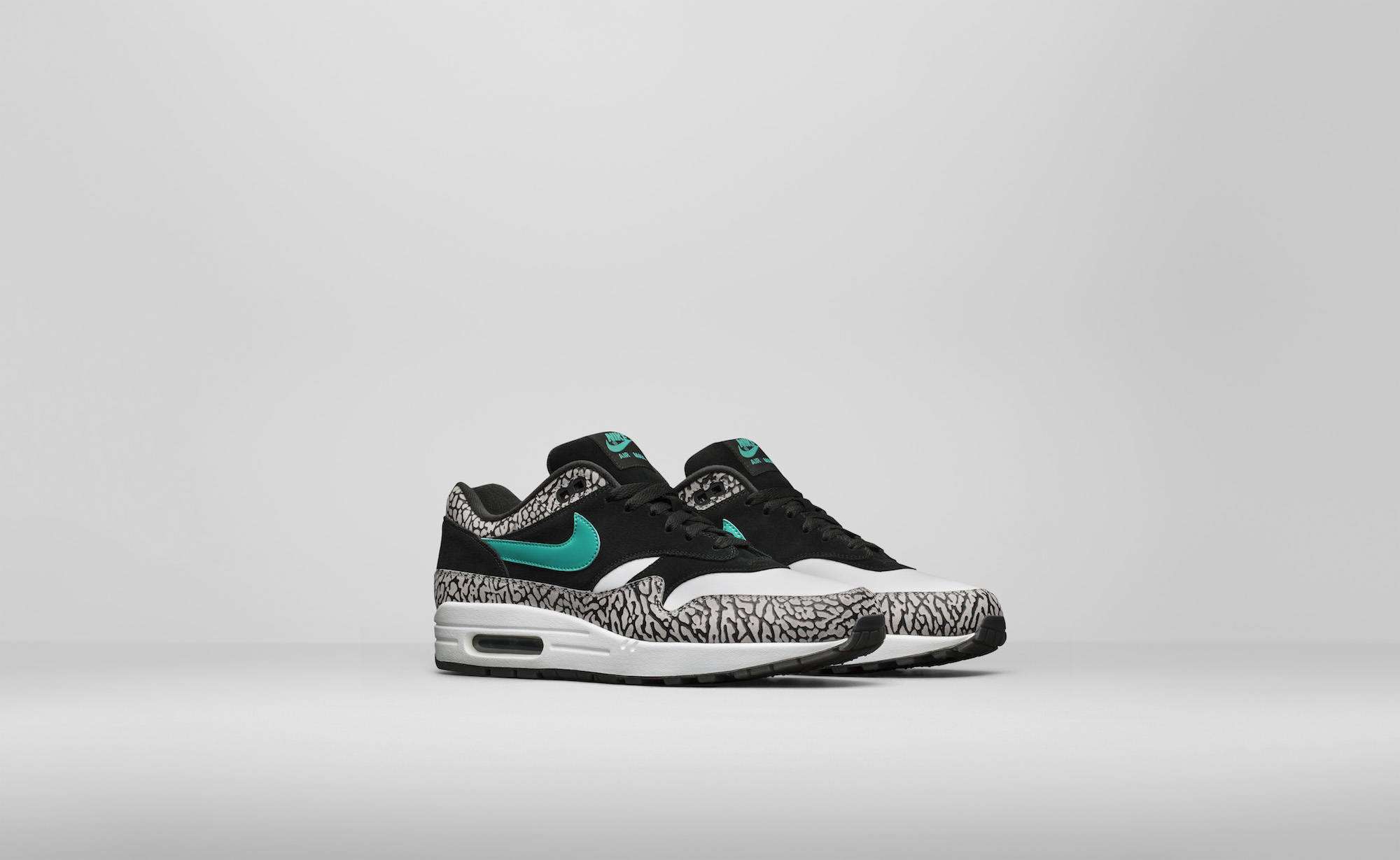 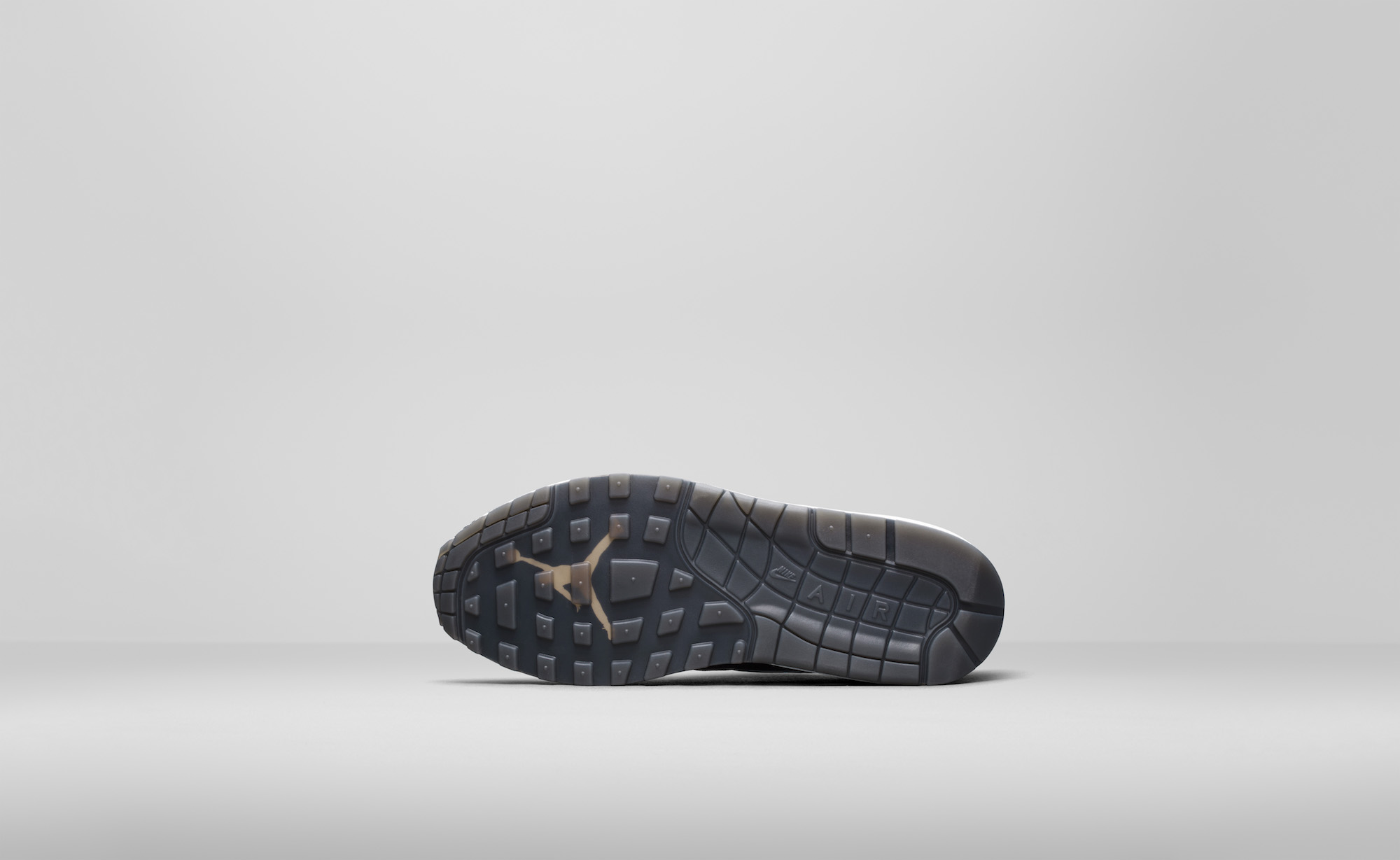 Easily one of the most memorable was the premium pair atmos turned out in 2007. Already famous worldwide for two initial Nike Air Max 1 designs (the first collaborations) four years earlier, this time atmos layered the Air Jordan III’s iconic elephant print onto a basic black and white, suede and leather upper set off by a jade Swoosh. Last year it was selected on Air Max Day as the design most people wanted to see return. So it does.

What does the AM1 mean to you? What does it represent for design and for sneaker culture?
Air Max series mean a lot to me, as they are the reason for me to become interested in sneakers. Among all, Air Max1 is a commemorative shoe as the 1st of Air Max series. I believe AM1 is a historical piece and an indispensable part of the legend for both atmos and sneaker culture.

What does Air Max (as a technology and a platform) mean to you?
I expect Air Max series to continue to evolve, and to come up with exciting products.

How did you approach the collaboration in 2007, what was the impetus for the color scheme?
I remember talking with the people in Nike Japan, who were involved in the project, about creating something crazy and stupid that would give impact to the market. We happened to find a pair of vintage Nike kids shoe with zebra print, and we decided to create shoes with animal prints under the concept of zoo. 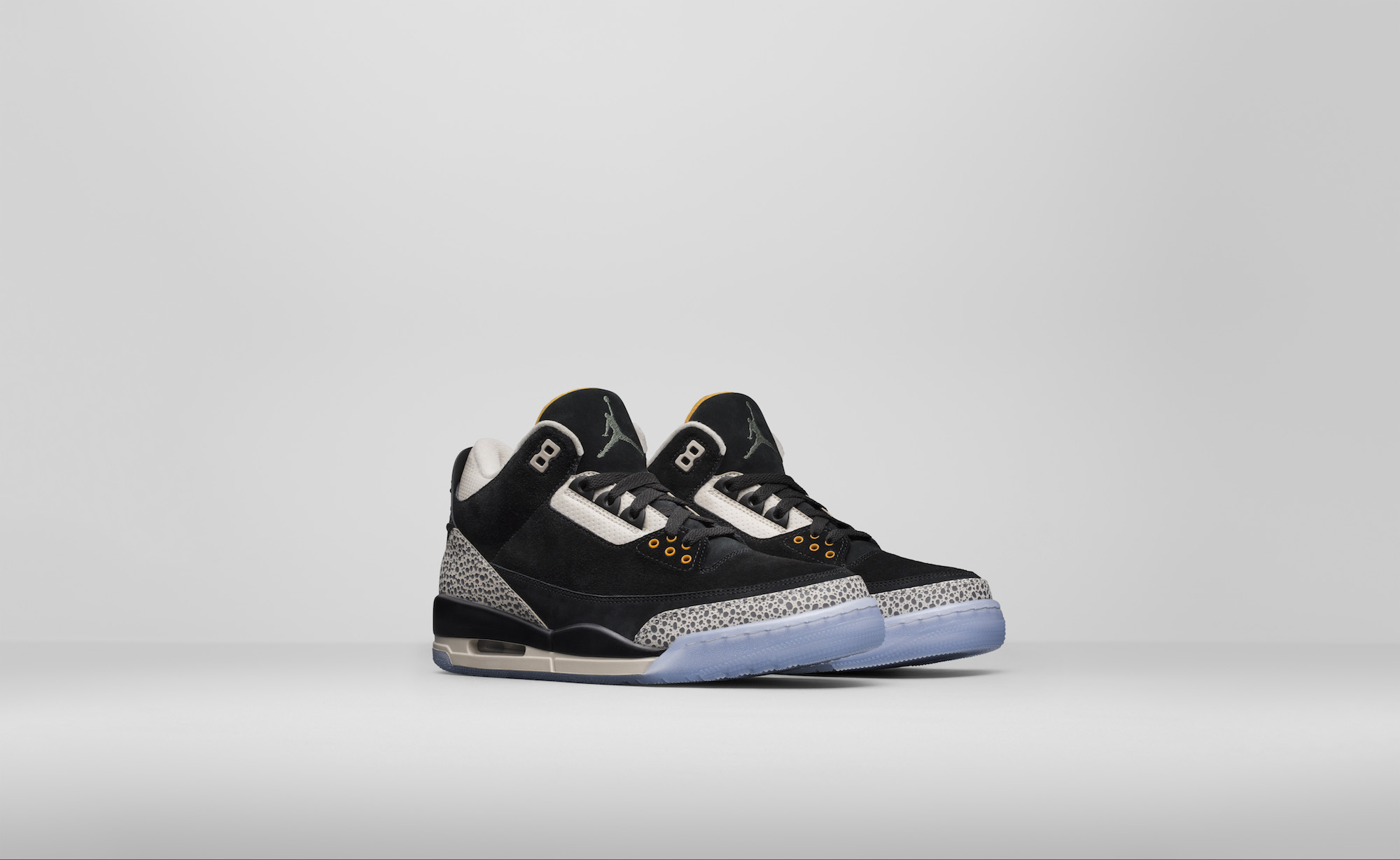 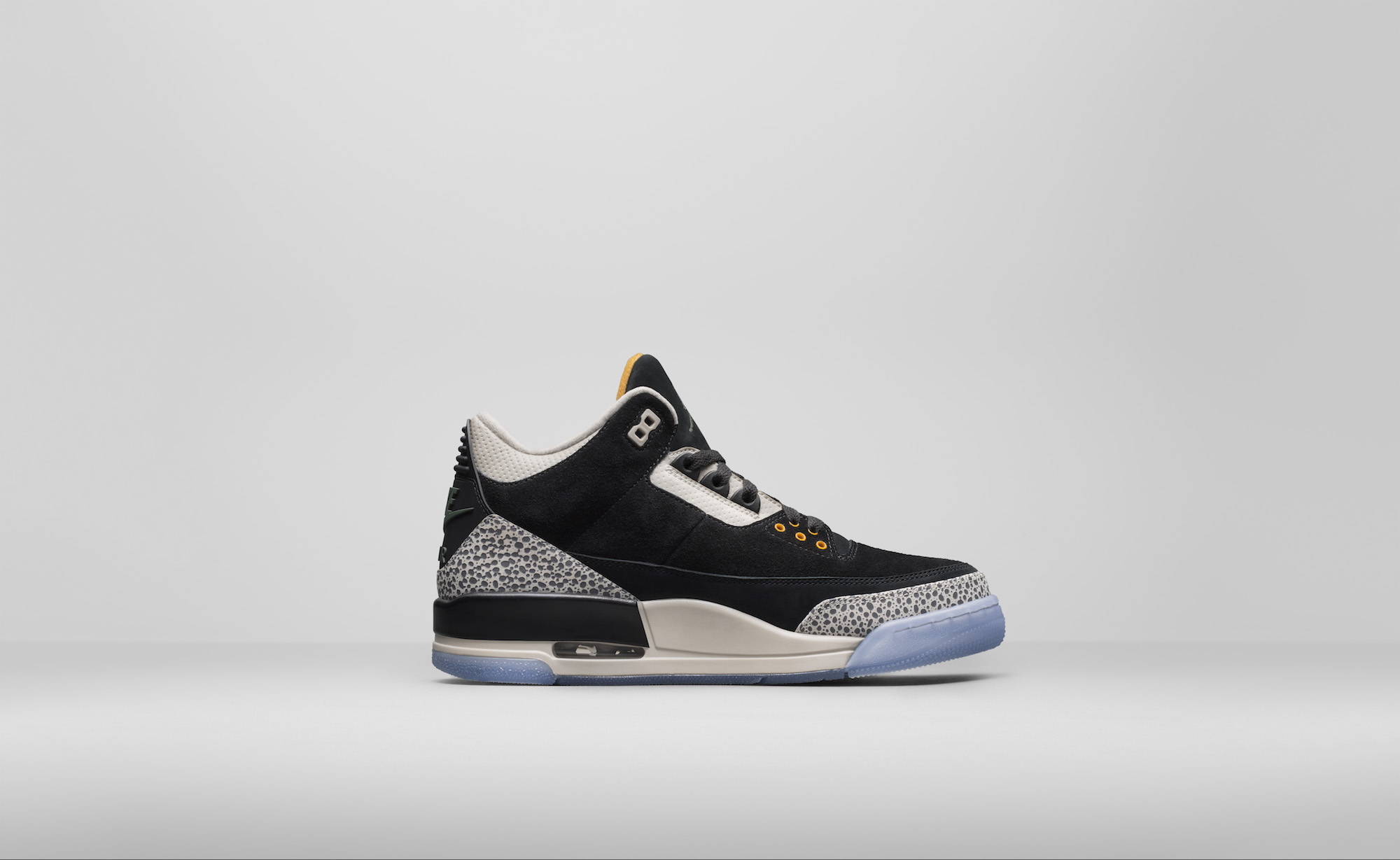 Why elephant print? Why connect the AM1, even if subtly, to the Jordan legacy and its design language?
I grew up watching Michael Jordan and my first Nike (Jordan) was Air Jordan 1 Chicago made in 1994. The Air Jordan III is my personal favorite, which was the first one to use elephant pattern on a shoe. Air Max 1 Elephant was one of 3 shoes made under the concept of zoo, which was inspired by elephants swimming in the zoo.

Is there anything you thought of about the design was complete you wish had been included?
I believed it was perfect! But if I should expect more, I would like the jade-colored swoosh in premium leather rather than in patent leather.

Why do you think this atmos AM1 has continued to excite fans?
As with all Air Max x atmos series products, I believe the reason for the big success was the use of color and material that we skillfully selected from the perspective of fashion and sneakerheads to modify the original Air Max, which had been just a running shoe. We were ahead of time as such a product was still scarce in the market. It was before internet became popular, and the products were offered exclusively in Japan through a project called “co.jp”, to further drive the desire of fanatic sneakerheads around the world.

These days, most brands are selling the same things around the world and there is no longer a treasure hunt like excitement in the market. I understand it is inefficient, but we would like to carry exclusive local model like “co.jp” once again to drive excitement, all the more Tokyo 2020 is approaching.

What was your reaction when the shoe was selected by fans as the one to bring back for 2017?
Of course it was a great pleasure and the greatest honor for a person whose job is about sneakers. To be honest, I did not realize the significance of the event at first, but a lot of celebratory remarks from the staff and my friends made me realize it.

In addition to the vote-back atmos Air Max 1 “Elephant,” Nike and Jordan have combined for a limited-edition double pack celebrating the connection between Hirofumi Kojima’s creations and the iconic Air Jordan III. The pack’s Air Max 1 incorporates a an unmistakable Jumpman logo hit on the sole. Meanwhile, the Air Jordan III comes dressed in Nike’s iconic Safari print for the first time — a tribute to both the 1987 Nike Air Safari (one fourth of the ground-breaking “Air Pack”), and  atmos’  2002 gum-soled Air Max 1 design. 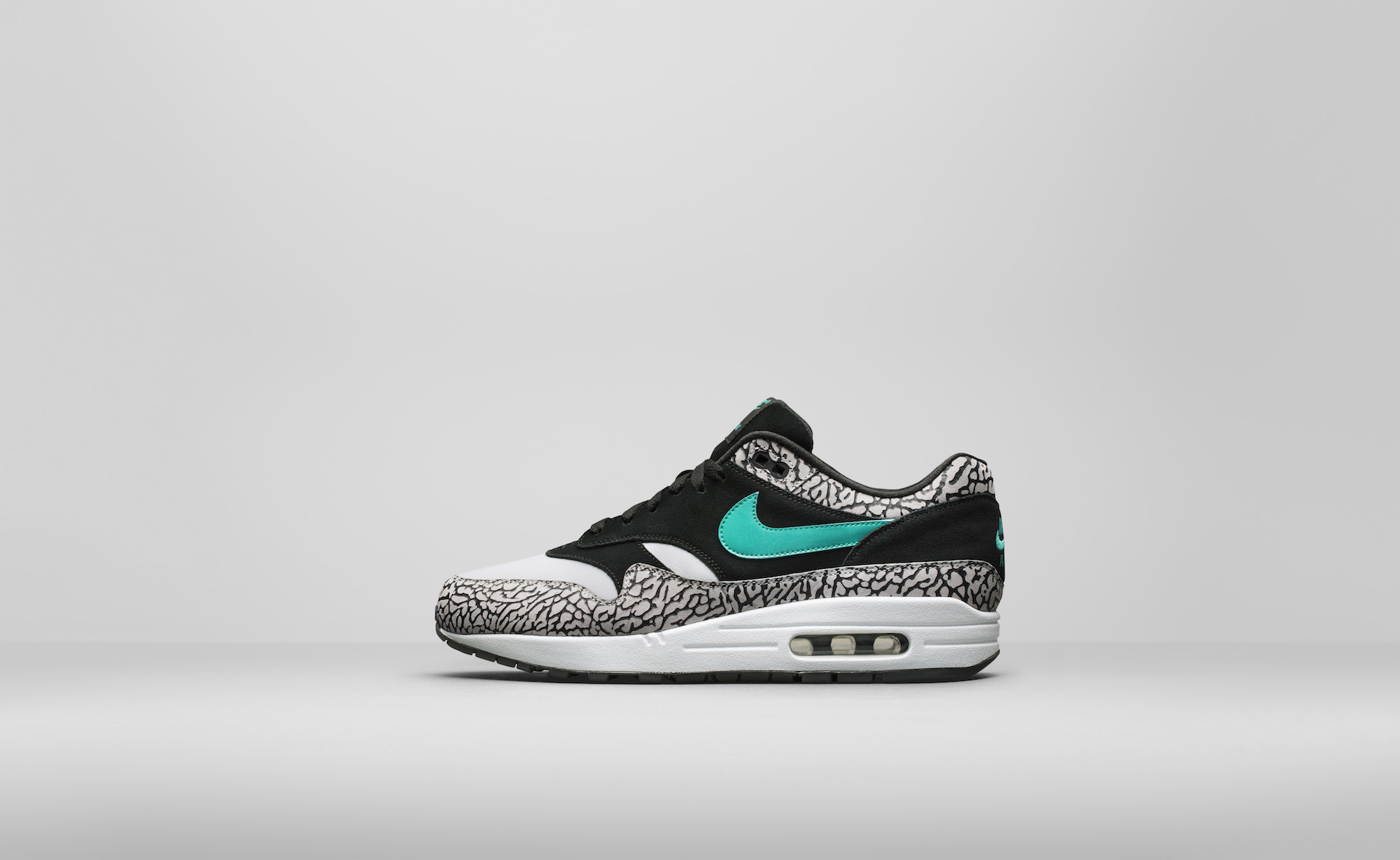 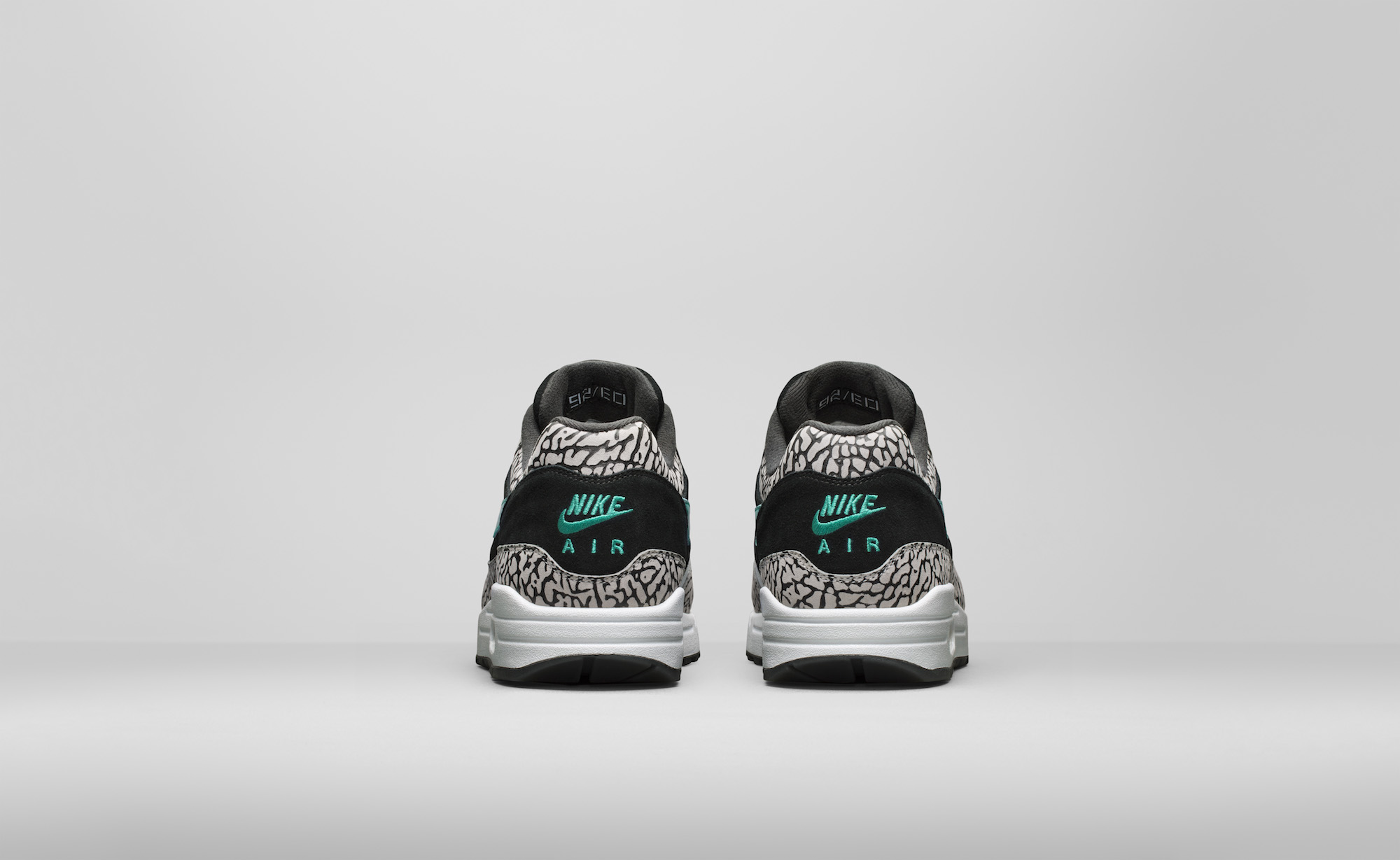 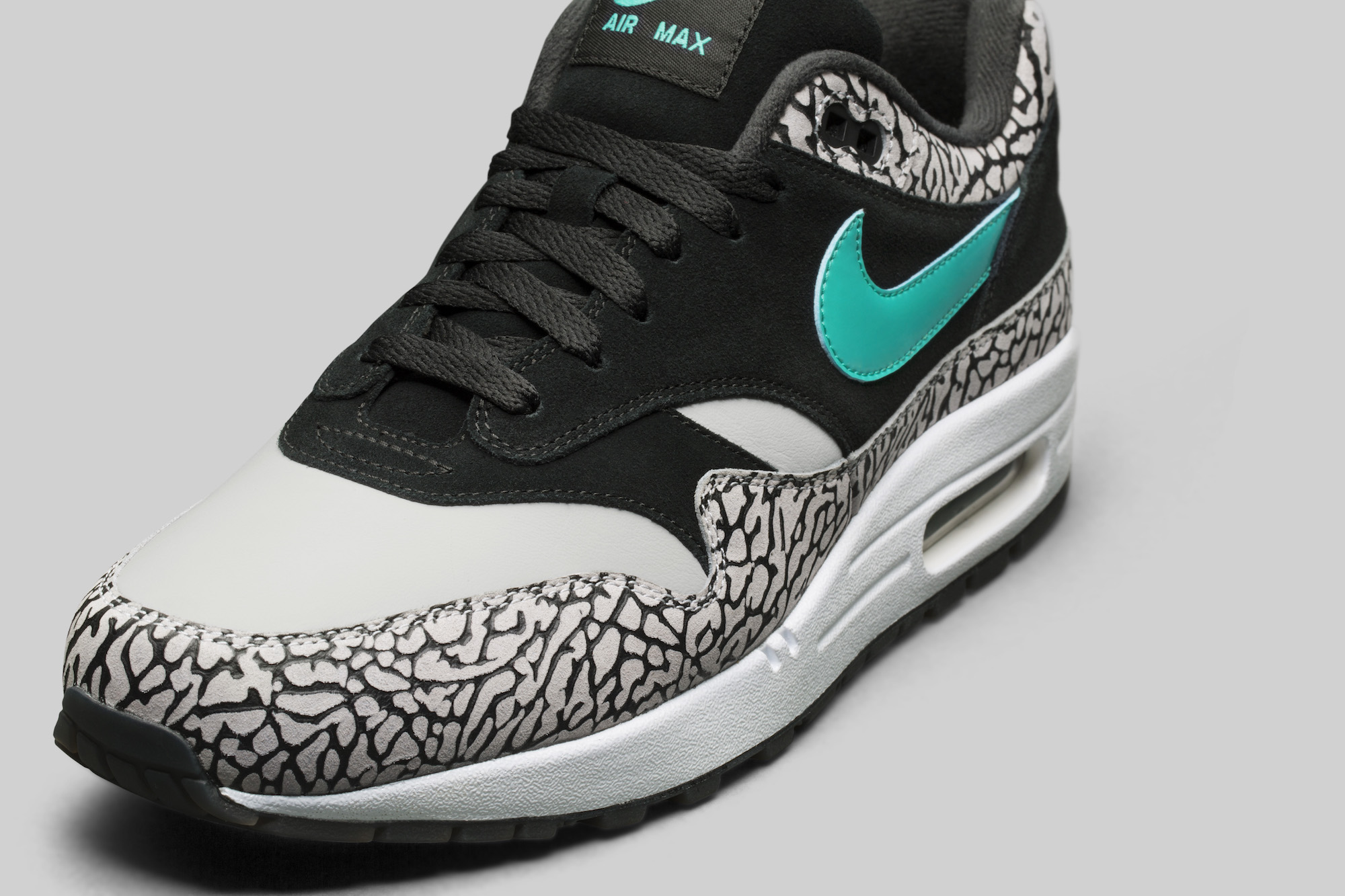 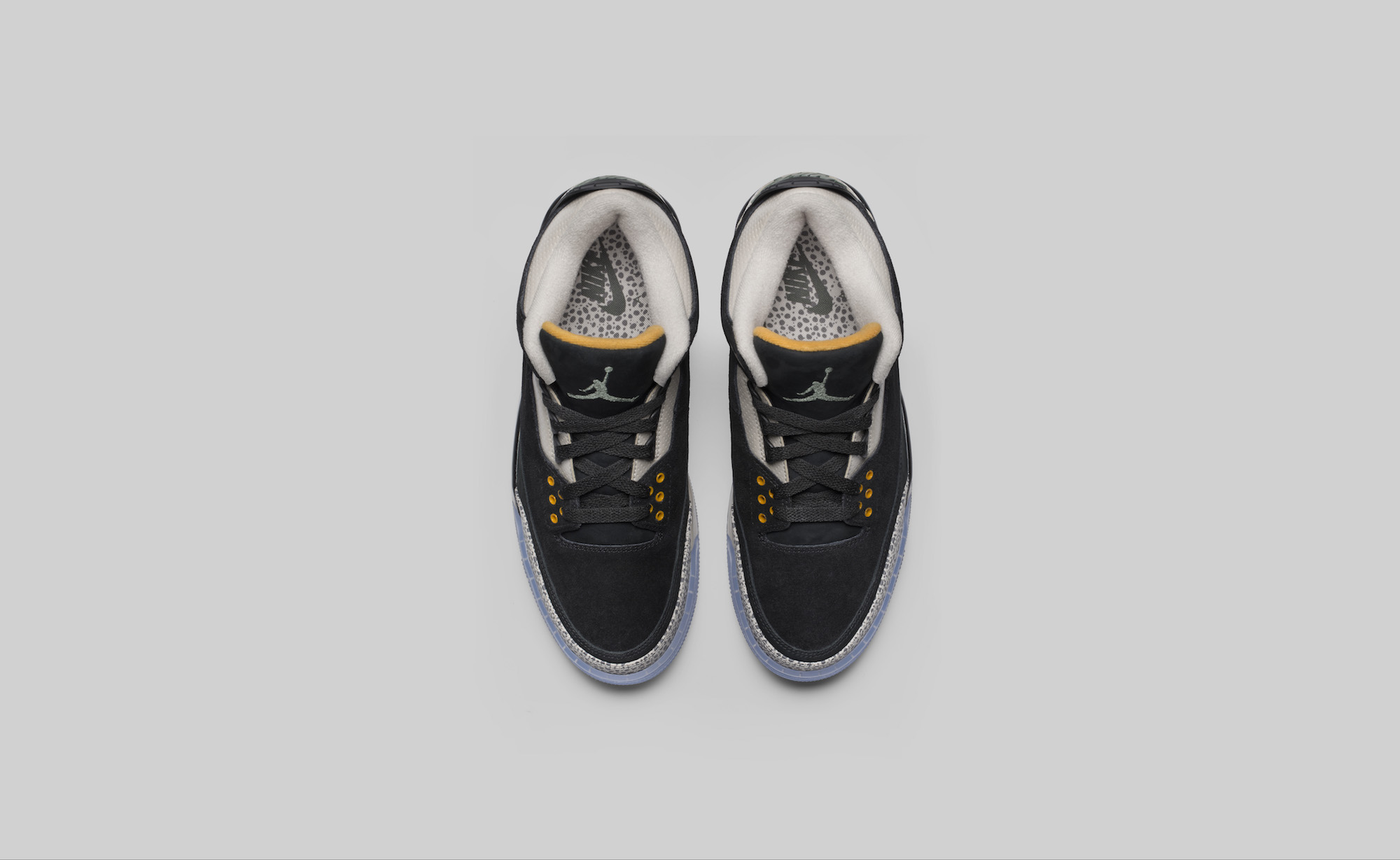 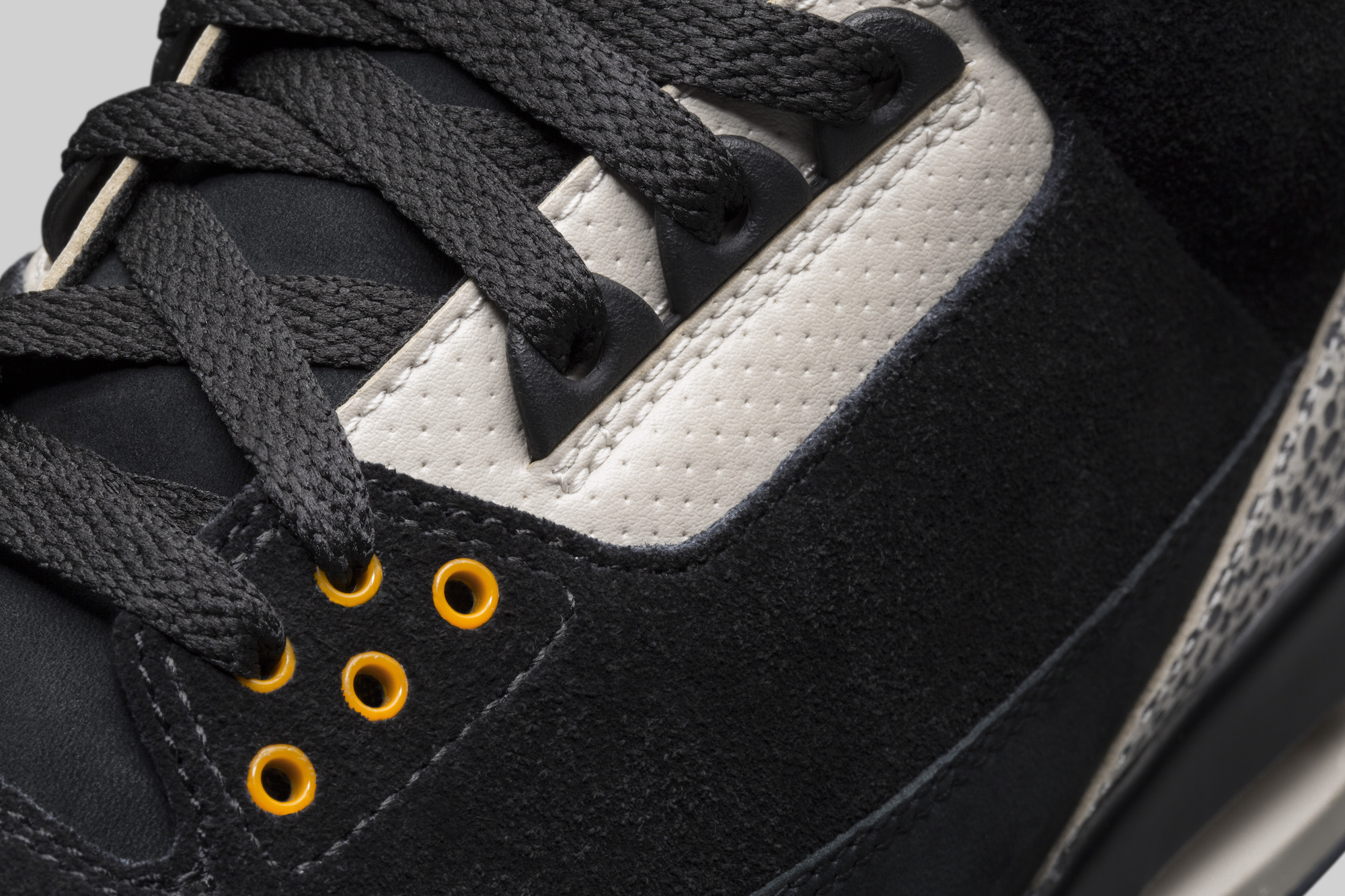 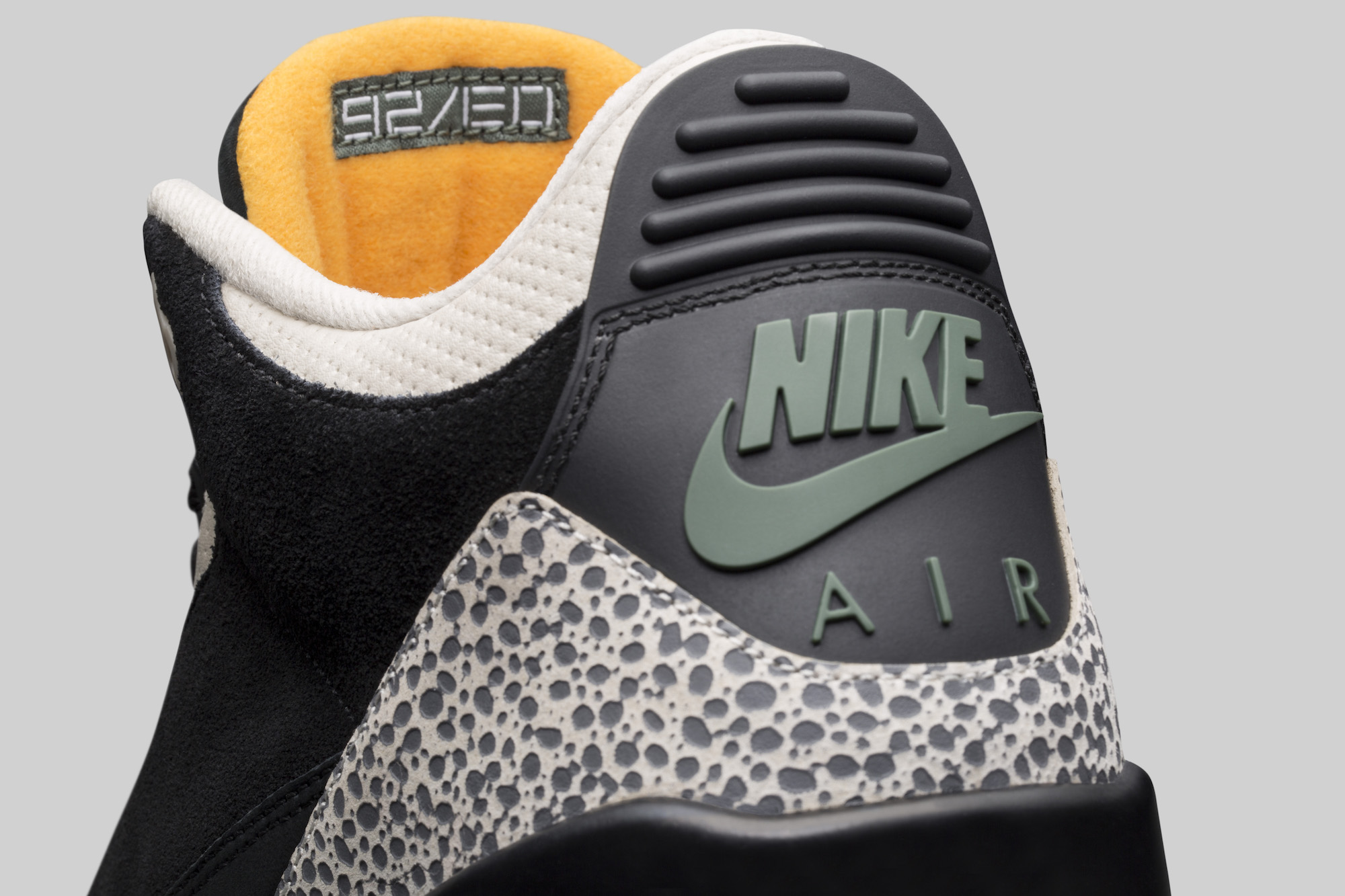 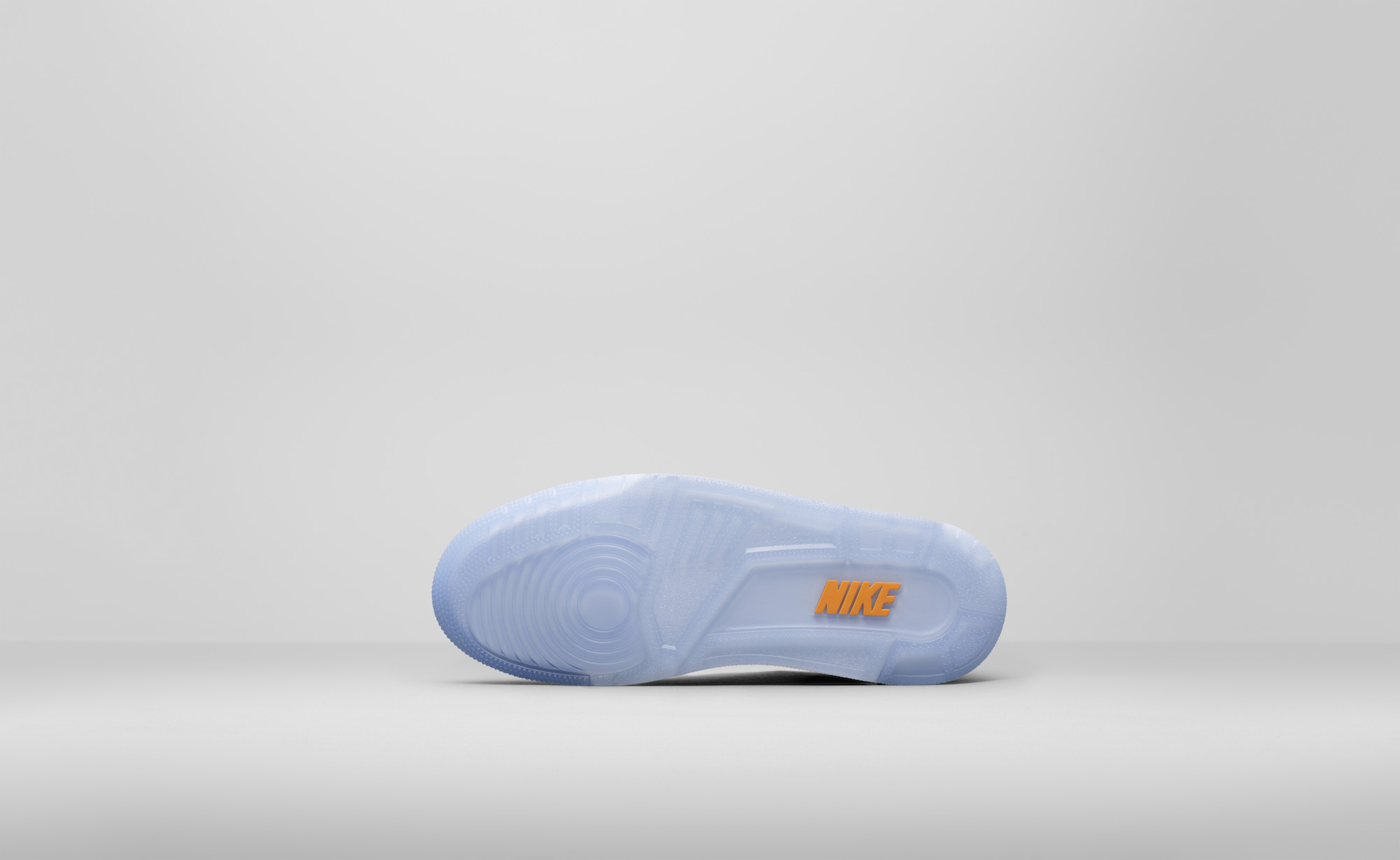 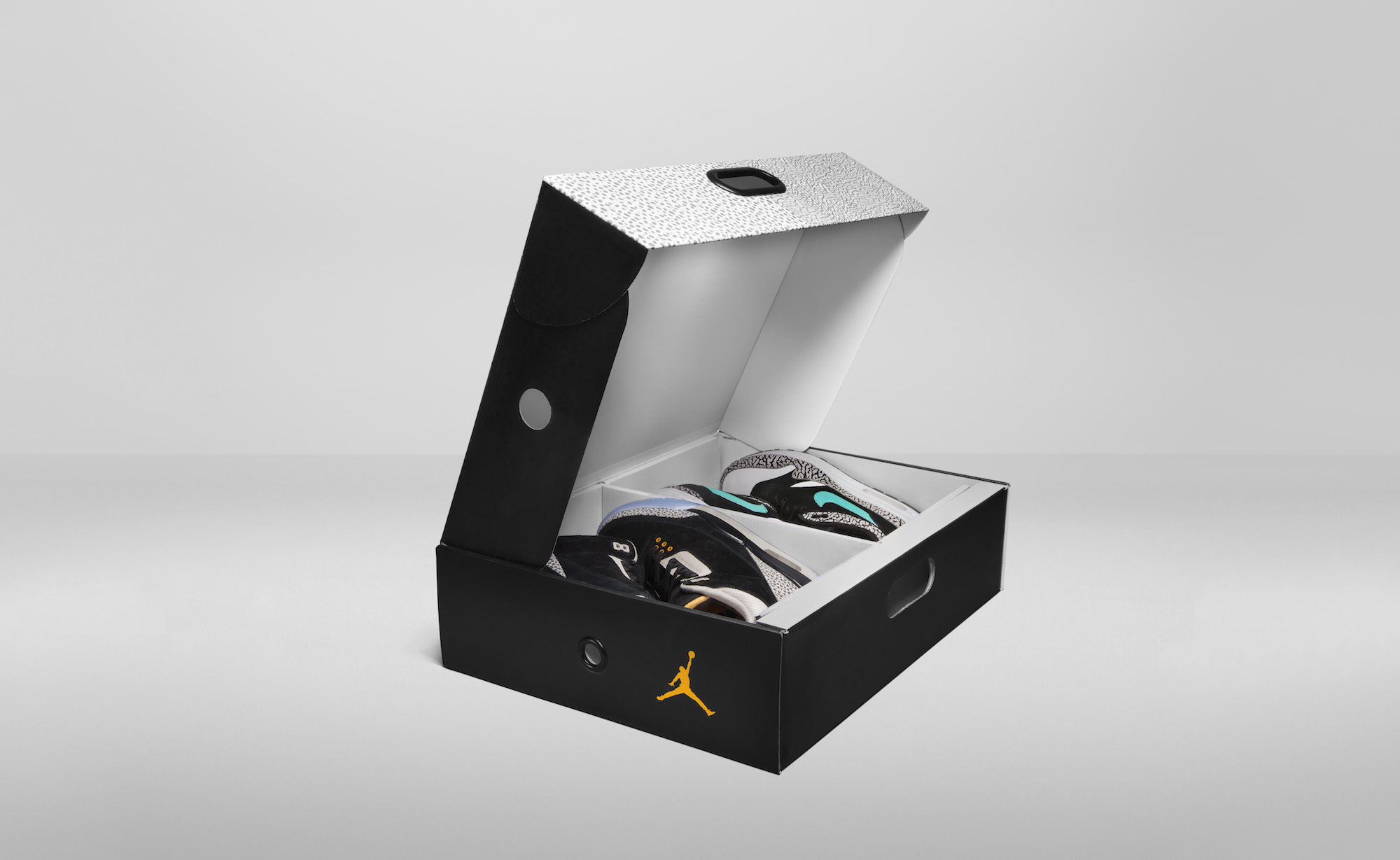