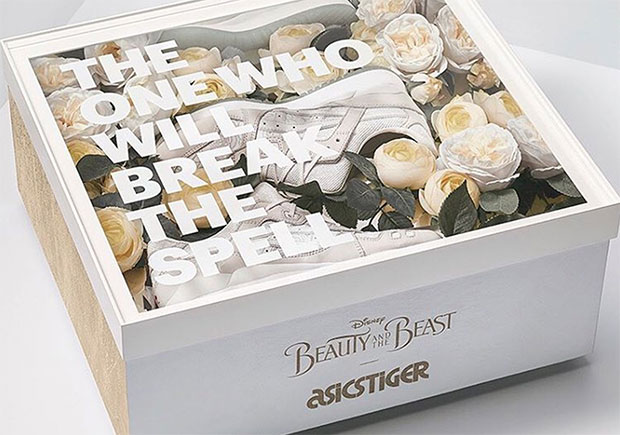 On March 17, 2017, one of the most iconic Disney movies hits the big screen in an epic live action remake. Asics has partnered with Disney for a couple collaborative sneakers to celebrate the new rendition of Beauty and the Beast.

The Asics Gel-Lyte III gets the spotlight in this project, coming in a total of three colorways: two “Beauty” colorways and one “Beast” colorway. According to Asics, the sneakers use materials and patterns from the actual costumes in the movie.

Both “Beauty” colorways take an interesting approach to representing Beauty; one Gel-Lyte III used a white base, the other a pinkish-gold shade. Both feature details of that echo the mystical rose from the storyline on the toecap. The heel of one shoe will use the usual Asics Gel-Lyte III branding, the other Disney branding. 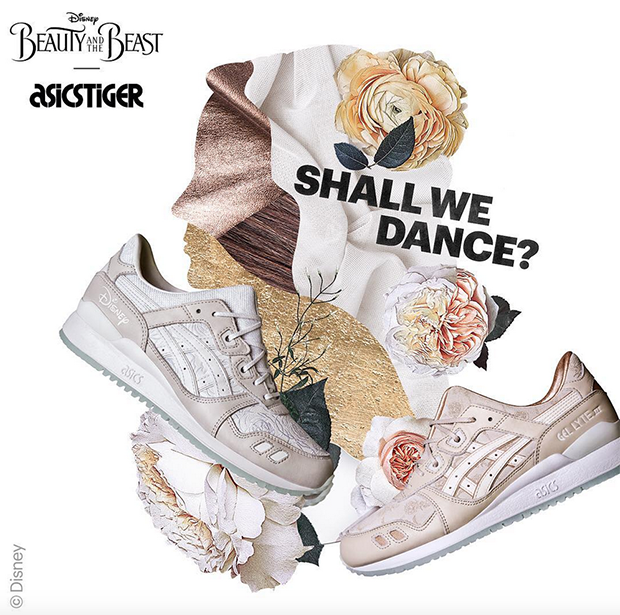 The pair for “Beast” takes a darker approach to embody the Beast. The upper of the shoe features two shades of brown suede. Deep blue accents and a velvet split tongue honor the royal lineage of the Beast. 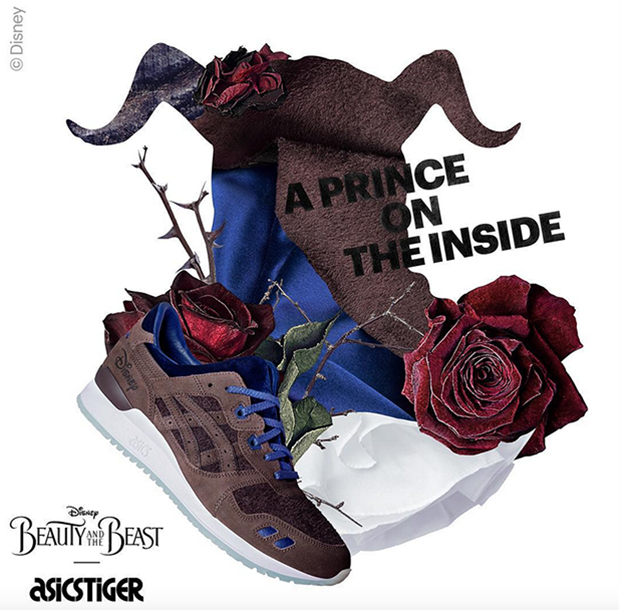 There is currently no release date for this special Asics x Disney project. However, the sneaker brand has announced a special giveaway for a pair of the collaboration in a unique collector’s box. The winner for the giveaway will be announced on March 3. Check out Asics’ Instagram page for the full details.

Do you like the idea and/or execution of the collaboration? Are you excited for the movie? Let us know. 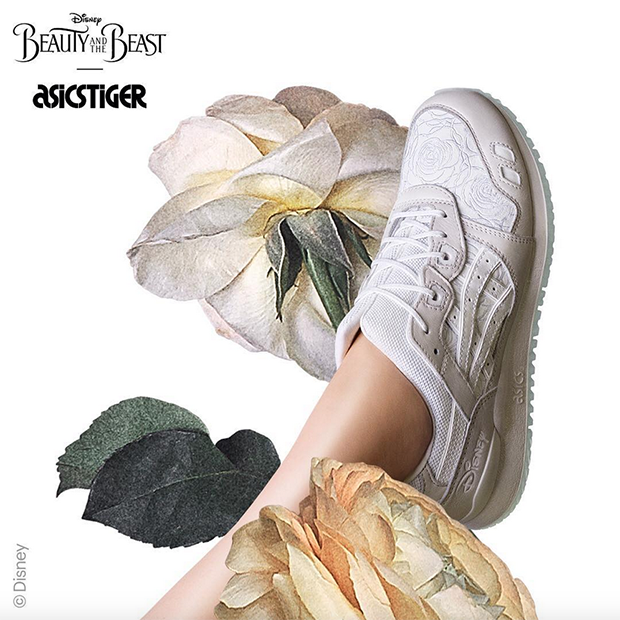 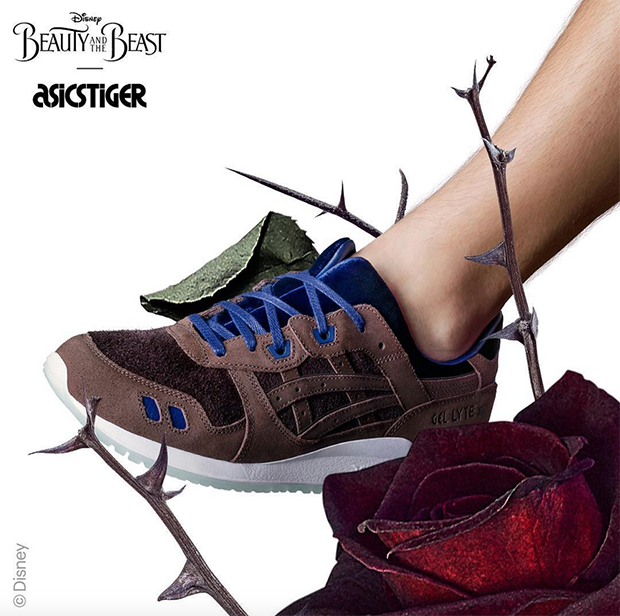