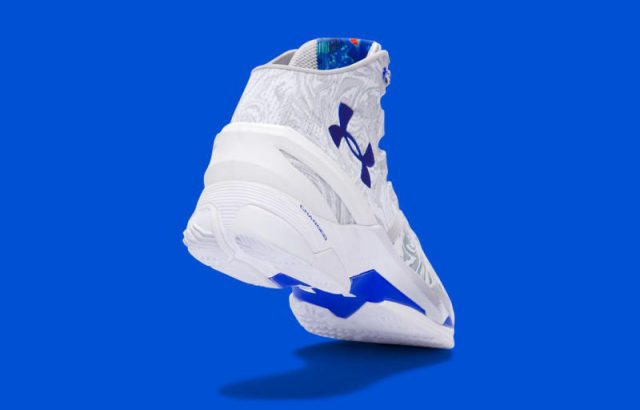 With all of the talk regarding Steph Curry’s second signature shoe right now, UA and Curry are getting more attention when a new Curry shoe is released. Following the recent releases of the ‘Dark Knight’ and ‘Chef’ colorways, the Under Armour Curry Two ‘Waves’ will release later this week.

The Under Armour Curry Two ‘Waves’ is exactly what it sounds like: wavy. The entire upper of the shoe is covered in a light grey wave graphic. The base of the shoe looks to be white, both on the Speedform back panel and synthetic on the toe. On the toebox there is an extra Fuse overlay that protects the material from toe drags, which can be found in a metallic silver. Hits of blue finish off the shoe by hitting the Under Armour logo on the lateral side of the shoe, the SC30 logos on the tongue and toe, the Charged branding along the midsole, as well as the midfoot shank. 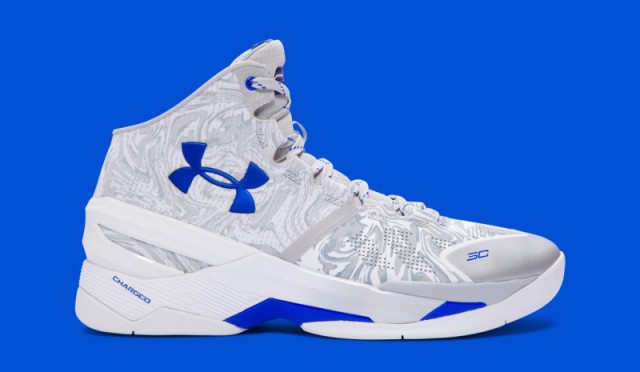 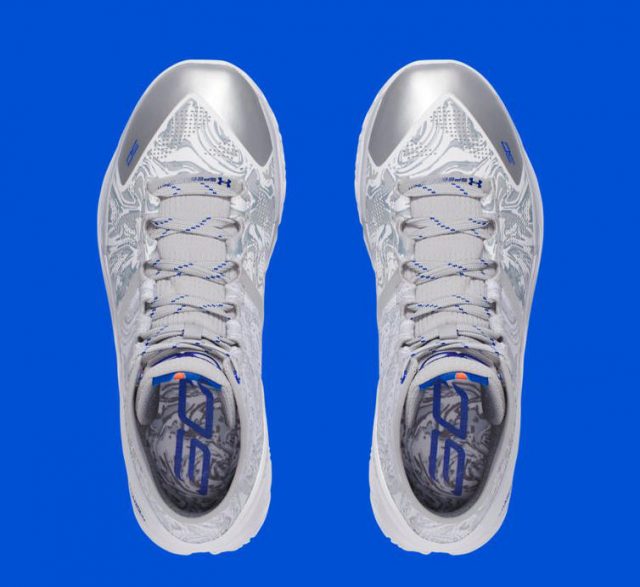 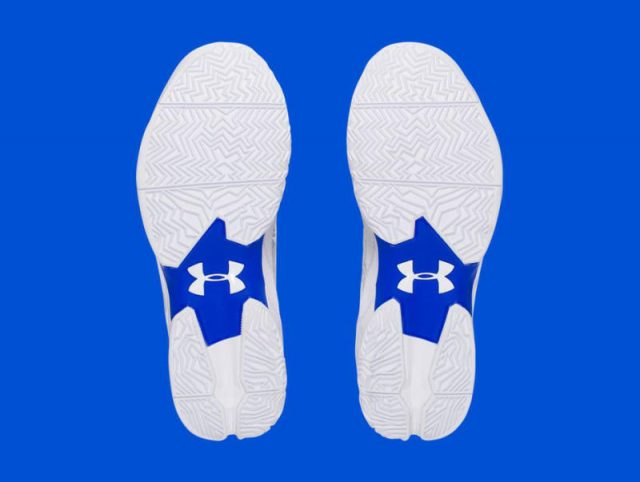