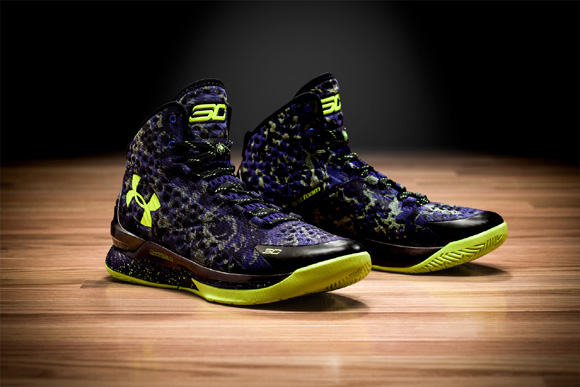 Stephen Curry will be starting in his second straight All-Star appearance during the NBA All-Star game.

The pair of kicks he’ll be lacing up is a special edition version of the Curry One that has been dubbed ‘Dark Matter’. These will release in limited quantity alongside the ‘Home’ version of the shoe on Feb. 13th, for more detailed information you can check out the press release below.

Who’s ready to grab a pair of Curry One’s, and which colorway are you trying to lock down?

Press Release: As Stephen takes the floor for the 64th annual All-Star Game in New York City on February 15th, he’ll be debuting the “Dark Matter” Curry One, signifying both the internal belief that continues to charge his journey, as well as the energy and explosiveness of his game.

Dark Matter is believed to make up roughly 80% of the universe, but is comprised of materials that scientists cannot directly see or observe. Similarly, much of what drives Stephen cannot be seen by the naked eye, including his determined belief in himself, the unwavering support of his family behind the scenes, and the endless hours he’s committed in the gym when no one is watching to reach the ultimate height of his sport.

A custom atom-inspired woven label can be found accenting the shoe’s tongue, highlighting the responsive energy found within the shoe, and the energy surrounding Dark Matter within the universe. Featuring Charged Cushioning underfoot for explosive responsiveness and an Anafoam upper for zonal support and comfort, the Curry One provides Stephen with the cushioning, support and lockdown that his game demands.

The “Dark Matter” Curry One, blending the deceptive nature of Stephen’s game in a Purple Rain camo upper with explosive accents of X-Ray throughout, will be available in limited quantities on Friday, February 13th, in New York and online at UA.com, Eastbay and Foot Locker. 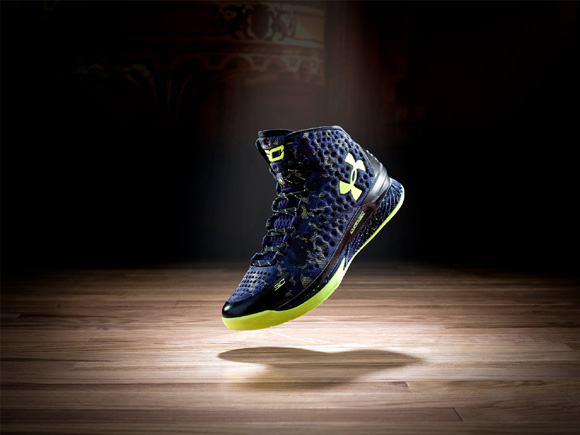 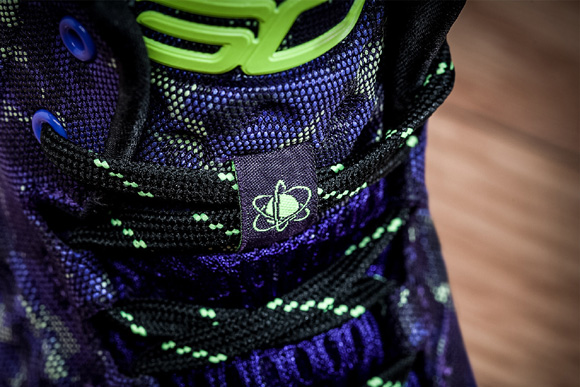