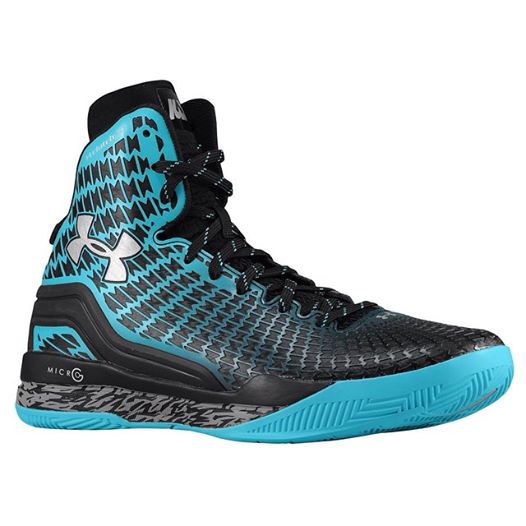 I see a lot of teal, but no purple.

The return of the Charlotte Hornets has not only the whole city of Charlotte buzzing, but also the sneaker community as we are getting more colorways featuring the famous purple and teal. This colorway of the Under Armour ClutchFit Drive was seen worn on court by UA athlete Kemba Walker. Kemba’s logo can be found on the tongue, while a black and teal upper provide a nice gradient effect for a unique look. A teal outsole and tiger camo midsole are also a nice touch, but I’m still left asking “Where is the purple!”.

Personally a purple inner lining would have set this colorway on fire, unfortunately beggars can be chooser,s but  I promise you I will lace swap purple laces in place of the black/teal speckled laces this colorway ships with. The ties to Kemba Walker alone is enough for me to pick up this colorway as he is one of my favorite players in the league and even set the very gym I grew up playing basketball in (the Lahaina Civic Center) on fire during the Maui Invitational.

Oh and if you don’t know,