Woven, woven, woven — what did we do before woven textile uppers appeared? Honestly, woven uppers are the closest thing to mimicking leather as far as fit and forming around a foot, and now Under Armour joins the fray with the Charged Controller.

Yes, the Curry 3 used Threadborne, but it was a stiff, supportive material, not really soft and comfy. The Controller is a running shoe with traction. Don’t believe it? Read on… 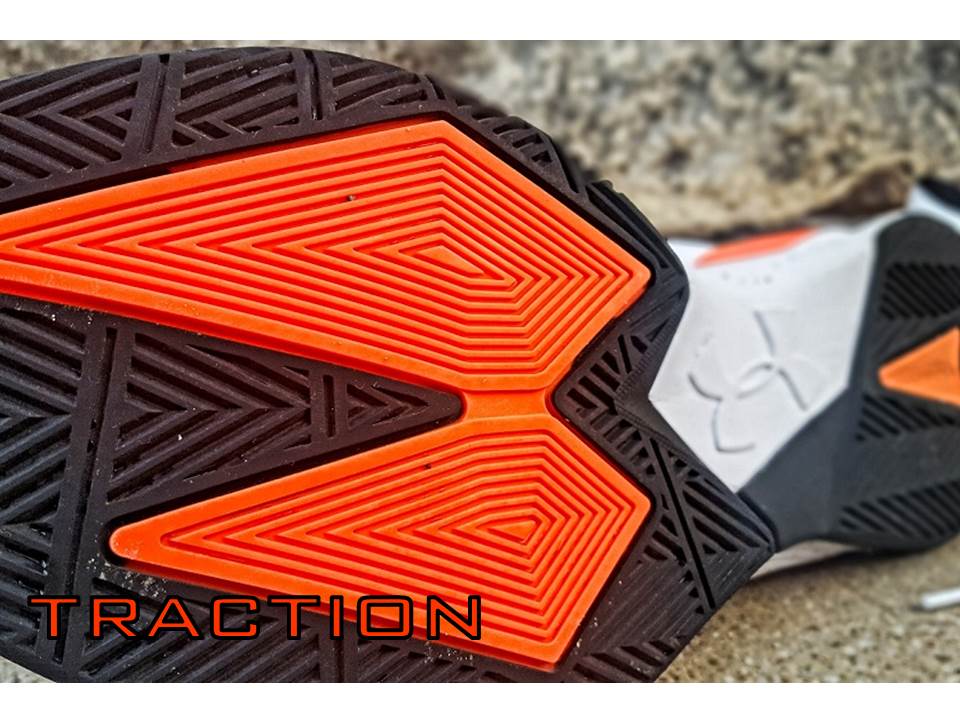 The traction pattern is the exact same as what was used on the Clutchfit Drive 3, and again, reusing the outsole is not always a bad thing. We saw the Hall of Fame Curry 2 traction recycled on the UA Longshot and it worked, well. The Controller traction works really well on clean courts, but it grabs dust like Pigpen. The orange inserts in the pic above are very tacky from the go, offering great traction right under the ball of the foot for pushing off when driving, while the black areas are serious herringbone that grabs the edges.

However, that sticky orange rubber needs to be wiped a ton to stay gripped, because if it grabs dust under the balls (of your foot) it completely slicks over. Dusty courts eat these alive. Outdoors, you should be good for a couple of months because the rubber, especially the black areas, is thick and decently stiff. The orange may lose tack but will still be durable. 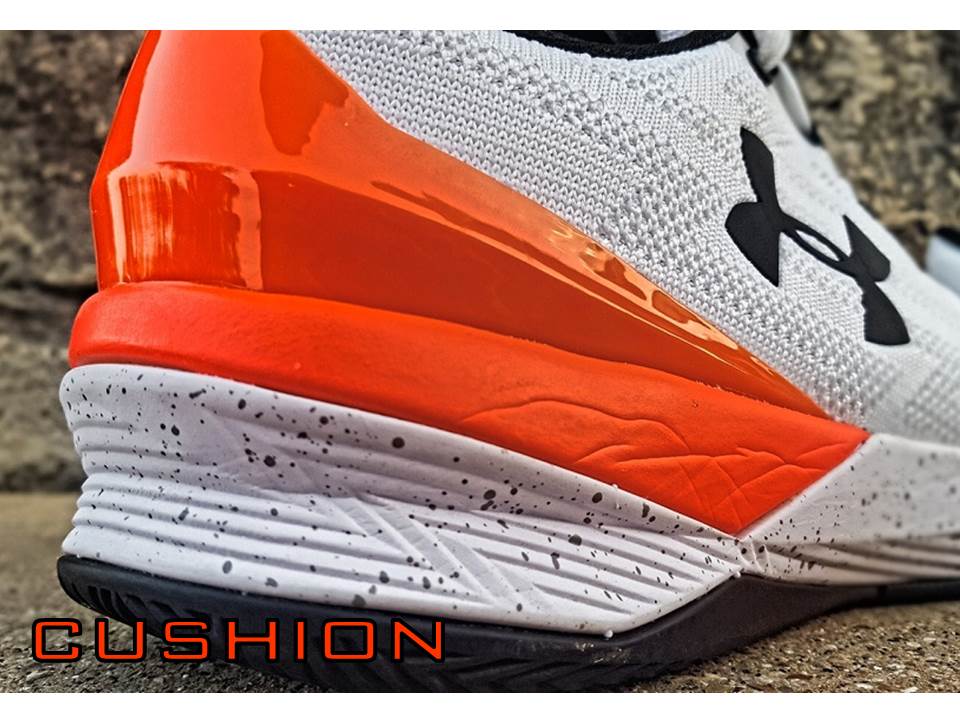 This was the hardest area to judge because, according to tech description, the Charged Controller utilizes a full-length Micro G carrier foam with a Charged Cushioning crash pad. Sounds great, and after about ten games it feels broken in and responsive, but it still isn’t that Micro G plush, bouncy feel. The ride is low, great for a lowtop and for court feel, and after that break in you can feel the crash pad begin to work — you begin to feel the bounce.

Couple that with the sculpting around the heel for compression and the impact protection and “plush” begins to show up for games. The forefoot feels like straight Charged, or really stiff Micro G. For what the midsole lacks in cushion, it makes up for in feel, and the Controller feels quick. The combination of the low ride and stiff midsole gets you in and out of moves fast with no lag time waiting on the shoe to catch up, because when you push off there is no sink into the footbed. Impact protection stands up to anything thrown at it; I felt no pain in the knees from jumpers and lower back forces were absorbed and gone. 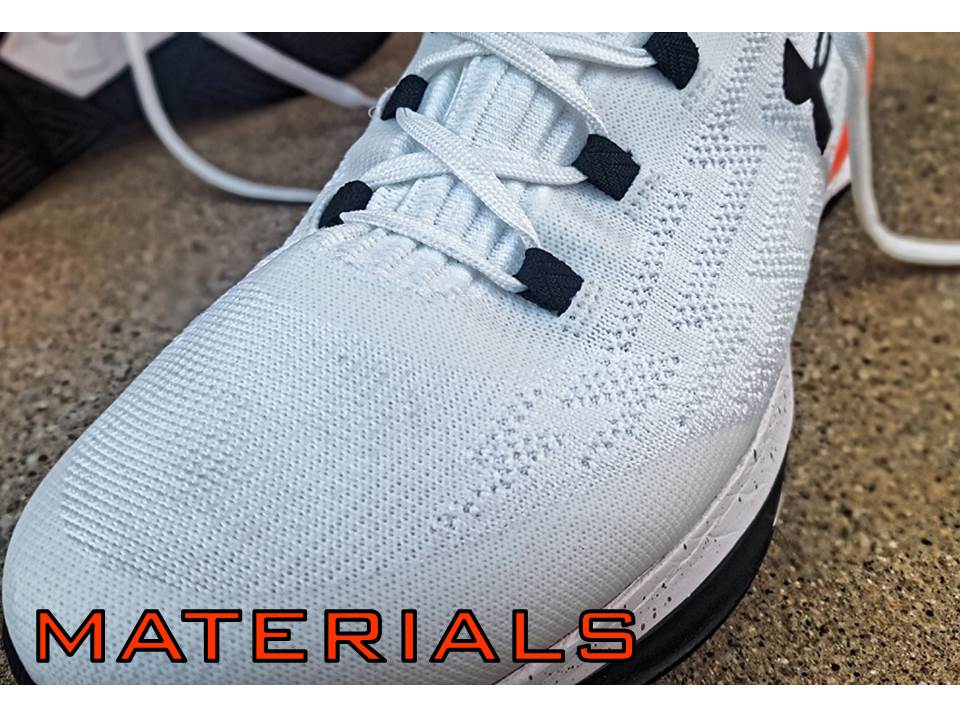 Oooohhhh, Under Armour has woven for basketball! If there is one thing Under Armour has always been able to do it is make comfortable, form-fitting products, and lately its shoes are no different. The Threadborne in the Controller is nothing like the Curry 3; it’s soft, pliable, and very flexible. There are areas of tighter weave around the forefoot for stability and containment but those areas are still comfy. There is a cloth backing, so the weave is not as open as on a shoe like the CrazyLight 2015, but still the shoe flexes and responds with every movement.

There are small areas of glued material covering the tip of the toebox, like most companies do now, for added durability and strength on toe drags, but that’s it. Honestly, this is one of the most comfortable basketball shoes this season. Compared to the Curry 3, this feels like a completely different material, and shows true promise for the next version. The Threadborne also allows for patterns to be sewn in, which, if you look at the other colorways shown here you can see the design potential. Let’s get crazy with the colorways, Under Armour. 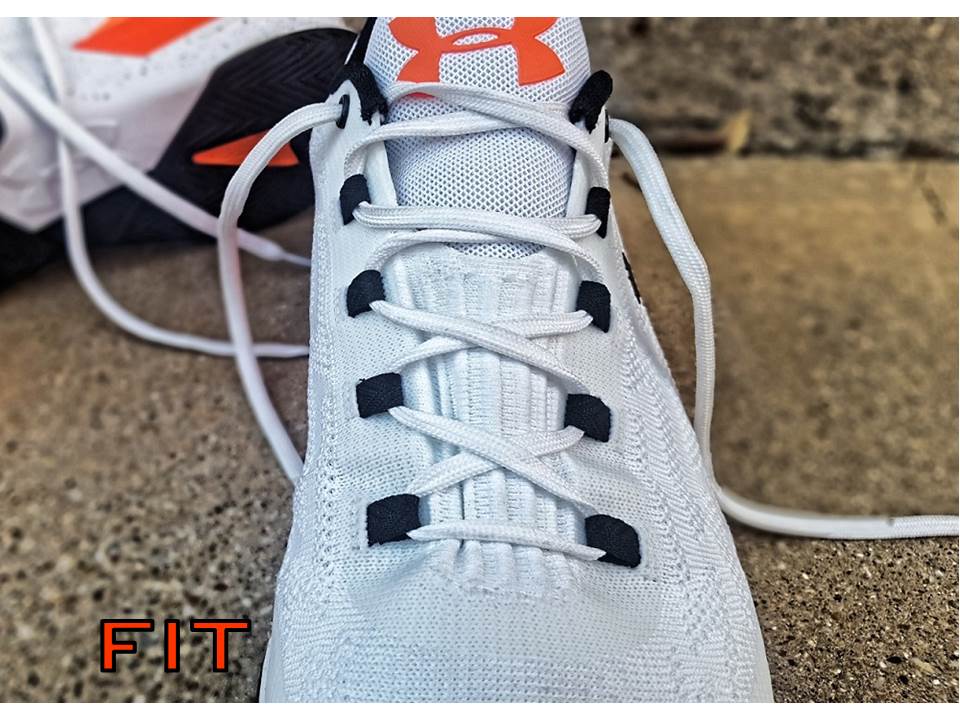 One thing about woven uppers: the fit is usually dead on, and the Controller gets it nearly perfect. The lacing system allows for some serious adjustments so even wide footers should be happy. However, the shoe can be pulled tight enough that all but the Kevin Durant banana feet people will be good. The heel is padded and contoured nicely around the Achilles, locking your foot in and allowing for just a little slip at first. After about four games you will be locked in as the padding breaks in.

Lengthwise, the Charged Controller gives me a true 10.5 about 3/8 inch of space between the end of my big toe and the shoe. With not much wiggle room vertically, this is welcome for toe splay while playing.

The only complaint on fit is lacing tight to stop heel slip gives lace pressure on the top holes. A tongue with denser padding would stop that, but it isn’t enough to throw the Controller out.

As for that tongue overlay, it is elastic and stretches with the shoe as your foot goes in, providing a little extra containment on lateral moves. I honestly couldn’t tell it was there (I felt the lace straps pulling more) but it looks cool anyway. Wide-footers need not worry because it can really stretch. 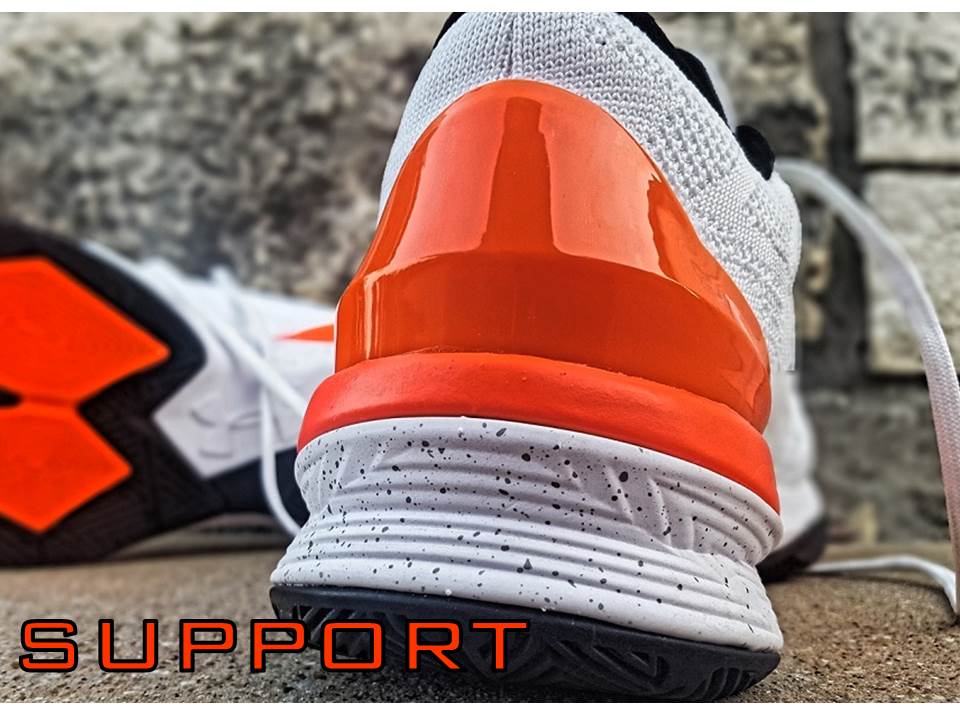 Like most lowtops, the Charged Controller is built for speed and agility so support structures are not welcome. Starting at the rear, there is an external heel counter to keep you locked in under the padded collar and to keep that ankle upright. The heel midsole/outsole combo sits a little wider than the upper so that base helps with those off-center landings. Coupled with the compression zones in the midsole, ankle rolls while normally playing aren’t likely. Land on a foot though, your bad luck.

As for the midfoot and forefoot, it’s normal structures; an internal midfoot shank for plantar support, a lacing system that locks your foot into place and contains on cuts and slides, and the tighter woven areas help hold your foot over the footbed. There isn’t much, and the Controller plays like it — smooth, free, and flowing. If you need some serious upright stability help, look elsewhere. If you enjoy shoes that feel like they aren’t there, sit down and take a look. 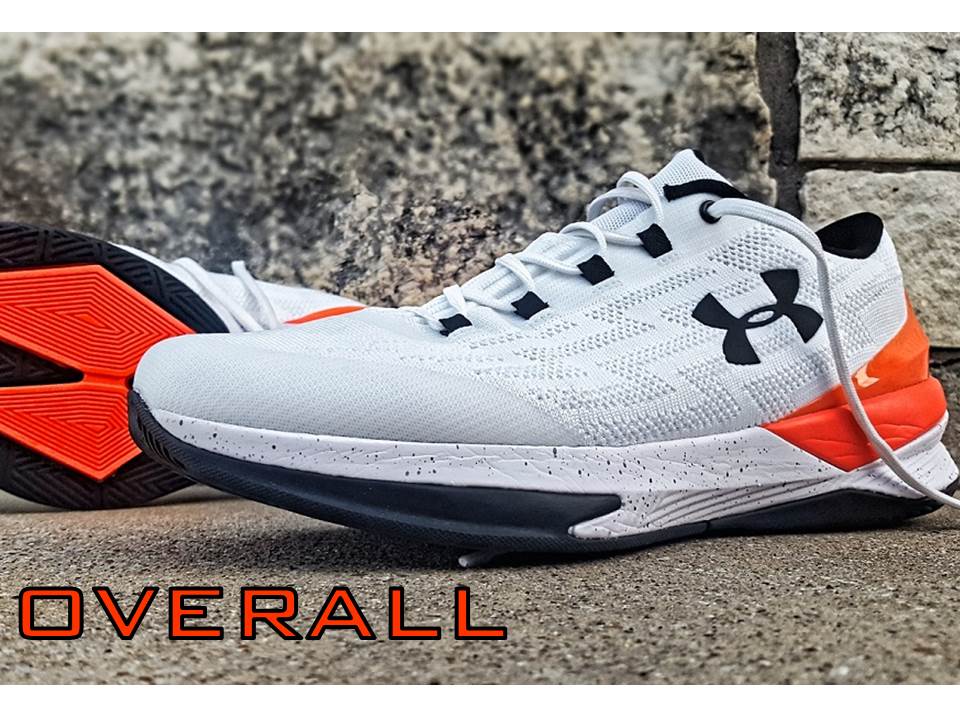 It’s nice and smooth. Sometimes I play slow, sometimes I play quick, and the Under Armour Charged Controller fit whatever needs the game called for. It was quick, low-riding, well-cushioned but not super soft, with a locked in fit just stable enough to make me feel bulletproof.

However, if you play on a court that hasn’t seen a dust mop in a couple of years, keep looking — the Charged Controller will have you slipping like Wale. Just keep wiping. The Curry 3 had us worried about the future of Threadborne, but the Charged Controller brings it back. Under Armour has always had a handle on fabrics and fit, and it still has the Shammgod in those categories.

Look at the UA Charged Controller if you enjoyed the Curry 1 Low and your pair is worn out, or if you like the Clutchfit Drive 3 but want a lighter ride. Under Armour Basketball may be all Curry right now, but not because of shoes like the Charged Controller. Don’t sleep. 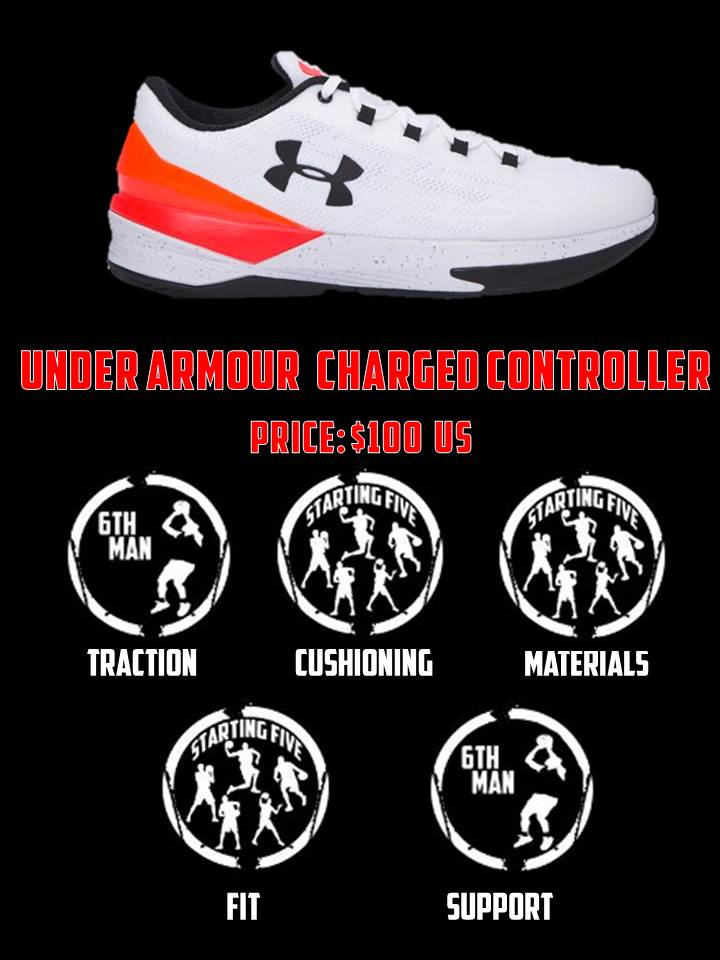