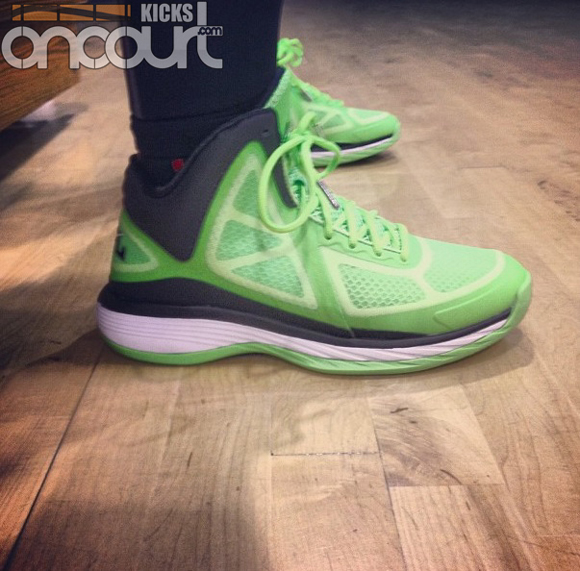 The APL Concept 3 and its predecessors have been banned from the NBA. Will they improve your game? Find out in our APL Concept 3 Performance Review… 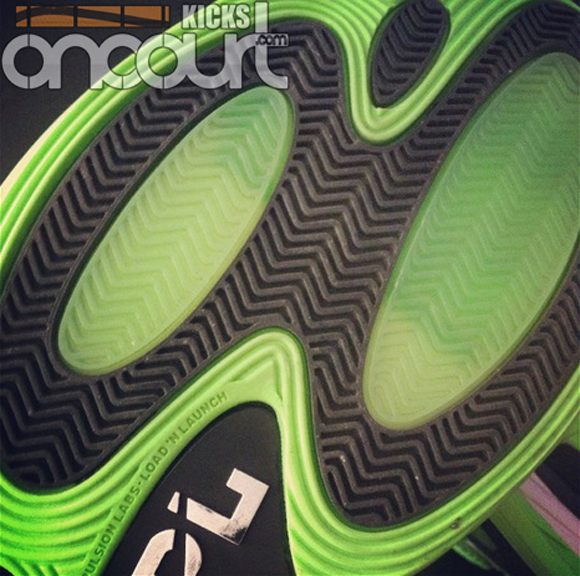 Traction – Upon first impression… I wasn’t really enthused. Shallow herringbone was in place within a pretty dense rubber outsole that featured translucent sections in ever spot I wish they weren’t. To my surprise, the traction was excellent. Not a pure 10 out of 10 but pretty damn close. The only thing holding the overall traction score down is that it is pretty shallow so outdoor players may not want to use them unless they wish to replace their new $175 purchase sooner rather than later.

It’s stated that no-slip rubber is used and it actually works. Only on the dirtiest of courts did they have issues gripping the floor but even then, they did better than others have in the past. If I were to describe the traction in one word; reliable is the only one that comes to mind. 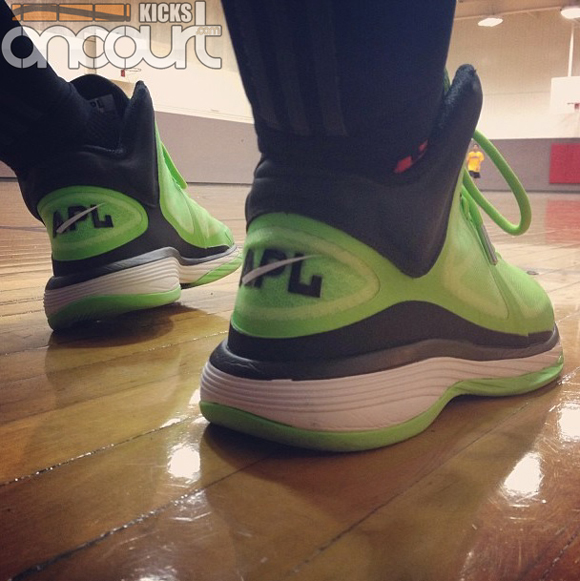 Cushion – The cushion was nice for a foam only setup – a foam only setup that isn’t a special blend of foam at least. The APL Concept 3 & the Ektio Breakaway both use basic foam midsole as their only cushion source and I’m happy to say that they both worked perfectly fine. It’s not dense but not too soft… basically, it’s just right. Just like the Ektio Breakaway – compression grooves are used throughout to help with compression and stride which lends a hand to the overall cushion.

The forefoot is minimal. Not as low to the ground as say the adidas Crazyquick but very close. On the other hand, the overall feeling is similar due to the Load ‘N Launch technology placed in the forefoot so less cushion is featured in this section. An Ortholite insole is provided which helps with step-in comfort but it’s not enough to provide you with actual cushion. 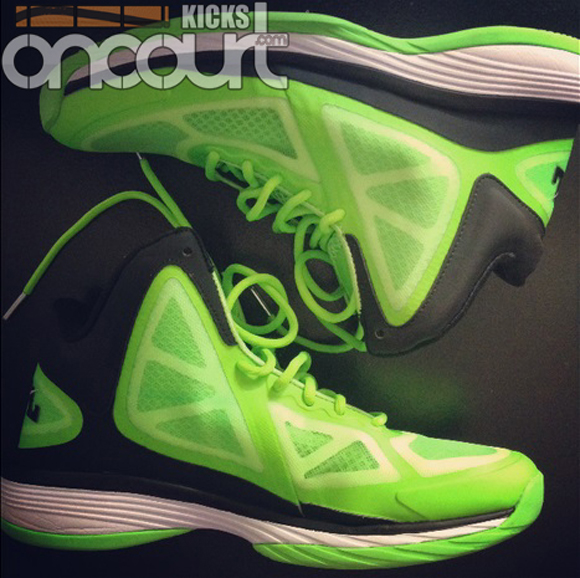 Material – Fuse-like synthetics are used throughout the upper and they work just as expected. They’re durable, light, and pliable. No issues with hotspots or chaffing… just a smooth upper that fits like a glove. Let me just put it this way; for $175, I felt like I received a quality product. 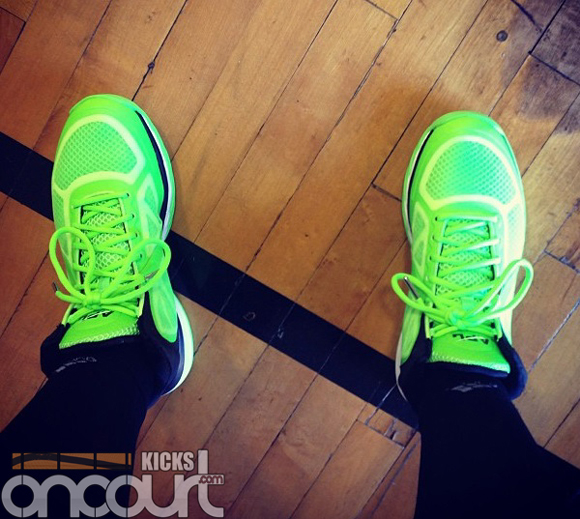 Fit – They run ½ size small so it’s recommended that you go up ½ size. Wide footers? Not sure to be honest. I don’t have wide feet and I needed a ½ size larger than normal just because they run short, not tight.

Lockdown throughout the entire shoe is pretty much immaculate. From front to back, you are locked into place and dare I say… this is one of the best lockdown fitting shoes I’ve worn in quite some time. They remind me a little bit of the KD V’s fit – which I loved – but without the horrendous break-in period.

The collar lining is also really nice… and I mean REALLY nice. I know this is a little thing to note but trust me, it’s worth mentioning. 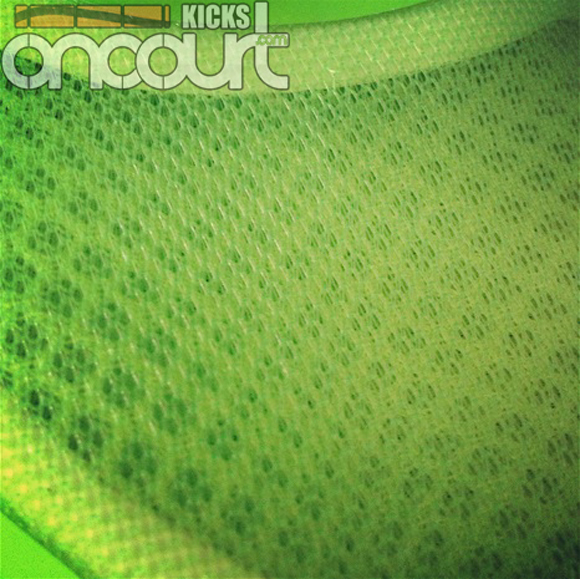 Ventilation – Best overall ventilation in a shoe since the original Crazy Light. That is all… 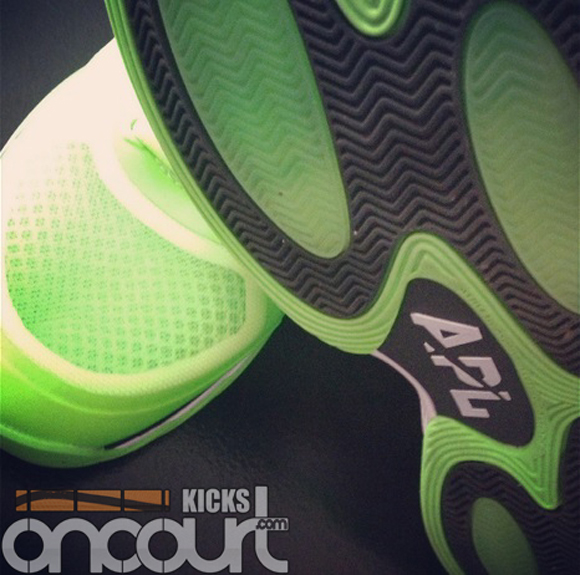 Support – Due to the great fit and lockdown, support is pretty much covered. There is also a shank plate in place for torsional support and I didn’t notice anything out of the ordinary with the arch… felt like a Hyperfuse. 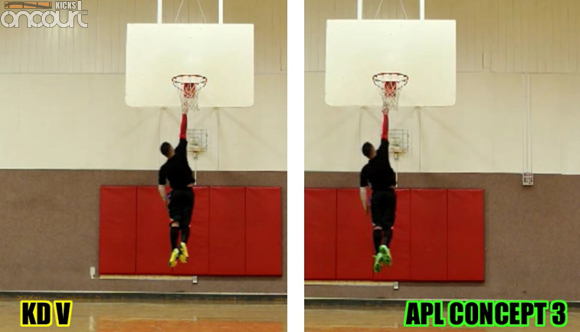 Jump Test – I tried but I could not get any results. I’m not a leaper so that could have something to do with it but overall… I jumped exactly the same height in these as a regular shoe. This part of the shoe will not be applied to the score card.

Overall – Forget about the Load ‘N Launch technology, these are just really good hoop shoes. Very few mistakes were made while designing these and the only real mistake that I can say they have is with the sizing issue. In my personal opinion, the Load ‘N Launch technology is a placebo type of thing… you trick your brain into thinking you are doing something that you aren’t. Or you trick your brain into doing things you never thought you could… essentially unlocking a hidden talent. Unfortunately, I don’t have such hidden talents… I just can’t jump but I can accept that.

If you were interested in trying them out yourself, you can grab them now at Athleticpropulsionlabs.com. 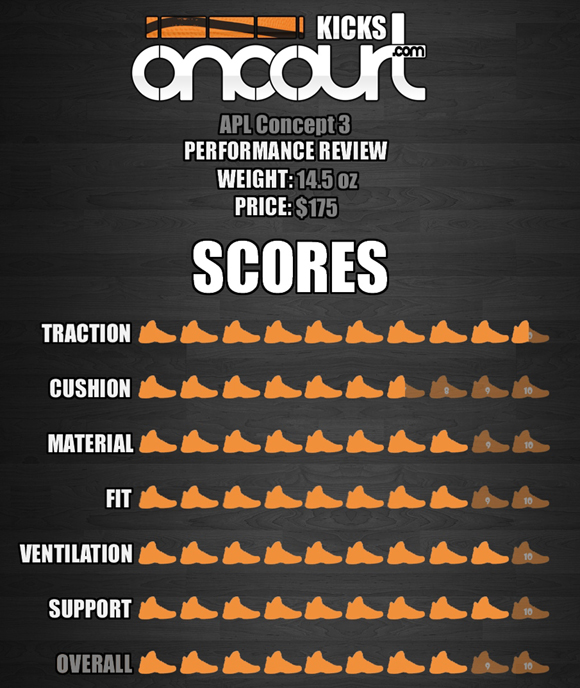