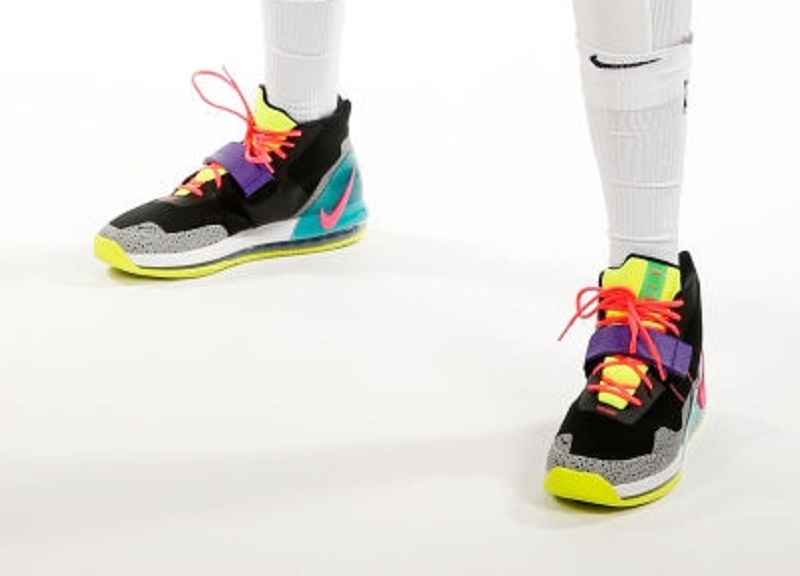 It looks like the 2018-19 NBA season will introduce a new Air Force Max sneaker into Nike Basketball’s lineup.

Whether you are an NBA fan or true sneakerhead, the words “Air Force Max” only bring to mind one image: Charles Barkley. Ok, two images — there was a group of five freshmen in the 1991 NCAA Tournament that might have worn the original Nike Air Force Max with baggy yellow shorts, black socks, and MICHIGAN across their chests. That was then…

The NBA held its annual media day on September 24, and on top of seeing players in their new jerseys, we always get a preview of the upcoming kicks for the season. Rarely are we surprised, as leaks and early images seem to always surface, but there he was — Anthony Davis — sporting a crazy-colored shoe we had not seen before. Enter the 2018 Nike Air Force Max.

We don’t have word on any official design or tech specs just yet (you know we are working on that), but from the images, cloudy as they are, we can see a full-length Air cushioning system, mesh-with-fuse upper, large heel counter, and a strap — it has to have a strap.

It has been a long while since we have seen a full-length Air Max system in a basketball shoe (the Nike Hyperposite was the last one), so fans of the large window have been waiting a few years, but it appears now that Anthony Davis and Nike are bringing it back.

So, WearTesters, what do you think of the shoe from these images? Have you been waiting for the return of Air Max? Is it a technology past its day? Let us know below and get the discussion started.