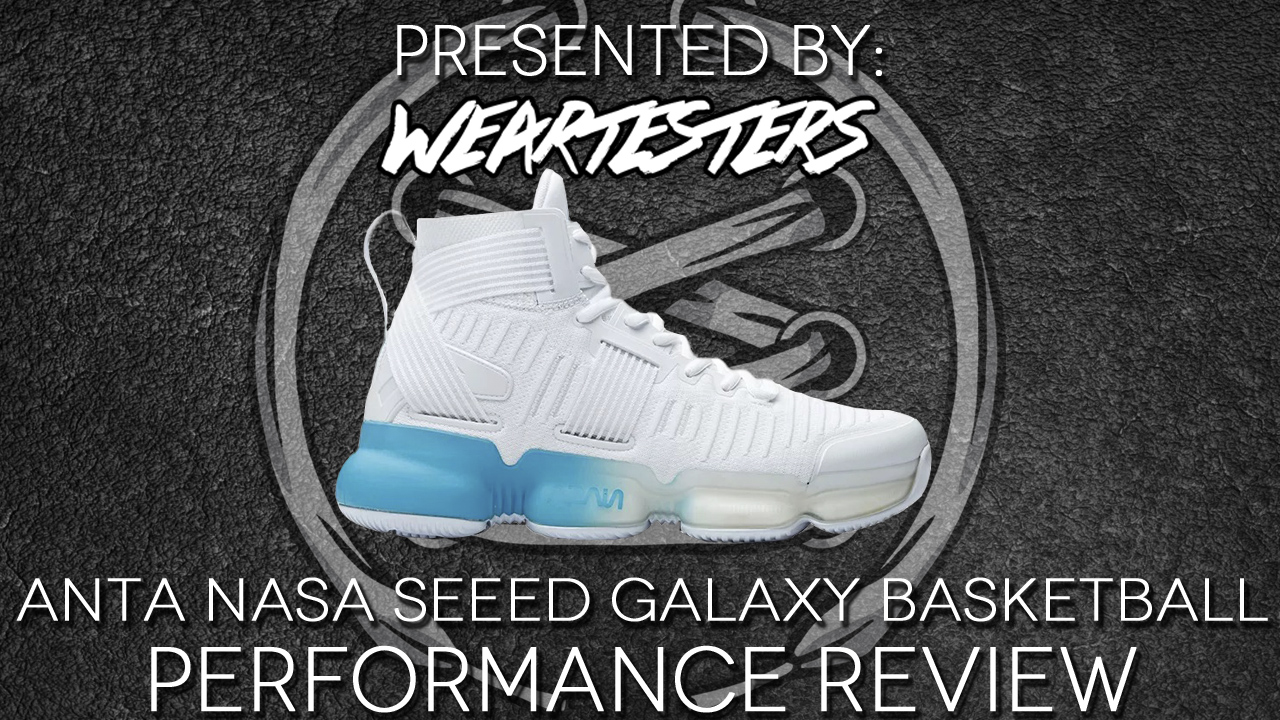 ANTA makes some great performance products. The NASA SEED GALAXY just isn’t one of them.

The traction isn’t bad, but it isn’t great. It’s somewhere in between. To keep it short and sweet: inconsistent.

When the shoe gripped things were good, obviously. But there were times when the traction would just give out, dust or not. It was weird and unreliable. Even when the outsole gripped it didn’t have the traditional bite that you’d expect solid traction to provide.

It could be due to the pattern being flat in most areas, but I’ve had similar patterns perform really well. I couldn’t pinpoint what went wrong. I just know that the outsole wasn’t what I’ve come to expect from ANTA basketball products.

The midsole is very thick and you notice it right away. Yes, the shoe gives something like the LeBron 15 a run for its money in terms of how high off the ground you feel.

Dense is the best way I can describe the platform. The foam seems to be some type of polyurethane, but that is just a guess and not a fact. It’s described as something that offers high rebound and impact protection but I didn’t get that from the shoe at all.

Instead, I was sitting higher off the floor than I think I’ve ever felt while the transition was extremely clunky and slappy — to the point where I could be heard coming down the court. There is nothing sneaky about these sneakers, your opponent will hear your coming from a mile away.

The build is one of the nicer aspects of the shoe because it’s a full knit. There is a nylon layer glued directly onto the backside of the knit so it isn’t like what we saw on the ANTA KT3. While this could be seen as a drawback to some, it still allows the knit to move and maneuver like a knit would but with the added strength of something like a leather. This also allows for very little stretch within the upper itself for a little more support while sitting atop that high-standing midsole.

True to size is what I’d suggest for anyone interested in grabbing a pair. Wide footers, you might be good going true to size as well, but this is one of those times when you’ll be taking a risk since there isn’t anywhere for you to be able to try them on in-store — at least not here in the U.S.

Lockdown is very nice, something the shoe desperately needed with the ride being as high as it is. The lacing system is traditional so no real room for error there, but the brand added this dynamic x-strap to the shoe that I’d love to see on other shoes.

The straps are fairly independent, run under the foot/heel, and wrap up and around the ankle. Great concept and great implementation, however, the one drawback is that the material lining the ends of the straps is very thin fuse and when tying the shoe up the area will crunch/crumple up a bit causing me to have to readjust. This one issue caused something that was considered really cool but wound up making it really frustrating when I trying to get on the floor without hassle.

The support is pretty basic in terms of features offered. While the base isn’t wide, the lateral outrigger section definitely protrudes out further than something like the LeBron 15. Its midsole is wrapped along the lateral end in TPU — although I don’t feel this was needed with the foam being as firm as it is. A thin and flexible heel counter is in place which works well with the x-strap. However, without the x-strap in place I don’t feel that rubbery heel counter would be able to contain as well on its own.

This shoe feels like a novelty item rather than a high end performance shoe.

ANTA has made great strides in its design and performance offerings since I first started to test its models — the Rajon Rondo’s RR1 was my very first ANTA experience and the shoe has continued to impress every year since. That is, until this model.

The entire ANTA NASA line of footwear doesn’t seem to be performance driven in general but the shoes do appear be performance-inspired. Maybe that’s what the brand was going for? It’s hard for me to know since I’m not in China and I’m unsure as to how this shoe was presented and promoted. All I know is it was one of the most awkward shoes I’ve worn in a very long time.

I highly recommend ANTA’s Rondo and Klay Thompson models. The ANTA NASA SEED GALAXY? Not so much. 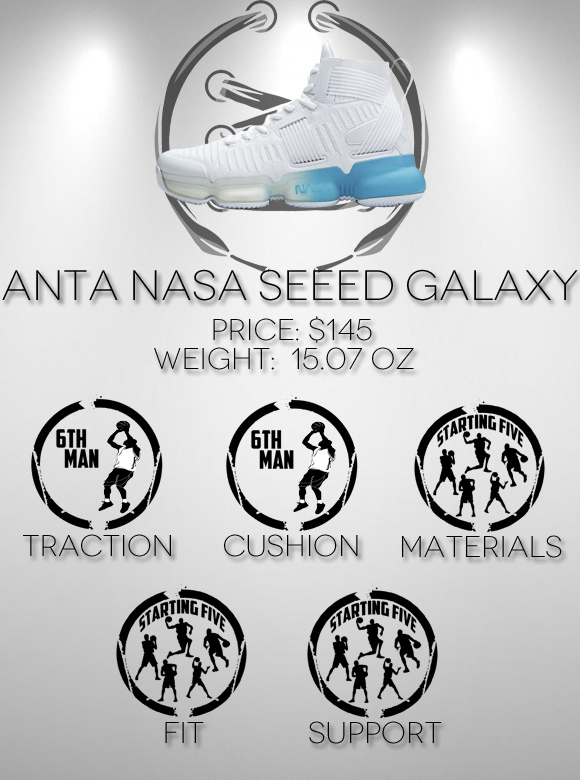